Any options for selecting and then editing an unusual shape?

Image I recently posted on Deviant Art. In the lower left, there is a grassy plant with long slender extensions unlike the ground cover in the rest of the photo. I want to know if there are tools in GIMP (and Nik and G’MIC etc) that would let me select just that one shape? I ask because I know it’s possible to find and edit certain details based on their size, and I got to wondering if there was some clever way to only work on these long skinny shapes? 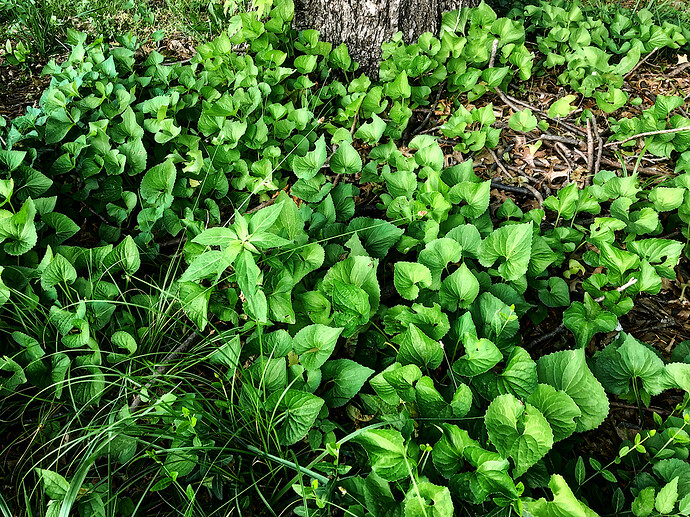 The problem boils down to making a mask that is (say) white where those long slim grasses are, and black elsewhere.

I don’t know Gimp sufficiently well to say how to do this.

It could be done in ImageMagick (and I expect also G’MIC), but it isn’t trivial.

What is a characteristic of, for example, a roughly vertical blade of grass? It has an edge that is close to an edge of the opposite polarity. By that, I mean if we take a horizontal slice though the image, we have a load of dark pixels, then an edge followed by a small number (approx 5) of light pixels, than another edge followed by a load of dark pixels.

So, where we have this situation, the edges and those light pixels between them are part of a vertical grass.

The situation is complicated by the bark and twigs, but those can be manually masked out.

@snibgo That’s actually an interesting technical challenge. I’ll dig out a tutorial on masking in GIMP and see what happens. It may take me a week to get to it …

A drawing tablet is probably your best option