A photo of Hallstatt (Austria); I’m wondering if there is a way of reducing the haze. Here’s my effort: 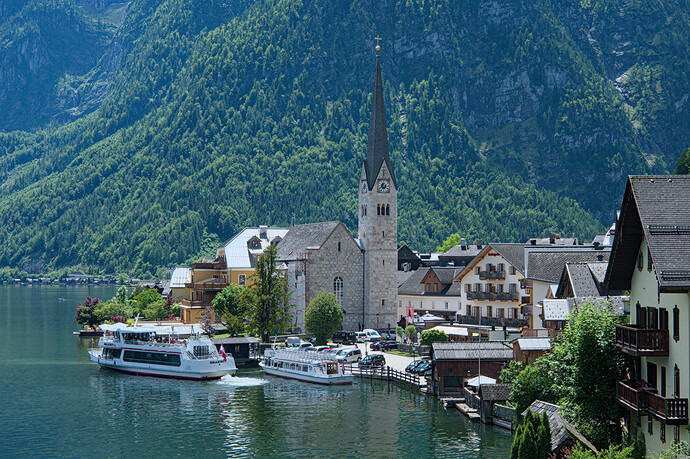 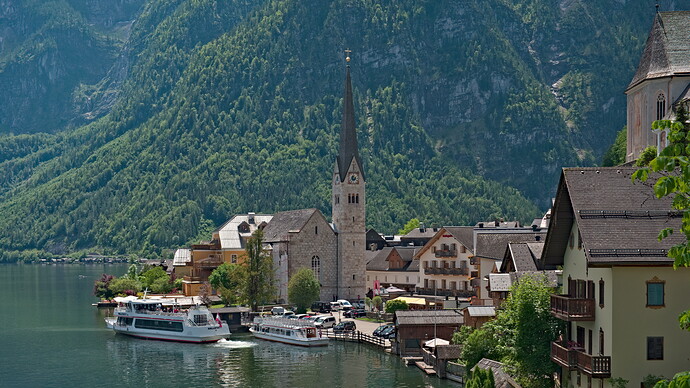 I don’t really see haze. The background is not so far and appears clean.
The only thing I see is a blue cast that is corrected in the processing of @marter.
Nice photo. 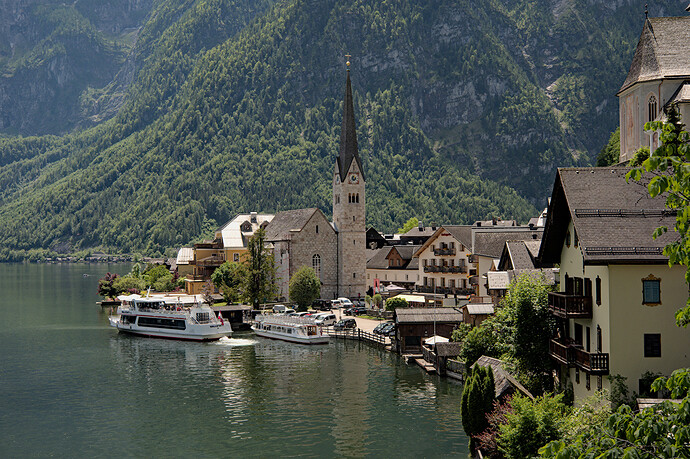 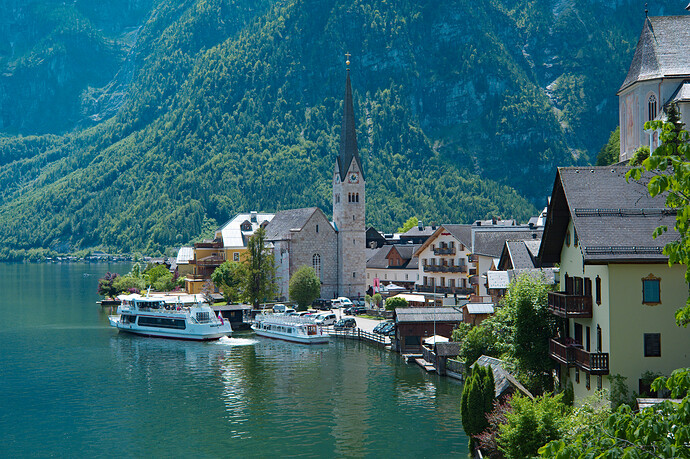 Thanks, my favourite so far. I must admit I hadn’t notice the blue cast, I’ve had another go, correcting it with colour calibration.

A lovely photograph. A quick play in GIMP. 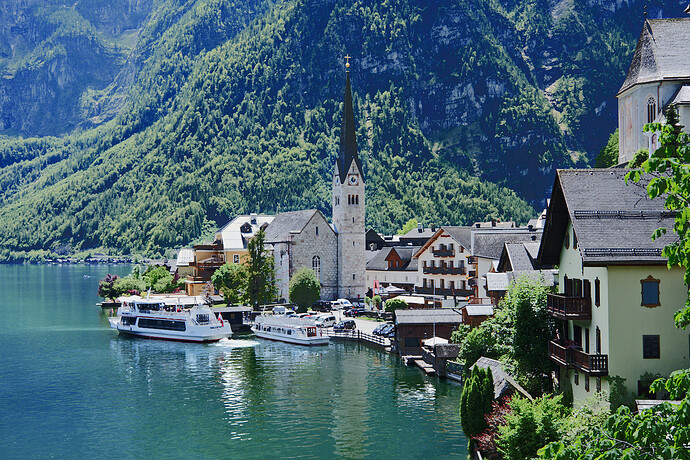 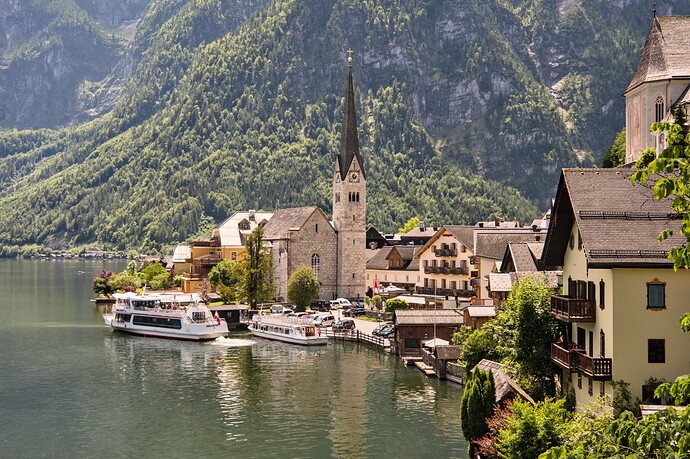 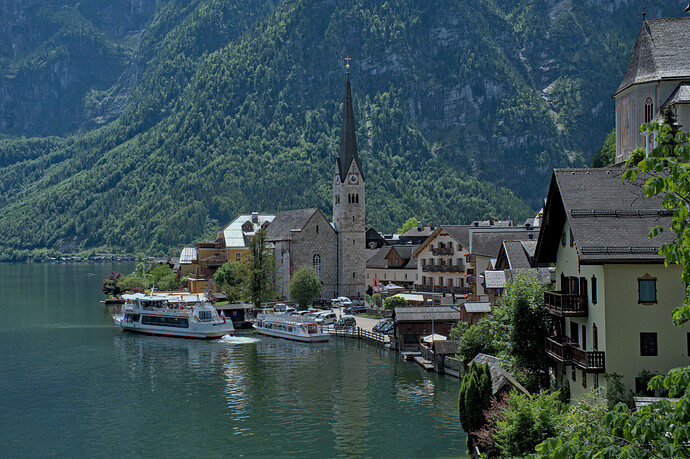 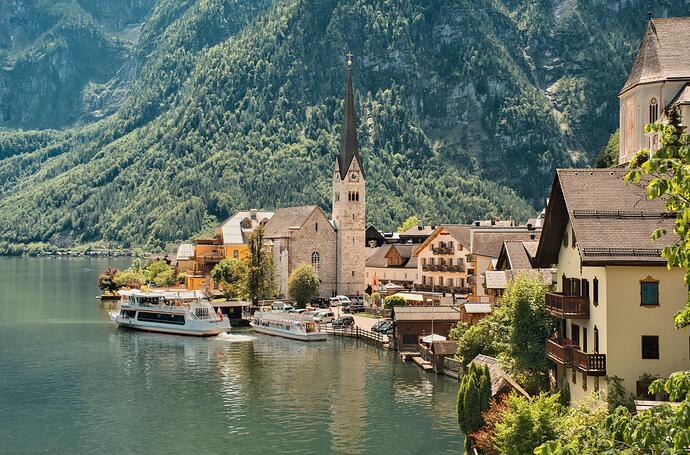 Tried to dehaze using colours and not local contrast because I like the background to stay behind and the foreground to stand out.
Added a small blur on the lake, not sure it’s a good idea ! 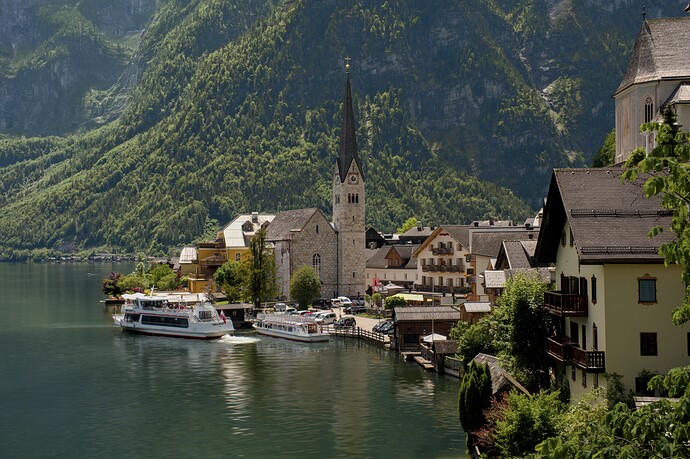 Some great interpretations here, thanks all. 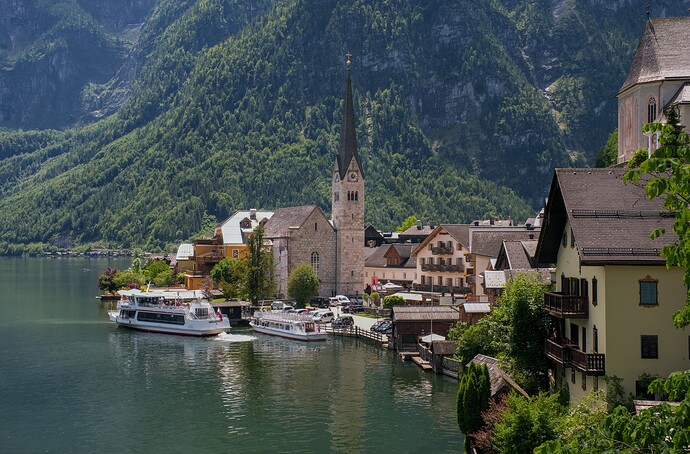 Looks very calm. Tried a bit of everything. 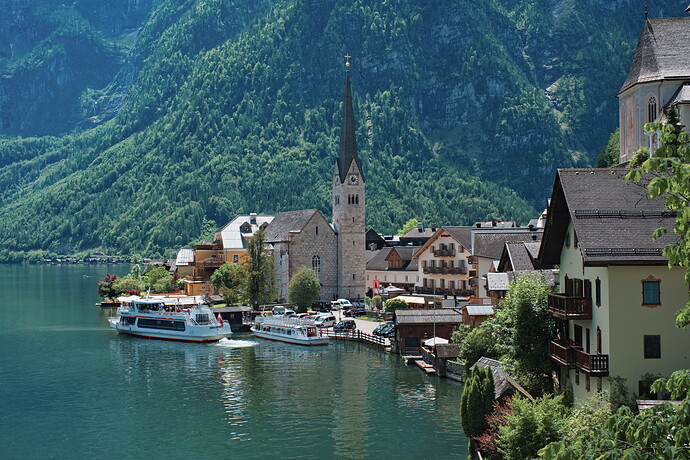 There is haze but there is more cast-haze than detail-haze. Modern haze removal processing should leave room for haze recovery because a haze-free image is unnatural. Comes with the fact that farther objects should not be sharper (have higher optical resolution) than closer ones.

Just a question… Is this the Hallstatt which gave it’s name to the first Celtic culture? 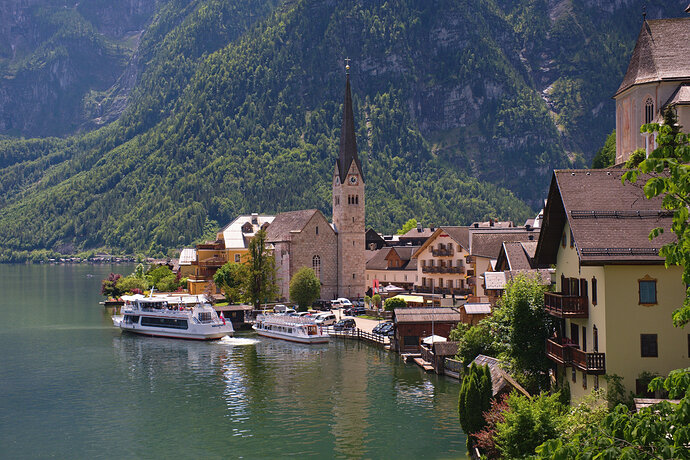 Good question! It’s a period in our history which fascinates me, but I don’t know the answer for sure without referring to the internet. The answer, I understand, is “yes”, although whether it is the first “Celtic” culture is up for debate, again, I think. I am not an expert, being a career scientist, not a historian.

That is very , very nice, thanks.

If I am not mistaken it was in Austria. But this does not seem to be an easy/comfortable place to live with those steep mountains.

I went to Victoria & Albert for the Stonehenge special the other day (was not about Stonehenge, but the time of). The hoard you mentioned is definitely Celtic (the torcs are the giveaways) and of a much later date than Hallstatt. Thanks for replying!

On topic again. Which one of the “developments” matches what you saw colour wise (white balance etc)?