I have an image from NASA PDS archive, named 2n289977682xylb0eop1965l0m1, with .IMG extension. It’s a multiband image in BSQ format; the file starts with a label (which is also downloaded separately as .LBL file); the important part of the label is this one:

It’s a “Band SeQuential” image (BSQ); its size is 1024x1024. The file contains 3 different “bands”, which represent X, Y and Z coordinates of a 3d object.
A direct conversion to “something visible” results in this: 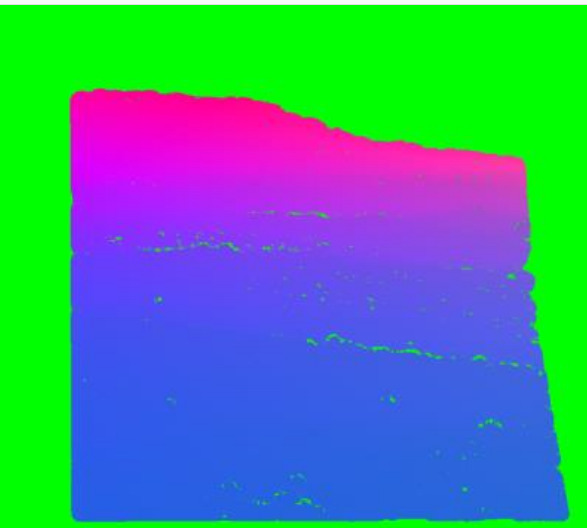 Instead, what I need to get is a greyscale image where each pixel has a gray value representing the Z value of the model, which is known as “depth map”: 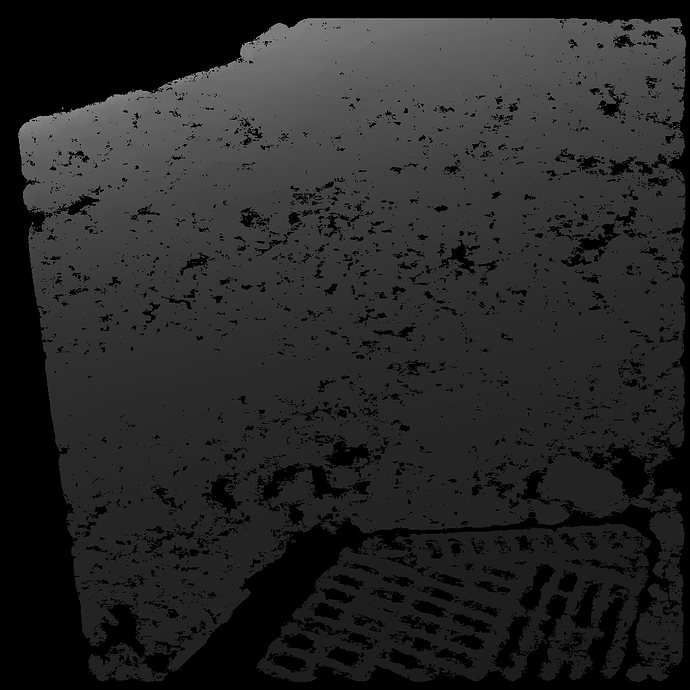 By loading a depth map together with a companion image in this page, you get a 3d model.

I think the above RGB image has been obtained by merging the 3 bands; Instead I need to extract the 3 bands in 3 separated images. 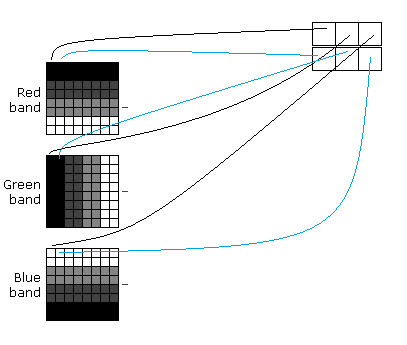 Can G’MIC be used for these tasks? I am on Windows 10.

I found a strange page which converts online IMG file into text; it’s quite slow in converting 1 million bytes into several millions characters, but after some experiments I ended up converting a part of the image, which gives an idea of how the 3d model should look: it’s very elongated going away from the observer, and very low; ideally it would fit in a 100 x 10 x 1000 box.

You can view my resulting 3d file into this online point cloud viewer (select format “XYZ”; use CTRL+mouse to rotate around vertical axis, SHIFT+mouse for other axes): 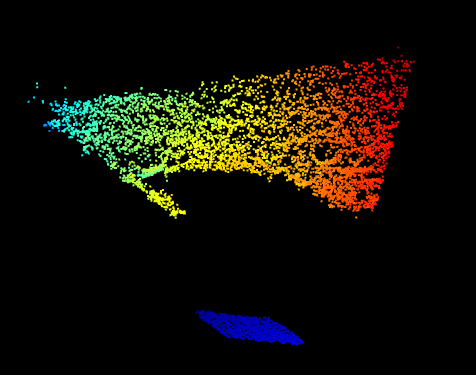 @jumpjack Welcome to the forum!

Let’s see what @David_Tschumperle has to say…

At Extracting one band from a multiband BSQ file? · Discussion #5186 · ImageMagick/ImageMagick · GitHub , I have shown how ImageMagick can read the input file and make, for example, a 3-channel TIFF file:

I suspect G’MIC could be used to make an interactive display of point cloud data, but (a) I don’t know G’MIC sufficiently well and (b) I don’t know if the data needs further transformation.

That is why I pinged David. In the meantime, if you haven’t already done so, please refer to:

There is also reference content in the tutorials and the G’MIC files themselves.

I have no doubt there’s a better way to do that, I just don’t have the knowledge. Once it’s in g’mic, there are lots of ways to visualize it. I may come back later with more info if David does not.

I don’t really know what these points represent, so I cannot tell yet how to visualize them in 3D, but once the data has been read, it is always possible to do something with it