Given the recent news of a hostile takeover of the #Freenode IRC network I am wondering if it makes sense to consider moving our room #pixls.us to the new https://libera.chat/ network instead?

Or possibly just join 2021 and move the room to pure Matrix at this point?

tl;dr - #freenode is experiencing a hostile takeover and most of the admins are jumping ship to form a new network at libera.chat.

Do any of you regulars that visit the IRC room have any thoughts on this? (or non-regulars that might have something to add?)

Being in the rooms today, it seems like a split group… Quite a few of us are already on matrix, and quite a few don’t want to leave IRC.

Hopefully the new liberal.chat will have a matrix bridge.

I believe #darktable will stay on freenode until something bad actually happens.

Without a doubt, I believe that Matrix would be the way forward. It has, rightfully, become the defacto IRC replacement. There seems to be a lot of competent people on pixls.us, I guess a matrix server at matrix.pixls.us would be a possibility.

Also, I’m an (inactive) owner of the #photography:matrix.org, if anybody is interested in joining and vitalizing this channel. It hasn’t quite taken the direction that I was envisioning and I’m willing to hand out roles if anybody wants to take the discussion in a pixls.us direction.

I realize that some not-so-nice drama happened on a higher level and I applaud the admins for their actions taken but is it already known what the (negative) impact will be for normal users and room owners if “we”, not limited to #pixls.us, stay on Freenode?

We now have an free (no sign up etc), established and centralized point for our chats, be it #darktable, #krita, #rawtherapee (mmm…) or #pixls.us. It really would be a shame if this is broken up and we end up with rooms being spread over freenode, liberal.chat, matrix and what else have you.

There’s a lot of talk and upheaval about this at the moment but I would suggest letting things cool down a bit and wait until we have a better picture before making, what might end up to be, rash decisions.

On a personal level: I won’t be joining the matrix so if pixls decides to move I would like to see it go to libera.chat.

For those that don’t know what all this is about; You might want to read this post by Aaron Jones (first part is a Timeline of critical events):

This file has been truncated. show original

It seems that darktable and krita admins have already set up a Libera.Chat room. And I think Morgan has done the same for pixls.us.

Good to know, though it makes little practical difference which IRC network I need to connect to in order to get in touch with the people I need to talk with. I’ll probably delete my user account on Freenode but continue to use it and also use Libre.chat as needed.

On a side note, reading those chat logs (nirvana-log.txt) is like being teleported back in time two or three decades. This nirvana person is behaving as any opped teenage dictator did back in the day, tempting with ops and dealing out shitbans on the whim. On other networks, channel takeovers were as common as rain. Freenode prevented that by means of username and channel registration. Now instead of a channel takeover, Freenode became victim to a network takeover. The circle is now complete.

I occasionally visit the pixls.us chat, and I will no longer be using Freenode, just OFTC and Libera.chat

I’d like to suggest taking a look at Zulip. I’m a long-time IRC user and I think Zulip is better in almost every way. It’s open source, may be self-hosted, and they don’t charge open-source projects.

I didn’t know we had an IRC room. I tried Matrix a few years ago and the clients were always bloated, slow and crash prone so I went back to IRC. I may still have a nick registered with martix.org or whatever the big entity was that was trying to get it running back then. 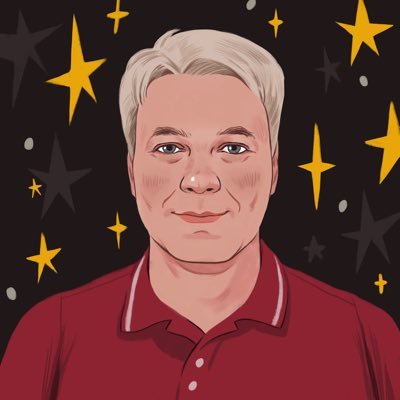 @jpluimers Nah, that is accurate enough. Andrew Lee, Coinbro, con man and asshole, took ownership, and all admins left. New admins are being imported from wiki.rizon.net/index.php?titl… and I do not IRC on a network with people waving such a flag.
hanatos (jo) May 21, 2021, 1:25pm #10

fwiw we have libera/#darktable as a second room. still waiting for the matrix bridge to bring in some of the others.

I’ve got my matrix account deleted after 6 months of trying to use it. Not planning to restore it. IRC is fine for me.

I think there should be a way to bridge a matrix/IRC room without a problem, so once we have a bridge for the new network we can do that. Of course, thinking about it, we could also theoretically move the IRC room over to GIMPnet. I think there’s already a bridge for that network.

Can someone explain me what has happened that everybody got this urge to move somewhere? Freenode is still working fine, is it not?

TL;DR Well … the network got taken over by some people who own the trade mark and they brought in new tech admins with a shady background.

you can pick if you want to stay there or not.

How can I see this “shady background”? I’m just curious. I see people making urgent actions and I don’t understand why they should panic.

Should I be offended by stylized nazi flag or was it posted by this Korean prince guy?

Leaving emotions aside, it looks that freenode admins are classical technicians who find themselves in legally unpleasant situation with new manager they didn’t see coming. That is very funny. But where is moral risk and proofs of bad behavior of new owner? He placed ads of affiliated service on freenode website? Come on!

The changing of guard is always difficult for both parties but it can be done well. The fact that there is an exodus shows that there is more wrong than right happening. As usual, what is telegraphed to us might be only the tip of the iceberg.