I had a hard time to get the colors right in that photo. Still not satisfied with the result. I tried to correct it with the color balance and channel mixer module. Most time ended up with an undesired color cast in the clouds. 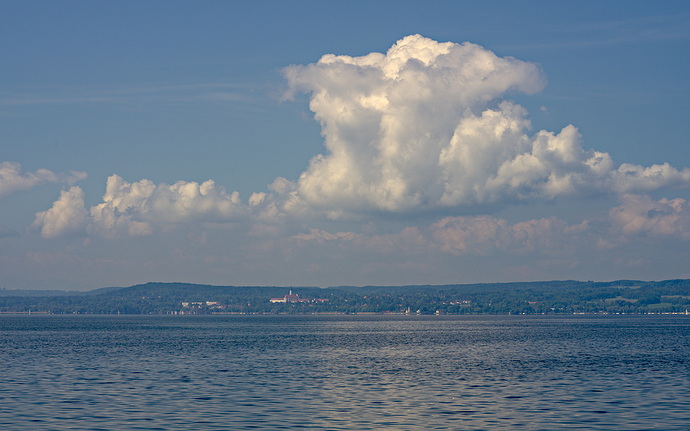 Here’s my attempt (warning: I was a bit sloppy with the masking) 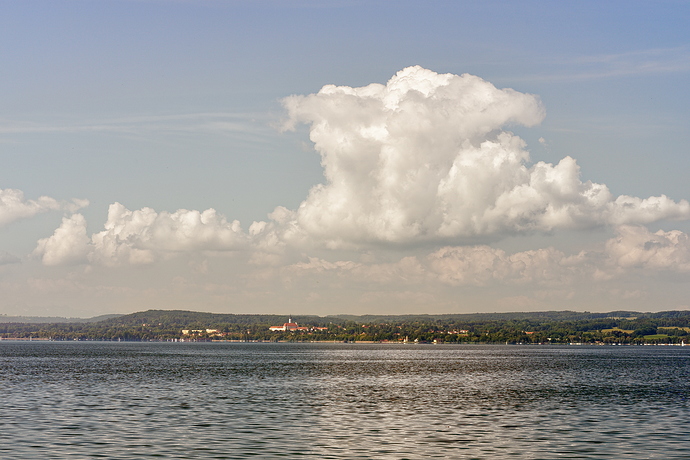 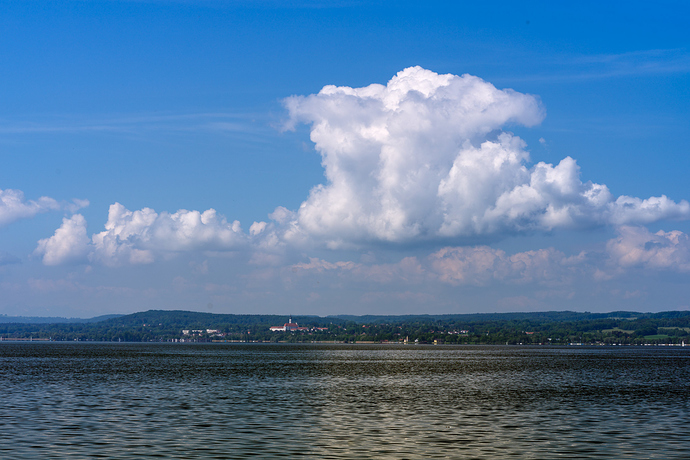 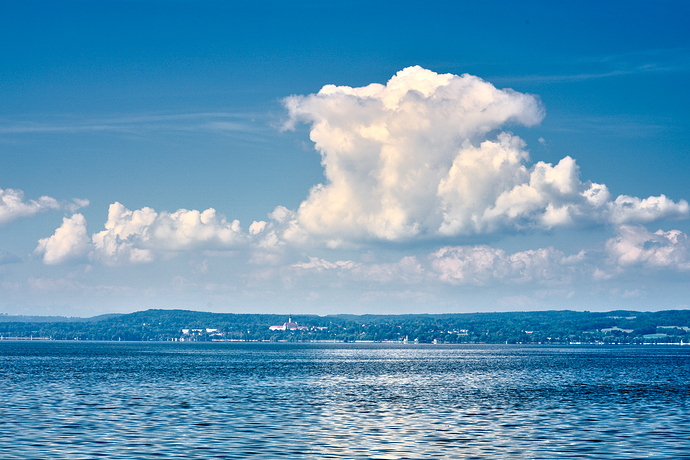 excellent capture, thanks for sharing 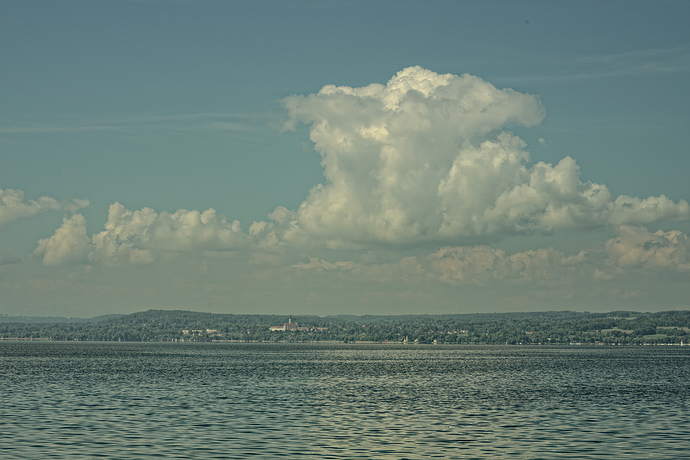 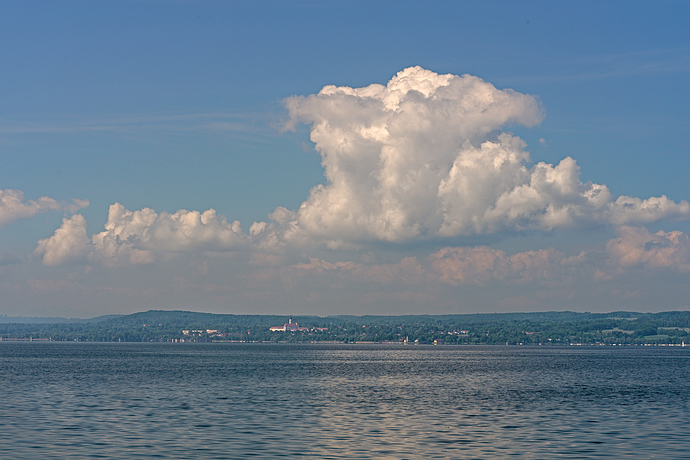 @age: excellent job! Just the water is to contrasty for my taste and looks somewhat muddy. So I took your edit and used “my” water (with a little increased saturation). I hope you won’t hold this against me 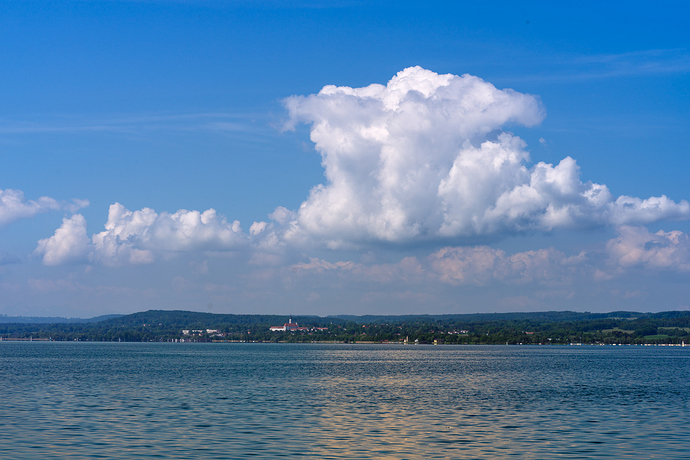 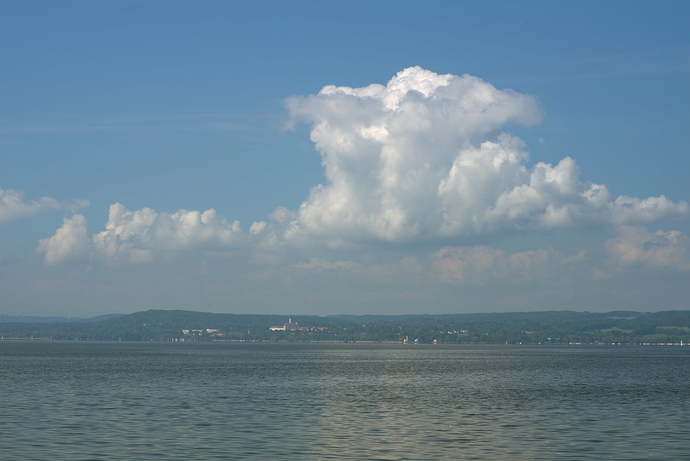 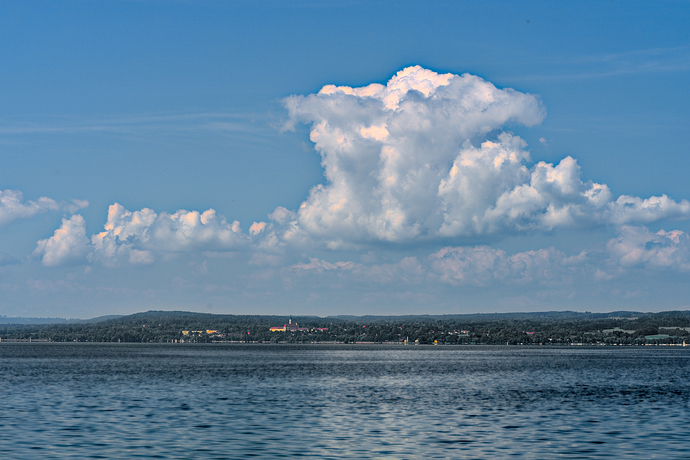 I like how you removed the haze and how you recovered the green color of the trees and the red roofs. 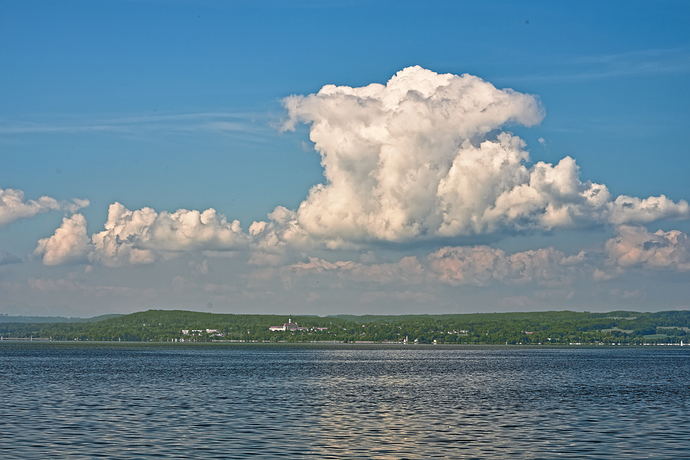 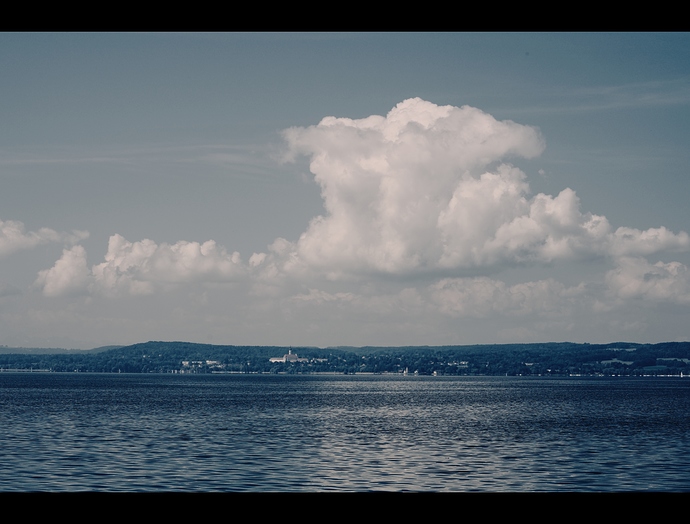 What you have now is a good place to start with something like final touch colorgrading (plus maybe removing the spot in the sky). Had no time to do that, but I think you get where I’m going. I’d use darktable for that, I guess.

I’m working with Fuji-raw-files most of the time so I wondered if my workflow works with Sony as well. Check.

With a fast workstation the whole process above doesn’t take more than 10 mins. Plus you’d have a consistent film-look with all your other footage. Just fiddle with the CIE Color Appearance Module, nothing else needed.

PS: Another thing to do would be applying some grain. Yet another node in Natron which also would eliminate the too contrasty water ripples in the foreground. 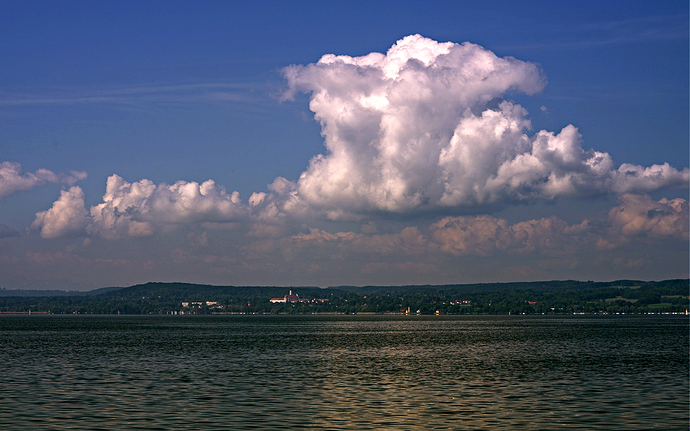