Hey folks! Showing off a project I’ve been working on for about 13 months in RawTherapee. (Before RT, I tried Capture One and then DxO- but I soon realized only RT was powerful enough to do what I wanted.) It’s nothing fancy, just a highly refined processing profile. But it has honestly been OVER A YEAR of very diligent work to get these results… and I’m finally proud enough of the end result to want to share it

At this point I feel very comfortable working in RT (despite hitting a few crash bugs along the way). It’s insanely powerful and capable of extremely high quality output. There are so many great tools- and a few not so great ones too. A lot of this process for me has been learning what adjustments to use, and which ones to leave the hell alone. It is definitely possible to “over-process” your shots in RT and I went through many, many iterations of this profile that just didn’t look right, and I had to double-back to an older version and start a new fork.

All thoughts welcome! All of these photos were taken in the south Bronx. (Put your hands up, other New Yorkers.)

Oh yeah, and since you have to name your children, I’m calling this Hyperchrome. 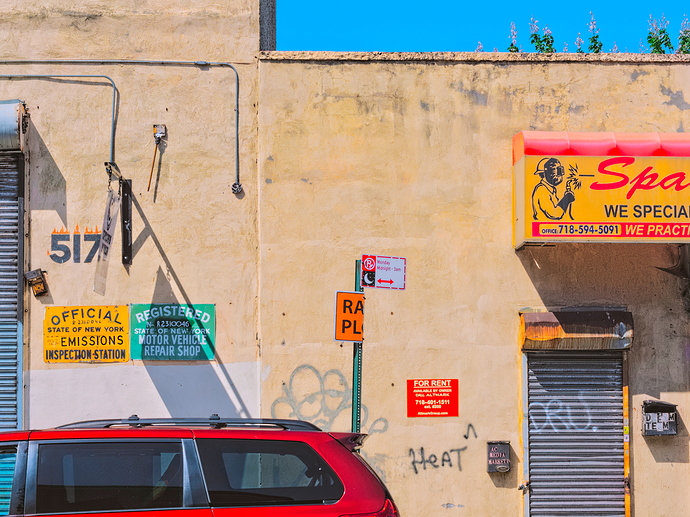 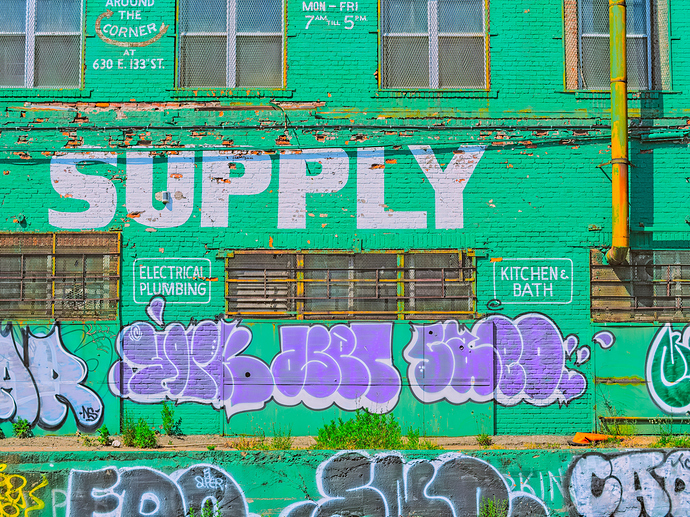 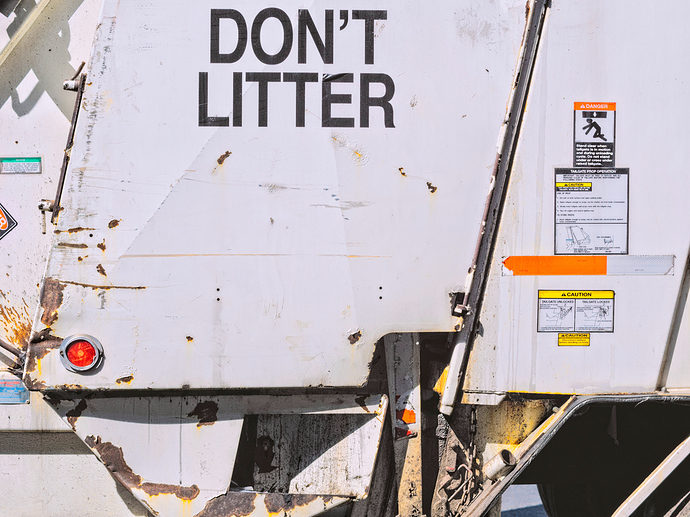 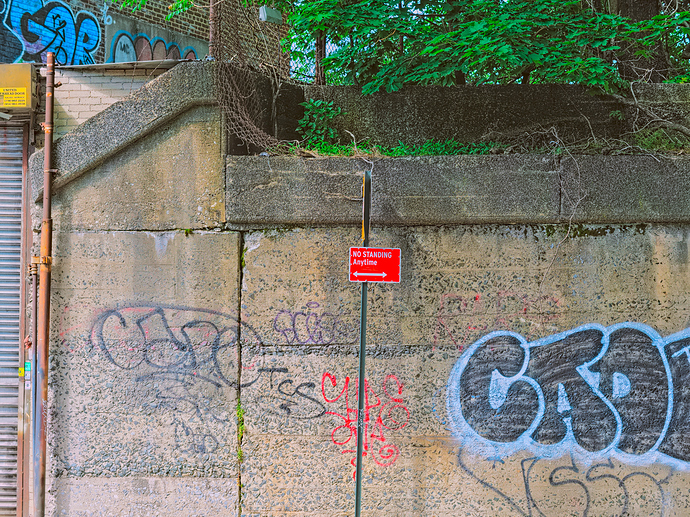 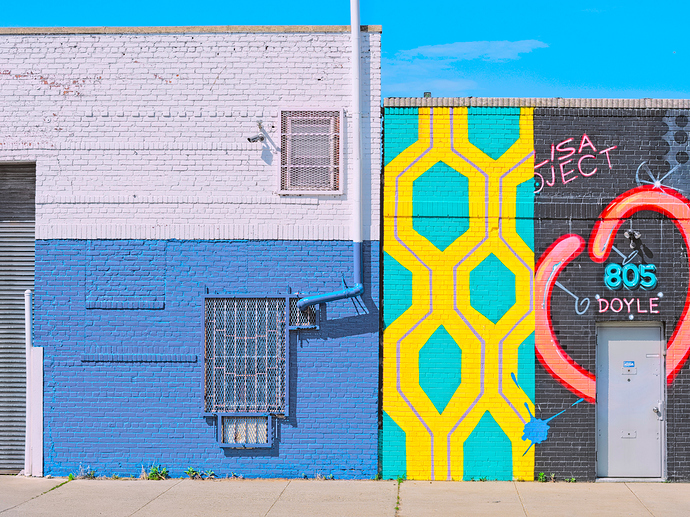 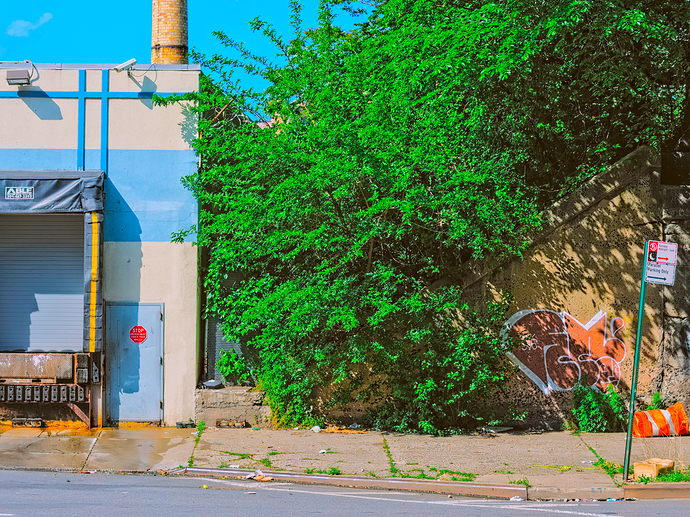 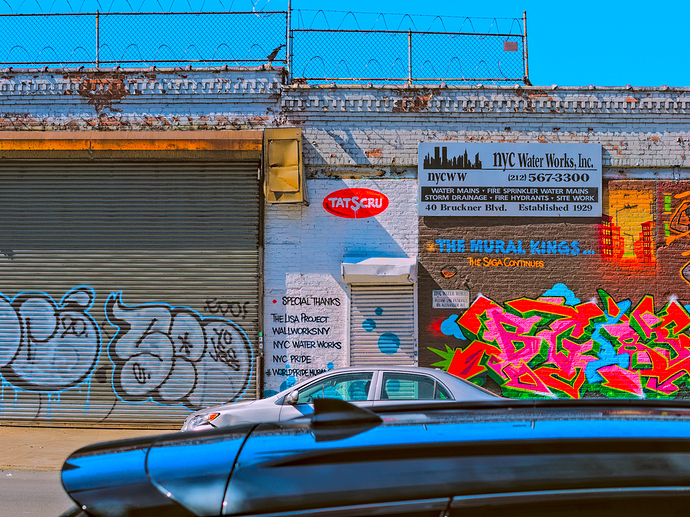 Very nice! These are all automatically produced by your profile? Or you tweak each photo individually?

You could try making a LUT out of this. Just be aware that LUTs only deal with colour and not local contrast or sharpness adjustments.

Looks like something you see usually in Sigma Foveon groups

@paperdigits Yes that’s right! Only thing I’m adjusting per image is Exposure. Everything is else just straight out of the profile with Camera AWB. That was a big part of my goal- a “daylight neutral” balanced processing that would create an attractive, consistent, recognizable look. Like, the profile itself as an art form.

I mostly trained it on street photography, since that’s my main area of interest. I expect I’ll need to tune it further for skin tones and portraiture.

@afre Hmm that would be cool. If I could figure out how to make a LUT of it, I could use it for grading video. Wouldn’t be the full package of adjustments but would still be interesting.

@st.raw Thanks- I really don’t know much about the Foveon cameras, other than that they have that weird sensor design. I’ve been using Micro Four Thirds cameras for about two years now. Big fan.

Hmm that would be cool. If I could figure out how to make a LUT of it, I could use it for grading video. Wouldn’t be the full package of adjustments but would still be interesting.

You would only need to search the forum. Sometimes it may be hard to dig up old threads; if that is the case, feel free to start a new thread.

a “daylight neutral” balanced processing that would create an attractive, consistent, recognizable look.

I’d say that you got that in spades! Do you have any shots that show what it does on rainy days?

Only thing I’m adjusting per image is Exposure. Everything is else just straight out of the profile with Camera AWB.

Hello, do you mean with Camera AWB the White Balance tool in RawTherapee, method Camera or Auto? Or you took your photos with the camera set to Auto WB?

Anyway, interesting results. Would you be so kind to elaborate a bit more on the specifics of your profile? And why did it take you more than a year to produce one (you really made only one profile?).

@grsnovi Thanks! No not yet- I just finished this version yesterday, but I’m certainly planning to test it out on a wider variety of shots. It’s a little aggressive at bringing up the shadows, so I do want to make sure it looks good on darker, lower-contrast scenes in general.

@paulmatth Camera. I’ve found that the camera almost always does a better job of picking the white balance than RT’s Auto setting.

Sure, I’m happy to elaborate. Most of the time I spent was simply experimenting with different adjustments, both in order to learn how they affected the image, and also to learn what I wanted to achieve. I did not start the process knowing what I wanted the final result to look like. So it was very much feeling around in the dark for quite a while. I wound up creating over 400 versions. I wouldn’t say there was a specific set of criteria I used when deciding to save a version, but over time I improved my technique of naming & grouping similar versions together. I wish I’d implemented a more formal semantic versioning system at the beginning, but it’s fine. I think this profile shown above is version 438. And like I said, there were MANY times I found myself going down a particular road of experimentation and realized I was “off course” and had to find my way back to the most recent previous version that seemed “right”.

It’s also worth mentioning that I went through about 6 different cameras during the process.

Regarding the profile itself- like I said, there are a lot of adjustments that I experimented with during the development process and ultimately decided NOT to use in the final product. Dynamic Range Compression and Retinex are both very cool and very powerful, but they do impose a sort of artificiality that I decided wasn’t appropriate for this project. (That said… I would totally use DRC and Retinex again in the future.)

I was really, really impressed by the Tone Mapping adjustments and the Chromaticity Equalizer. The Color Toning module is also great, but it is definitely easy to overdo it. Also, Capture Sharpening is excellent, even though there’s a bug in the preview where adjustments won’t render until you change a history step. (I’m not even using regular Sharpening. Just Capture Sharpening and Microcontrast.)

Oh yeah- and even though the JPGs posted above are in sRGB (just because most people on the internet don’t have color calibrated wide gamut displays), I can tell you that the shots DO look AMAZING on a wide gamut screen. The vibrant tones really do extend quite a ways outside sRGB. Unfortunately, RT only supports sRGB on MacOS (due to limitations that apparently the devs have no control over and will likely never get fixed). So I wound up switching to a Linux-based workstation (because did you know? NEC SpectraView runs on Linux!!!). Linux is clearly the best platform to use RT on, especially if you want that wide-gamut goodness.

a “daylight neutral” balanced processing that would create an attractive, consistent, recognizable look. Like, the profile itself as an art form.

I mostly trained it on street photography, since that’s my main area of interest. I expect I’ll need to tune it further for skin tones and portraiture.

My only quibble is that (to my eyes, anyway) the foliage looks a little over-bright in those shots that have some. I assume that was a side effect of helping out the man-made greens.

Also, Capture Sharpening is excellent, even though there’s a bug in the preview where adjustments won’t render until you change a history step.

@heckflosse Hey- sorry, trying to remember what exactly the bug is. I think it might just be Radius. If you adjust the Radius you don’t immediately see the change. But if you jump back to a previous history step, and then jump back forward to the change, you do see it then.

If you adjust the Radius you don’t immediately see the change. But if you jump back to a previous history step, and then jump back forward to the change, you do see it then.

Huh! Ok. No big deal. I stopped messing around with those settings anyway after I found the values I liked.

Hey, I´m not New Yorker, but I live in New Jersey. Your pictures are amazing with your RT profile, do you think you will explain how to do it or do a tutorial? Or maybe share your RT profile?

Again, good job, I like so much your pictures.

Hey thank you! Honestly I have thought about releasing it, but for the moment I’ve decided not to. It’s very delicately calibrated for the particular camera I use, and looks “slightly off” on previous test shots from other/older cameras I don’t use anymore. So it’s really not general-purpose enough to publicly release. (Who knows, I might change my mind someday though.)

I can def outline my approach for you though. I hope more people will feel inspired to deep dive into what Rawtherapee is capable of.

The key thing that started me down this road is, one day I was editing some Nikon D600 shots in Lightroom, and realized I didn’t like the colors. I was just fighting the camera and the software, trying to correct what the camera was doing… and I was losing. So I sold all my Nikon gear and spent a LOT of time using the DPreview studio comparison widget to compare camera test shots. Anyway, my point is that you need to start with a camera that has colors you like. And the only way to find out what you like is to compare a bunch of stuff against each other and discover what you prefer. It is a long process but worth doing if you have the time and attention. Also worth noting is that if you’re going to be doing careful color work, you NEED a good monitor, and you SHOULD color-calibrate it. You’re wasting your time without a color-accurate monitor.

Then it’s really a matter of doing a series of test shots of scenes you commonly shoot, trying to get as many colors and textures in the shot as possible. (As in, a test shot with a variety of reds, greens, blues, and neutral tones is significantly more useful than a test shot with just one dominant color.) At least for me, my goal was to create a “look” with very harmonious colors- and in particular, supersaturated harmonious colors. But it’s all about EXPERIMENTATION and figuring out what you like and don’t like. So when I have a nice test shot, I’ll just fool around with the various sliders in RT until it produces something I like. Then I’ll try those new settings on another test shot, and make some further adjustments in the second test shot. Then bring those changes back to the first shot. (You get the idea.) Then just repeat until you get tired or your hand falls off

Hello again! Well, I have some new work to show off. I’ve made some significant changes to the styling, but you can clearly see the lineage from the preset in the first post.

I’ve also moved from a Panasonic G9 (great camera!) to a Sony A7R3 (even better camera!). It looks different, and certainly less of that “flattened,” almost illustrated quality, but the new format brings its own kind of mindfuck.