Hello folks,
I’ve added a new command in the standard library of G’MIC 2.9.1, and I think this could interest some of the G’MIC script writers here. I’m pretty sure this could lead to fun experimentations

Release of stable G’MIC 2.9.1 is planed for tomorrow.

The new command is named rbf, which stands for Radial Basis Function. More precisely, it implements a RBF-based interpolation of sparse keypoints. To be honest, I’ve already been using RBF-interpolation in some of the G’MIC filters for a long time (commands x_warp, x_morph and clut, to name a few), but I’ve decided it was time to provide this generic interpolation method as a stand-alone command that can be used to interpolate any kind of data.

It basically works like this: the command takes as input a set of K keypoints (X_k,V_k) (where k=1\dots K). The X_k represents the coordinates of keypoint k (X_k can be a 1D/2D or 3D vector), and V_k is the associated value of keypoint k (V_k can be a N-dimensional vector, with N having any value). The set of keypoints is passed to rbf as a single-column (or single-row) vector-valued image, where each pixel represents a keypoint.
From this, the command rbf is able to interpolate the values of the keypoints in all 1D/2D or 3D image space. You specify the size of the interpolated image you want as a result, as well as a corresponding XYZ coordinate mapping (optionally).

To sum up, rbf creates a smooth function that passes through given keypoints.
Beware, if the number of keypoints increases, then processing time explodes. Even if the command is parallelized, it implies a K\times K matrix inversion (K, the number of keypoints), which usually has a complexity of O(K^3) + it has a reconstruction phase with complexity O(whdK). But if the set of keypoints is small enough (I’d say <1000), then it’s a very interesting toy to play with. 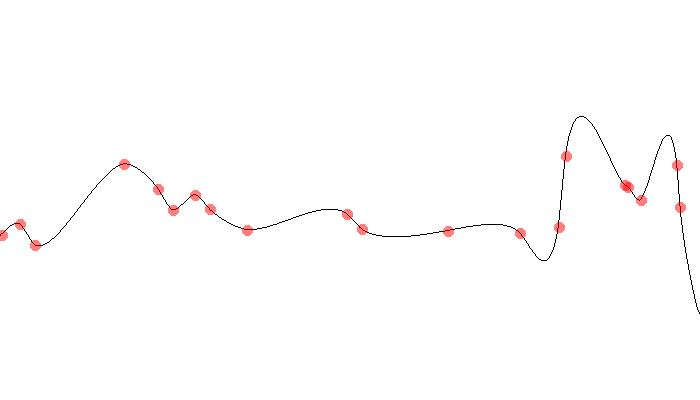 test2d gives (after heating your CPUs a lot…): 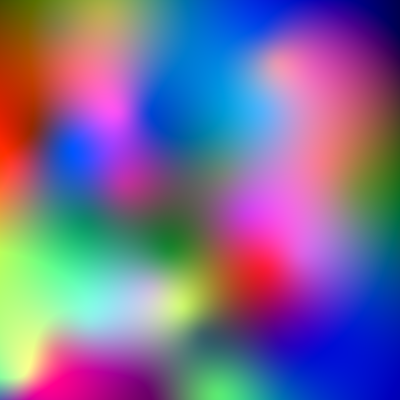 That’s it. I’d be interested by what you can obtain with this new command.
Note that we already had solidify and inpaint_pde for doing such interpolation, but having another option is still cool.

Spooky… you must be some kind of mind reader! Was wondering about this exact thing last night. Can’t wait to try some things with it, thanks!

Is this in any way related to graph-based processing? I find those papers interesting but don’t know where to start.

Not, that is not directly related in the sense that we never have to build a graph structure from the set of keypoints (e.g. Delaunay triangulation) to interpolate them.

Surprised to find this works reasonably well too: 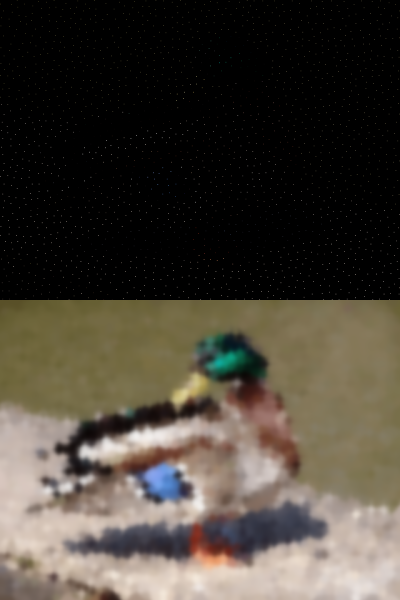 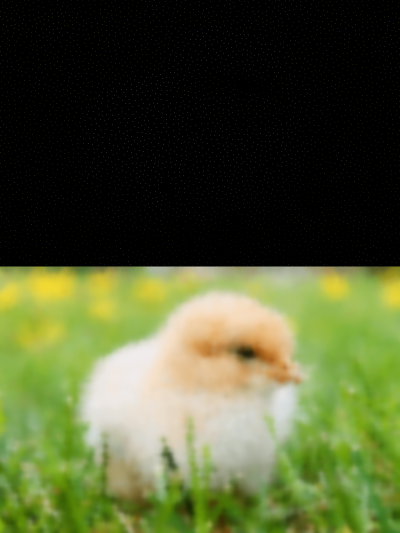 Indeed!
But unfortunately, with this method you don’t preserve the color values at the locations of the samples.

Definitely a major drawback compared to rbf and similar. But I do like fast approximates

It’s a quick way to create gradients at least, also possible to use it as a very basic inpaint by combining with the original.

It’s a quick way to create gradients at least, also possible to use it as a very basic inpaint by combining with the original.

Yes, seems easy enough to tweak for performance too. We have a crazy number of inpaint options now for sure! 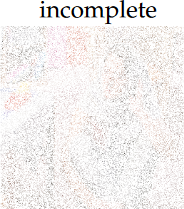 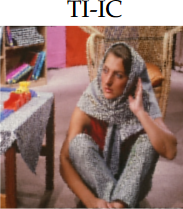 Interesting, by following links in there it looks like I effectively implemented EFAN algorithm but using a standard gaussian blur instead of sparse. The method I used could in theory work in plain GIMP using layers now that it has floating point images.

The incomplete images they use have higher percentage pixels than we used here (about equivalent to noise_poissondisk 3.5)

Hmm, if it can be done with layers, I suppose one can use multiple gaussian blur filter layers on Krita to do the same, right?

Yes, if it has floating point data I think so. There’s redundant stuff in my example above that I forgot to clean up (for inpainting). It’s just:

Edited for mistake in step 2…

Edit2: I tested that in GIMP and it’s fine. The second layer needs to be max value (e.g. 255 for sRGB) instead of 1 and then it works.