This release focuses on bug fixes. Download it from the usual location: Rapid Photo Downloader: Download and Install

The online documentation has also seen some work. Please by all means let me know if there is anything in the documentation you’d like to see improved!

As an aside: I very much hope this release will make it into Ubuntu 20.04. This is important because it’s in the Universe repository, which means it will never be updated during the lifespan of Ubuntu 20.04. Plenty of high-profile distributions are based on Ubuntu 20.04 (Mint, Elementary, Pop!_OS, etc.). I still get bug reports from users reporting bugs in the by now rather old version included in Ubuntu 18.04 — bugs that have long been fixed.

Fixes in this release: 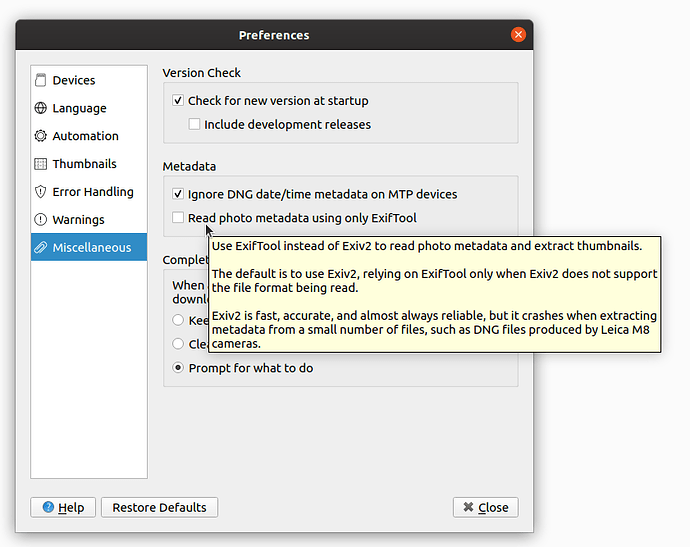