Took few night shots, long-exp 20s 3200ISO, in RAW format (CR2), on camera appear great, but on PC, in RawTherapee 5.8 some stars appear as bright GREEN others white as expected, on ALL night photos.

Tried another PC with RT v5.6 and all appears OK; so installed v5.6 on the one with failing v5.8 and it also resolved the issue, so it appears v5.8 handles stars/bright lights a bit different? Tried resetting all options, and re-installing v5.8 regardless, it always shows GREEN dots instead of some of the stars… Couldn’t figure how to remove metadata to upload CR2, (metadata++ saved CR2 w/o/ private metadata, however, THAT file loaded ok on RT v5.8).

Sample screenshoot how it appears: 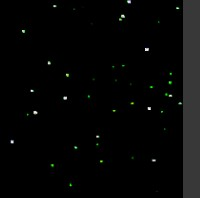 Any ideas? what could it be? opened same file in DarkTable and other programs, all stars appear WHITE, not bright GREEN.

@stormy1777 It’s entirely possible that v5.8 had a regression w.r.t. v5.6.
Can you at least provide the pp3 file and what camera you took this picture with? Are you on Windows, Linux or macOS? It would be interesting to see if a recent development build of RawTherapee would fix your issue.

@paperdigits 1000% not bad camera/pixels Canon 80D, use it daily, plus all other versions, including low-end image viewers show the right data no green dots.

@Thanatomanic you are SPOT on, downloaded: 5.8-3005-gb6449bfd5/generic, and it works fine, shows the stars correctly (white, no green), looking at “diff” maybe this is related: