Any chance there will be a simpler version of local adjustments like a lasso tool? That would limit the area all the “standard tools” works at?

The learning curve on the current Local Adjustment tool is VERY steep.

Yes, the learning curve for local adjustments is very steep and it took me a bit to wrap my head around, but once you get the hand of it, it’s pretty straightforward. I recommend watching @Andy_Astbury1 's videos.

Andy (or anyone else) please share a link. I didn’t bookmark it.

As for your original question, the current method does not lend itself to any complex spot shapes. Just complex masks within the spot.

You could try ART …the masking is more flexible and its enough like RT you should be at home??

Thanks - ASK seems like just what I was looking for. 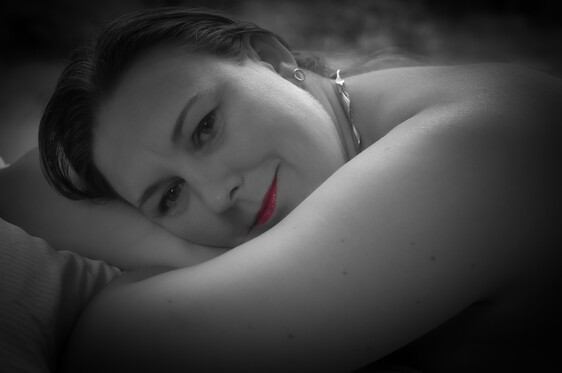 I then use the Color Equalizer on the Saturation to remove unwanted colors.

And I like that I can choose x,y in the vignetting

If that is your main reason for masking, did you have a look at the Colour Toning module, especially the Colour correction regions method?

Not all that hard and there’s no need at all to learn how to use a different RAW editor.

Thanks - will definitely have at look at that too.

My reason for masking is that I may not like to show for instance ALL red - if there is a red stoplight in the background I may want that to turn that into black and white too.

What do you call « simpler version of local adjustments » (lasso…) ? this implies that there are simple and complex concepts. This complexity is essentially based on habits and learning.

To my knowledge, there is no plan (at least by me) for a significant evolution of Local Adjustments.

The release schedule for version 5.9 has delayed the initiatives a bit. It was planned for version 6.0 a significant evolution of the GUI part (which is not my domain).

Similarly - but I don’t know how to do the GUI part and the algorithm part would be complex - it must be possible to add to rectangles and ellipses, either Bezier curves or polygons, passing through the vertices of the 4 delimiters. Note that these possible additions do not call into question the general principle of LA, which with the ellipses/rectangles, the deltaE, the 3 types of RT-spot, and the choice of the level of complexity (Basic by default) must make it possible to treat a majority of cases. The masks that I was asked to add (not offered in ‘basic’) are not necessary (from my point of view who am the designer of the system) in the vast majority of cases.

As a reminder, the basic principle is close to that of Nikon Capture NX2 or DxO and fundamentally different from the principle developed by Adobe (layers, mask, possible clipping, etc.).
It is neither better nor worse, but requires cognitive unlearning and new learning.

The Rawpedia document (substantially up to date in its English version @Wayne_Sutton ), Andy’s @Andy_Astbury1 videos and discussions on the forum should allow this learning.

However, you may prefer the more traditional solution (mask, etc.)
Note that you can easily achieve what you are talking about, keep the lips in red, or more generally isolate a color or a change, with “excluding spot”

I understand, but starting with the method shown earlier you now have a much easier starting point to selectively remove still coloured items using the local adjustments tool.

My previous quick example shows some reds and oranges, here’s how to remove 2 of those:

I do have to say that it is more then worth it to bite the bullet and get familiar with the masking that the Local Adjustment tool offers. You have to admit that the following quick example is the easier and better approach:

Do have a look at Andy’s videos and the Local Adjustment documentation, it should clear up most of the issues. And, as you might have noticed, asking on Pixls will help as well

You last video definitely flattened out the learning curve - Super!

jacques @Jade_NL in his last video shows exactly what I mentioned above with “excluding spot”.

For concepts about “chrominance, saturation, etc…”), you can consult the ciecam page
http://rawpedia.rawtherapee.com/CIECAM02#Some_definitions

I like to add vignetttes to enhance to point of focus - I saw that I in ASK can drag the vignette center around and place it where I like. I would love that in RT but it does not seem possible with the available vignette tool?

But perhaps it can be made with Local adjustments too?

There is no drag function, but there are 2 different ways to do a vignette. If you do it under lens correction there is an aption to move along x and y axis. Pro tip, max out the vignette strength while you adjust the location, then back it down to desired strength.