the script "compare-processed.sh" does not give anything on my systems

Hello, I’m having a problem with the compare-processed.sh script that @agriggio well I think) proposed. For the record, with this script entered in your user commands you can compare several photos by sending them to Geeqie. It is well installed on my system and the script starts fine. However in Geeqie’s window, I only find a black background. I specify that everything works with the Hugin script so apparently there is no problem exporting to .tiff. This script was sent to me by another user (@jllailes) who does not encounter this problem. I tested it on LinuxMint and on EndeavorOs (arch) and the result is the same. An idea? 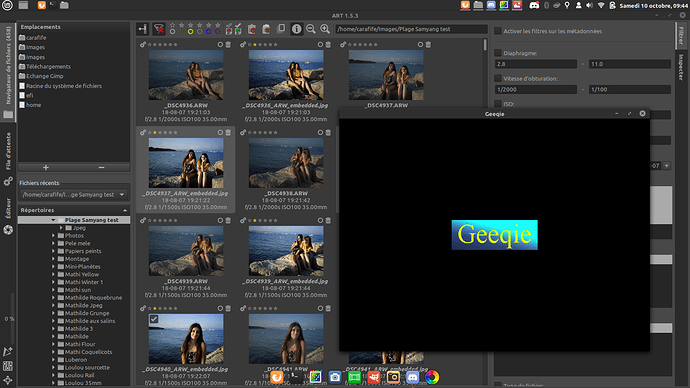 What happens if you hit space bar?
Or if you comment out the last line of the script?

What happens if you hit space bar?

if you comment out the last line of the script?

Then I don’t know, sorry

Did you try upgrading geeqie?

maybe a track … There seems to be a problem with the XMP. Look at the message in the screenshot. I didn’t have this info before I installed the flatpak. Maybe it comes from there? 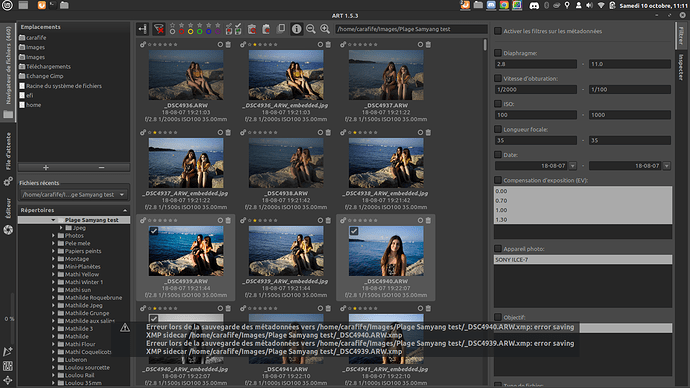 I deleted all the .xmp files in the folder and it’s the same problem