out of interest, what do you use now?

Still in Windows-land. Occasionally, I fire up a VM to see what’s up or update my mother’s Linux Mint. That is about it. The story I alluded to earlier is keeping me away from the fever. Nowadays, there are so many apps ported over to Windows that I worry less about not being able to access applications.

I came across this in a comment on a article in my newsfeed today .haven’t tried it. DistroTest.net - The first online operating system tester
Google was obviously spying on me as this was the first article in my news feed today. Here are the Most Beautiful Linux Distributions in 2022

Beauty is yet another distraction. Says ugly Windows user.

You can install an OS (Linux) regularly on a pendrive, too. At the moment I am using EndeavourOS on USB stick. But I have Debian Buster on my SSD. I also have regular installations of Manjaro and Lubuntu on other pendrives, and of course several live systems on other pendrives.
EndeavourOS used to be broken but looks like the devs fixed it. Well, I am also making a little money with testing distros…
Debian on my SSD is there since a few months, before that I had Mint with Xfce and before that Debian. Well, it’s not easy to create regular installations of Ubuntu and Mint on a pendrive because the installer is broken…
Have you tried Debian or something Arch-based?

addendum: maybe it’s ok if you change your OS every few weeks or so? I mean as long as you don’t break the hardware. Maybe create a blog and write about your thoughts about Distros or post reviews on youtube.

Meanwhile, I update Fedora every 2 years, just when support ends, precisely because I have other shit to do than tending to my computer. My computer is my slave, he does what is asked of him and kindly makes itself invisible, otherwise daddy is pissed. And you don’t want to piss off daddy.

Whenever it starts deviating from this rule, I switch distro and/or DE. So, when Ubuntu started becoming bloated to the point that I had to clean up the unnecessary shit (and lately Amazon spyware) for 2 days after updates, I switched to Debian. Then, Debian had my computer and filesystem crash beyond repair 2 weeks before releasing darktable 3.0, so I reinstalled Fedora with Gnome. Then Gnome started to behave erratically, and I moved to KDE. So far, it’s ok.

When I was a kid, I would get excited over Ubuntu updates, tweak Conky and Compiz for hours, patiently fix the post-install mess. Then I got old and tired of being tech’s slave, and started getting less and less excited about updates that always break as much as they pretend to fix.

Or perhaps I just got wiser and made my peace with the fact that any Linux distro out there is an absolute disgrace maintained by incompetent dimwits who use computers for the sake of using computers without any end goal or job or task to achieve outside of said computer. They are just trapped in the matrix and happy of it. And I use a computer to run computations that solve problems outside of the computer. So we will never understand each other.

In any case, I think madness begins when you start focusing on the tool and lose perspective on the job at hand. A tool is good as long as it lets you do your job in the least painful way.

During my PhD, I used Linux at work, and Windows at home. Mostly to be able to play games, and run funky image editing software (Lightroom, Capture One, Affinity Photo, Topaz Denoise). Oh, and the AMD OpenCL/ROCm situation on Linux was a travesty.

As of 2021, I started working a jobby job again, and using Windows at work. I work from home, and my work computer and home computer share their screen and peripherals. So just to get some variety, I now run Linux at home. All that commercial software has been relegated to a VM (and goes largely unused, anyway). And a new Nvidia graphics card solved the OpenCL problem. And surprisingly, video gaming on Linux has become actually viable in the meantime.

As for distros, I frankly don’t care. I run Ubuntu Gnome, and that’s good enough. I tried KDE, but it didn’t work well with my two differently-fractional scaled screens, nor Wayland. Gnome has come a long way, actually. Even the file manager and multi-screen, multi-workspace window management is pretty usable these days.

The only OS requiring tons of tweaks these days, is Windows. The file manager in particular is annoyingly primitive and general UI fluidity is astonishingly terrible.

In any case, I think madness begins when you start focusing on the tool and lose perspective on the job at hand. A tool is good as long as it lets you do your job in the least painful way.

Thank you @anon41087856 , I think you succinctly hit the nail on the head! I’ve lost perspective on the job at hand, photography, instead losing my way focusing on the tools via distro hoping.

For me, I never have any real dramas with Linux Mint Cinnamon Edition.

So that’s what I did a fresh install of it last night, and promptly deleted all the several 10s of gigs worth of linux distro isos on my hard drive

Now let’s get back to actually using my computer to process photos!

addendum: maybe it’s ok if you change your OS every few weeks or so? I mean as long as you don’t break the hardware. Maybe create a blog and write about your thoughts about Distros or post reviews on youtube.

So that’s where I’m back, on Mint!

What kind of attitude is this ?!?!

I base choice of distro on the machine spec it’s going on. Older machines or tablets usually something arch based like manjaro (gnome edition if it can handle it). Main laptop is Pop!_OS so I can just install then forget about it. I too grew weary of having to fix anything on the OS (it even makes me angry now).

Took a few prior stabs at entering the thread, but they all just turned out philosophical. So, just decided to describe my working situation, and let you make of it what you will…

I use Linux on a desktop, a backup server, and a motely collection of Raspberry Pi boards. Then, I use Windows on a tablet. Since Linux file sharing is so mature now, I do a lot of work on the tablet using my desktop file system for storage. All the applications I use are natively available for both architectures, and they all work seamlessly across the two architectures.

Note that I didn’t call out a particular Linux distro. I have used Ubuntu on the big machines for some time now; I played a bit with others back in my academic days, but decided I wanted something that just worked and was well-supported. With the above exceptions, it’s worked well in that regard.

On the Raspberry Pi boards, raspbian and now Raspberry Pi OS, for similar reasons. I do play with buildroot on occasion, and will probably settle on that for my model railroad control when I get the application all sorted out. If you really want to understand OS functional essentials (not internals, whole 'nother subject), do some “bare-metal” buildroot images…

I learned OS architecture with Madnick-Donovan (still have the book somewhere), used and managed few different environments over the years, but now I just want it to work, and otherwise stay out of the way…

Oh, one more thing. It would seem these days that one has to buy into an increasing number of package management arrangements depending on what applications are used. Oh, the OS ones go without saying, but if you want to use much Python, it’s pip. Web apps, npm, MSYS2, pacman, Perl, CPAN, recently PlatformIO and VSCode, and I’m not even sure what their package thing is called. Those are just the ones that have touched my attention, but it’s increasingly a relevant sub-culture in the dev world…

The most powerful tool for productivity is YOU!

… and I use Linux Mint with Cinnamon DE

It reminds me of a friend who would never buy a new PC or laptop because there was always some new feature coming out which the others didn’t have. The inevitable result: stuck with old machine forever.

Sometimes you just need something that works well enough and isn’t obtrusive - the distro choice shouldn’t be a big deal.

The most powerful tool for productivity is YOU!

Easy to catch the distro disease. I’ve spent the winter away from my Manjaro desktop, and have been running Zorin Core on my laptop. I’ve been very happy with it, it’s low maintenance and performs well on my hardware. It has a nice layout customizer that let’s you choose from several styles of desktop, and you can change at any time.

While I had the time, I also had a look at MX Linux (after all, I’m in Mexico), Pop OS, Fedora 35,OpenSuse and Arco Linux.

All had features I liked, and some had issues I disliked. I’m probably going to replace Manjaro with Zorin 16.1 on my desktop, as I shudder at every Manjor update because something always breaks.

When I started with Zorin OS, the 3.81 release of darktable was not available, but the OpenSuse build worked fine. I got a lot of image processing done this winter, no crashes, no drama, just a good focus on my photography. Other than darktable, and the usual security fixes, I really don’t need to be on the bleeding edge. I’ll reinstall in a couple years anyways.

I am keeping on eye on PopOS, as I might get a System 76 Thelios desktop in spring of 2023. I did like the VM of PopOS, and I think they are going in a good direction with their hardware and OS.
I’ll probably add their tiling manager to my Zorin OS during setup. It will be handy on a large monitor, not so much on a desktop.

One interesting note, as @betazoid mentioned, it’s feasible to run an OS off a fast USB drive. There is a neat tool in MX Linux to make a persistent USB stick that will retain changes and customization’s to an OS (doesn’t have to be MX, although that is all I have tested). So you can go ahead and install whatever software you want to the OS on the stick, and it’s there when you need it.

Hopefully you’ll settle in on one and spend more time shooting. And yes, Linux Mint is pretty great.

For Solitaire games check PySolFC on SourceForge. Runs on any platform.

And it seems there is a major issue with *Buntu 22.04 based distros using Appimages, due to Fuse 2 not being installed, nor installable… 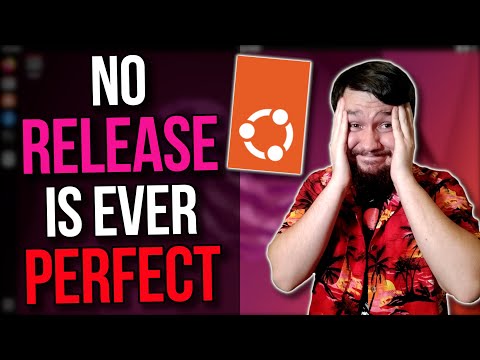 When was the last time you used an ASCII-only Web Browser?
Brrrrr. (Yes, those creatures still exist - - and they are fast!)