I don’t know if it’s a “bug” as bug but most filters do not rename layers, which I found “normal”

Let’s give an example:
I making some “Custom Font” and use G’MIC to create a 3D map, these filters rename the layer but I do need the original naming to run some scripts after. 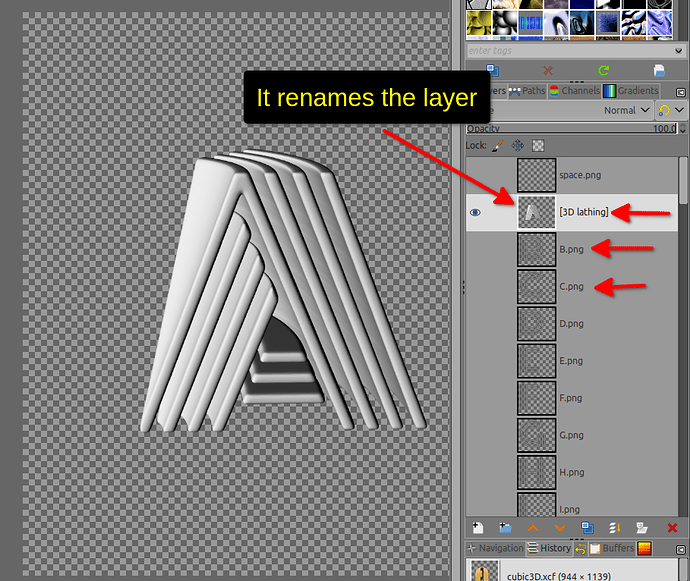 Below, I’m renaming 1 by 1 each layers 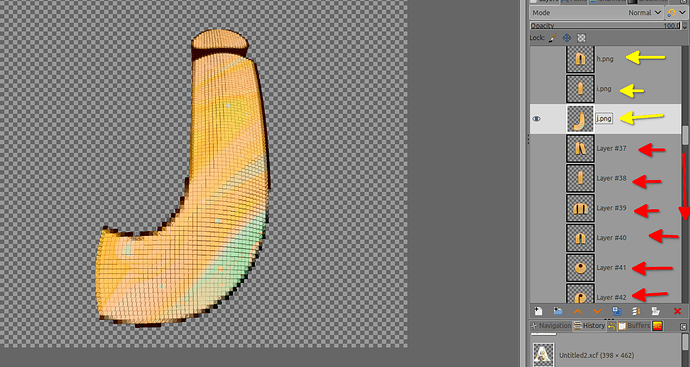 Is it possible to make those filters not renaming the layers? As actually I do need to put back all the original naming after applying G’MIC effect.

My question/request, is if it could be possible to make that “Note” (layer above as texture) being an option (like a check box) to allow us to use the “Input → All” to process multiple layers like it was a single layer (not taking in count the layer above to texture the active layer)?

What I actually do to by-pass this “top texture”, is to make all layers non-visible, make 1 visible, run G’MIC, then make that rendered visible, non-visible, then same for the next one, and so…

Is it possible to make those filters not renaming the layers? As actually I do need to put back all the original naming after applying G’MIC effect.

Yes, this should be fixed by:

Do not modify layer name in output, for filters '3D Blocks' and '3D Lathing'.

For the second point, I’ll have to look at it more closely. I’ll try to fix that as well.

Wow, you’re so fast.
Thank you so much!
Have a wonderful day.

Should I wait until tomorrow?

Are you using plugin version 2.9.9?
The update works only for development version 3.0.0_pre.

Indeed, I was using this version
Now updated to 3.0.0 and it works absolutely fine, thank you very much!
Have an awesome day.

For the second point :

Wow… I did tried and that’s pure awesomeness!
Thank you so much.
Have and absolute fantastic day!