Any recommendations for a good Linux laptop for photo editing?

After trying it out for a while I think I am ready to commit to darktable/DigiKam to replace Capture One on my Mac. Since Capture One is the last software that held me on the Mac I am starting to look for a Linux laptop to replace the MacBook.

The MacBook hardware is pretty good so I am looking for something that has:

It doesn’t have to meet all requirements but it would be nice to get close.

Does anybody have recommendations?

I have been looking at the System 76 Galago Pro https://system76.com/laptops/galp5/configure which looks pretty close at a decent price. No idea how reliable it is though.

My first thought is: will the Mac you already have do the job? How close is it to the specs you want? There are plenty of people here who have mentioned using Linux on their Macs.

I would like that but from what I read newer MacBooks don’t work well with Linux. An idea would be to run Linux in a VM but I am not sure how darktable behaves in a VM. It may be slow and I am also not sure how the image rendering will be affected

Should be pretty easy to determine the answer to that. Have you tried downloading a live distribution to a USB stick and booting it up to see if it works?

From what I have heard, Linux runs really well on Macs (i.e. prior to the M1). In fact, if you don’t want to dual boot, I find that VMs work smoother on Macs than "PC"s. Again, the only way to know is to experiment as @elGordo suggested.

Linux on Mac still requires some out of tree drivers for many of the post 2016 machines, battery life also suffers due to Linux not supporting all of Apple’s power saving modes. If you have a touch bar model that’s not going to work. I think even basic thing like keyboards and trackpads don’t work without some help: 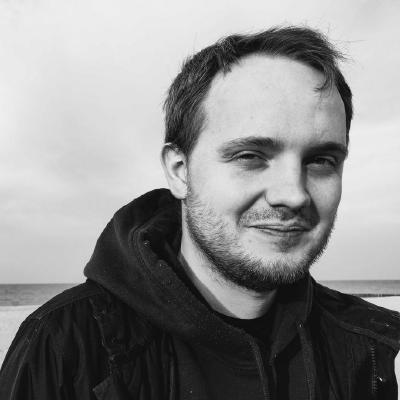 Contribute to mikeeq/mbp-fedora development by creating an account on GitHub.

In my experience 2008-2013 era Macs were about the easiest to install Linux on, the 2014 and 2015 retina MBPs were OK-ish but the touch bar and T2 models in particular have been troublesome. It’s certainly doable but not something I’d call stable or really rely on for daily work.

If it’s a semi-modern Mac I’d just leave MacOS on it and start looking at a PC laptop when it dies. My personal preference is Dell XPS or Precision, although Lenovo ThinkPads are still popular with Linux folks. The XPS and Precisions are pretty similar to Macs in terms of form factor and tend to play nicely with Linux.

No comments on their latest hardware, though; my laptop of theirs is from 2012.

A Thinkpad X1 carbon extreme or XPS 15 hit all your requirements I believe and are generally known to have pretty good Linux support. You might have to look at refurbished models to get one in your price range though. I have a refurbished X1 carbon myself I’m quite happy with.

A more general recommendation, if you chose a laptop which doesn’t come preinstalled with some flavour of Linux, check to see if it is supported by LVFS. Support means you’ll be able to perform firmware updates without booting into Windows which is a nice quality of life improve imo.

I own the previous generation galego pro and I like it a lot, though the screen is not the greatest, its not bad either. If you take a little bit of that 2k budget and buy a nice monitor, then I’d totally go for the galego.