A note: on linux, the configuration folder is /home/user/.config/ART5-dev… should it be corrected?

The default is ~/.config/ART, but you can define a additional suffix (like 5-dev in your example) at build time. So you need to ask the one who provides the build you’re using to change that.

I compile myself with the script ‘build-art’ that I found in the sources… I looked in this script, but I didn’t found any place when I can define or remove such suffix… where am I wrong?
thanks

It got removed from build-art script here:

But it’s still supported through CMakeLists.txt.
Calling cmake (and building art running “make”) manually with the parameter as shown in the above commit will enable it again.

The update of lensfun database is not really easy if not impossible for users of bundled builds.
Could it be possible and interesting to adapt and include the program of @ggbutcher C++ Lensfun Database Routine/Program in ART?

something worth considering, I’ll put it in the queue (but no ETA at the moment)

Waiting for an integration, a simple method is to include a dbupdate.exe in the build which updates the DB when run (double click).

I have a question regarding ASC CDL. I read that colorist prefer doing color grading in a log space (e.g. ACEScc or ACEScct).
Is it applicable to color correction? did you experiment?

Is it applicable to color correction? did you experiment?

no to both questions, sorry. what’s your use case?

I cannot have a usecase for something I don’t master at all.
That was just an interrogation due to the fact that colorists seem to color grade in log space and at the same time use ASC CDL as a way to communicate color grading.

hello @agriggio , could it be possible to implement in Art, for a more or less near future, a whole tab dedicated to an artistic approach to photo development? I’m well aware that we’re getting out of the classical work of the basic software.
This is to say that I do this work in post-production in Gimp, but especially with extraordinary modules that I find in the Nik collection (a plug-in that I have from the time when the Nik collection was offered for free by google), including a module for extracting details, which I can’t find any equivalent elsewhere…
An implementation in Art of an Art-logistics tab would be really Fun! (But I understand that the philosophy of the software would be a bit modified…)

Hi @jllailes, honestly I have no idea what you are talking about

I have never used Nik, can you describe what effect you are after (maybe with examples)?

For example, modules to switch from this raw photo ![ 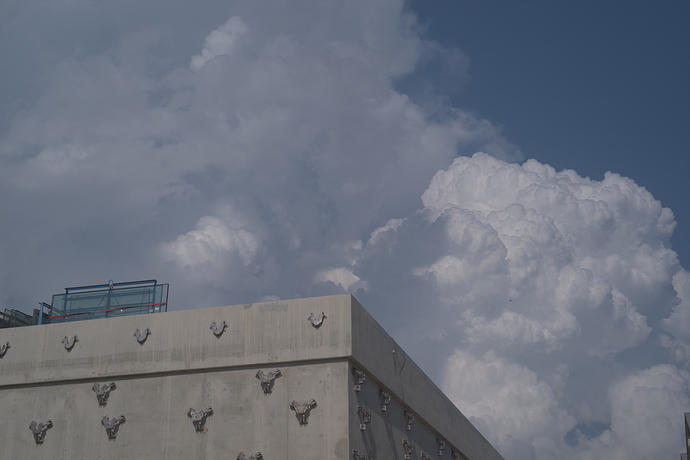 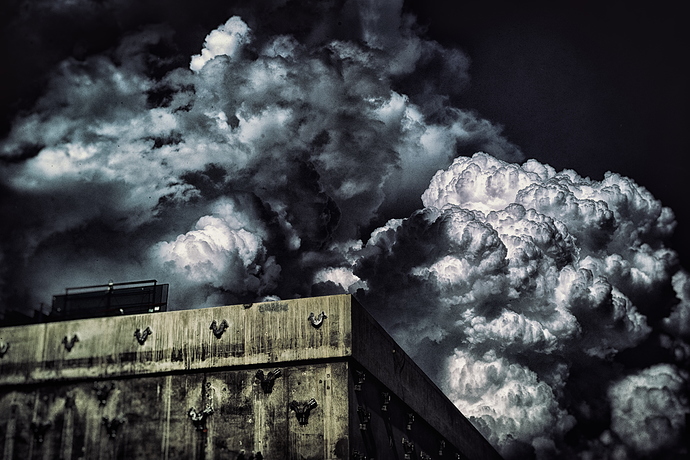 With Art, I can go quite far in the treatment, but there are a few things missing to push the artistic treatment.
with art (fast processing…)! 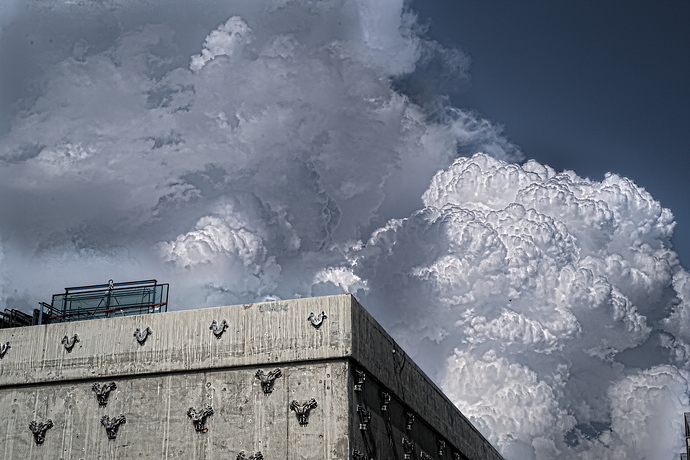 L1004073art5976×3984 6.95 MB
extracting details from nik’s module goes much further than increasing texture. It allows the highlighting of the black traces of the building (almost invisible on the raw photo). A module of bokhey allowed to blur the left part of the photo. and a dirt texture was applied on the photo.
here is an example of 3 artistic possibilities to enrich art: the possibility to add a texture image in transparency, the possibility to blur a part of the image, and a very advanced and localizable detail extraction…

but I know that in these examples, we’re going beyond the classic treatment of a raw photo !!!

Here’s what I can get… is that artistic enough? 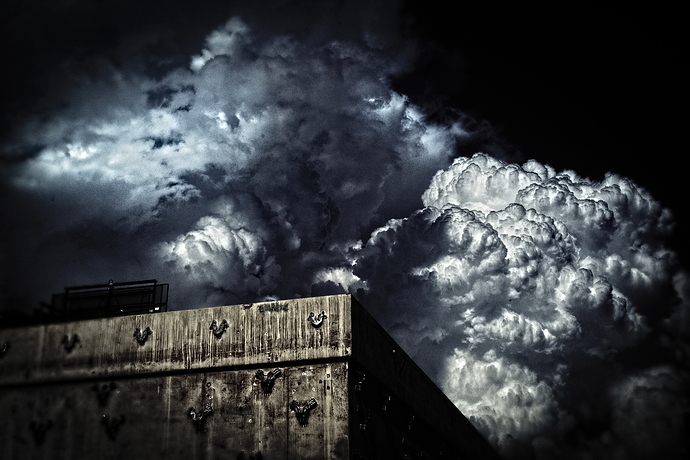 yeeaahhh @agriggio !! really great achievement !! i have to perfect my knowledge of the modules !!! bravo alberto !!

@agriggio, Since the last update, it seems to me that the amplify texture module is much easier to control and generates much less artifacts.
am I imagining it or is it true?

I tweaked some things, so it might be possible, yes

this software is really great.
With 3 of the 4 local modules, you can really do almost everything…
in fact, all that’s missing is the possibility to add texture files (or a signature for example) and maybe the possibility to modify some pixels in a basic way (a cloning tool)…
It’s perfect otherwise.!!

Hi Alberto, to work on the sky, I had to create a delta mask : 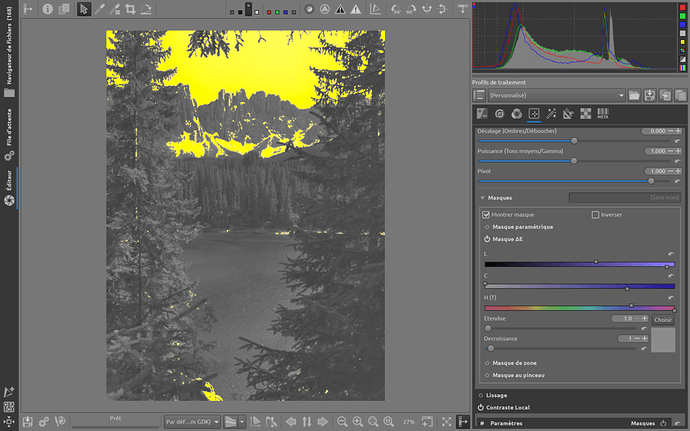 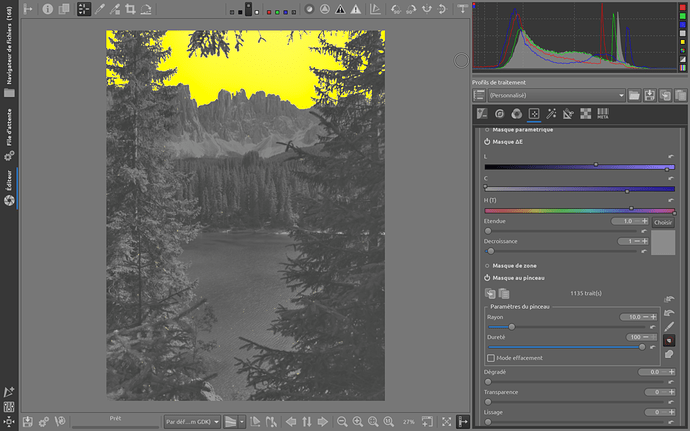 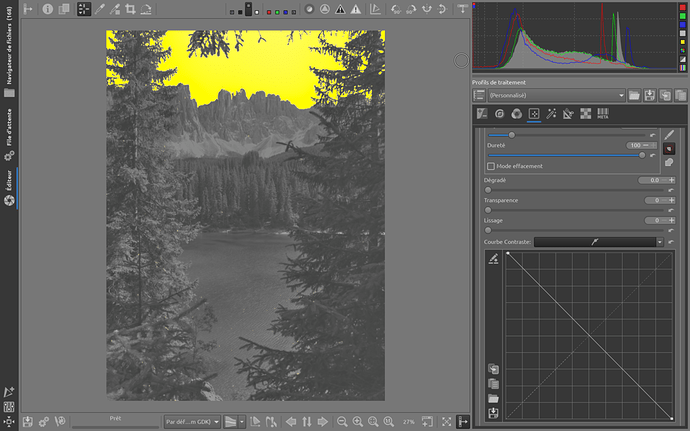 I’d expect it then to start at 0 at the left?

normally, you should not need to go negative. values less than zero are only if you see artifacts.

By the way I notice some decidedly nonlinear behaviour in the slider, is that intentional? Is it that from -5 to 0, small detail is increasingly protected, while at 1 and above a much wider contrast area is protected?

yes, indeed this is the case. that’s why negative values are usually not needed, the effect is subtle enough that it shouldn’t cause problems in most cases. but for the odd cases in which it does, you can lower it or turn it off completely (slider all the way to the left)

hi,
if I understand correctly you want to use the brush mask to edit the other masks. this is already possible, just use the brush in “add” mode, and then you can paint over the previous mask (or erase portions of it).
see the video here:

Hi again, I’ve worked a bit more on the drawn mask (which I’ve renamed to “Brush mask” in the GUI), I think now it’s ready for some testing/feedback. People who are interested will find it in the drawn-masks branch. Besides fixing a couple of bugs and speeding up the code a little bit, I’ve also added one more mode of operation. Together with the “normal” mode, that is to intersect the brush mask with the other masks, there is now also an “add/overlay” mode, which lets you use the brush mask t…