As some of you may know I have been playing with an EOS RP camera lately and due to the lack of CR3 support in dartkable I’ve been using ART to look at the files and do some basic processing.

After trying out some alternative ways to convert the CR3 files in a format that’s supported by dt, in the end yesterday I did what everybody else recommends – installing adobe dng converter in Linux using wine. Some problems here and there, and a few random error msgs later (e.g., under Ubuntu 20.10, I needed wine 6.0 to make the installer works and wine 6.0 is not straightforward to get in Ubuntu), I was able to convert a batch of raw files and import them in dt.

I already knew that the default processing applied by ART is very good and I rarely need or want to do anything else. But I was surprised to realize that I was unable to match the result in dt… I’m probably rusty as I haven’t been using dt for a while now ‘thanks’ to this little canon, amd I always believed that the blank slate given by dt was a perfect starting point to edit all my photos… but I realize now that I’m helpless in trying to get “there” (i.e., where the ART base processing tells me that there’s much more in the raw that I could originally thought).

I know that this sounds exactly like the usual request e.g. “how do I match the out-of-camera jpeg in {raw editing application}”… Anwyay, i any dt expert can give me hints or show me how to set up a basic sequence to process these files I’d be immensely grateful.

I have included two photos here, the raw files are in DNG format to you can import them wherever you want, and for each of these photos I have the jpeg outputs from ART and dt. One photo is taken at very low ISO, the other at very high ISO, just as examples. I have also the xmp and the arp.out files with the settings I’ve used in dt and ART, respectively.

All the files are licensed Creative Commons, By-Attribution, Share-Alike.

20210507_CRP0868.jpg
urban landscape taken at f/4, 1/500s, ISO 50. I have two issues here, first is the colors (I’m unable to get that pleasing light reddish tone in dt, which is perfectly catpured by ART without touching a slider, and that matches perfectly what the evening colors were) and secondly the way the details of the building in the back are sharp; in dt I used contrast equalizer but I don’t think the results are on par with ART. 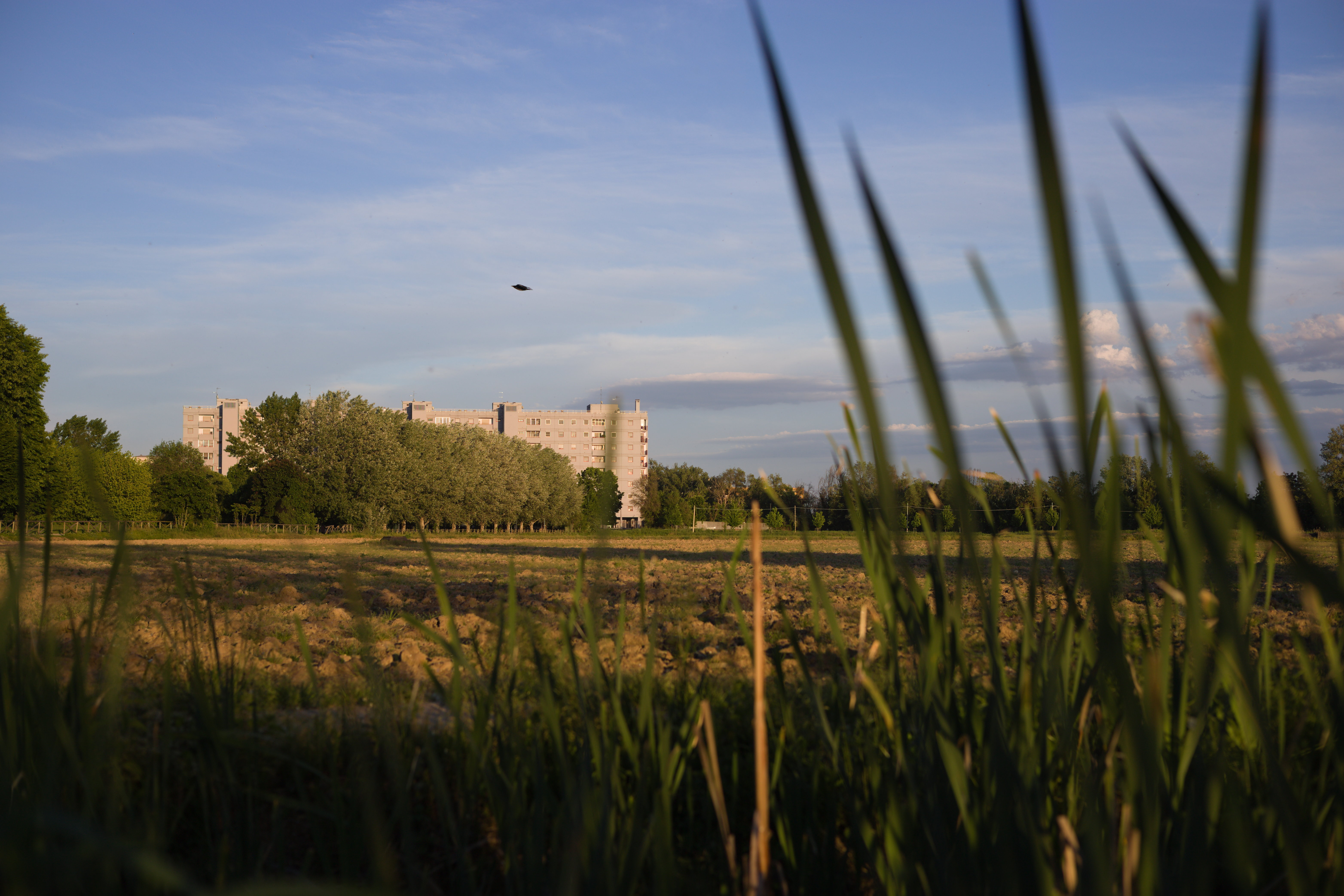 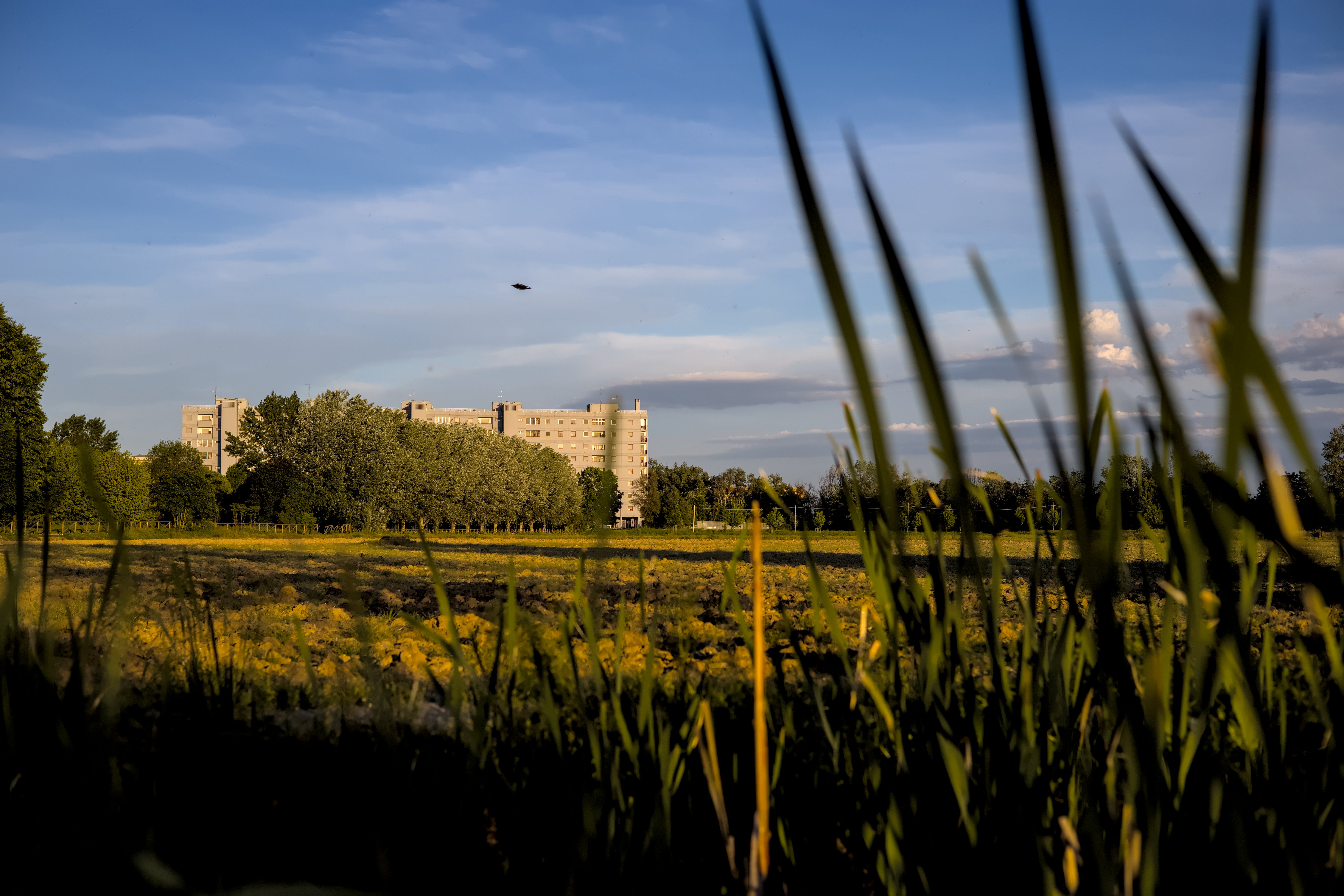 20210507_CRP0916.jpg
blurry shot of two old friends playing at night in a dimly lit basket court, ISO 12800, 1/25s. Once again, it’s the ART colors even in these difficult lighting conditions (artificial light) that stand out for me – check the white shirt of the guy on the right and how the same shirt appears on dt’s version. In general, dt gives me a slightly colder view of the same files and I can’t make it better with the usual fiddling of color calibration/white balance or increasing contrast or saturation. 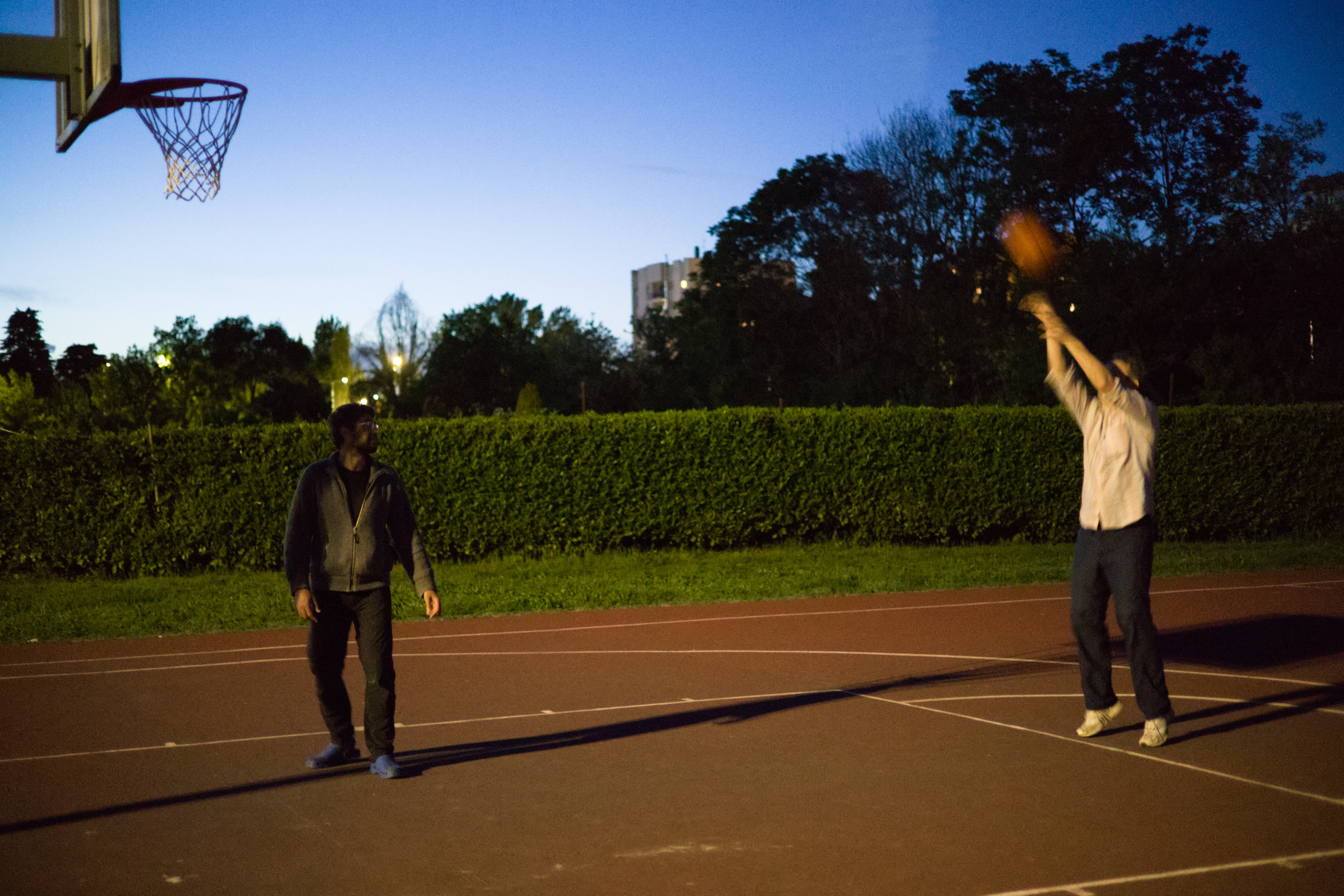 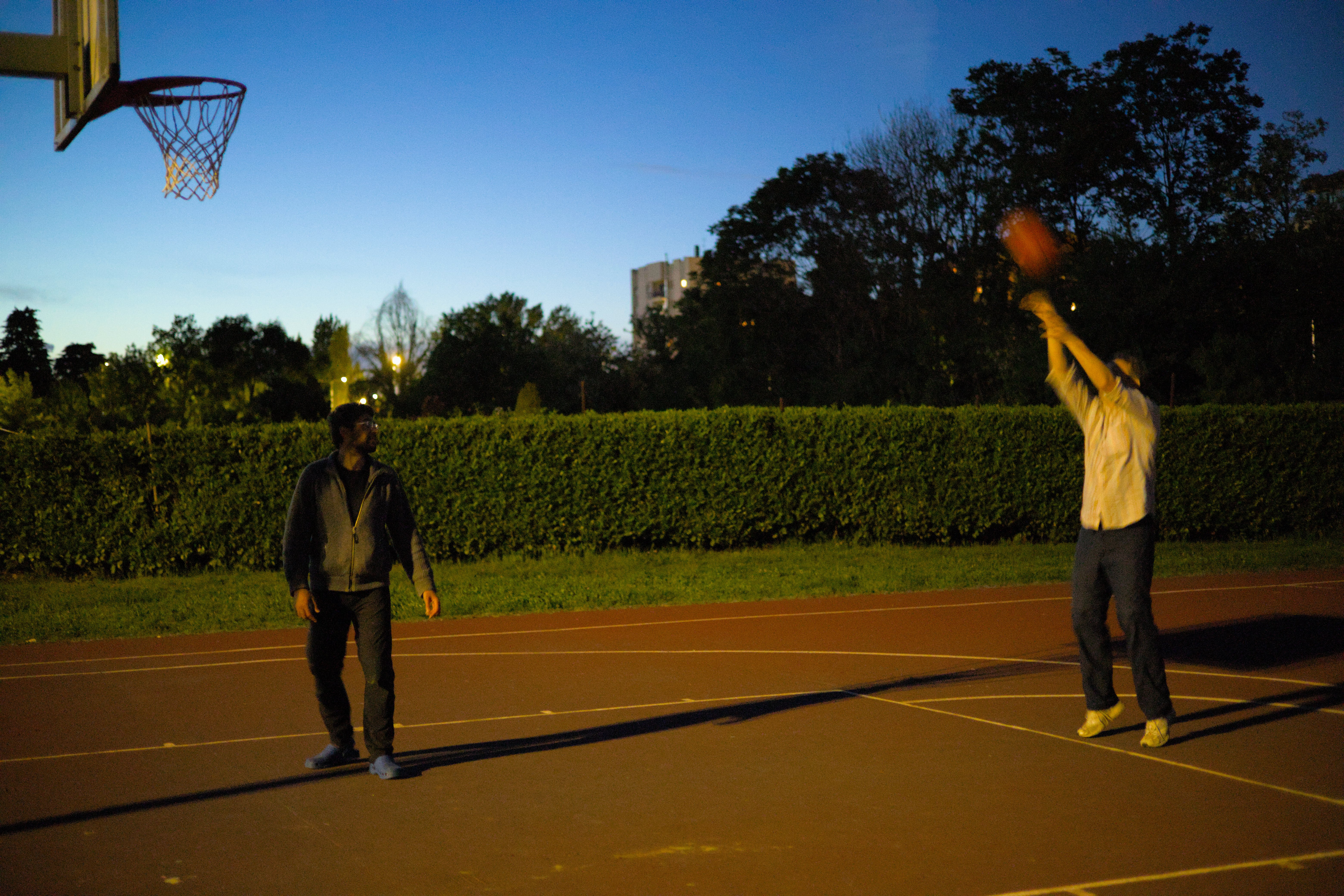 Final note: I have just noticed that posting these files on the forum (or maybe after converting to jpg?) they are much more similar than what I see on my screen, working individually in ART and dt, so take my above comments about colors with this in mind.

Direct match was difficult. So, I manly did what I would normally do in darktable. 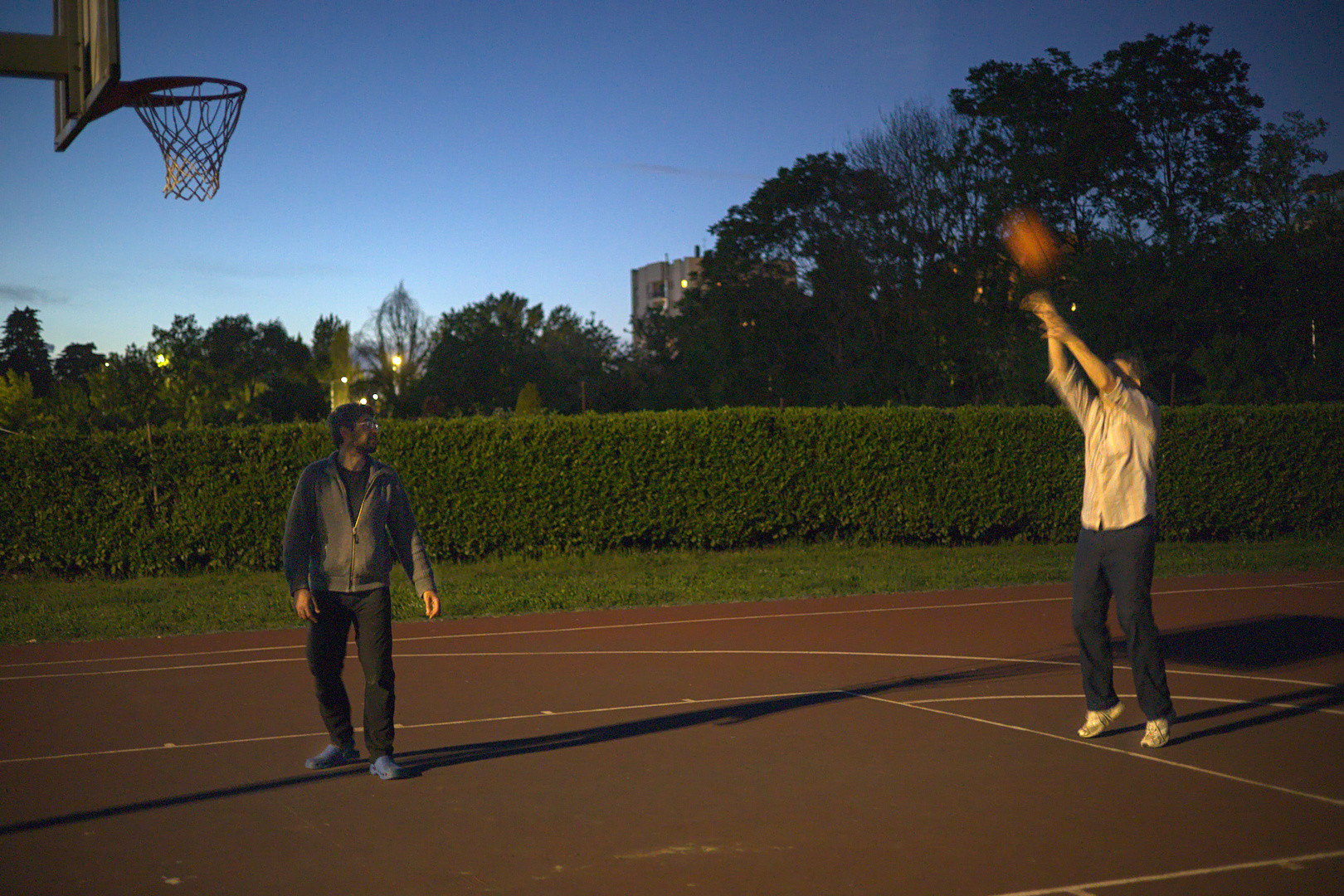 For your first image leave filmicrgb untouched and use color calibration in CAT / custom mode to change the hue a little bit to the red side: 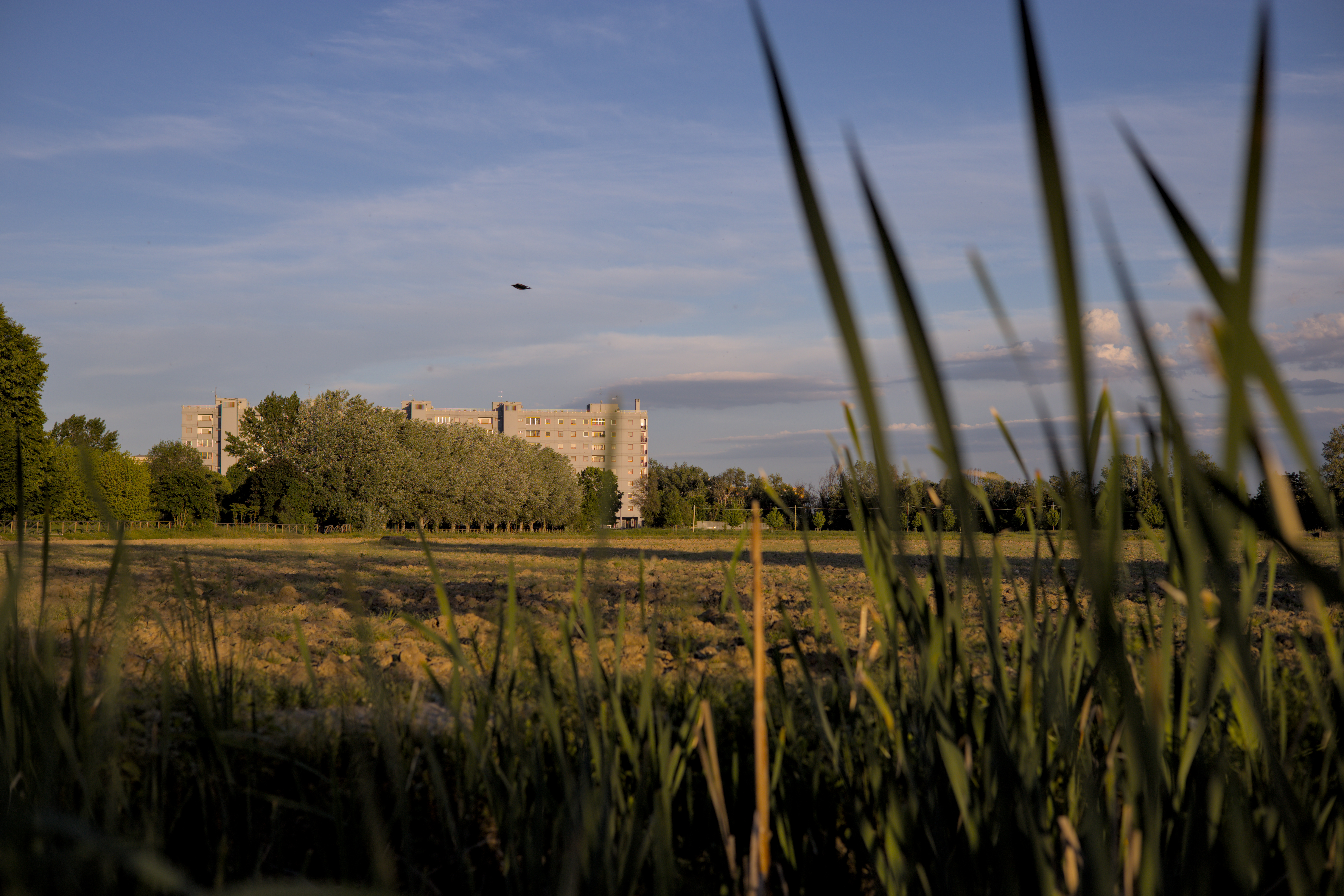 My version of the first image. Sharpening might be better in Art. 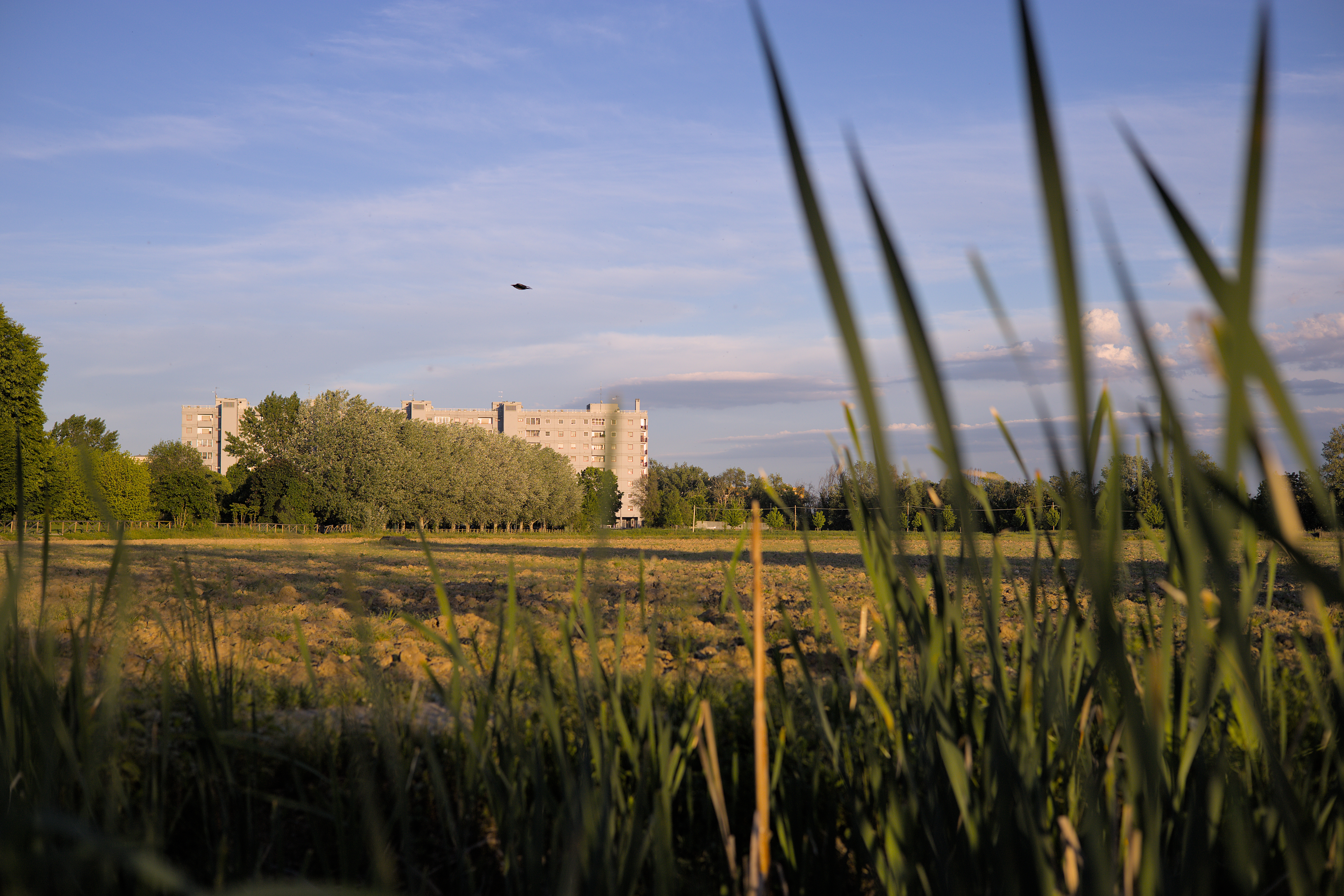 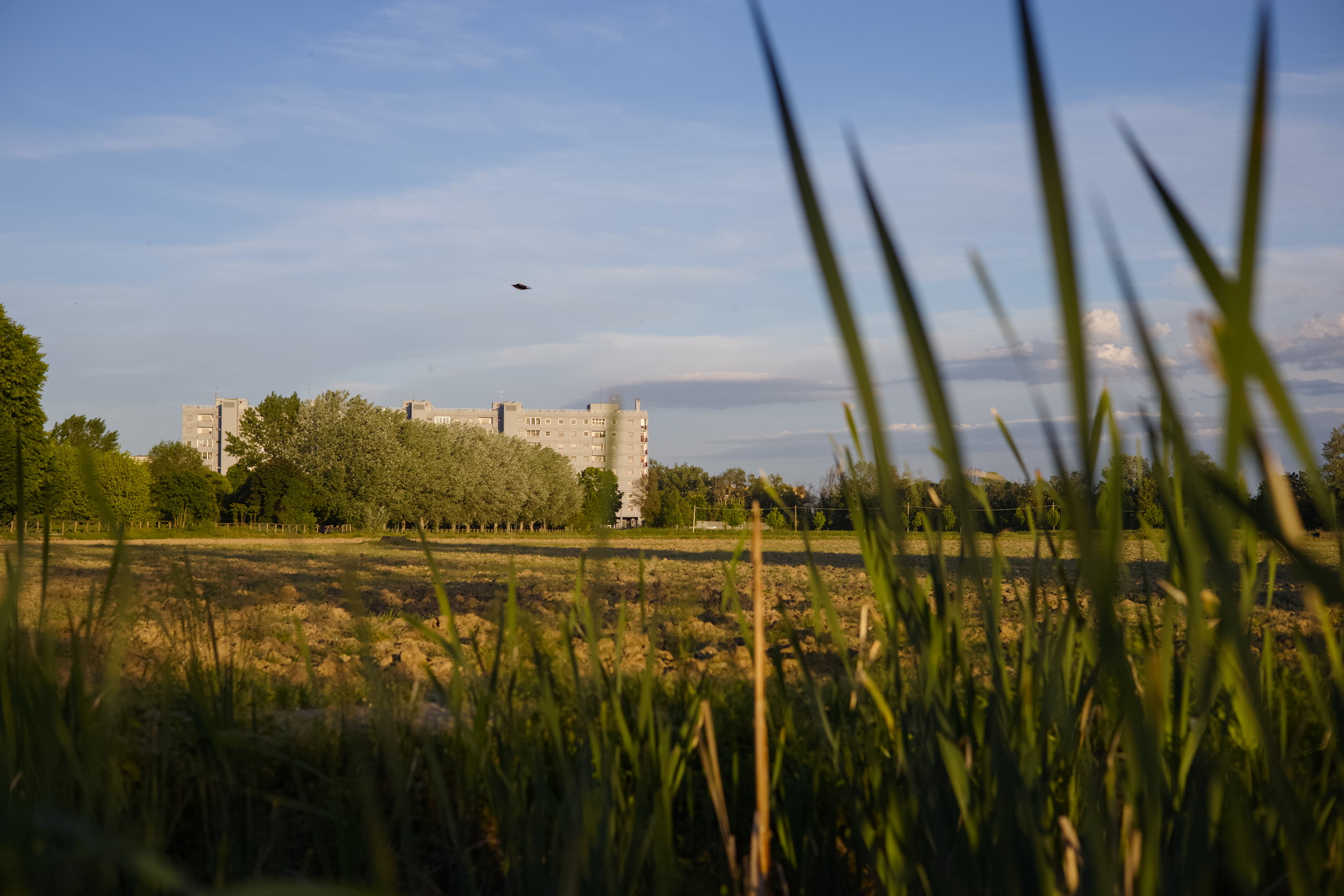 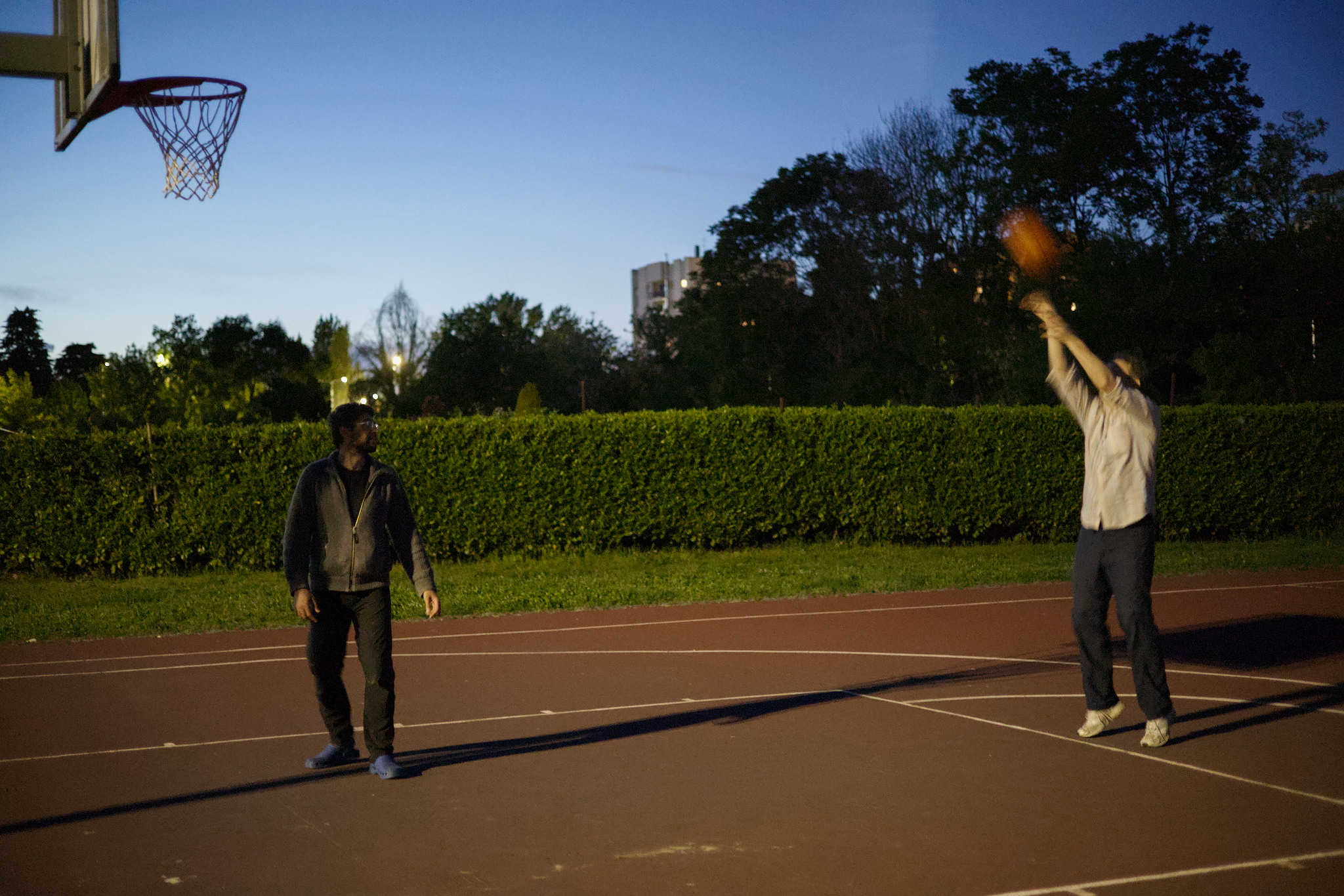 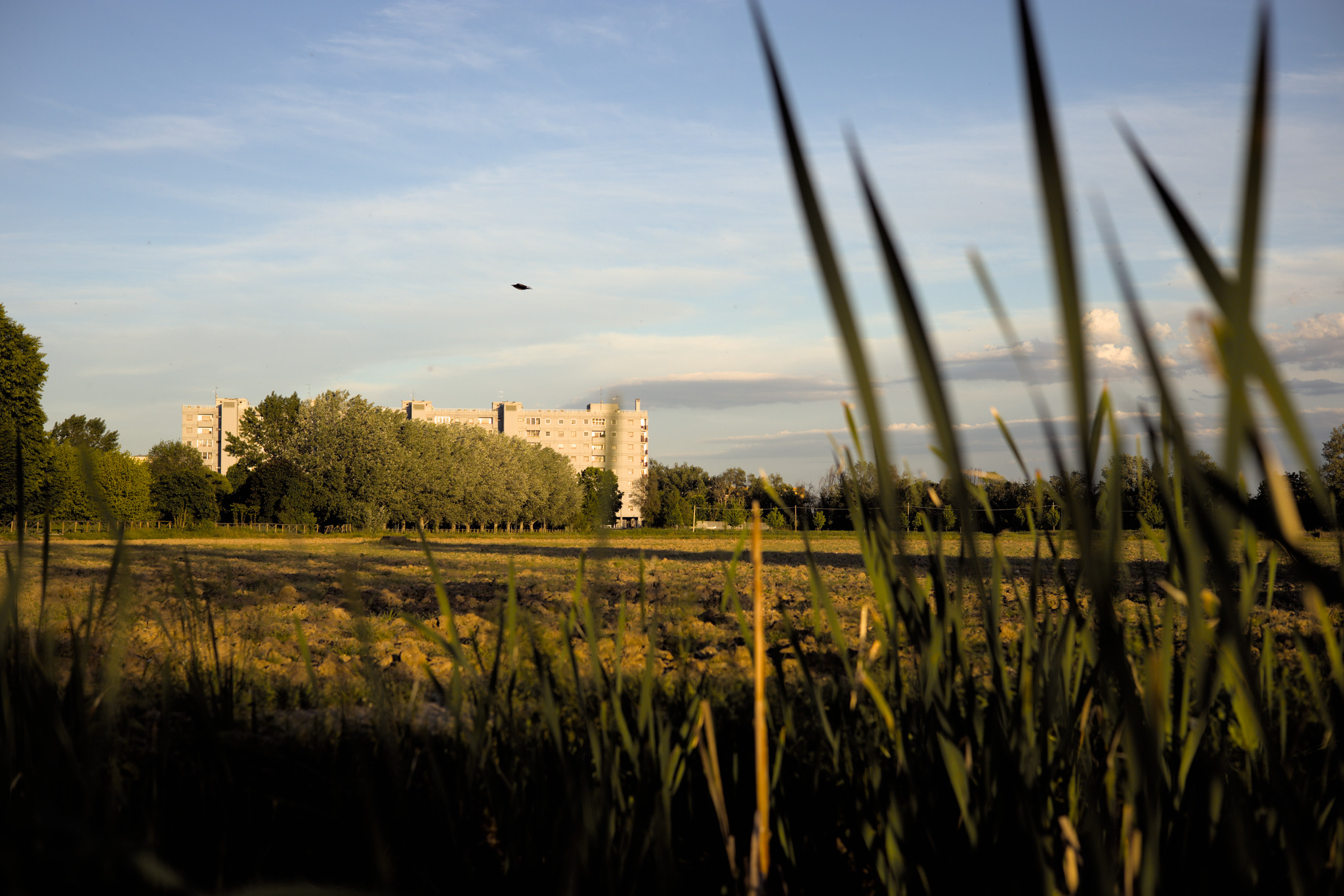 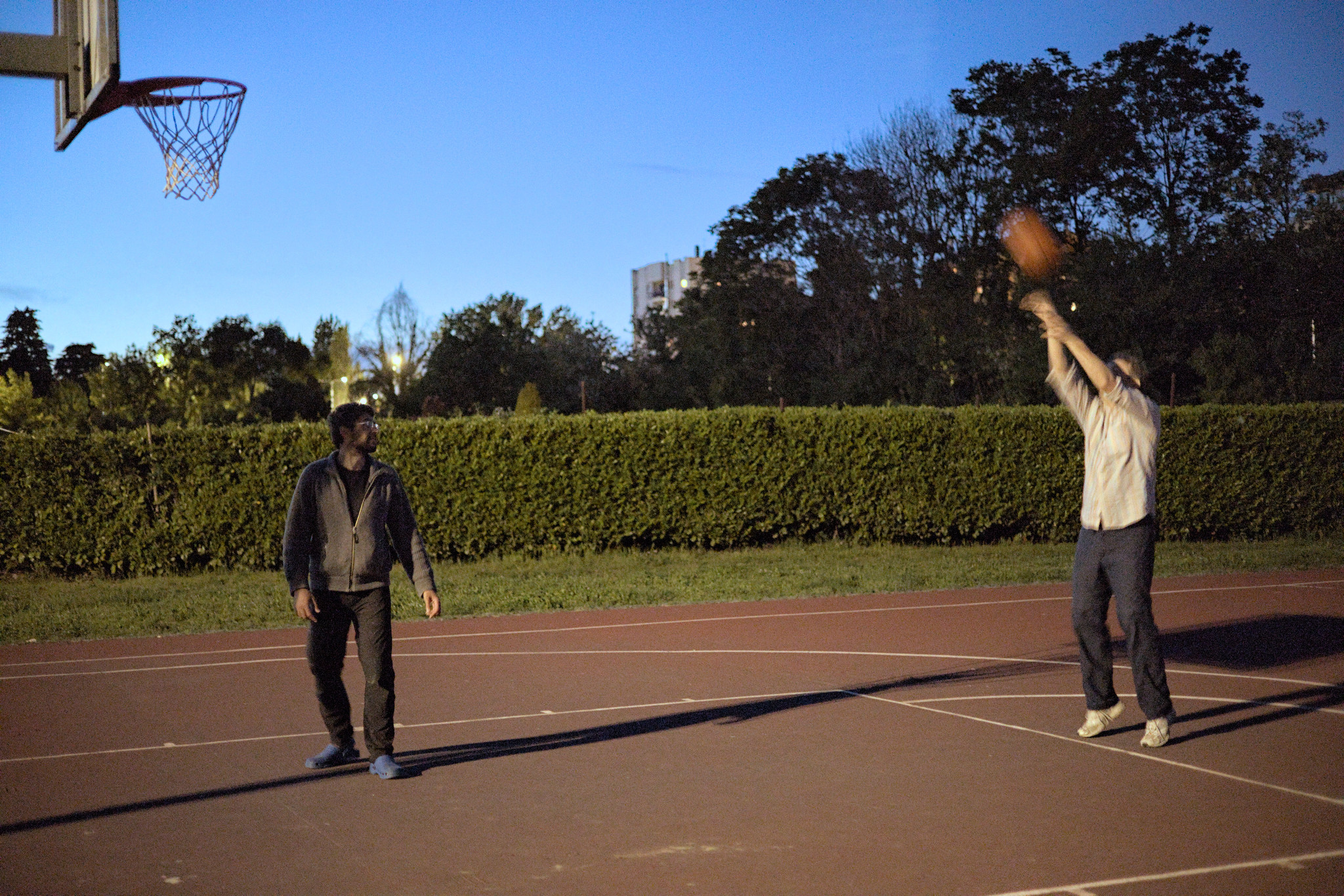 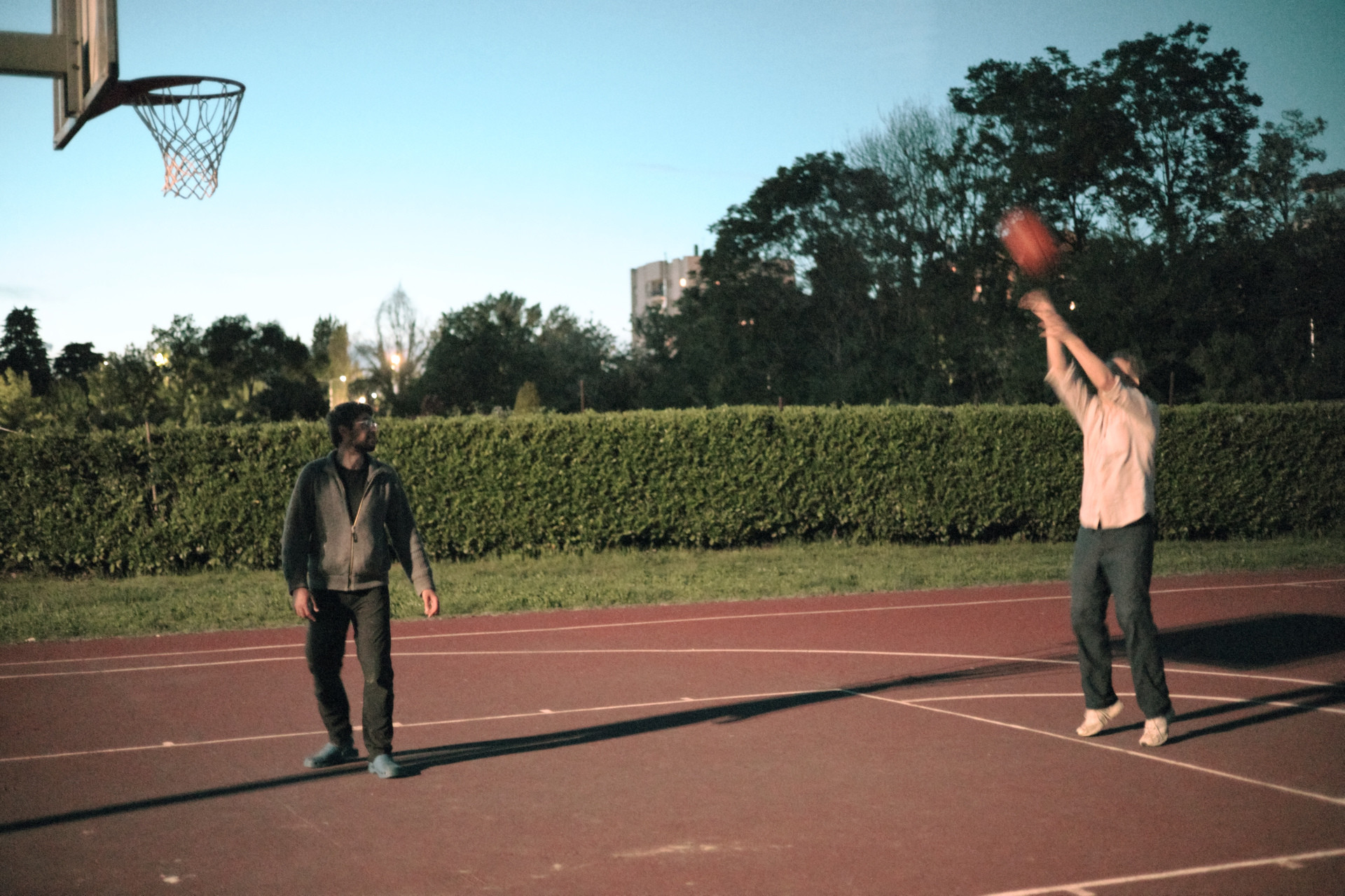 I feel like you are after a one click type solution, so here is mine. All I did was load the style and white balance in color calibration (sampled neutral from the clouds, though judging by other results here it might have been better to sample from the building). 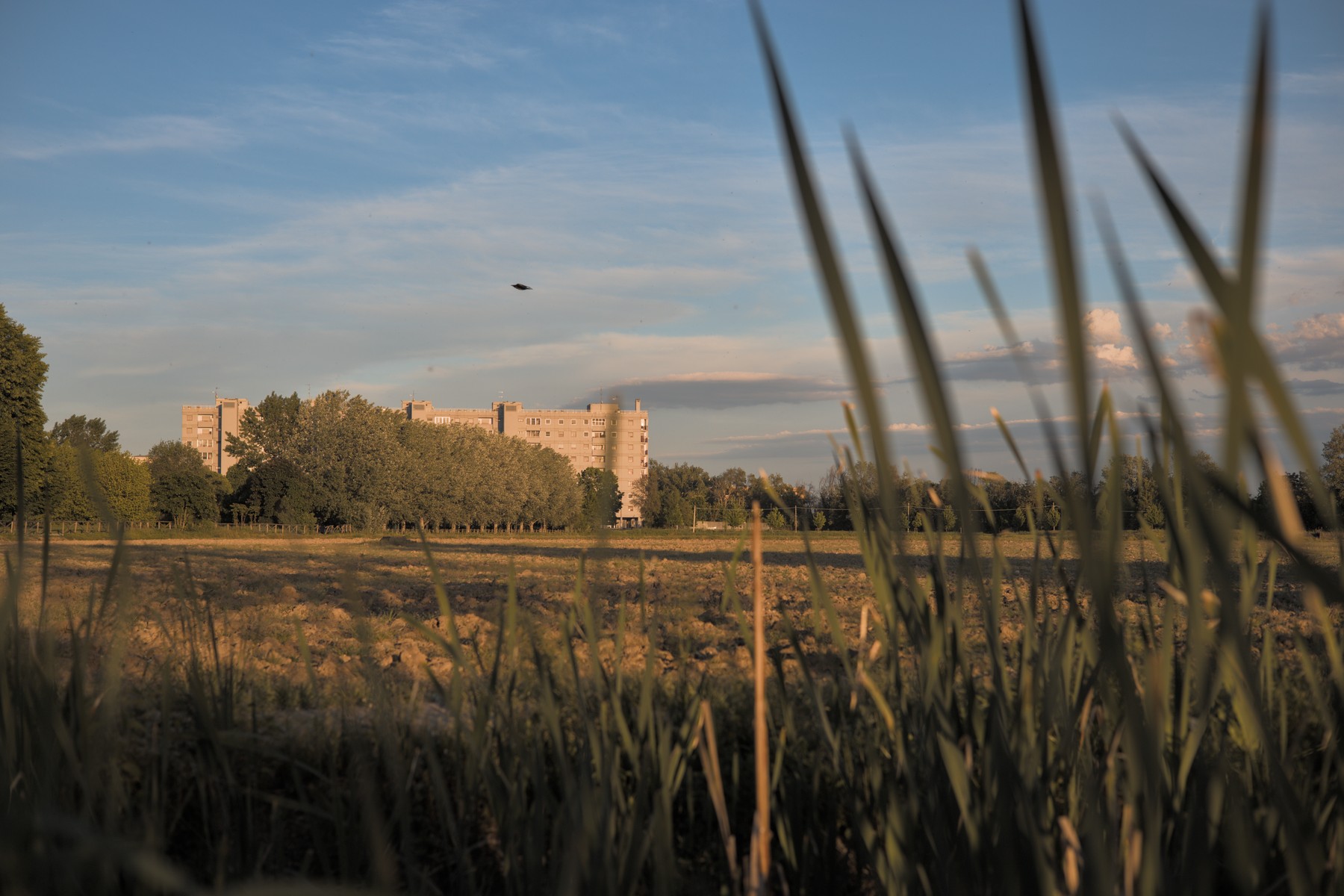 There are lots of things you could further tweak, but for landscapes I find this gives an excellent starting point. It doesn’t work as well on portraits - the second instance of exposure module makes skin tones too red, and second instance of color calibration used to boost saturation is typically too strong.

Edit: However, still not as nice as your result in ART.

I suspect if you take the 10% midtone bump out of filmic it will be closer. Also I set the color preservation to none and then experiment. This can significantly impact the color of a scene like this…I will go and have a look from your files…

@AdamD Your landscape shot for ART above is close to the default Art profile but there are a couple of edits beyond that. I reloaded your dng in to ART and selected the default profile. Your DT example has a ton of contrast and saturation added in filmic color balance and stong local contrast settings so its not a good comparison out of the gate IMO. I took DT and used the default scene referred. Used the auto selection to set the filmic curve (ART has the automatched curve) and set color preservation to none. I found this to be a closer match in color to the default coming from art. I also disabled the color calibration and matched your wb settings from ART. So really default dT with a couple of adjustments that could become the defaults. Both software have lens corrections and chromatic aberrations. No sharpening for either 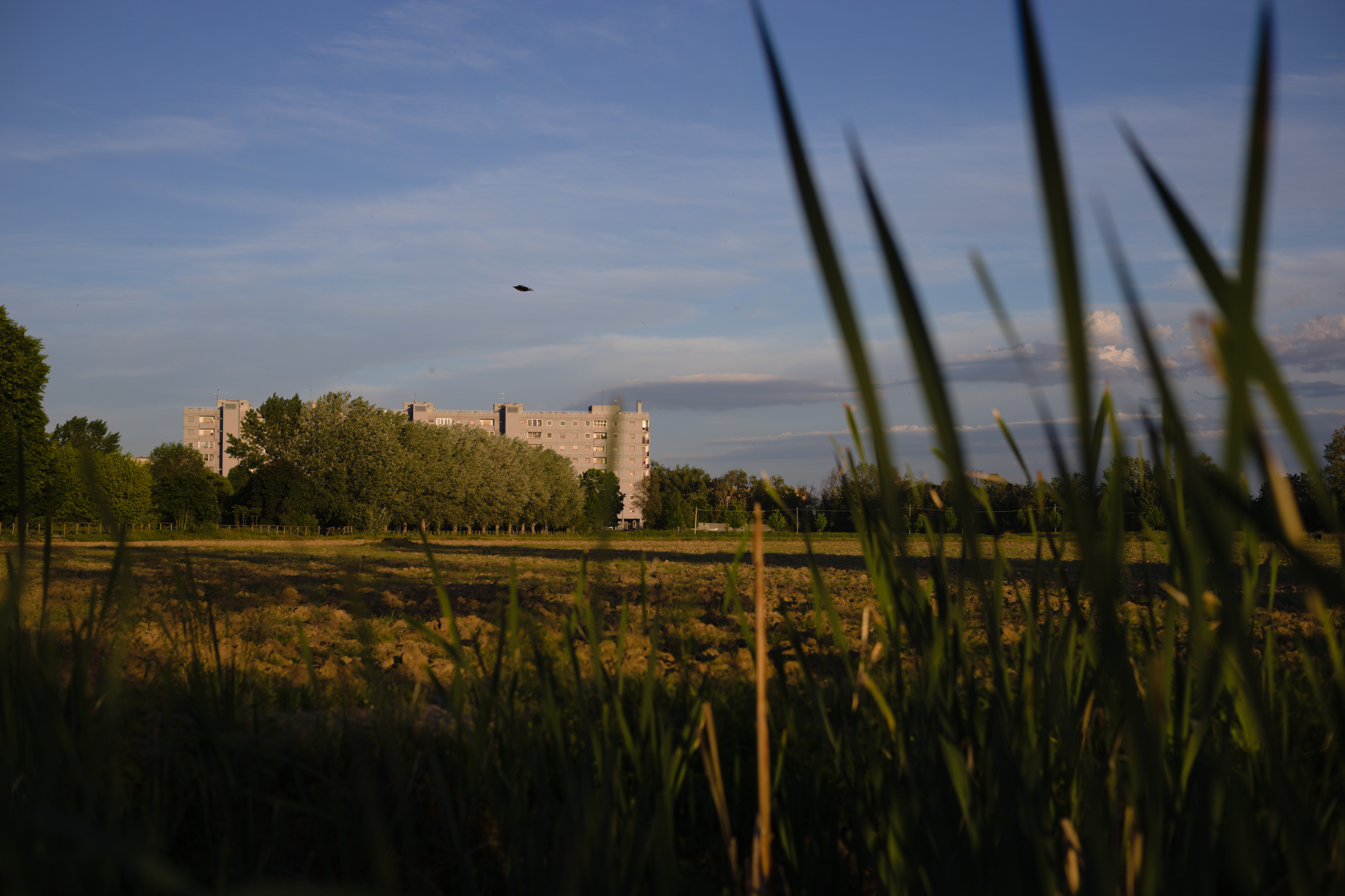 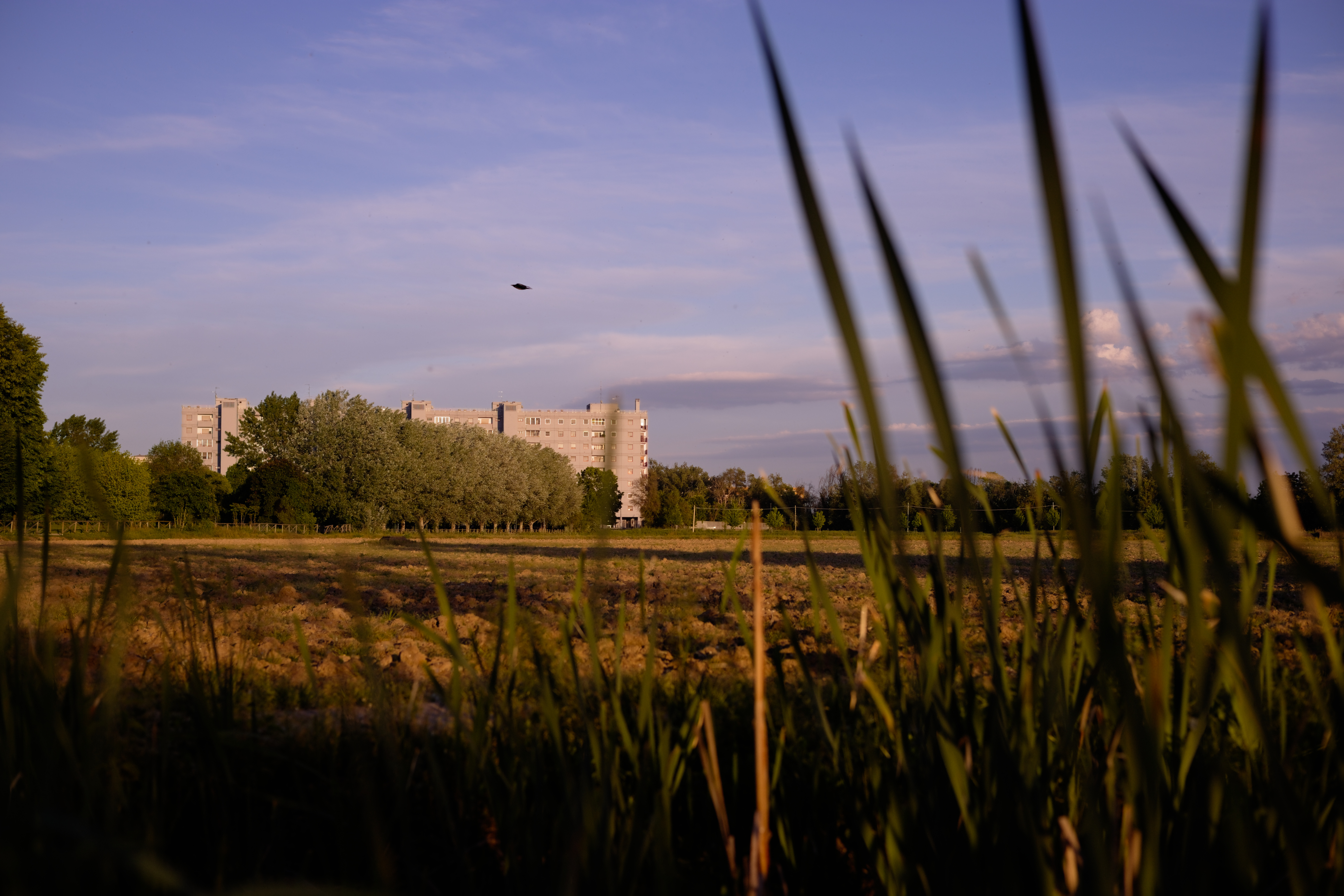 So to me not as dramatically different as your images may have initially suggested.

I think the green is too saturated but I was going for the minimal settings in both packages to see how they would turn out. 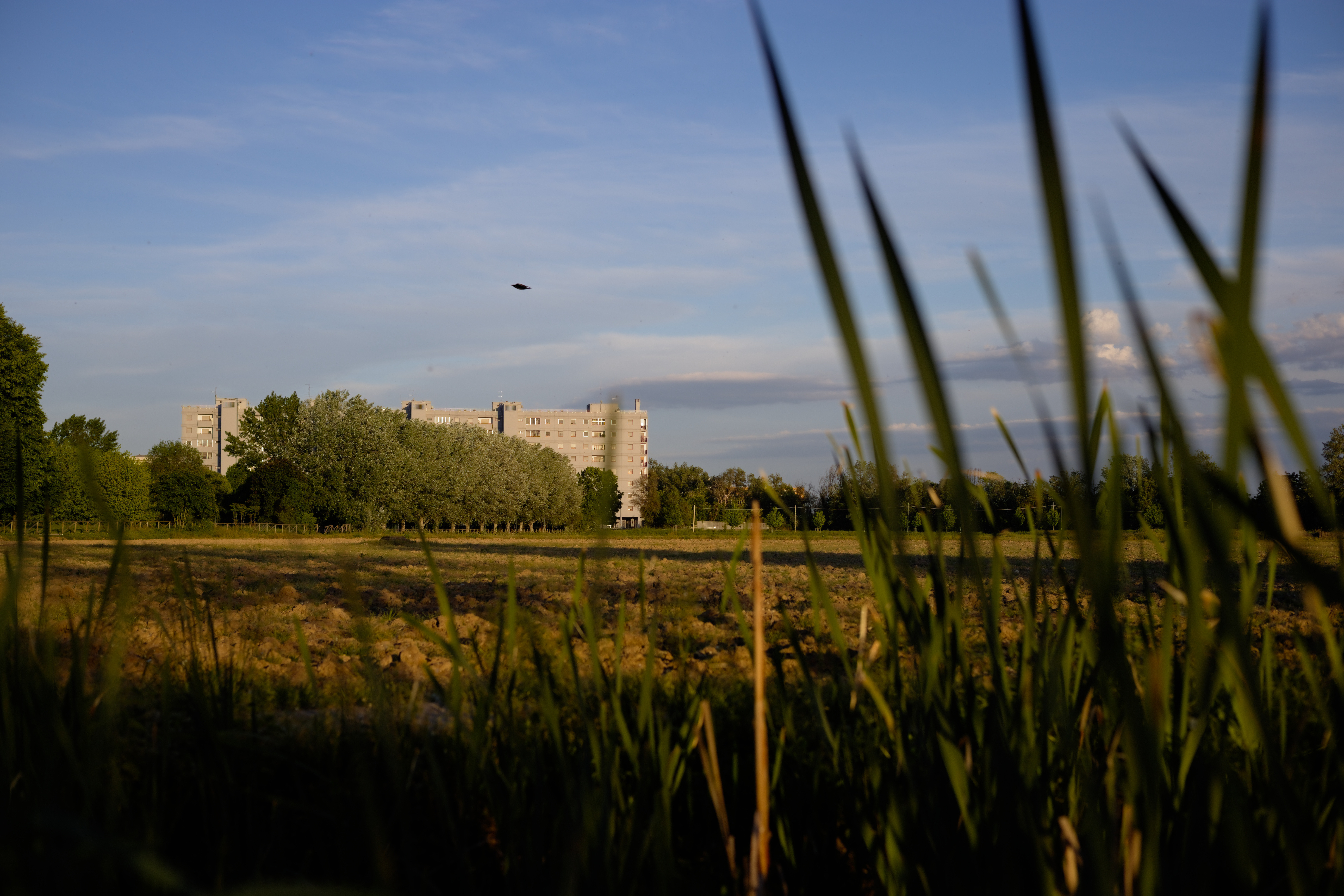 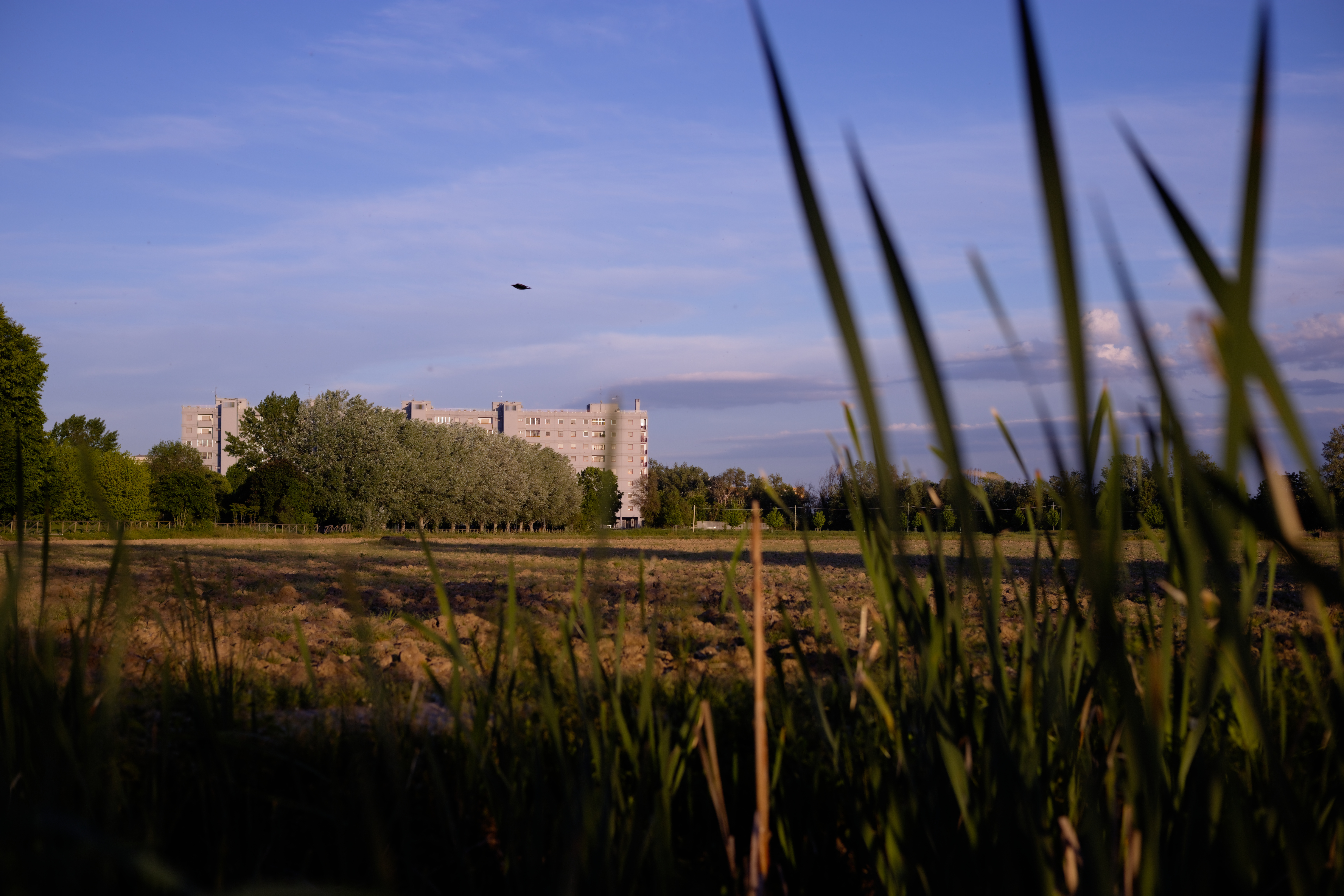 Your DT example has a ton of contrast and saturation added in filmic color balance and stong local contrast settings so its not a good comparison out of the gate IMO. I took DT and used the default scene referred. Used the auto selection to set the filmic curve (ART has the automatched curve) and set color preservation to none. I found this to be a closer match in color to the default coming from art.

I think we could observe three things:

in every dt edit the first image has inch-black shadows, this is due to filmic and the way it handles “oog” colors

Loaded into dt I can see no substantial difference between the gamut-clipping in the shadows in @priort’s 1st example when comparing ART to dt. 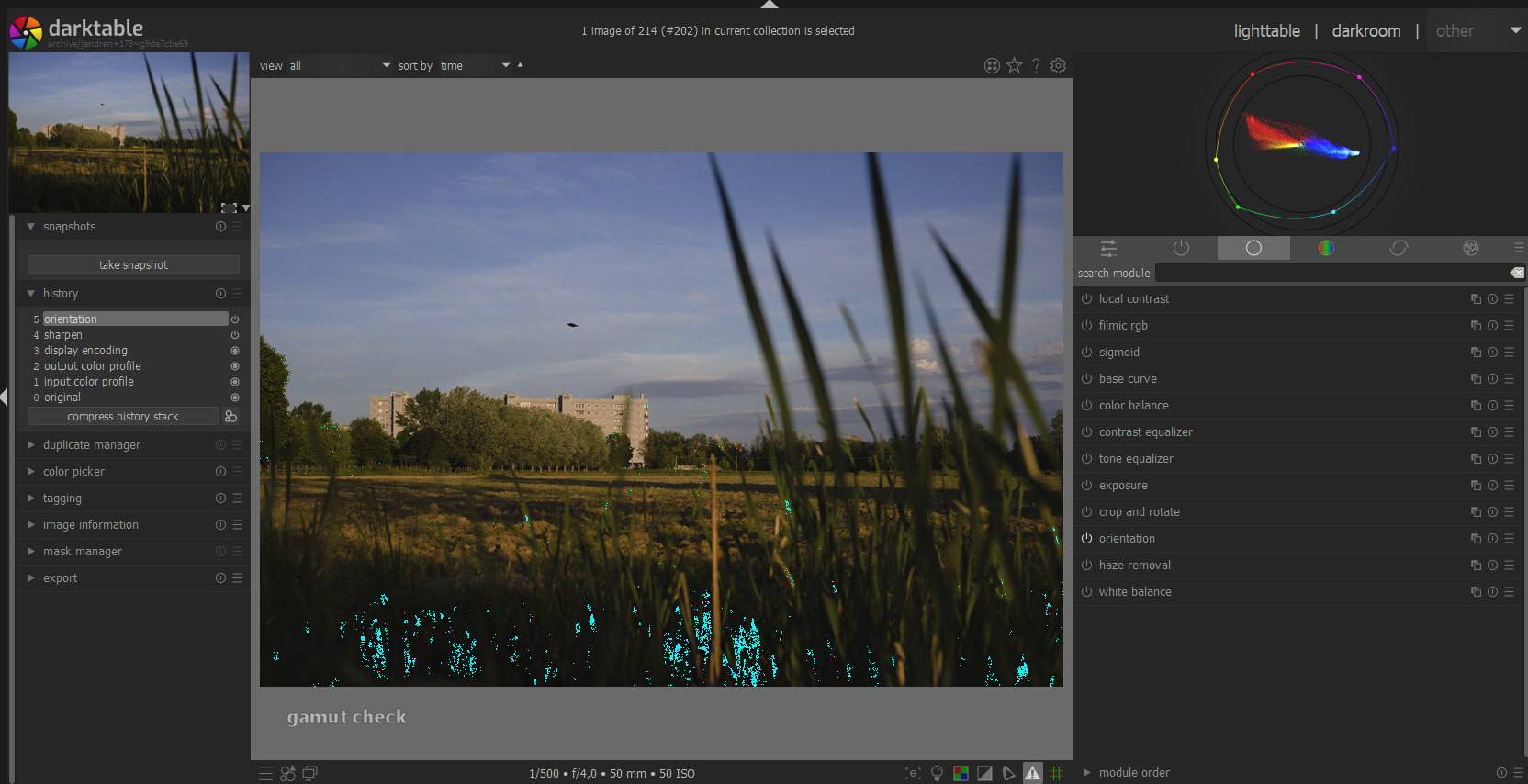 A difference can be seen if you compare those to basecurve, almost no gamut clipping in the shadows: 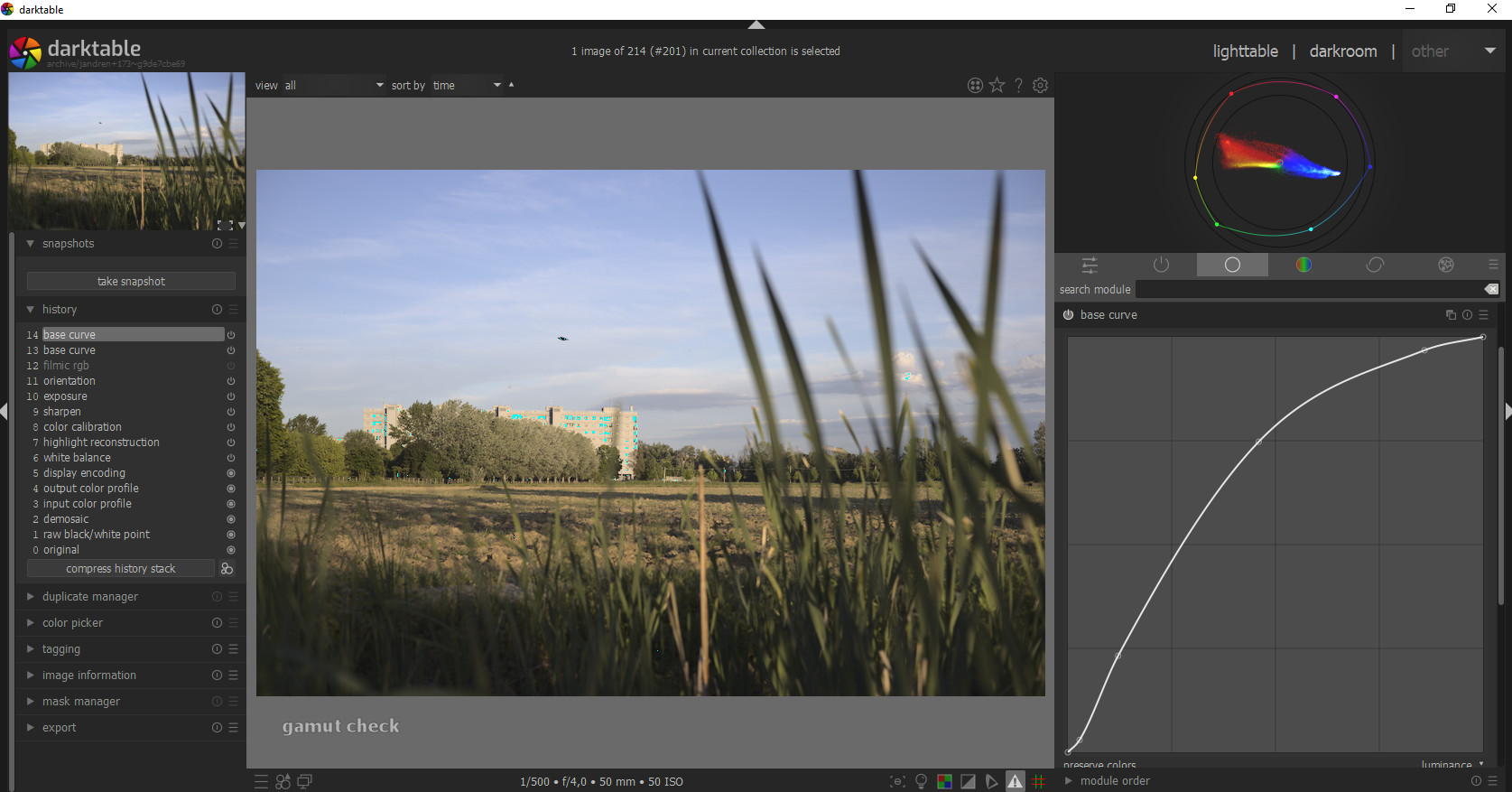 I absolutely agree that filmics standard settings sometimes are a bit off, especially concerning color hue shifts. In its standard settings it simply can’t fit for every image or every camera. We had a lot of lengthy and heated discussions about that, don’t we ?

. With a bit af tweaking nonetheless its a flexible tool.

Can you explain a bit how you do that ?

in every dt edit the first image has inch-black shadows, this is due to filmic and the way it handles “oog” colors (I’ve used a manual filmic log+level+curve for preventing this)

Certainly not every edit. Between ‘tone equaliser’, ‘filmic’ black relative slider, and slider for blacks in ‘exposure’ module, it really is not too difficult to get shadow detail in darktable. I’m one who likes to see detail in shadows, so I wouldn’t use darktable if it couldn’t be done.

extreme discoloration in the second image (again filmic is the culprit)

I agree filmic can sometimes cause discoloratioon or hue shifts (its why I’m looking forward to the sigmoid curve with its ‘hue preservation’ option). However, in regards to the basketball image posted by Alessandro, it looks more like a white balance problem. Compare the court lines between the two edits. If it is indeed filmic causing that, then its settings need to be better adjusted by user.

Definitely subjective. I never have a problem with contrast, despite rarely bumping contrast over 1.4 in filmic. If one needs more there is always tone eq, or local contrast. One module doesn’t have to do it all.

I think some of the flaws you are attributing to filmic are more to do with user than tool.

While I digest some of the latest messages and test them in dt, I’d like to thank you all for the comments and discussions!

I hope I can find a default filmic setup that gives me a bit more vibrant/less distorted colors… something similar to the bit of magic ART does. (don’t tell me “shoot jpeg then”).

Definitely subjective. I never have a problem with contrast, despite rarely bumping contrast over 1.4 in filmic. If one needs more there is always tone eq, or local contrast. One module doesn’t have to do it all.

Controlling shadows and contrast in dark areas has been one of the tricky things with filmic from day one. I’m sure it can be done and often the solution is to first raise exposure dramatically. Low key images are imho more difficult than properly exposed or high key ones. I say this a decided non expert on dt-filmic but was a dt user back in the day and test developments every now an then.

Can you explain a bit how you do that ?

Yes of course, the two main steps are using the unbreak input profile (this will raise the middle gray) and then use the rgb level module for bringing back the middle gray to his starting position. 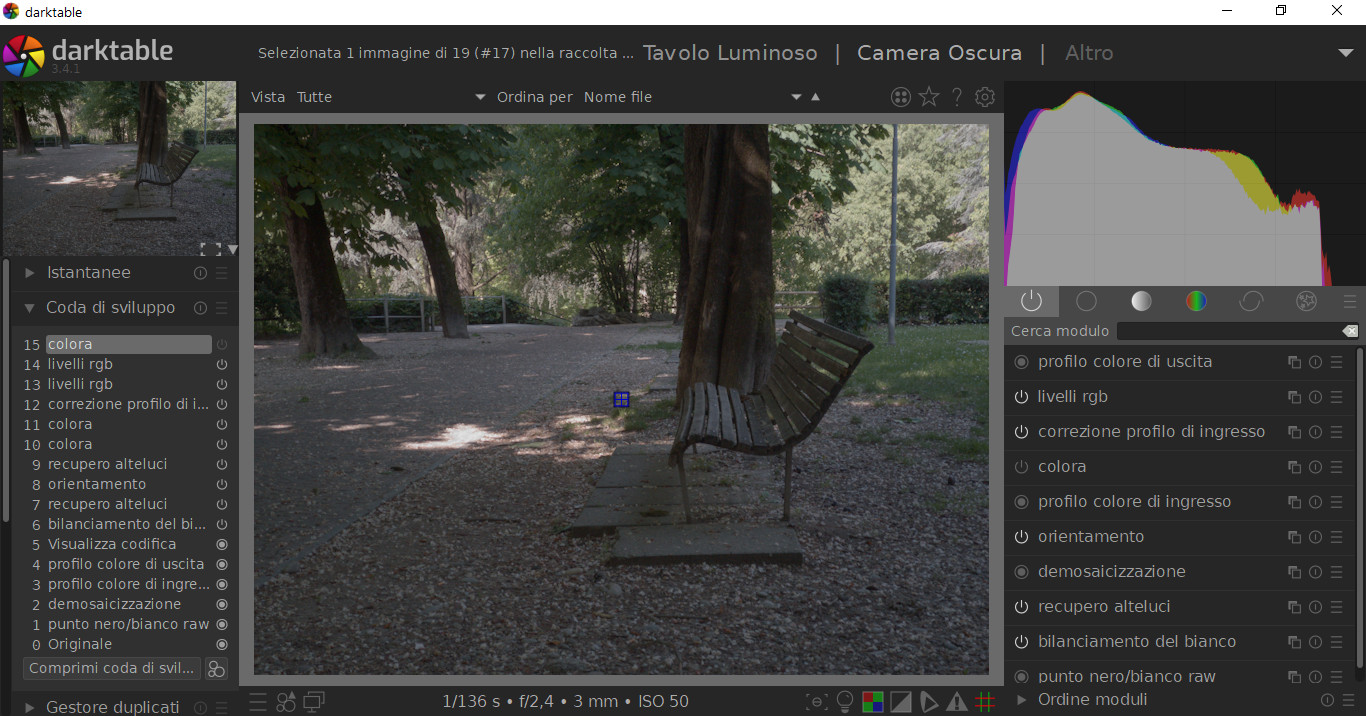 Would a similar result be achieved by turning on filmic, setting the ‘curve’ to a straight line (contrast 1, contrast in highlights & shadows ‘soft’, mid tones saturation 0), and only adjusting white and black relative sliders for the log encoding. Then place rgb curves after that. As filmic always keeps middle grey 18%, it would mean colorise, colour pickers, and rgb levels are no longer required.

Edit: If doing this effect in filmic, preserve chrominance option might need to be changed too. 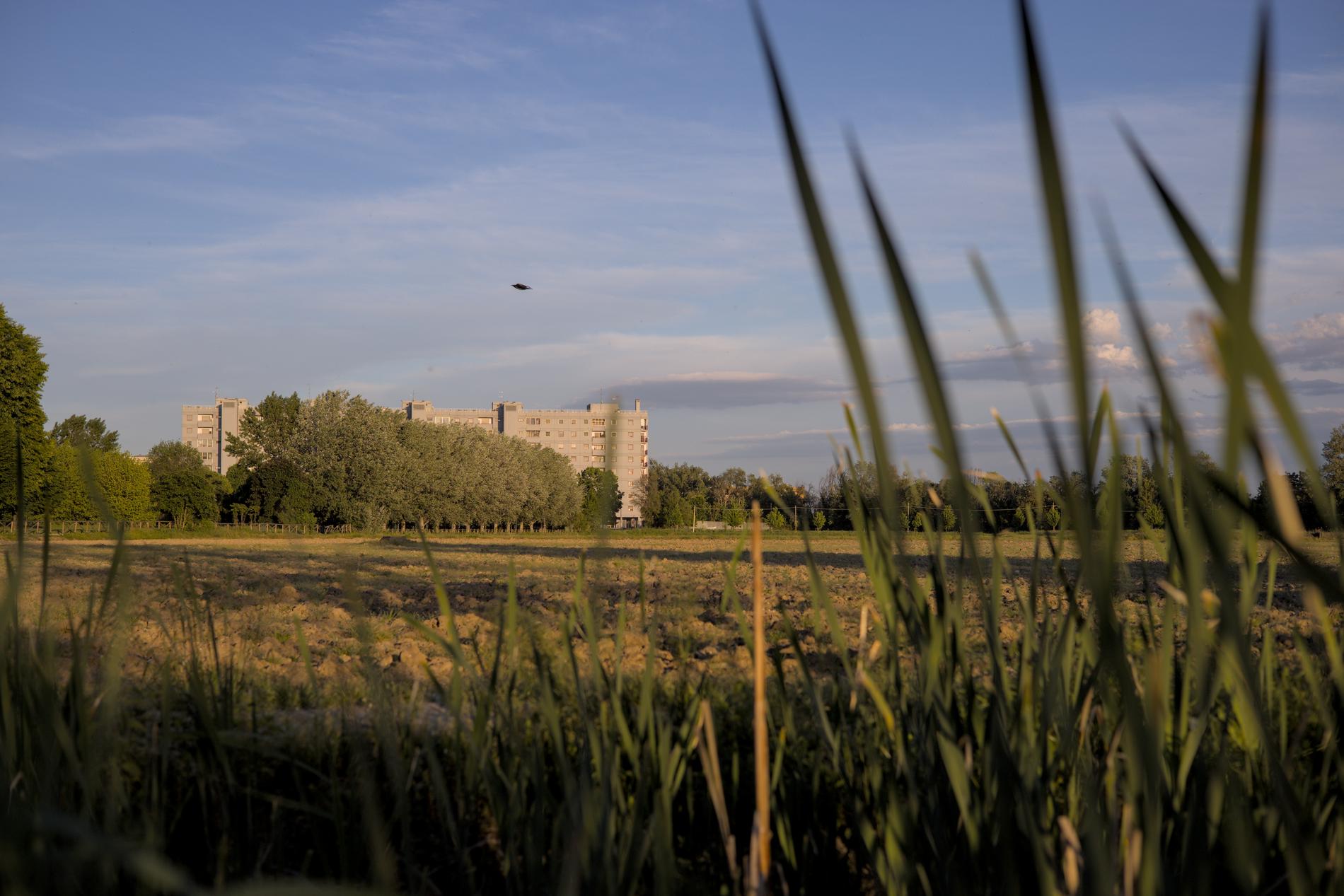 Yes, this is how filmic works but keep in mind that filmic has always some kind of desaturation/gamut mapping going on under the hood and the user can’t disable it.

Thanks for posting, interesting approach !