So earlier today I took a picture of a squirrel in a tree. I am new to photography so I used what I learned to balance out the exposure by using the light meter and I snapped the pic. Later to realize the light from behind the tree caused some huge blowout patches. Turns out I should have realized it would do that and instead just under expose to compensate.

So with my little bit of darktable knowledge from messing about here and there and watching lots of tutorials I tried to salvage the photo.

I am open for critique on not only the edit but also photography critiques in general for the future are also welcome. I have a Canon t7i and took the photo with a 55-250mm lens so this shot was shot at 250 x 1.6 and I had to crop it in pretty huge to get the framing the way I felt was best.

Here is the edit. I would be willing to also share the Raw but not sure how best to share such a file. So here is a exported Jpeg of the edit, the xmp file, and a jpeg of the original. 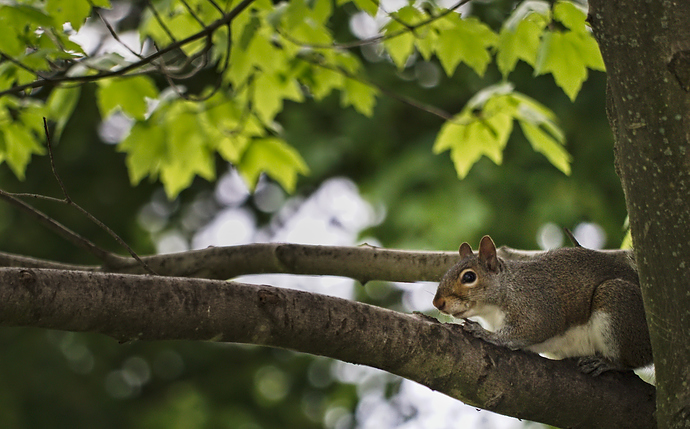 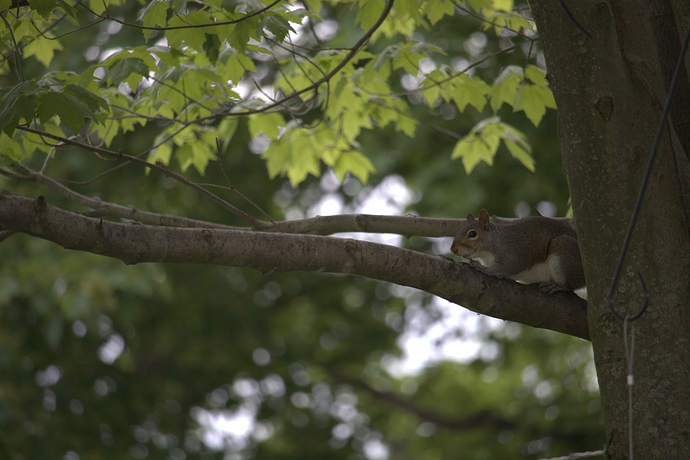 I suggest that you make it a #processing:playraw where everyone gets a chance to demonstrate their processing skill and learn from one another. It is our habit to license the raw file anyway. Licensing helps us respect the author and also protect the community. If you don’t want a Play Raw, you should still license your work. See: PlayRaw stuff to keep in mind.

I think you’ve done pretty well with the post processing. I like how you’ve lightened the face of the squerrel and brought some saturation and lightness to the leaves. You have some pleasing circual bokeh in your blown highlights, which makes them pleasant.

In terms of composition, I’d like to see the squerrel not so close to the edge of the frame.

While capturing, using your cameras meter mode in spot and putting the spot on the squerrel may have helped your exposure.

Thanks for the tips. I will try and look into spot mode. I guess if I cropped in the left side more I would center the squirrel much better. Glad you like it. @afre I will look into the play raw stuff and consider doing so.