Can someone running a version newer than 4.3 +65 or so try dehaze... seems broken (Solved for now)

I am running WIn11 and have noticed that my machine at home running DT 4.3 +104 has a broken dehaze module…

Anyone else see this??

Edit Just closed DT and reopened to confirm and now its it working… very funny. This is the second weird issue I have had after having DT open for some time…in any case its working and i will try to make not of it when and if it shows up again… Sorry for the noise…

Is the problem noticeable after doing one full size export ?

It was in my case resolved by a shutdown and restart but if it shows up again I will try to figure it out…a second one that has happened occasionally and it was also reported by someone is that applying astrodenoise crashes DT. I’ll have to start running in debug so if it happens I can perhaps capture more information…

Still broken for me, after app and system restarts.

As stated (somewhere?) before lowering the strength below zero does wash it out, but raising it above zero (and / or changing the distance slider) makes no change to the preview at all. However, changes are shown in the thumbnail in lighttable.

Earlier, step #6 would indeed cause the edit to show on the preview, until it was zoomed, etc., Then it reverted to the unedited view. But now I can’t replicate that, it just stays unedited-looking.

Alright, #6 just happened again as I said it had previously (dehaze is ridiculously overdone for clarity): 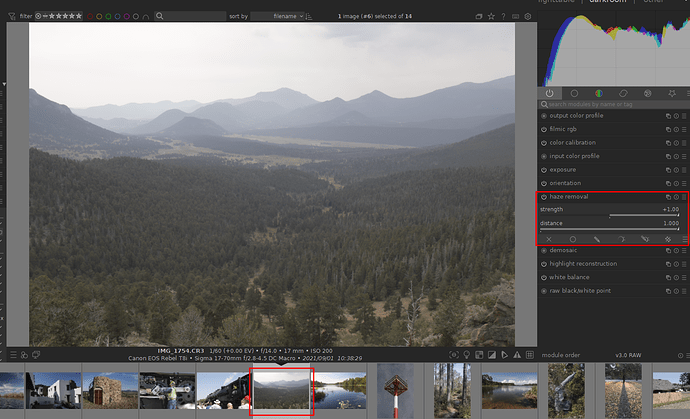 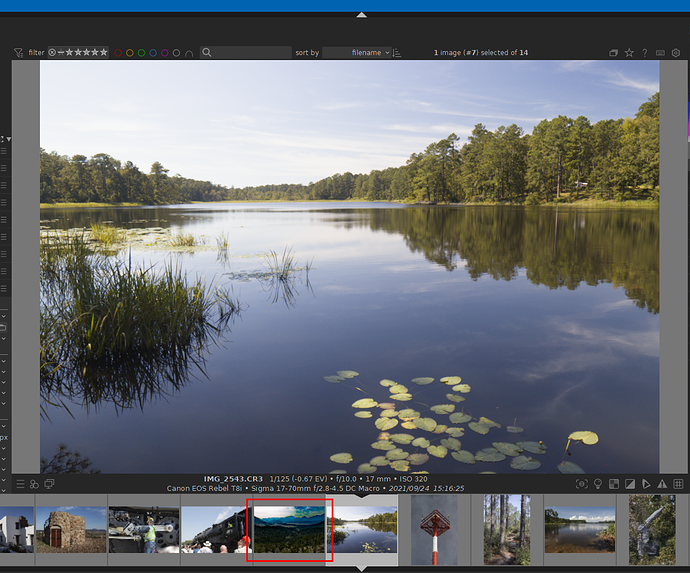 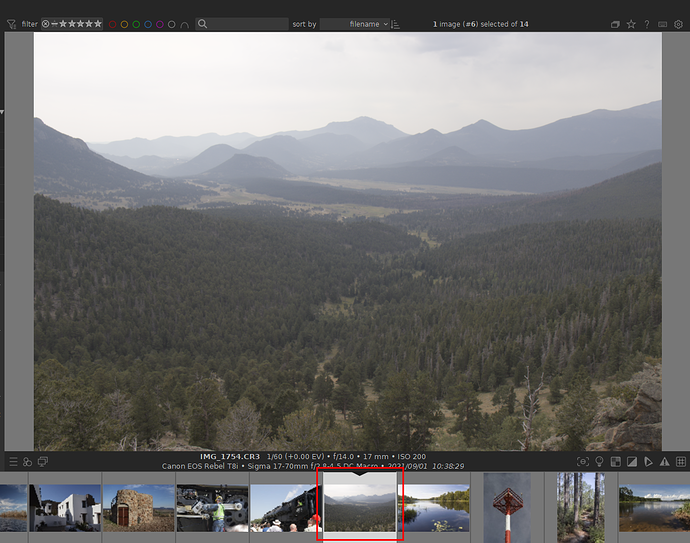 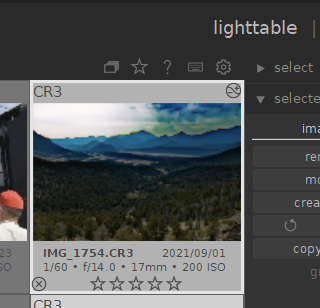 One time (only) when I switched from lighttable back to darkroom did the preview show the edit, but zooming reverted it as above. At no point did any exported image show the edits, whether exported from darkroom nor lighttable.

My version of DT often crashes when I apply astrodenoise or more likely when I move the slider in the module. I presume the module is resource hungry and my laptop is a few years old now, so it may be resource deficient.

I recall that you are on AMD card. Can you reproduce the same issue with OpenCL off?

I tried it with my previous weekly (same as above) and then with the new Jan 22 weekly (same as you), with OpenCL both on and off. No difference - Same behavior as originally reported (preview never changed with positive strength).

I tried with a default / new profile folder and for a moment it appeared to be working. But then I noticed that nothing in the preview would change as I increased strength until it got past about ~0.85 at which point it abruptly updated to that overkill strength. As I played with it after a couple more slider moves it ceased to work at all (back to originally reported behavior).

So is it AMD? Dunno, but the fact that it worked … sorta / momentarily … then didn’t seems to indicate some kind of issue anyway.