At the request of one of Siril’s users, here is a tutorial for the comet registration.
comet.pdf (4.5 MB)
Sorry for the screenshots in French, but I didn’t have time to redo them yet

Thank you for the tutorial.
I found out we cannot use tiff files (converted) to use with the Comet registration.
The log states that it needs a date/time stamp in order to register the comet.
That limits the image captures to those saved as fits…
Maybe a future version of Siril can provide an alternate method for captures saved as tiff. My tiff files had that info in the file name.

Welcome Fivel, and thanks for the report. It’s quite unusual to have acquired images in TIFF. Indeed we could report the date from file names in that case, but that would not be high in our priority list given the fact that it’s not the recommended way to acquire images.

Hi Vincent, thank you for your quick reply.
My astro cams (both ZWO) afford saving in fits or tiff.
I have minimized my use of fits files, since they require apps that can convert/save in tiff, for post processing. I do not use the costly post processing apps such as PI and APP. I start in Siril, and then use Affinity photo ($40USD).
Even Siril needs to re-convert fits files in order to produce the sequenceSo i desire all processings to be as simple as possible.
I hope your team will reconsider allowing the Siril comet registration to use the tiff filename time/date to be used.
Thanks again.

No. Absolutely not.
Rename your files to follow the sequence convention. That’s all.

I saw the thread and was like. ooh! ooh! I want that! Looks awesome and the French probably isn’t an issue.

I mean, I know very little french(my kid is fluent when needed) and I got the setup just fine. New toys! Now I just need a comet I can image with small scopes.

Thanks for your feedback,

As you may have seen in other posts we are currently making a series of video tutorials in English, so that as many people as possible can use them

I’ll also do one on how to align comet pictures. Not right now, I still have more than ten videos to make, but very soon…

When I’ll have made the main videos, I’ll also provide you with a new web and pdf documentation totally in English (and also in French version of course ;-))

Last night on a whim I finally took a look to find out where comet Atlas was located and was presently surprised to find it is circumpolar and high up in the evening sky, so I decided to turn my setup onto it rather than M81 as I had originally planned. So this was my first real comet photographing session, other than a brief 5" shot back in December 2018.

I hadn’t realized how fast this comet is moving relative to the background stars… I had been setting up for 3’ exposures for M81 so I just went ahead with that - something I won’t be doing again.

Anyway, I got about 3¾h worth of data in a 5h period, about a third of it after the Moon had set. They were shot on a QHY294C OSC through a SW ED80Pro 600 mm f/7.5 refractor, which is probably a bit slow for a job like this.

Following the tutorial and a little bit of processing in Darktable (a bit of Levels adjustment, haze removal and noise reduction) I came out with this: 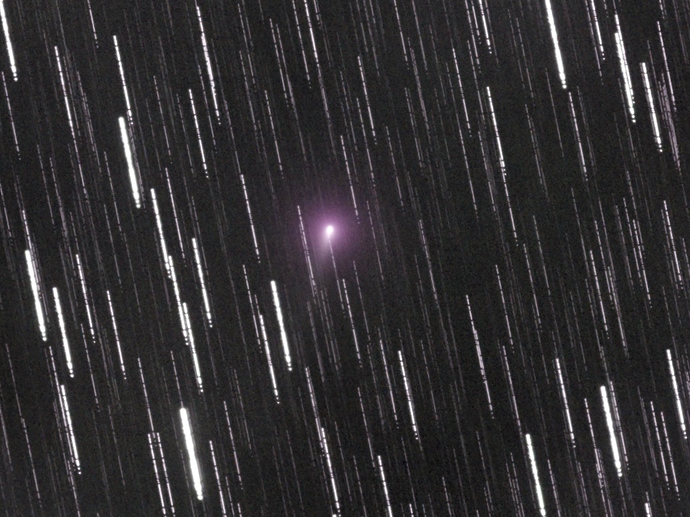 The blocky star trails are due to clusters of sequential bad frames that had to be dropped, which is one of the reasons I’ll be shooting shorter exposures on future comet sessions.

The thing is… this comet is green, not magenta. The FITS files coming out of the camera were green-tinted but following preprocessing they came out as pink or magenta-tinted, which seems to have carried forth to the comet as well. I might reshoot the flats and try again unless someone has some suggestions on what else I should do.

Yes you need to check the button: Debayer FITS files in up-bottom orientation in the settings :).

Ah, I see. That solved it. This looks a lot better now.

One other thing I’ve noticed - and you can see the difference between the two pictures - is that Siril is doing a horizontal mirroring at what I think is the stacking stage. Here I’ve flipped it back to what it should be. 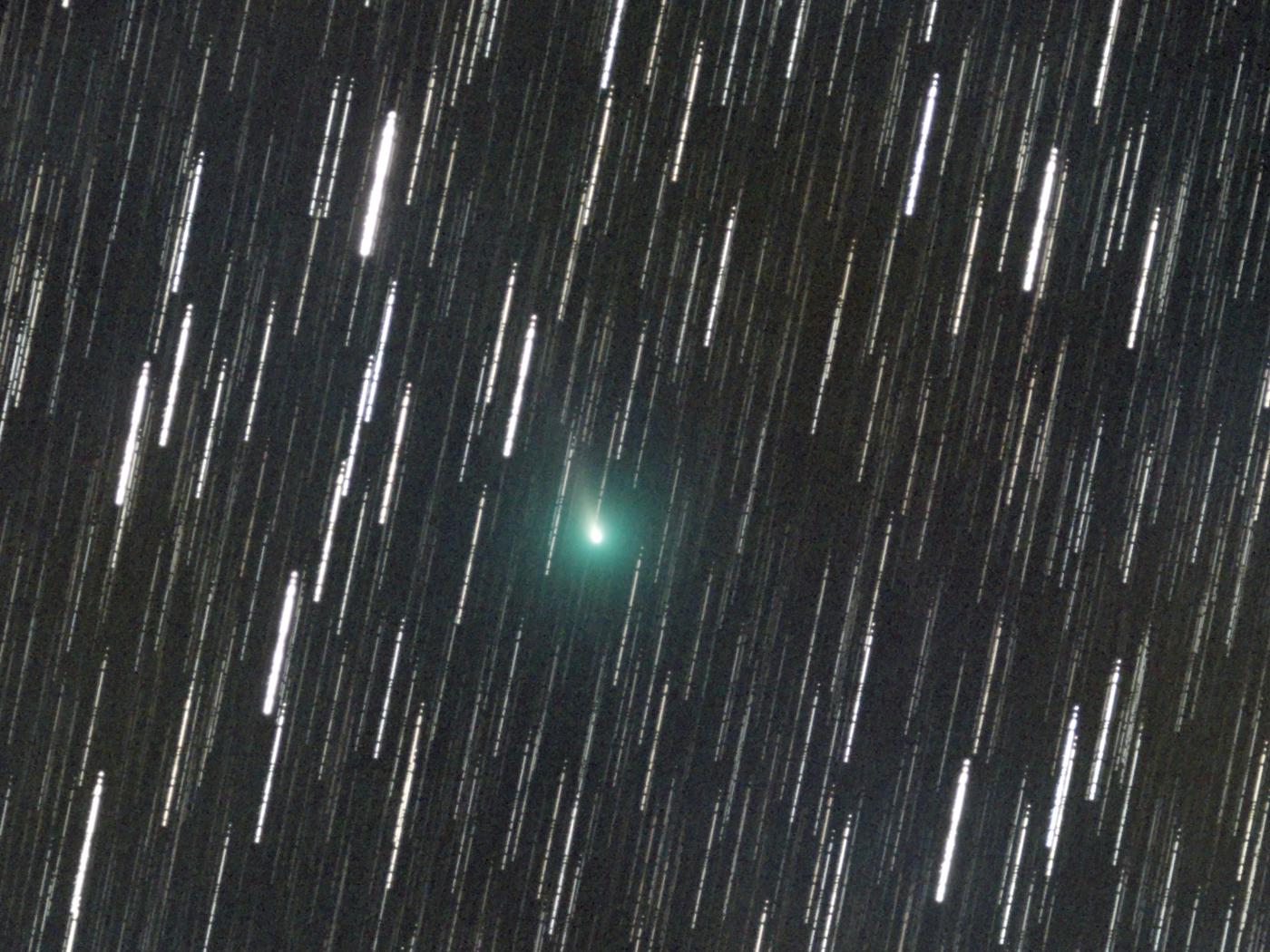 IT is not an issue and that is linked to the previous one.
This is because capture software do not record FITS file as they should.
This is why you have to check the box Debayer FITS files in up-bottom orientation as Siril read FITS file in bottom-up orientation.

Hi,
First shot ever at a comet last night (27 of them, to be fair, about an hour or so). Many thanks Laurent, the tutorial is great!
Must say I struggled a bit afterwards to get the color balance right. But that’s mainly because I’ve been doing solely astrophotometry calibration since it’s been integrated in Siril.
Clear skies,
Cécile 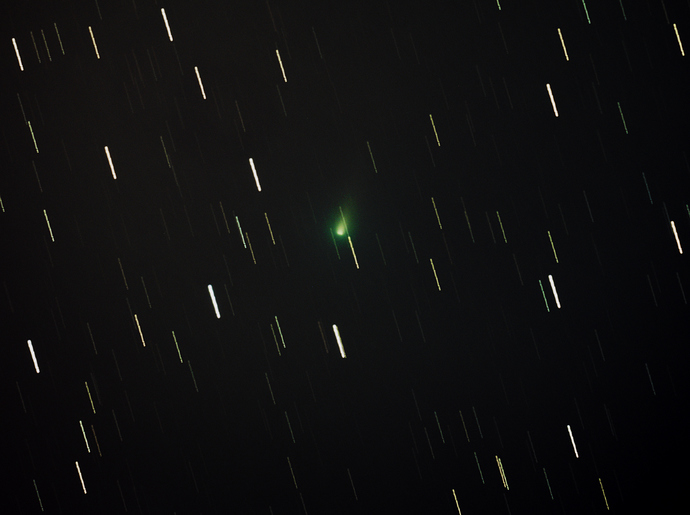 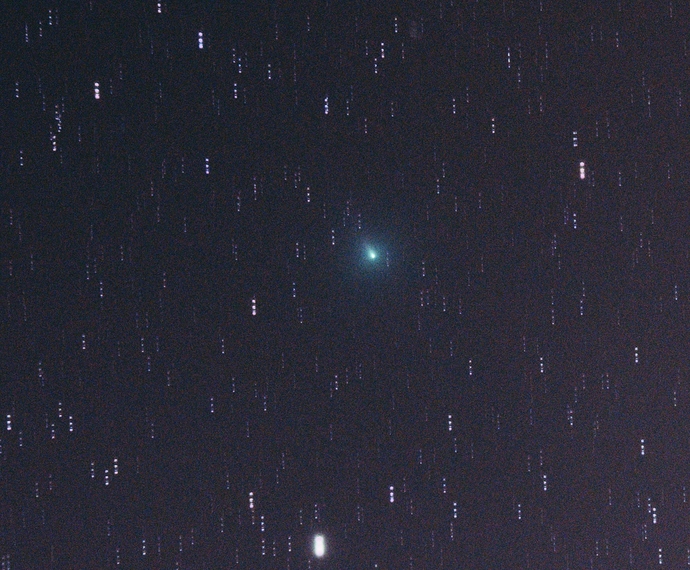 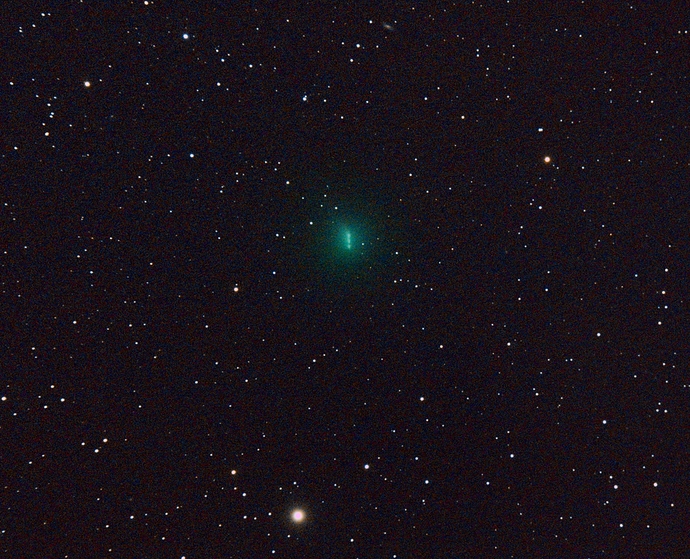 Do it with the manual sliders of standard color calibration. The only duff is that these cursors are in the [0, 1] range. But computation is not difficult.

I’ve tried mapping the highest K value to 1.0 and the other proportional to this value, and the result was completely wrong, so I’ve missed something. My assumption was K0,K1 and K2 correspond to R, G, B. Is this true?