There are quite some threads out on the topic pre-release of version 3.8 and also the release announcement thread has some discussions on a similar problem. I am starting this new thread to focus on the now released version 3.8 and the topic of CR3 support. I have done quite some investigations and trials from the before mentioned information but still cannot get darktable read my CR3 files (EOS R6 CRAW and RAW), but also I’m only a photographer and not a LInux expert.

Steps done so far:
Upgrade darktable to version 3.8.0-1.1 from OBS for Ubuntu 20.04 with apt-get dist-upgrade
Complete deinstall of exiv2 version 0.27.2 from the system (Synaptic)
Compile exiv2 v0.27.5 from source (exiv2.org) with BMFF support = on
cmake confirmed that BMFF support is on
install exiv2 with checkinstall
ldd shows that darktable refers to this newly installed /usr/local/lib/libexiv2.so.27
system restart

From some of the threads here I took, that an update of LibRaw on the system is not required, because it is integrated into dt 3.8. The installed version is 0.19.5. dt does not refer to LibRaw modules according to ldd.

It was also said somewhere that I should compile darktable locally instead of installing it from OBS. Is this really necessary and if yes, why can the OBS package not be ready for CR3 support?

There is still an older version of libexiv2 in /lib/x86_64-linux-gnu/. One message suggested to delete this and link here to /usr/local/lib. I have done it but with no success on file import. There are 4 exiv2-files: libexiv2.so.0.27.2, libexiv2.so.27, libgexiv2.so.2, libgexiv2.so.2.0.0. Are these still needed or can they be removed?

Are there any mistakes/problems in what I was doing? Are there limitations on camera versions (the documentation lists the R6 as supported)? Any hints what further to do?

Many thanks to all involved for the great work on darktable and also on this latest release!

I hate ‘Me too’ posts, but I’ve done more or less exactly the same as you, and no luck with CR3. I’ve quite some experience with Linux, and the only thing I can think of is that the darktable binaries where compiled without the correct versions of the libraries, thereby disabling CR3 support in the binary itself. Compiling darktable from scratch is quite an effort due to the enormous amount of dependencies, so like you I’m hoping for some sort of different solution…

Compiling darktable from scratch is quite an effort due to the enormous amount of dependencies, so like you I’m hoping for some sort of different solution…

You may want to try to compile dt using SCBI: 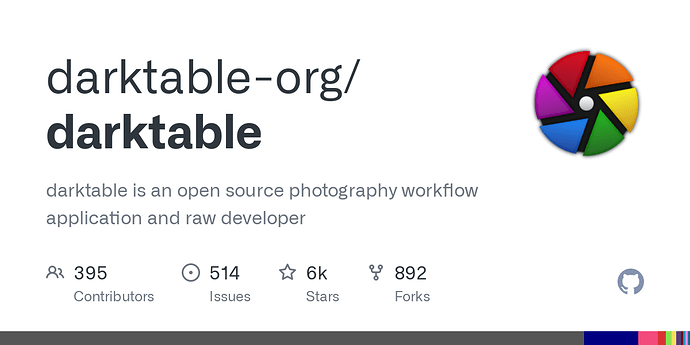 Thanks a lot for the quick fix in the OBS repository.

I am under the impression that this is only a Linux problem. The documentation does not say that though. Isn’t it true that this is not a problem on Windows and MacOS?

As a windows user I can confirm that CR3 support is running under Win10. Besides some lensfun issues with RF lenses (EF and 3rd party lenses are ok!) every runs smoothly, includig CRAW.

A big thanks to the dev team by the way

it’s just an issue on osx if you build yourself and don’t follow the steps to patch exiv2 in build.txt