I’m slowly in the process of moving from DSS + the GIMP to Siril + less GIMP. I seem to flip backwards and forwards, gradually staying longer and longer with Siril. As I have standardised on exposure time (reuse DARKs if temperature doesn’t vary), ISO (reuse BIASES) and shooting angle (reuse flats) . I’m finding it easier and easier to stay with Siril. And it has it’s advantages. Look at these two images of M13, one stacked with DSS and one stacked with Siril (second one): 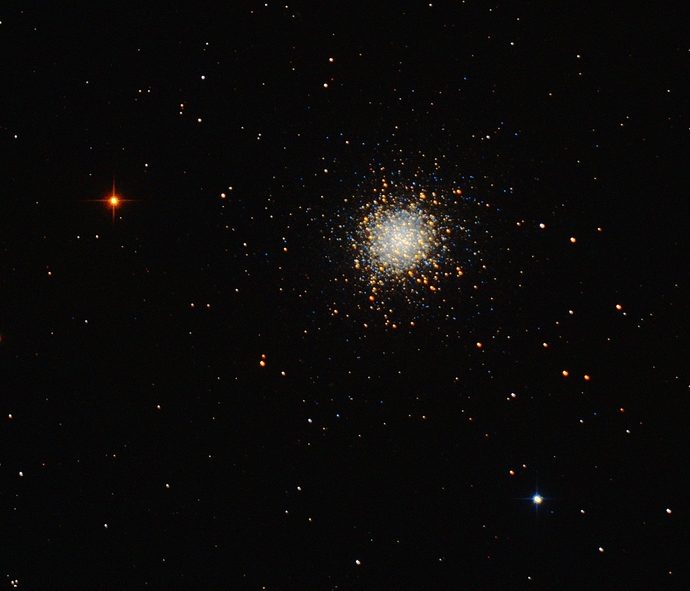 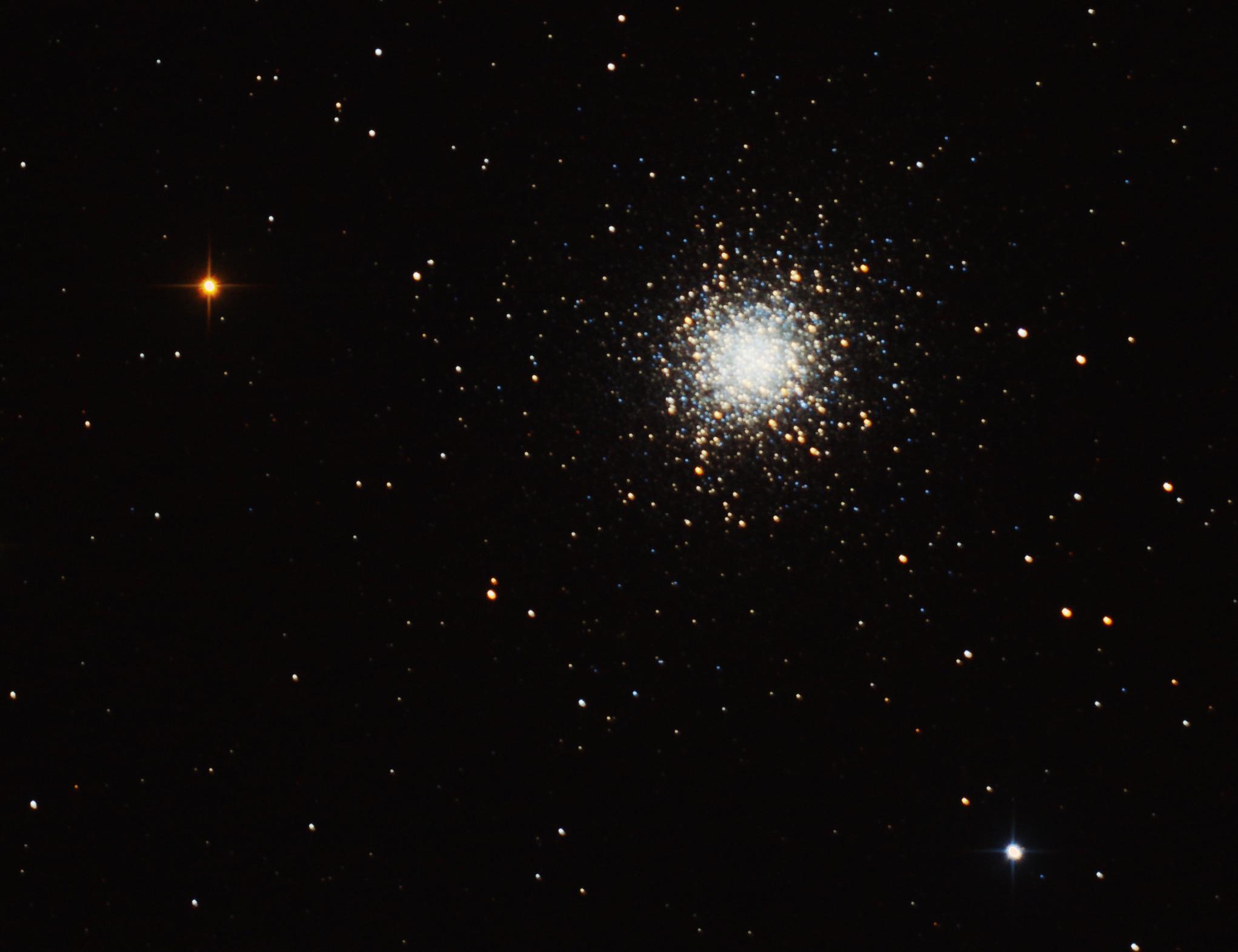 See how the orange HD star has a halo around it from imprecise stacking on DSS, which doesn’t appear with Siril. The collimation needs a bit of work, but that’s not down to Siril or DSS.

I have it all scripted with python, via your command line which works well.

The only thing I would request is that photometric colour calibration could be a command line option, otherwise I have to go into the Siril GUI. Not a great inconvenience, but it might be nice.

I should also say that the new GUI is a huge improvement over the previous one (0.98).

Thanks for the efforts guys.

For my noob eye, the first image(DSS) seems better than the second (Siril) !

I prefer the color rendition from the Siril version, but not the highlights in the center of the cluster.
Also noob, though.
EDIT: And welcome!

In both cases background is too dark. So pixels are clipped and you loose a lot of information. Background should never be black, but gray.

Thanks for your comments guys, I’ve probably over-stretched the second one and I’ll try not taking the black level up so high.