I can’t launch Natron - I have tried versions 2.3.11 up to 2.3.14. This is the error message I get consistently, something to do with Python. How do I fix this, can’t find anything Natron related on the web that refers to this error.

What version of macOS are you running? Does the latest RC work? 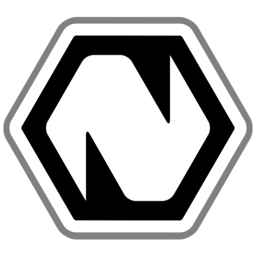 Open-source compositing software. Node-graph based. Similar in functionalities to Adobe After Effects and Nuke by The Foundry. - NatronGitHub/Natron

I don’t use Mac, but I do have an old Macbook running 10.7 Lion (to legally build software for Mac).

I get the same issue, also running the “Universal” build of the latest RC, I don’t know about the OSX 10.9+ build.

Can someone confirm the the available Mac builds works?

The last version I’m able to run on OSX 10.7 is 2.2.7. Newer builds has the same issue as above (or other issues related to Qt). That’s as much I can test with the OSX version I have (The graphics card don’t even support OpenGL2, I know it’s crap, I just use it to build stuff).

I just double checked my system with the installation requirements for Natron. Everything according to that list checks out, I’m on OpenGL 2.1, all the extensions are installed etc. There must be something else that’s required.

Yes 2.2.7 seems to be the highest that will work. I’m learning Natron so it will get me started. Thanks

Could you test again, and give the error message?

And can we continue that conversation on github? https://github.com/NatronGitHub/Natron/issues/431

@garrettlynch this should be fixed in this binary release: https://github.com/NatronGitHub/Natron/releases/tag/v2.3.15-rc12
Unless I get some feedback from you, I will close the issue.

Good to hear it will be fixed. I got it working on a newer OS but have since (very reluctantly) migrated to another node-based editing solution. This was because of the lack of sound in Natron and no real reasonable way to edit to sound which was a deal-breaker for me. I hope Natron will continue to be developed and at some point consider sound - if it does I’ll be back.

This was because of the lack of sound in Natron and no real reasonable way to edit to sound which was a deal-breaker for me.

Sound is not an priority, Natron is not a NLE. You can however use the AudioCurve node (will be available in a future Natron release) to generate curve data for use in Natron. I will also look into JACK integration at some point, but there are more important things to work on the moment.

Natron is a community project with very limited resources, so feature requests has a low priority. You are more or less depending on that one of the developers want the feature, else it will probably not be worked on.