I am happy to announce that an experimental AppImage for the GTK3 version of GIMP is now available for testing.
You can grab the current package from here:
https://github.com/aferrero2707/gimp-appimage/releases/download/continuous/GIMP_AppImage-git-2.99.1-20190222-x86_64.AppImage

The package will be updated on a weekly basis, like the v2.10.x one.

I am now in the process of checking which plugins are compatible with the GTK3 version , and eventually help updating those that have incompatibilities.

Please report any issue you might encounter, preferentially using the GitHub issues tracker.

Well, not a GIMP user here, but how far is GIMP from going into 3.2?

The AppImage ran fine in Sabayon.

Should this question be permanently disabled for GNUImageManipulationProgram?

Would be nicer if it just said “GIMP” instead of the long form. 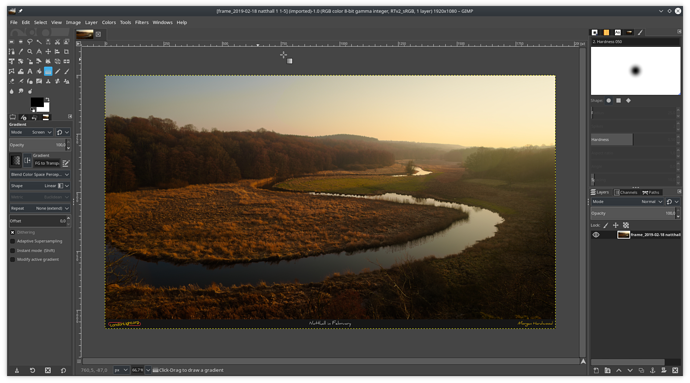 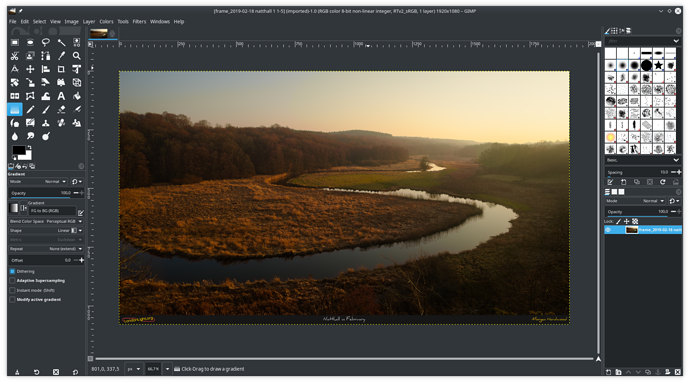 I couldn’t find a way to change the icon size, the default size it a bit large. The option in the GTK3 build is not where it exists in the GTK2 one.

Apparently I cannot run GIMP-2.10.8 which is installed normally on my system at the same time as this AppImage. I tried running one first and then the other, and vice-versa, but neither combination resulted in two concurrent GIMP instances running.

Though this probably has nothing to do with the AppImage, I’ll comment that the GTK2 theme is far easier on the eyes due to lower contrast icons, and it correctly has neutral colors while the GTK3 theme has non-neutral colors which should not be the case in an image editing program.

Well, not a GIMP user here, but how far is GIMP from going into 3.2?

I couldn’t find a way to change the icon size, the default size it a bit large. The option in the GTK3 build is not where it exists in the GTK2 one.

This does not exist anymore because this was only a trick to get bigger icons on high density displays automatically (i.e. pixel density detection) in GTK+2. In GIMP 3, we are back at how it should be, i.e. that:

Once again, this is a theme thing. Currently in the dev branch, we only have a “System” theme, which basically means it uses whatever is your GTK+ default theme. Symbolic icons in particular are simply recolored with whatever is your theme’s foreground and background colors. If the colors are bad, it means you chose a system theme with such colors.

Note that we may add again themes to override most basic settings (in particular color settings). I’m pretty sure we have a bug report about this (and in particular for this neutral color issue in many of GTK+ third-party themes) actually. I also expect once again that third-party themes will be released by people (and since I am working on an extension management system, they should be easily findable and installable).

You definitely meant “one release away” there

As usual, 3.1.x would not be a normal release, just the dev branch snapshots.

We haven’t yet figured out how much more work will be put into 3.0.