I have noticed that many of my images are gaining a very strong blue cast in the sky area … This is not from the blue sky itself but appears to radiate from the tree branches.
The color is directly related to color-calibration and can only be reduced (not eliminated) by setting the adaptation to 'none (bypass).
There does not appear to be any other cause to this problem and so I have to use other methods to reduce the blue … very unsatisfactory.
I really would like a solution to this problem … otherwise color calibration (using normal settings) works just fine.
On this file I have taken-out most normal post processing so as to better show the base problem. 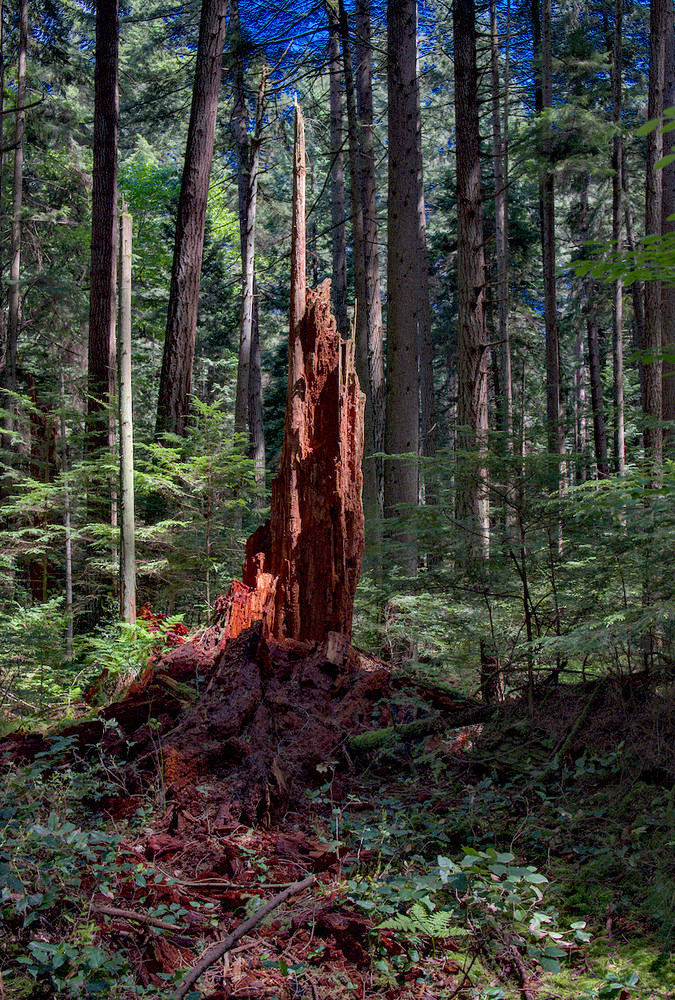 I have seen that before, too, and just given up on some edits because I couldn’t figure out what was happening or get any idea of how to “fix” it.

YOur image no edits with as shot WB 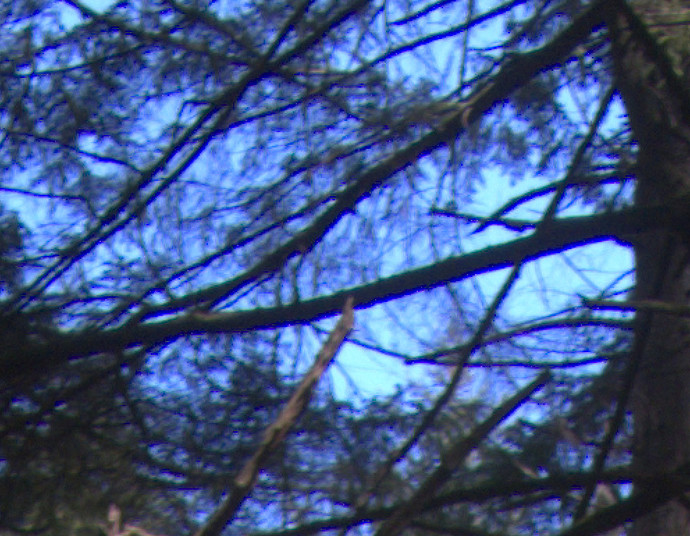 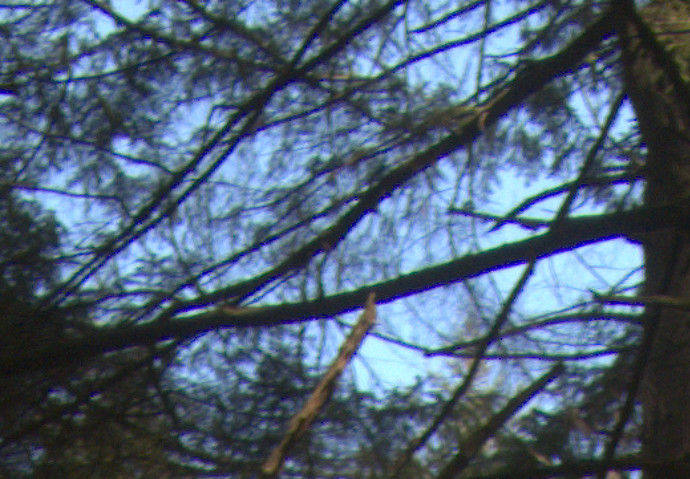 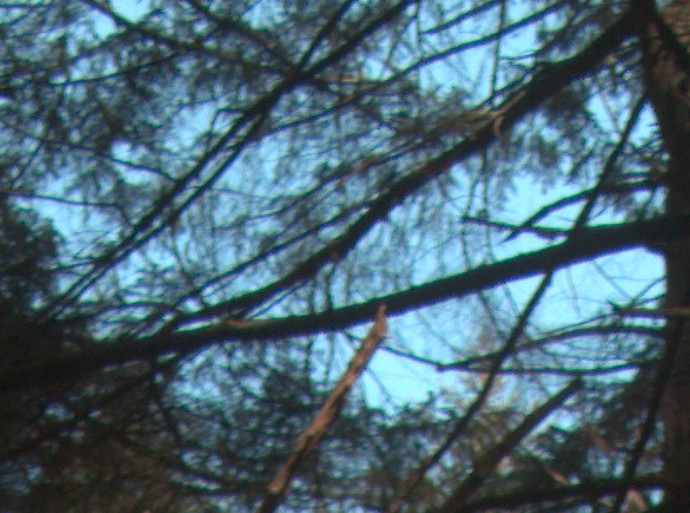 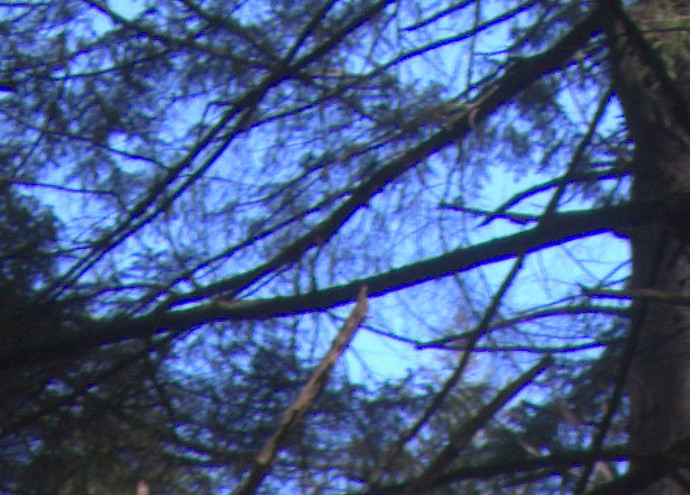 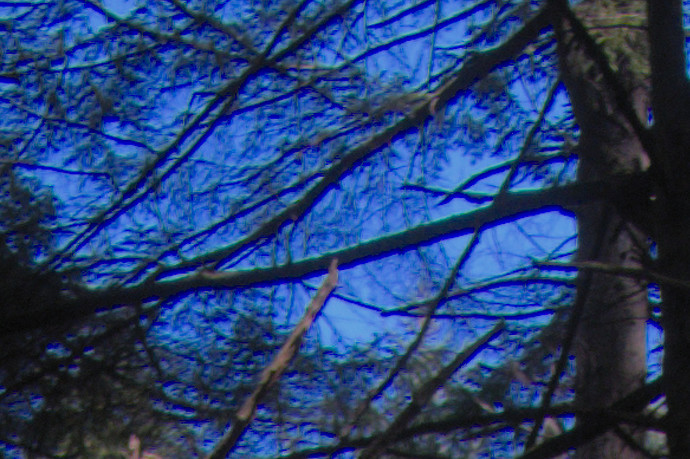 Remove the midtone boost and use no for chrom pres and its much better but in the end the artifact is in your raw file at the start…maybe a better input profile?? 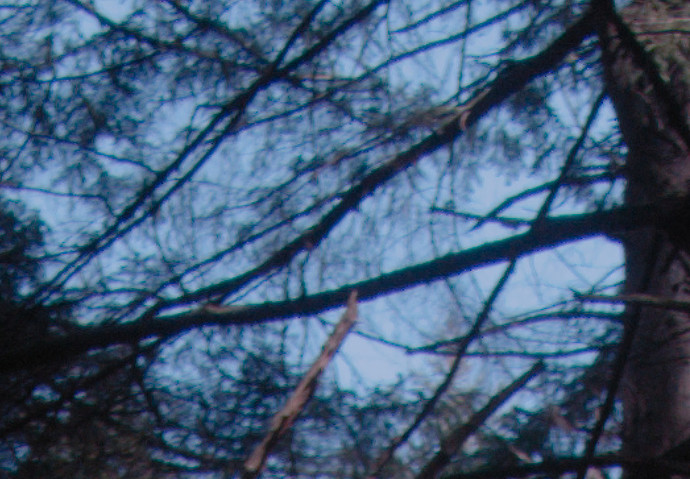 My solution at this stage is to desaturate the blue in color zones
Unfortunately since this is a Fujifilm format raw the chromatic aberration module only provides a very minimal effect. 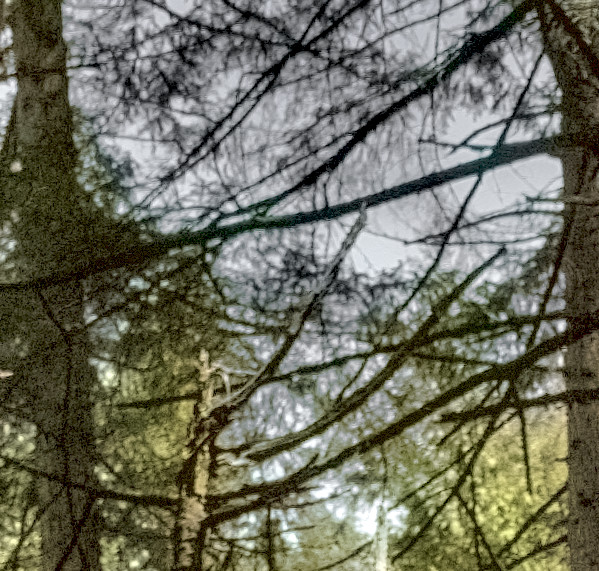 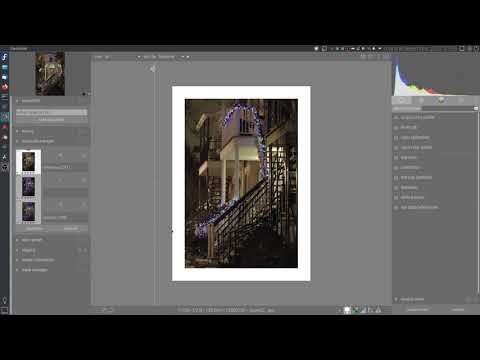 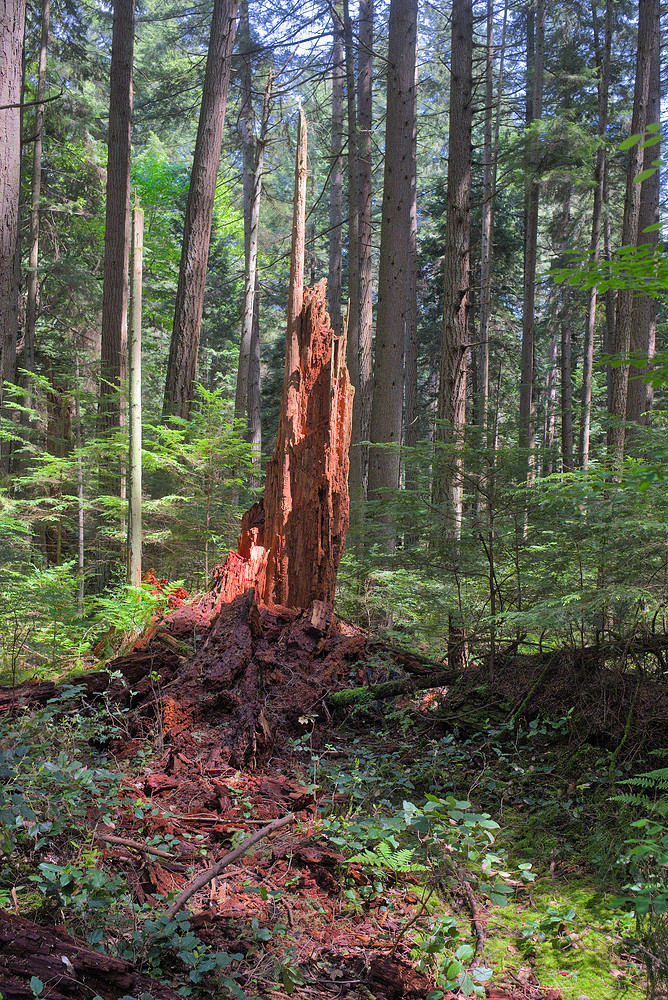 So far the best solution is to use a color-zones preset that increases the lightness and cuts contrast. This kluge can at least be applied over all/most images.
What I wonder however is what is creating this problem that has appeared rather recently. Can there be a problem with the Fujifilm sensor layout that is not working well with the recent color modules?
Masking for each and every image would appear very unproductive despite the fact that it works.

For fun I pulled it up in ART and it still has those artifacts. Since there are options trying the Adobe DCP in ARZt and disabling the base table did make a big improvement

I am not really sure what is going on here … with the minimal of operations used and NO other color modules the blue only really becomes objectionable when the color calibration is used.
I am not sure if recent color calibration changes may be contributing to this problem.

If you look back at what I presented your image with as shot…so your out of camera settings was quite bad to begin with. Changing WB to reference d65 made the image look a bit better. Then adding CC just really took it back to what it looked like with as shot. Screenshots were provided. If you zoom and select original in the history stack…so little to no processing there is a ton of artifacts

Dcraw and Libraw’s dcraw_emu both show the heavy blue borders at the top, and less noticable purple bordering at the bottom, and similar effects at the sides. Different demosaicing methods show the same problem. There seems to be no coloured-bordering at the centre of the image, though it is difficult to be sure in this image.

If this was a consistent blue border everywhere, I might suspect a programming error. But I think this is a fairly simple chromatic aberration caused by the lens. The camera has a 6x6 CFA, rather than the more common 2x2, which software may have problems with.

The parameter “-C 1 0.9995” roughly corrects the bordering, although this introduces a roughness in the blue sky, which suggests the “-C” option doesn’t work correctly for this CFA.

Another effect is that the sky is clipped in the blue channel. At the edges of the dark branches, sensels receive less light, which reduces values in all channels, bringing the pixels to a mid-tone, so the blue is more saturated.

Yes, I have done the same process and unless I limit the CC process to the area mainly around the sky the results are still unacceptable. Doing CC mainly on the sky provides great results but that is obviously false.
What I fail to understand is how … suddenly … I am getting this rather strange problem.
You suggest a better input profile … I am using standard-color-matrix as input and REC2020 as working. I have always used those settings without any problem

Have you looked at your image without cc and Legacy WB set to as shot…and noting the comments provided above by @snibgo …the color calibration does not even come in to play here at all and there are substantial artifacts… for me adding CC in the legacy workflow result was about the same as the image produce by the legacy as shot so maybe provide a couple of other images where you feel you have the issue and it can be inspected and evaluated to perhaps provide more information. CA is not unexpected in backlit situations… while I did not look closely using linear rec2020 as an input profile seemed to correct a lot of that issue with the blues…

I suggest using this camera and lens to shoot a target such as an open newspaper, perpendicular to the lens axis, in focus. That should clearly show if CA is the main problem.

OK … I will do some tests tomorrow as you are suggesting and will post the results. Wierd that this problem is surfacing after using this same gear for several years.

**Describe the bug** the rendition of fujifilm RAF files is very problematic so…metimes. Especially with foliage images or high contrast areas. There are artifacts in hight contrast zones and a "smeared" rendition of foliage in trees. I noticed that the demosaic method needs to be perfectioned but maybe the solution could be a dedicated input color profiles for fujifilm cameras (I have an X-T3). At the moment the best fuji RAF rendition by a third party editor is by Capture One. I tried changing the input color profile from "enhanced color matrix" to "linear prophoto RGB", and the results are that the colour rendition is wrong but the artifacts are nearly totally gone, making the image very very similar to the capture one version (from an "artifact" point of view at least). The smeared colors I suppose that would benefit only from a better demosaic. Anyway this way and with a lot of color tweak through some modules, the results are very similar to Capture One. Looking at the darktable's supported camera list, the custom color matrix for fujifilm cameras aren't available. so I think we need: -custom matrix for fuji -trying to improve demosaic method I'm no developer at all but If I could help, I would be happy to. I own a Fuji X-T3 if you need some kind of sample RAF file. **Expected behavior** No artifacts or smeared colours in fujifilm RAF files processing. **Screenshots** On the left the enhanced color matrix, on the right the linear prophoto RGB. I added only lens correction and defringe to make the differences more clear. ![immagine](https://user-images.githubusercontent.com/7537334/99401666-bb9bb680-28e8-11eb-9182-fe87b74465d8.png) **Platform (please complete the following information):** 3.2.1 on every OS

Fixes #6965 ## Why another chromatic aberration correction module Chromatic …aberration can currently be corrected using several ways in darktable: - lens correction module (cannot correct all chromatic aberrations) - chromatic aberration module (it is too early in pipeline, due to that lens correction may add new aberration instead of correcting the existing one. Also, it does not work for xtrans sensors) - defringe (it is too late in pipeline: strong blue CA give black edges due to colorin, and gives color halos around edges) ## Main characteristics This PR adds a new module (after lens correction and before colorin in pipeline) to correct chromatic aberration. It works on any kind of chromatic aberration whatever the physical cause (unaligned channels, some channels out of focus, ...). It gives way lower color halos than defringe. It is also quite fast, execution time is independent from the radius (relies on gaussian blur, execution time is approximately 5x the execution time of a gaussian blur with 4 channels, as the algorithm uses 5 gaussian blurs). ## The algorithm The algorithm is inspired by adaptive manifolds: https://www.inf.ufrgs.br/~eslgastal/AdaptiveManifolds/ The main idea is to locally find a function to approximate the channel to correct from the guide channel. Let's say our guide channel is the green channel. We could use a very simple function based on the ratio of local averages: `R = local_average_R * G / local_average_G` This works quite well but produces color halos. We use adaptive manifolds to make the function more complex, while still keeping its formula very simple (we don't want overfitting, or we would not correct anything). We construct 2 local averages per channels, one average of the pixels that are higher of the local average, and one average of the pixels that are lower than the local average. See in this graph, the green line is the average of dots that are higher than average, and the red line is the average of dots that are lower than average: ![manifolds](https://user-images.githubusercontent.com/34063828/103461857-adcbb480-4d21-11eb-8f19-a99000e42c84.png) We compute the manifolds based only on the guide average, this way we split the pixels in a consistent way across channels. Then, we compute the ratio of the higher manifolds and lower manifolds, and approximate the result based on the distance of the input pixel of the guide channel to the 2 manifolds. It is basically a refinement of the ratio of local averages that can handle edges. ## Some results original image (lens correction is powerless for the CA of this image): ![Capture d’écran du 2021-01-02 17-51-15](https://user-images.githubusercontent.com/34063828/103462117-680feb80-4d23-11eb-9cc8-466167935637.png) defringe (CA are removed but halos are very visible with the saturated blue sky): ![Capture d’écran du 2021-01-02 17-52-10](https://user-images.githubusercontent.com/34063828/103462115-66debe80-4d23-11eb-8df3-c89a274c62b0.png) this PR (only some small artefacts in the sky close to the bird beak and the yellow area, due to the fact that our function is too sparse to accurately model this area that has 3 very different colors in a small area) ![Capture d’écran du 2021-01-02 17-51-19](https://user-images.githubusercontent.com/34063828/103462116-67775500-4d23-11eb-90f9-24c818dabc91.png) ## TODO rebase on master, code cleanup, git cleanup... 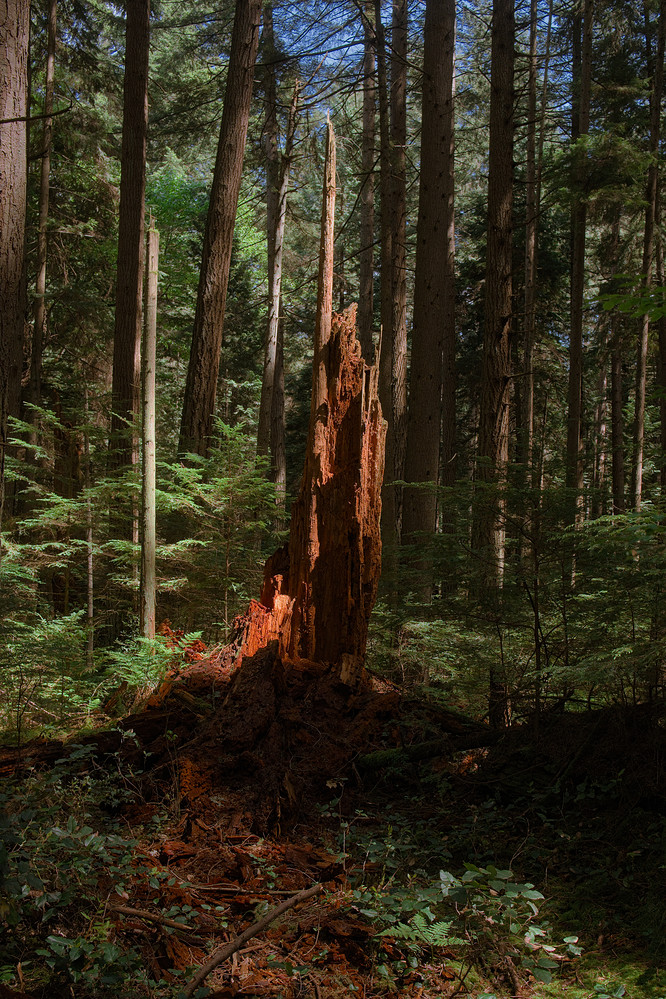 I think this is his issue to a tee …

Yes, that seem to be the same problem(s). The versions I use of dcraw and libraw are quite old, and upgrades may be better. There can be many issues with dark foliage against bright blue skies, hence the newspaper test to reduce the complications.

The newspaper test isn’t ideal, as it can’t test at infinity focus, but it should show whether CA is a problem, and provide a useful input for testing CA-correction software. 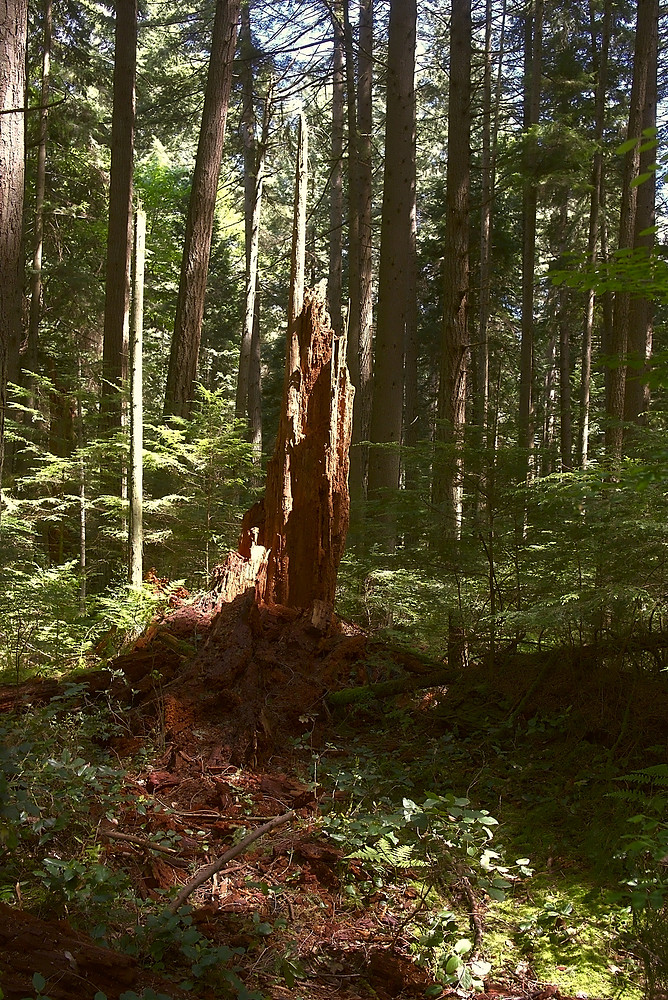