What I mean is, I’m all into “Dark” Themes like everyone else, so I STILL want to use the Dark Theme, but having “everything” Grey and White like GIMP does just makes the program literally UNUSABLE for me.

Even though I want to use GIMP, I’m still using Paint dot net as my editor program because they have a Dark Theme but the Icons and other elements are still “colored”. So, they are easy to see, use, etc.

Whomever came up with the idea with programs that are TOOL based for everything to be entirely grey and white in my view was a blah, and especially when EVERYONE else followed that blah like sadly GIMP has.

So, please make a “colored theme” for us to use with GIMP, something similar to how Paint dot net or otherwise has done things. It’s STILL a “Dark Theme” (or Light) but the Tools etc. are “colored” which makes the programs “elements” easy to see and use. 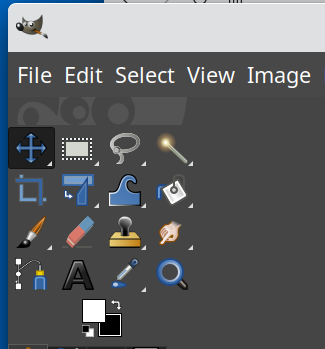 Please read the user guide as color icons are an option. I use legacy because i always have. I agree that greyscale icons are not great, but you have the choice for color.

In preferences you can set icon themes. Accept my apologies if i appeared abrupt in my response. The user guides are so helpful but we tend to ignore them.

Whomever came up with the idea with programs that are TOOL based for everything to be entirely grey and white in my view was a blah, and especially when EVERYONE else followed that blah like sadly GIMP has.

Yeah, as you note ourselves, we (GIMP) followed this policy because this is what many professionals told us to do (since long ago, from a time even before I came in, i.e. more than 10 years ago already and still to this day) and what the graphics industry in general tells everyone to do. This is because colored GUI will change the perception of colors, and while it’s alright in many software, it’s obviously not in a graphics software, where what is on canvas should be shown as “neutrally” as possible (just search the web for articles on optical illusions because of surrounding colors, and on advices to use neutral colored GUI on all graphics software out there).

Just so that you understand even better what I mean: people working in big graphics industries go much further than software GUI. In the cinema business for instance, color grading rooms have neutral-gray painted walls, uniformly, and without any windows to avoid natural/changing light! That’s not a joke, just search the web if you don’t believe it (web is full of articles and advices on this topic, especially as some freelances try to reproduce such setup at home too nowadays).

Now we are also aware that many people like colors, also colors are definitely helpful, and the absolute need for color accuracy is not needed for everyone who use GIMP (or to be more accurate: everyone can weigh in their need for color accuracy vs. the inconveniences, and choose to lean a bit more into colored setups; same as the fact we don’t all want to live in gray houses without natural lights anyway! So there are some levels of what one will accept: full color-grading room with depressing walls and no sun? Neutral GUI? Funky pink

And that’s why we also propose color icons and will continue doing so. As others said, it’s available in the Preferences. We even had some designers from GNOME who advised us (years ago) to just drop completely all but symbolic icons. Obviously we didn’t want to go that far. And for the record, we are still not planning to do so anytime soon. So don’t be scared, colored icons aren’t going anywhere!

For GIMP 3.0, we should even have a landing dialog proposing people to customize various settings which we know are controversial, such as colored icons. Similar to what Blender shows when you start it (we would only show it after an update).

Now there is the last point which is that actually, the Symbolic icon theme (grayscale) and even the Color one (not the “Legacy”) may not be the most beautiful themes anyway. I’m sure we can do nicer grayscale icons, more meaningful designs, and so on. We actually welcome designers to improve our icon themes with arms wide opened.

We have a lot of designers around us who contribute a lot already. But nobody seem interested into redesigning the whole icon themes. Actually the artist who works with me, her logic is something of the sort: the icons are not perfect but they do the job and don’t come in her way, so it’s not a priority. Therefore she contributes to other stuff which are more considered as priority. Nevertheless if it feels like a priority to any other designer here, you are more than welcome to contribute!

I use legacy because i always have. I agree that greyscale icons are not great, but you have the choice for color.

Same as everybody (us included) will tell you that the “Legacy” icons are more beautiful than the “Color” ones.

The problem of the Legacy icon theme is purely a maintenance problem. Vector (SVG) icons are much much easier to maintain. First there is the icon creation problem. When we need a new icon, even some non-designers can sometimes just come up with reasonable icons re-assembling parts of existing SVG icons. Then a designer can always fix and propose neater designs later, but at least we had a first placeholder version which was not completely off.

Then there is the size problem. Raster icons need to be provided in various sizes, which means basically redraw them several times. Sometimes exactly the same, but still redone because you can’t just scale up/down a design of a few pixel wide without getting horrible quality; sometimes with added details when making bigger versions.

This size issues became even more a problem with high density displays (and intermediate ones) so we suddenly needed that many more sizes. As I said, nowadays, we have designers or artists who will draw new icons and such (e.g. Aryeom, the artist I work with — and I would even say that I personally consider she is also a maintainer of GIMP, simply more in the shadow), but she won’t redraw all icons in every needed size (as said, she spends already a lot of time for GIMP).

Where I’m getting at:

So yeah, GIMP is a community software. It is what the people from the community make of it.

The problem of the Legacy icon theme is purely a maintenance problem.

I never realised the maintenance problem caused by legacy icons. If they disappeared in a future version it would not detract from GIMP. After all, they are only icons. I use legacy because I am use to them. Anyway I really appreciate the work that developers and maintainers have done to give us GIMP without a monthly subscription.

Thank you for telling us why this is the way things are.

I find it easier to see the color icon theme because of vision issues.

Does the person who creates them have to maintain them? That’s two different kind of time commitments.