I would like to understand the difference between using “LAB Adjustments” or “Tone Curve” in Exposure + HSV Adjustments for color and contrast treatment.

Is one more suitable? Are there specific situations where we should choose one or the other?

Have you read the manual by any chance? Usually, you can find the answer there: RawPedia.

The main difference, in short, is the colour space they work in and because of this the outcome of changing a similar named slider has different results. As mentioned by @afre there is some info about this on RawPedia.

Both have their pros and cons, it all depends on the image and what you’re trying to accomplish. @Andy_Astbury1 has touched upon this subject in his videos. These 2 I’m sure it is tackled and shown, there might be more: 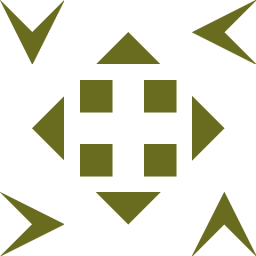 What is the difference between HSV and CIE-Lab color space?

Thanks for all answers, guys!

I think tone curve and HSV both Work in RGB colorspace, whereas LAB adjustments doesn’t, as the name suggests.
Lab produces colors that meet the natural color perception when changes in tonal values are being applied. RGB colors remain constant when tonal changes are applied to the Image.
Since modern Sensors have such a broad dynamic range, sometimes extreme tonal values can produce weird colors in Lab, because photos had a much lesser dynamic range, when the CIE created the Lab colorspace.
So, both spaces have their advantages and their weaknesses.

There is an interesting section in Rawpedia written by @jdc that discusses the advantages and disadvantages of Lab and RGB and looks at the possible use of Lab in HDR processing: Toolchain Pipeline - RawPedia

I think tone curve and HSV both Work in RGB colorspace

This one is tricky; HSV (and HSL) work in a hue-saturation-(some notion of brightness) workspace, even though the code my be looping through the RGB channels. The conversion to HS(whatever) can be a part of the equation that adjusts the S value.

The arithmetic isn’t straightforward, but here’s my saturation code in rawproc:

I mostly edit in RGB mode, sometimes Lab* - and I’m very happy with the results.

I find it interesting, after a long time about Lab* being described as the best, that darktable (for at least a year) clearly recommends RGB mode as the much better one. If I understand this correctly and the makers of darktable are right, then it should also apply to RawTherapee.

Excuse my bad english, and the possible misunderstandings

Each software has its own logic and its supporters… This is based above all on the performance, on the habits, on the teaching aids, on the communication - in short on the culture and the common vision that emerges from it… - and on the place that the point of view of certain developers, more or less communicative, has taken.

I’ll refrain from commenting on Darktable, which has its own conception (even if it is evolving, like any product…). The results must be good since “they say so”…

The logic and the process of Rawtherapee are different, they are neither better nor worse than other software, but again, according to the common culture of RT the evaluation will focus on different aspects… In fact, only the result counts.

https://rawpedia.rawtherapee.com/Toolchain_Pipeline#Colorimetry
I recall the link (which is not exhaustive on the subject) Wayne @Wayne_Sutton put , but in RT, Lab is not “bad”, I would even dare to say that in a majority of cases - associated or not with specific algorithms (Munsell to ensure the constancy of Hue when saturation changes) that Lab is a good support (to be nuanced when addressing the problem of high values “absolute luminance” which presupposes an HDR monitor, and a complete HDR process. …which for the monitor is not the case for 99% of the users and for the second point requires evolutions of the management of the terminal process of RT…).

In RT you have the choice, RGB, HSV, Lab, JzCzHz, Cam16, etc… (in main or Local Adjustment mode) and each has its advantages and disadvantages. The main points beyond the dogmas are the ease of use, the final result.

But, important point, I would not launch into a totally sterile debate on these “comparatives” …