So I recently let myself get sucked into a conversation on a Facebook group called Speedlight Fundamentals. In particular, it was a thread started by someone with a simple sentence:

Which just about gave me an aneurysm (it’s the apparent size of the light source to the subject that gives the qualities most would consider “soft” light).

There was a ton of back-and-forth amongst the group members as armchair experts all weighted in, and in all of the conversation nobody simply took out their gear and shot some test images…

By soft, I understand that most people will consider a light source soft if the terminator (I used to be an astronomy geek, so that’s how I understand the term best) between light and dark sections of a subject is a smooth, gradual transition vs. hard and immediate.

So, I quickly set a garden statue up and my light stands and flash. The flash stand is setup about 2 feet away from the statue. It’s a YN560 on the stand. I forget the power setting.

This is the bare flash (no modifier): 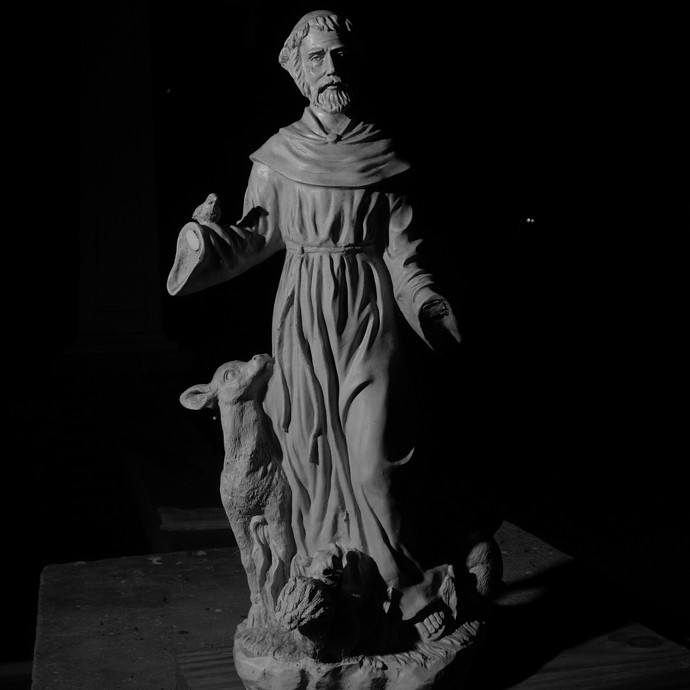 This is the flash with some nylon diffusion material over it: 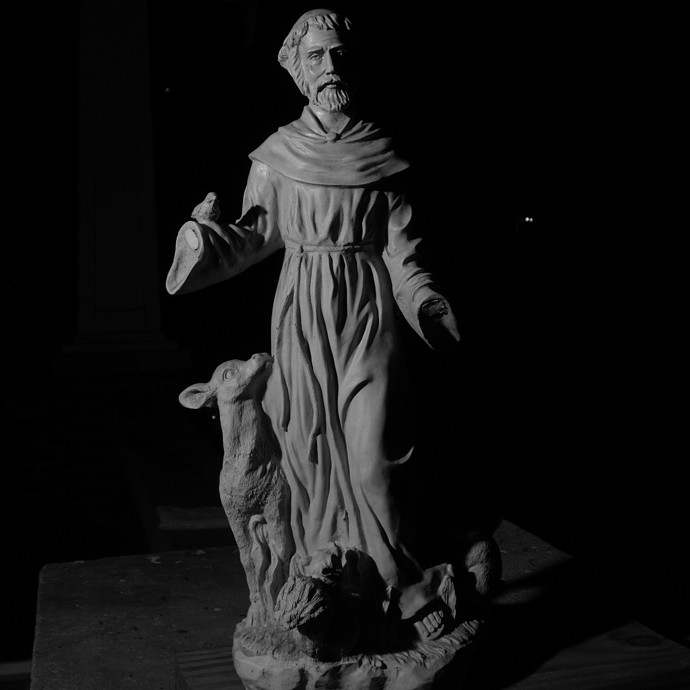 These two are indistinguishable, in my opinion. The diffusion material is the nylon panel from the front of my Photek Softlighter, draped over the flash head.

For comparison, here’s the same exact setup, but with my DIY 20" softbox: 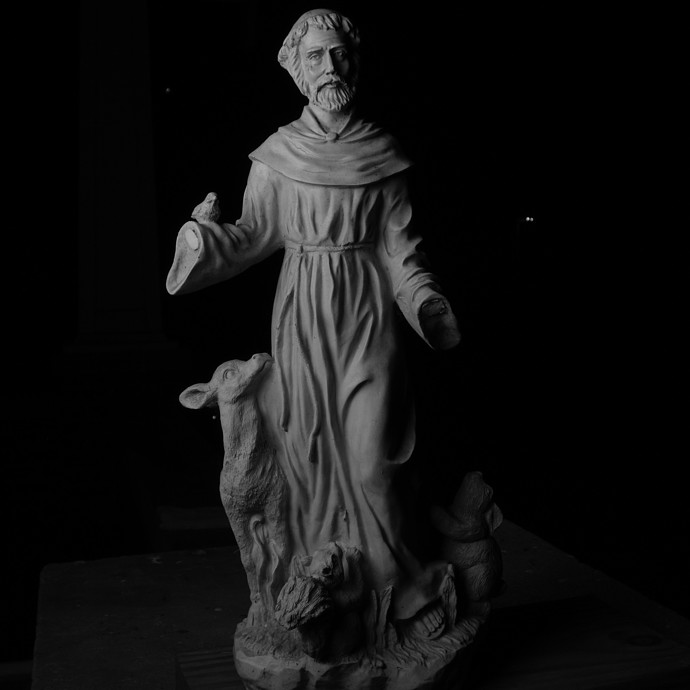 I also did some 100% crops to illustrate better what I was getting at. 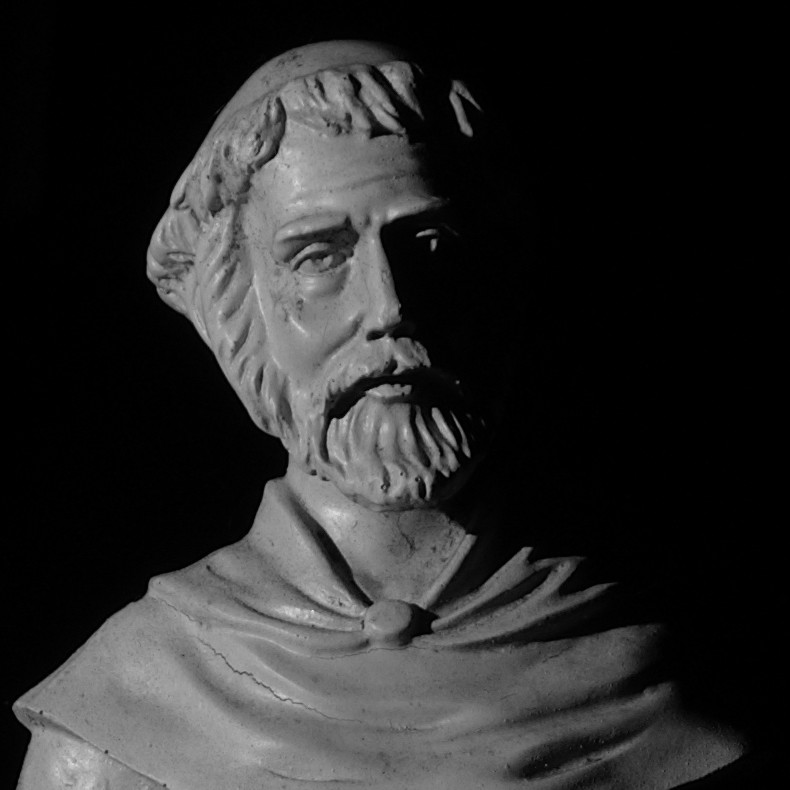 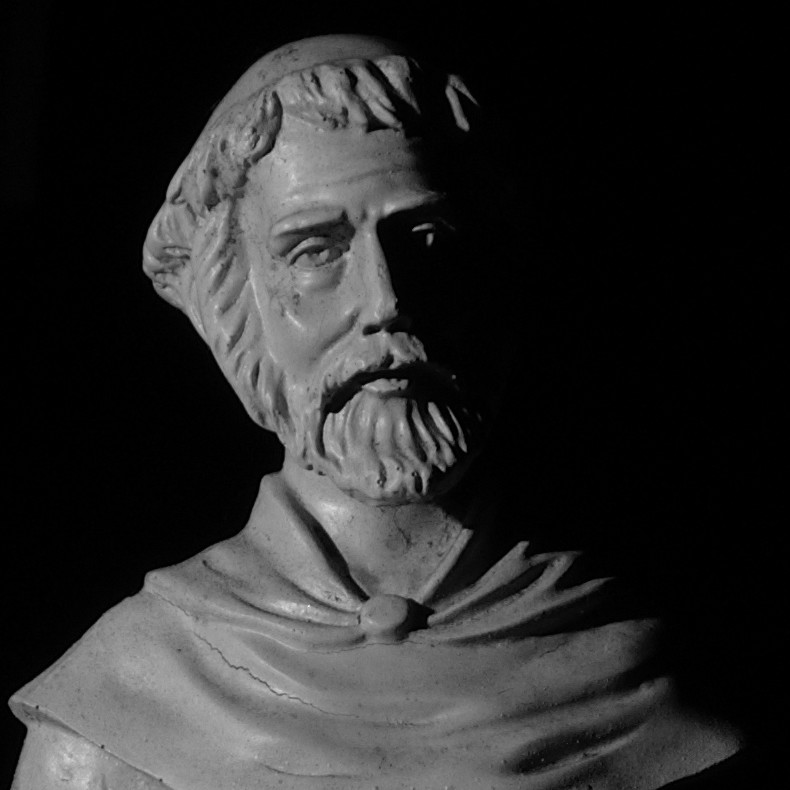 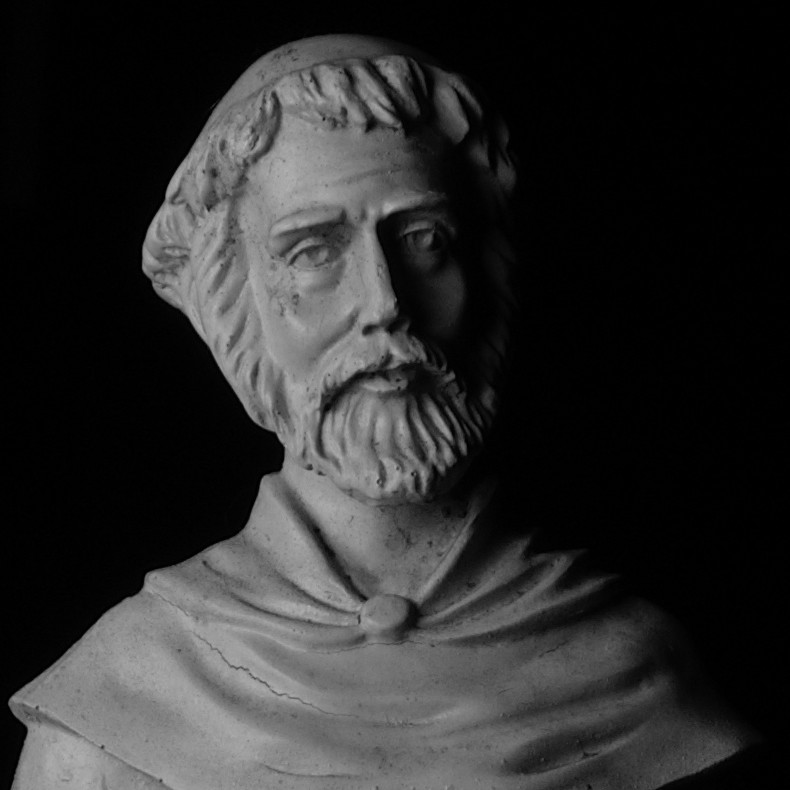 Lower half crops as well… 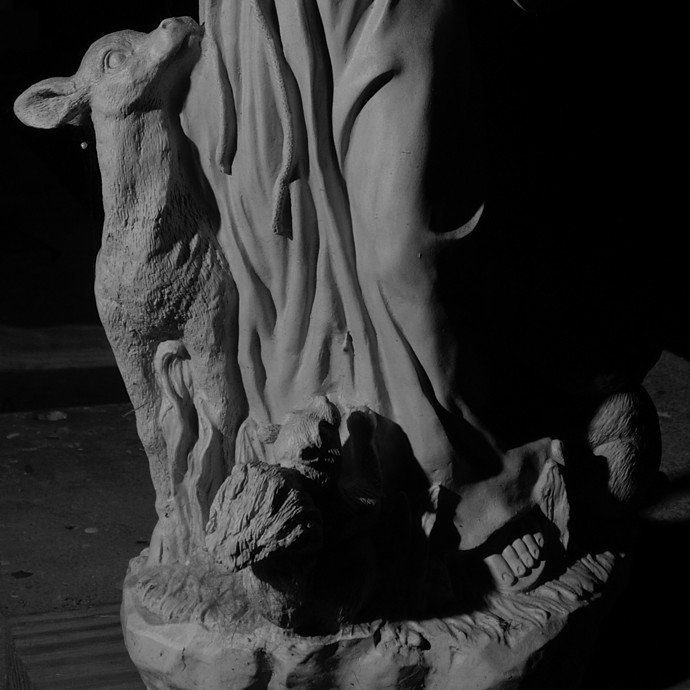 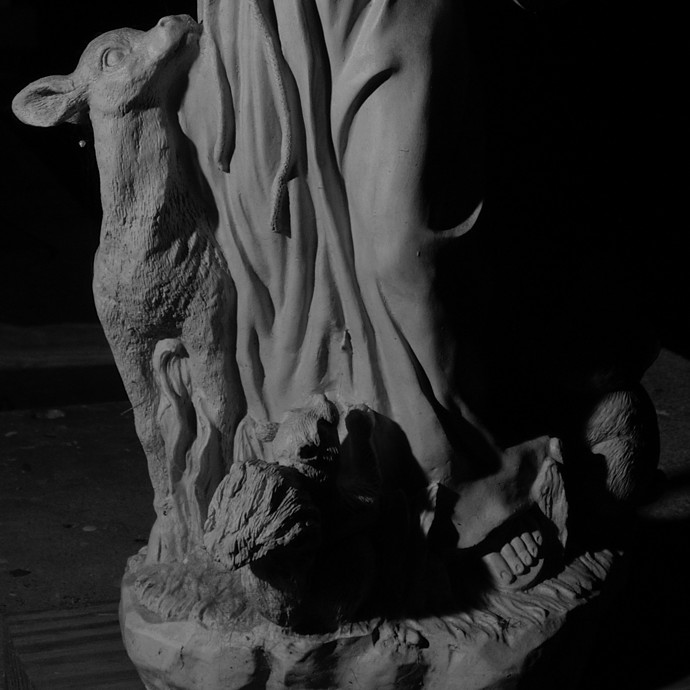 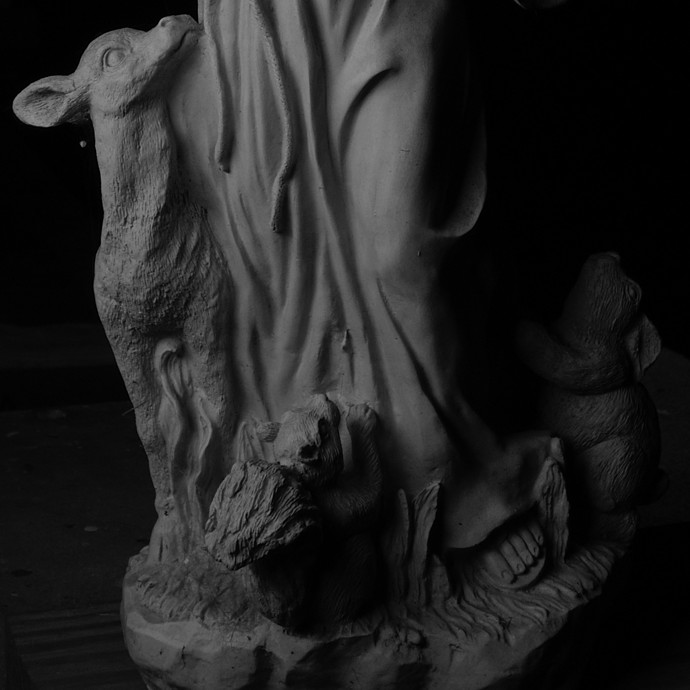 I didn’t know if this would be helpful to anyone, but remember that to “soften” the shadows of the light, the apparent size of the light source to the subject is what makes the biggest difference.

This is one of the reasons that bounced light can be seen as nice and soft.

And for reference, here is my DIY softbox I built ages ago. I think I got the size wrong in the images, it’s closer to a 20" softbox: 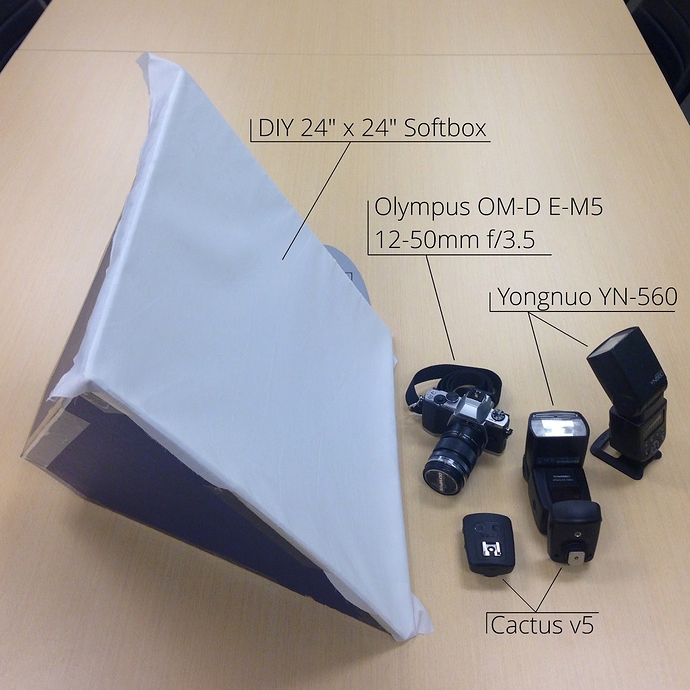 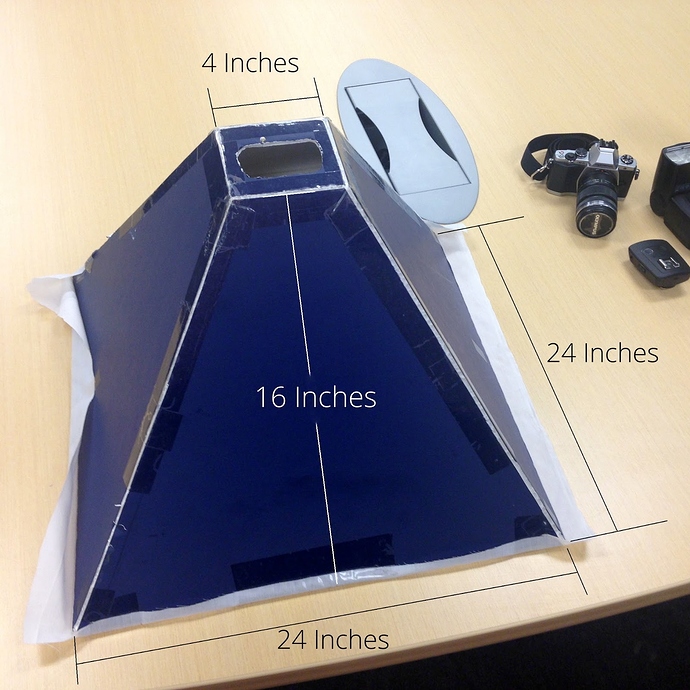 I agree with you, what counts is the size of the light source seen from the subject, more or less the angular size of the diagonal (180°: no shadows).

Fun thing to try since you are into DIY lightboxes: instead of having square box, have an elongated rectangle, and see how the orientation of the rectangle changes the lighting (could be easier to do for macro).

I absolutely agree with you. Bigger the source, lesser the shadows.
There is a reason if surgeons use big scialytic lamps (well, nowadays they are more complex than that, but the juice is this)