The Magnum Photos shop has this contact sheet print for sale from David Seymour of Audrey Hepburn (during the filming of Funny Face (1957)). I always love seeing contact sheets to see which were rejected and what was captured. The thought process to the final prints. 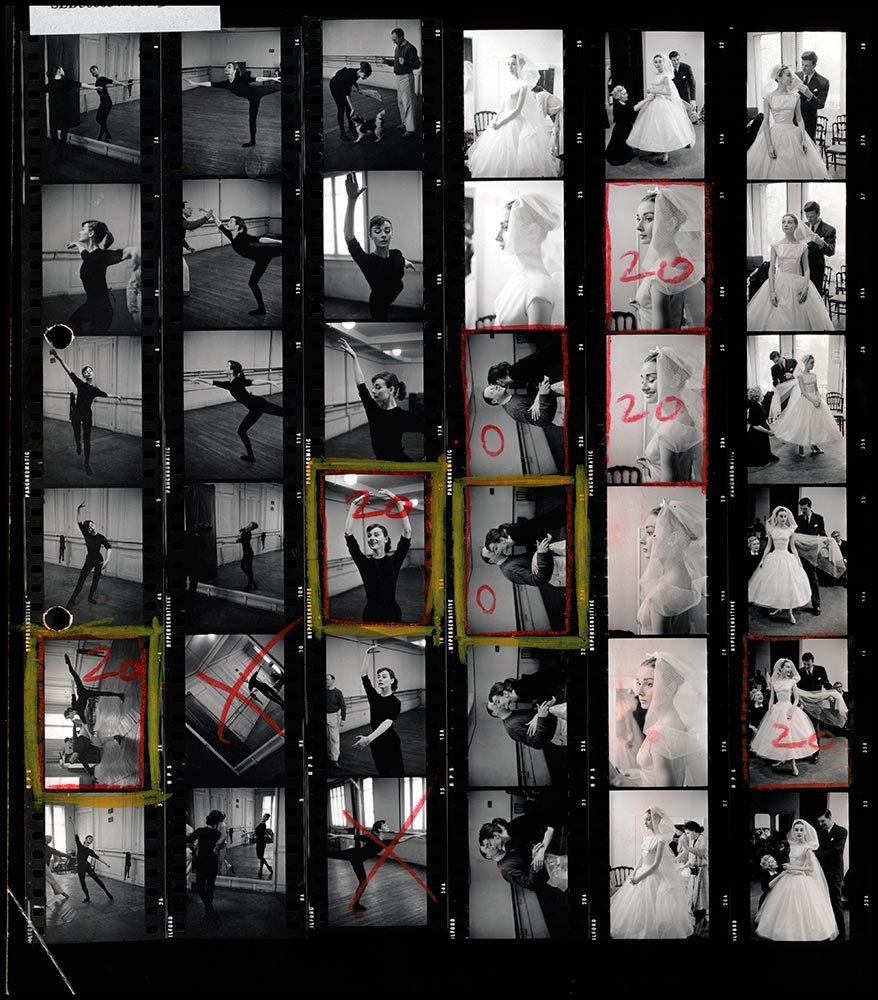 From the Magnum page:

Audrey Hepburn behind the scenes during the filming of American musical comedy ‘Funny Face’, a film released 1957. Photographed by David ‘Chim’ Seymour for Coronet Magazine while in rehearsal in 1956, these are some of the most iconic images of the Dutch dancer-turned-actress. Chim’s career spanned genres and styles. His humanistic approach, which yielded important work documenting conflicts and their aftermath, was complementary to his low key and personable personality, which quickly led him to become the favored photographer of many celebrities. Magnum Contact Sheet Prints tell as much of a story as the single image that goes on to become iconic: they reveal the befores, the afters, and the almost theres, that surround some of the most iconic photographs. A selection of historic Contact...

@patdavid do you know what those “20” and “0” figures/symbols on the frames stand for?

I don’t know what they’re for, but it would be interesting to find out.