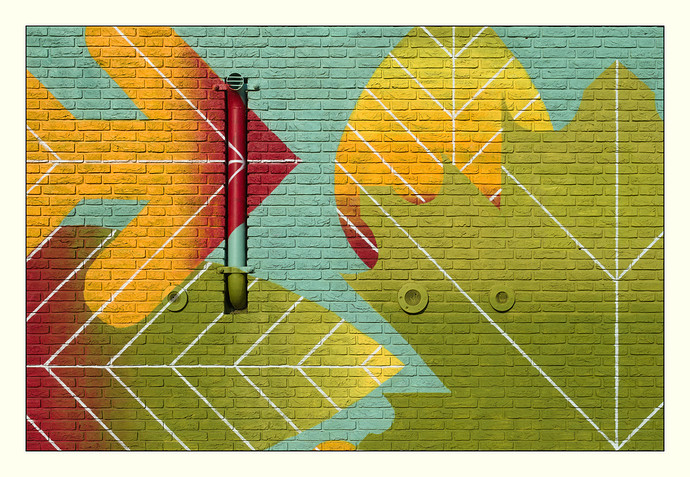 I’ve been looking at this, rather large wall for a while now and finally saw a section that I think works. Hope you agree. I’m rather new at this urban thing so pointers are welcome.

This work by Jacques Dekker is licensed under a Creative Commons Attribution-NonCommercial-ShareAlike 4.0 International License (CC BY-NC-SA 4.0)

I like this a lot. I think you’ve found a very nice composition there. I’m trying to find some pointers or suggestions but honestly I think you nailed it.

The colours were the first thing that attracted me about this, and the enormity of it. This wall is about 100m wide and 6m tall (300x18 ft) and all of it covered in the same style of graffiti (is this graffiti?). I’ve been enjoying this mural ever since this ugly, dilapidated wall got revamped. Luckily, other graffiti artists leave it alone.

Finding a piece of this wall and balancing it and its structures in combination with the lines, arrows and colours took a considerable amount of time.

For those interested: This wall is part of the old, 1869, Koninklijke Nederlandsche Gist- en Spiritusfabriek (Royal Dutch Yeast and Methylated Spirit factory) to be found right here [OpenStreetMap].

EDIT: Spelling is hard. Thanks @elstoc!

graffiti. I think the generic term is “street art”.

It has a nice maple leaf… 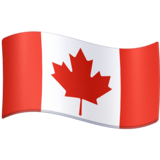 I would not call this graffiti. It is street art and a mural

What stands out to me is the periscope and porthole like vents which remind me of a submarine. The theme of a sub in a solid object is interesting to me.

I’m rather new at this urban thing so pointers are welcome.

You didn’t describe your vision, so these thoughts aren’t pointers per se.

I don’t know if it is the paint or if it is really like this in person, but the contents in the frame appear putty, illustration or CGI like. Could easily pass as textured/moulded concrete or wallpaper. While I don’t like the gritty urban look, it could use something else such as light and shadow to make it more grounded.

Back when I noticed that this wall was revamped I immediately wanted to shoot it but also realized its very obvious 2-dimensional appearance/feel.

Initially I was looking for a way to frame a part based on the leading white arrows on different parts of this wide wall, without any other physical distractions. I walked past it many times over a long period of time but could not get that to work, basically because it is just too flat.

For me adding the ventilation holes and, especially, the recessed tube with its shadow was subtle enough to give it a more 3-dimensional character. Adding another, basically external, element would easily be too distracting in my opinion. I did not think about adding a shadow, though. A different framing (16:9 instead of 3:2) and a strategically place shadow on the right might have worked.

I was curious who created this mural and searched a bit.

The artist is named Micha de Bie and it turns out they did some more work in the surrounding area (Delft, Rijswijk and The Hague)

Micha de Bie (The Hague Street Art). There are Facebook and Instagram pages as well, but I stay far away from those.

I’ve been looking at this, rather large wall for a while now and finally saw a section that I think works. Hope you agree. I’m rather new at this urban thing so pointers are welcome.

I like this. Yes, you just shot a “picture of a picture”, but you picked a really nice segment of the work that has it’s own “light”, so to speak. You were very careful to square-up all the lines in the frame, which I think is very important in photographing “civilization”, where straight lines abound.

Yeah, straight lines should be straight and the horizon should be horizontal. I might be a bit obsessive when it comes to that

I don’t have any z-mounted lenses yet, I’m still using my, admittedly rather good, f-mount lenses. The above image was shot with this one. F-mounts also work rather well on the Z6 II, and probably all Z bodies.

A while back, when I was considering a new camera, an acquaintance let me use his Z6II + Nikkor Z 24-70mm F/2.8 S-line for a few days to give me an idea about this camera. I prefer primes, but Oh man… that lens is nice!

I have that lens as well and have been using it a lot in my recent outings. I like it a lot, it is sharp, fast, and light