Hello everyone.
Does someone with XTRANS sensor could send me a Flat file?
I need it for tests.

I have an X-T1.
Could you give clear directions on
how you would prefer me to produce it? 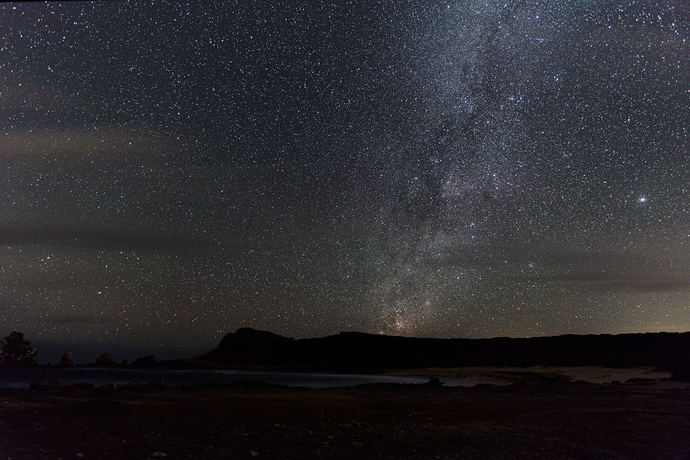 Processing a nightscape in Siril

Siril is a program for processing astronomical photographs. In this tutorial, I’ll show you how to process a nightscape in Siril 0.9.10. It doesn’t intend to be comprehensive tutorial but rather to present a basic general workflow that is a good...

@heckflosse: I need different pattern :).
@Claes: a flat file is a file taken in a homogeneous light. For example, take a blank page from your computer

Oh dear, it is? In database science it is something completely different

Hm… I have an idea. Will be back in a few minutes…

Yep. The result is supposed to become mid-gray

In case you want/need a lighter one, just tell me, and
I’ll fix it after dinner.

Would a file that was taken for this https://pixls.us/articles/how-to-create-camera-noise-profiles-for-darktable/ be of any use?

No, this is not the same type of image.
THanks

Do you need any more XTRANS flats?

I’ve got some of the early morning deep blue sky that I use.

So here are two, both shot on an X-T1

I can dig up one in which there is a smudge on the sensor as well, if you want that sort of thing as these two are pretty much featureless. I subsequently cleaned the sensor off and these two are from after that.

It should be fine thanks. I need to write the XTRANS version of: https://free-astro.org/index.php?title=Siril:Commands#grey_flat

It is not quite easy (at least for me