Following in Reptorian’s footsteps, I became interested in Newton fractal yesterday, and tried to implement it in G’MIC.
Today, I’ve released a new filter for the G’MIC-Qt plug-in, that can be found in Rendering / Newton Fractal. Here are some screenshots of this filter in action: 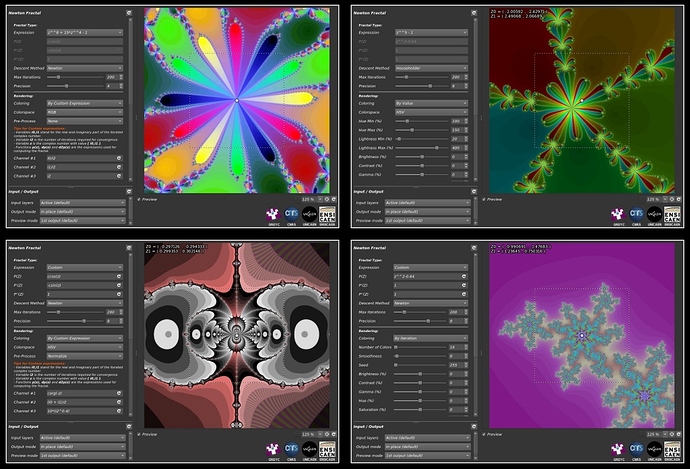 The differences with the version from Reptorian, is that I’ve tried to make this filter the most generic possible :

I’m quite happy with how this filter behaves right now. There is always room for improvements of course, but that’s a good beginning.

Here are a few images I’ve obtained with this filter so far, do not hesitate to share your own images! 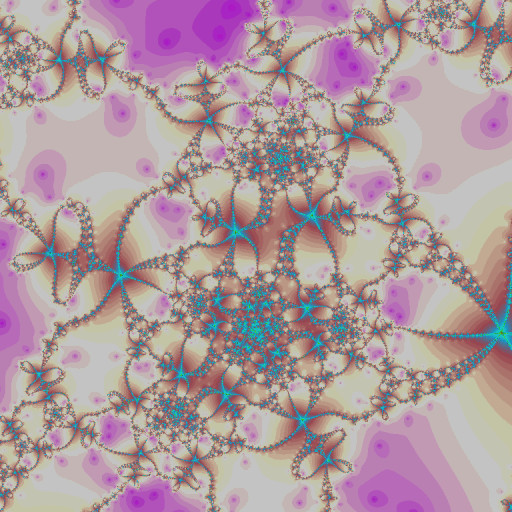 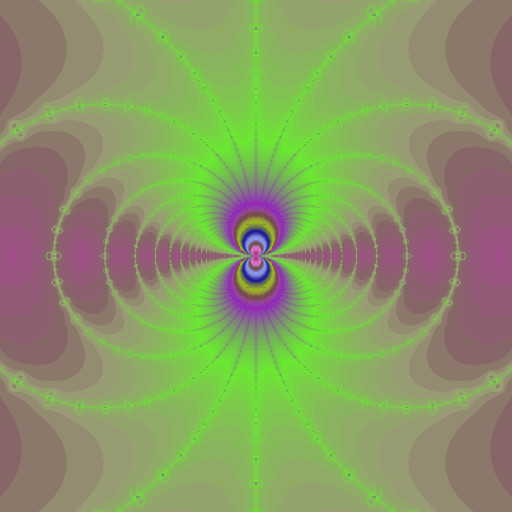 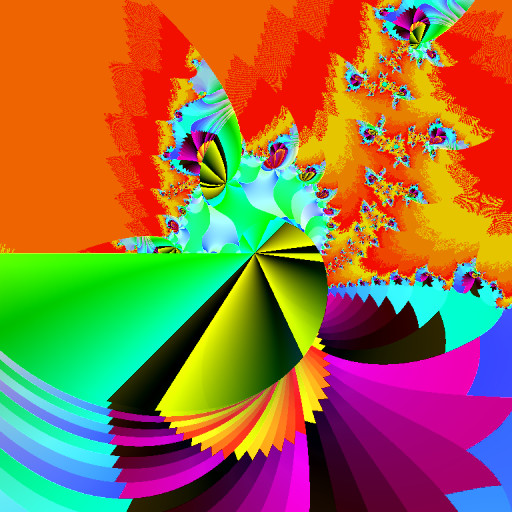 Wow, that’s something to try testing. I think I might look into this filter for how I can improve the Thorn Fractal filter.

EDIT: I have decided to test your filter. Here’s my result: 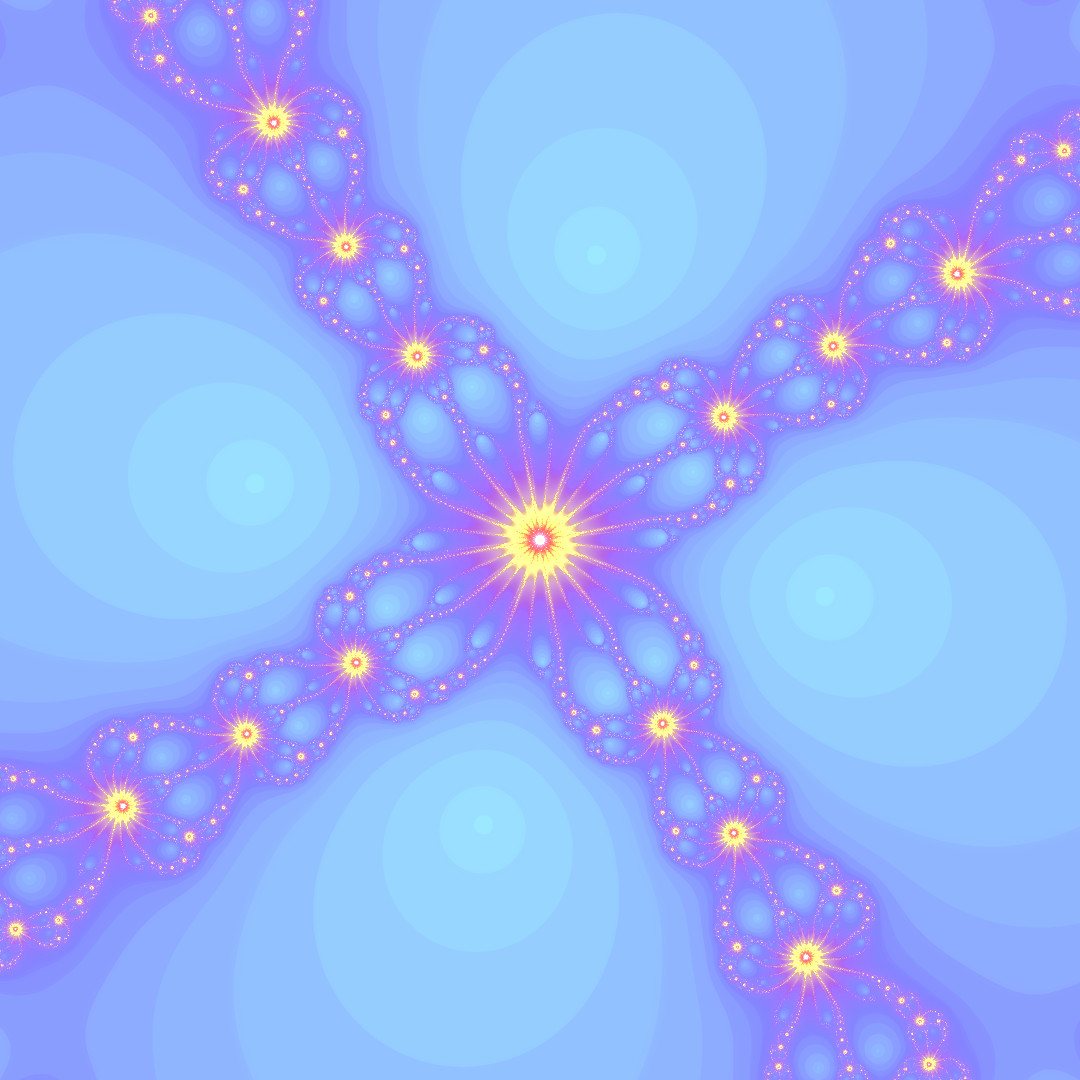 Really beautiful fractals.
Reptorian, David, is it posssible to superposition formulas of flame and Thorn fractals with Newton’s to get some new fractals ?

Or combine them with juxtaposed iterations with one another?

By mixing formulas, theoretically possible, but it’s a lot of work for both of us. I would be open to collaborating on that, but as of now, no.

I don’t know what kind of fractal is this. Can this be done with formula ? 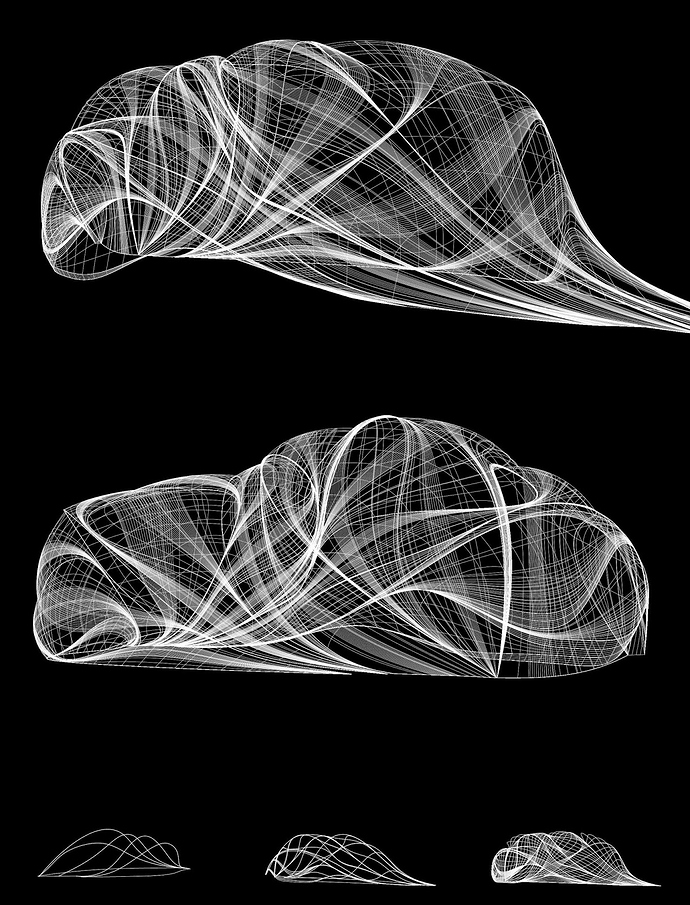 This is a procedural 3d model, made by Diana Quintero. Probably with Grasshopper 3D for Rhino.

But if you are interested in procedural 3d modeling with FOSS, then you can use Blender and Sverchok:

Sverchok. Contribute to nortikin/sverchok development by creating an account on GitHub.

And if you want animate this kind of things, you can use Animation Nodes:

Jimmy Gunawan has a YouTube channel with hundreds of videos with examples of this software:

Thanks for visiting and subscribing to my personal channel! Professionally, I am a Computer Graphic artist with Maya, Houdini, and Blender as my tools. In he...

On the contrary, I think it’s possible to do it in G’MIC. The problem is more about who want to do it ?

Is it possible to use reqursive quadtree variations with rep_thorn_fractal, Newtons fractals to get new patterns?

But if you are interested in procedural 3d modeling with FOSS, then you can use Blender and Sverchok:

The potential issue is that Rhino is based on NURBS paragism, and Blender lacks proper NURBS support. Polygon and subdivision will always lack the surface quality of NURBS(This is one reason why Blender and Maya and so on will never replace NURBS-based software). It’s probably not possible in Blender.

Reptorian, that image reminded me on your thorn fractals but wrapped around and twisted.

Before we get back on topic, I should remind you that you may benefit from learning mathematics and coding, then your dream may or may not be true.