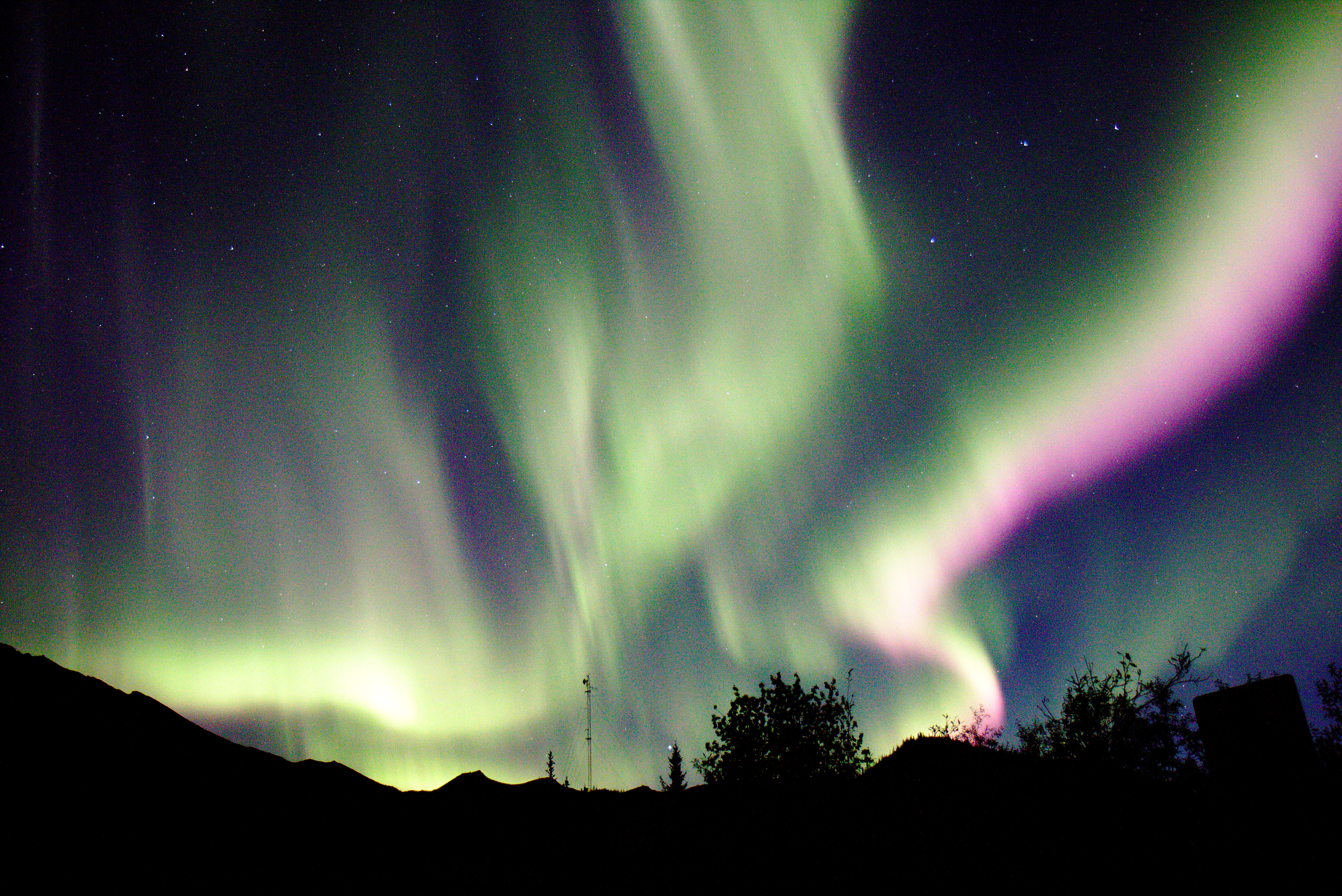 I shot this on a fantastic holiday in Alaska in September 2016. We were spending the night in a tiny, tiny village just off the Dalton highway on the way north to the Arctic Sea. Our guide, Hugh Rose (hughrosephotography.com) lives in Fairbanks and he said the lights that night were in the top 5 he had ever experienced!

This image was shot just after midnight, RAW with a Canon 70D and an EF-S 17-55mm lens supposedly very good in low light.

Developing the image raises a number of challenges:

What White Balance setting is appropriate for the Northern Lights?
Various websites will tell you that it depends, but the answer may be between 3000 and 5000 Kelvin, or just follow your eyes, or even try fluorescent lighting settings as that is the mechanism powering the aurora.

How black should the sky be?
It was a moonless night but the aurora covered most of the sky at times.

Can the contrast be enhanced given the lengthy exposure times?
The aurora was in motion with a kind of rippling effect so there is likely some motion blur

And what about the colours?
There are a definite set of hues that are produced in an aurora, and the human eye is less sensitive to them than the camera lens. The base aurora colour is green, but not that green - some choices to be made.

One thing is for sure, there is ample opportunity to make a pretty dramatic image.

Enjoy!!
IMG_4091.CR2 (30.6 MB)
This image is release under the copyright licence CC-0 which means you can do pretty much what you like with it.

There are a definite set of hues that are produced in an aurora, and the human eye is less sensitive to them than the camera lens. The base aurora colour is green, but not that green - some choices to be made.

I just went for more green, but I haven’t seen an aurora in real life q: 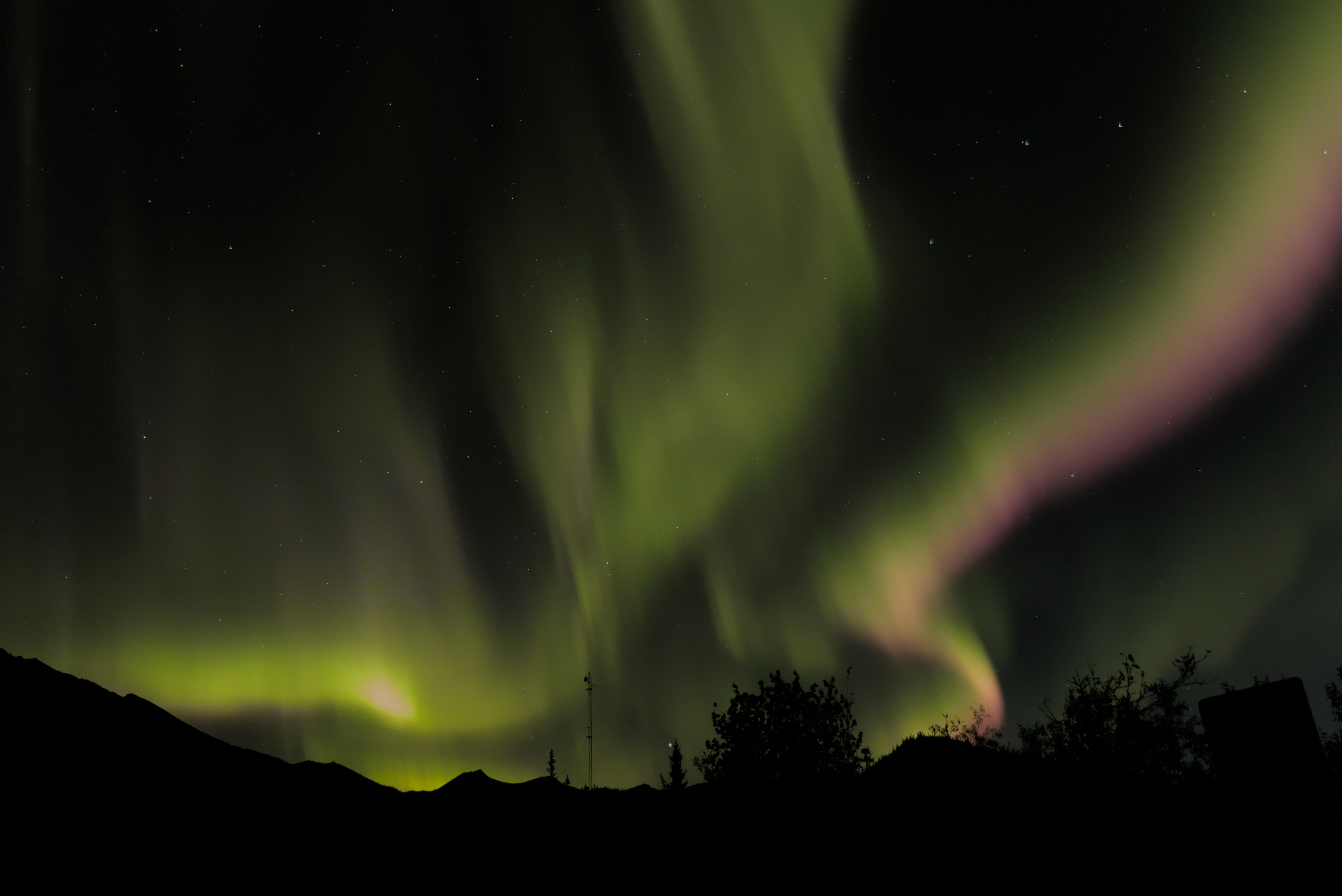 Gave this one a shot was interesting to process. Quite challenging lots of tradeoffs. I went for a more clean white balance not being tainted by the colors so nice and neutral as far as i can tell did this without my monitor calibrated so it may be off a bit. Used dt 3.4.1 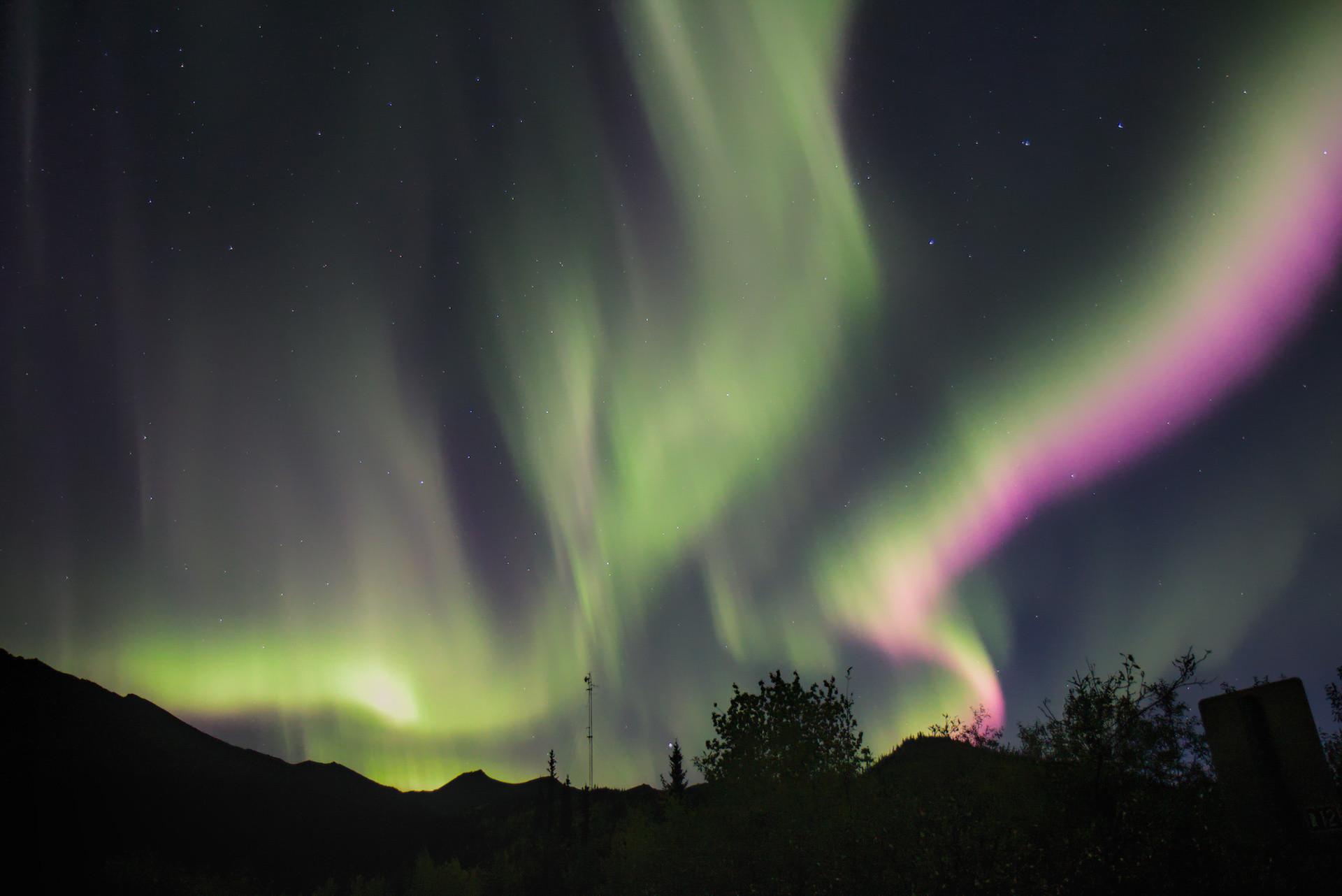 It’s aurora season at the South Pole, and my son has been regularly sending aurora pix. Based on his and others’ images, they’re green-er down there…

Based on that notion, I actually applied a negative control-point curve to the linear image to get this: 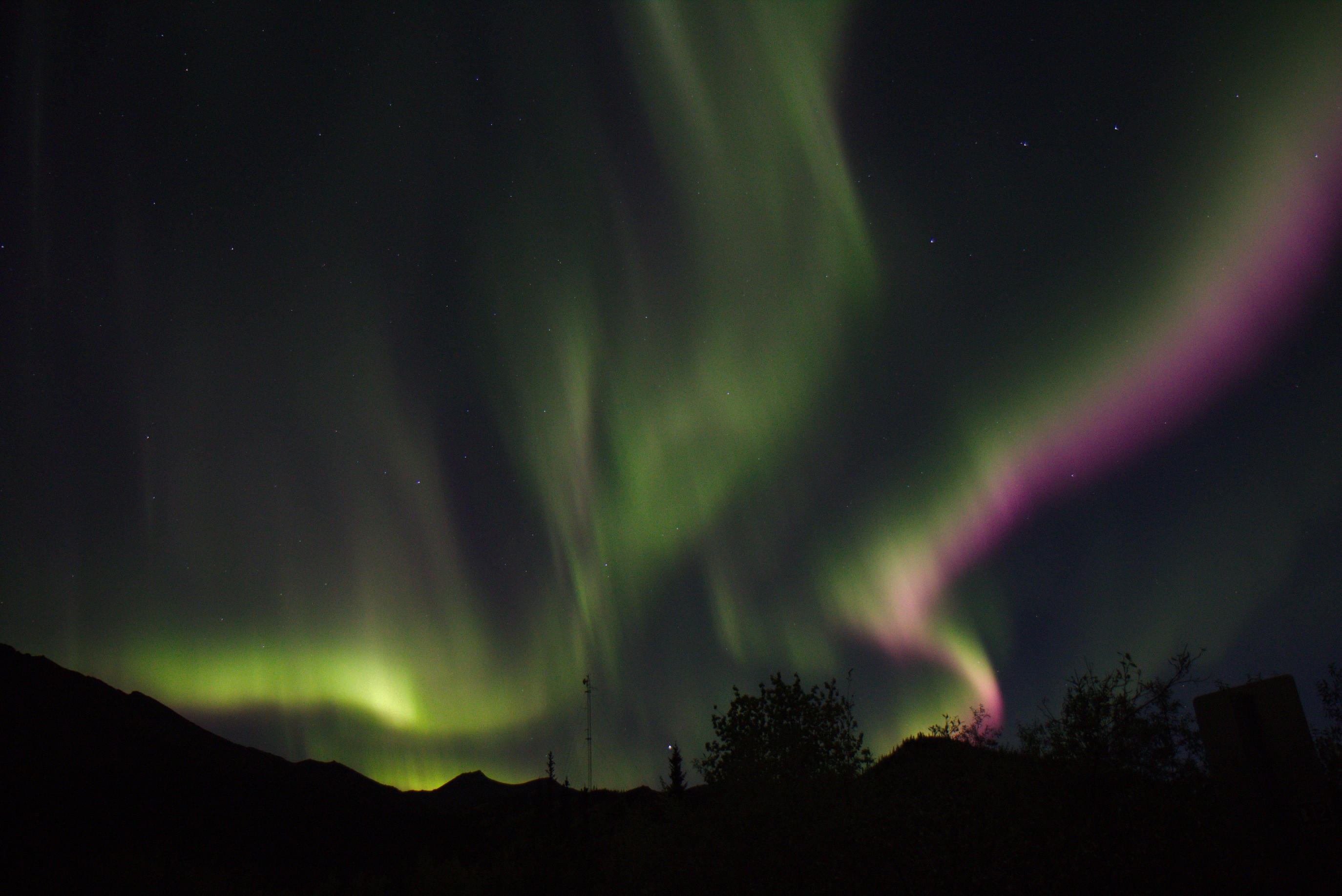 There are some decent examples here: https://icecube.wisc.edu/news/life-at-the-pole/. See weeks 17 and 15… 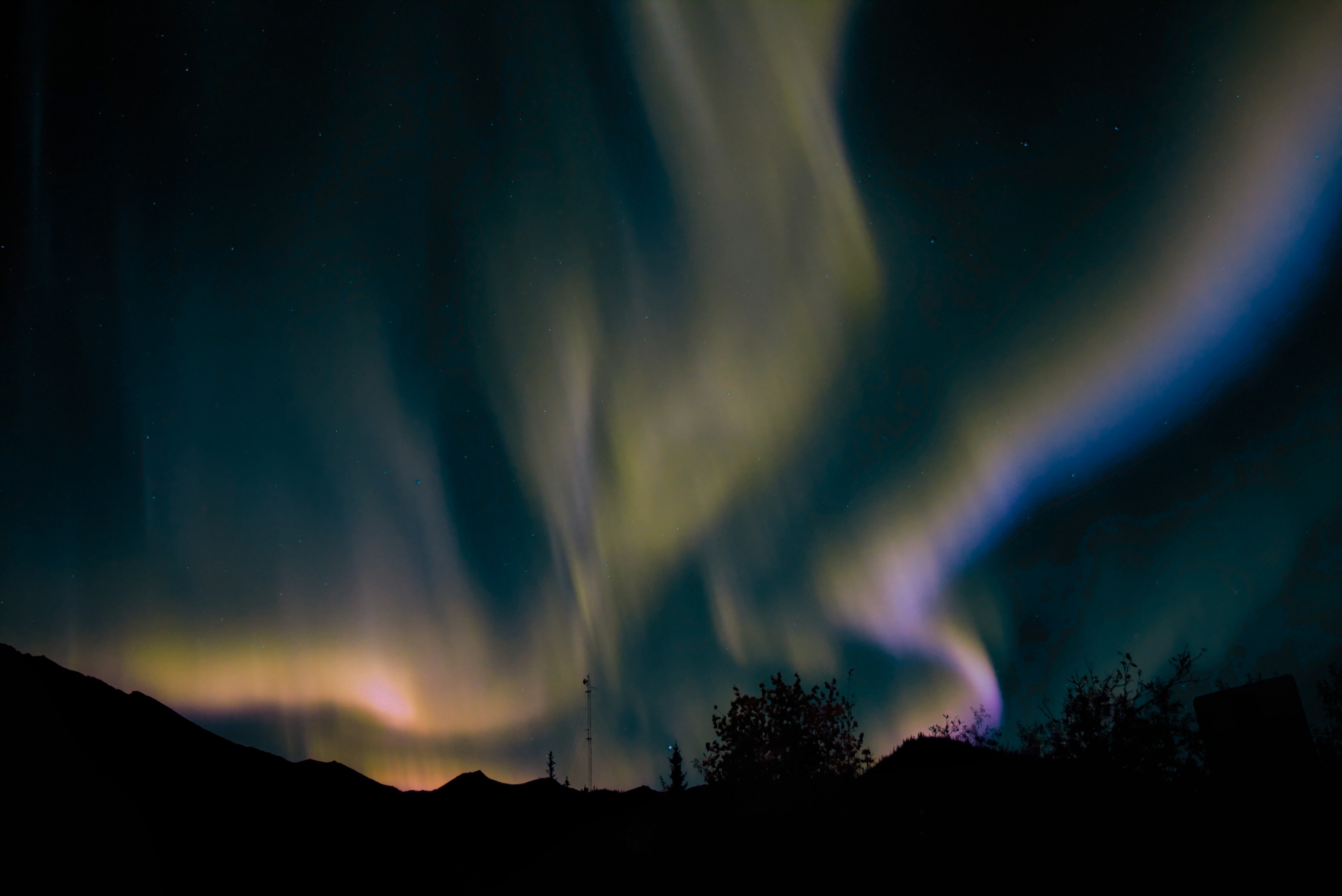 IMHO, your edit nailed it (except the noise, but is just one click).

And what about the colours?
There are a definite set of hues that are produced in an aurora,

Being from aurora territory I would say that one of the amazing thing with them is the incredible variety of shape, movement, saturation and colour. From very strong green to mainly purple. From dense slow waves to fast moving sky covering ripples. Im sure base colours are fixed to the green and purple but the mix of the two and the saturation makes for a lot of variety. I’ve seen very pale ones and very green ones. 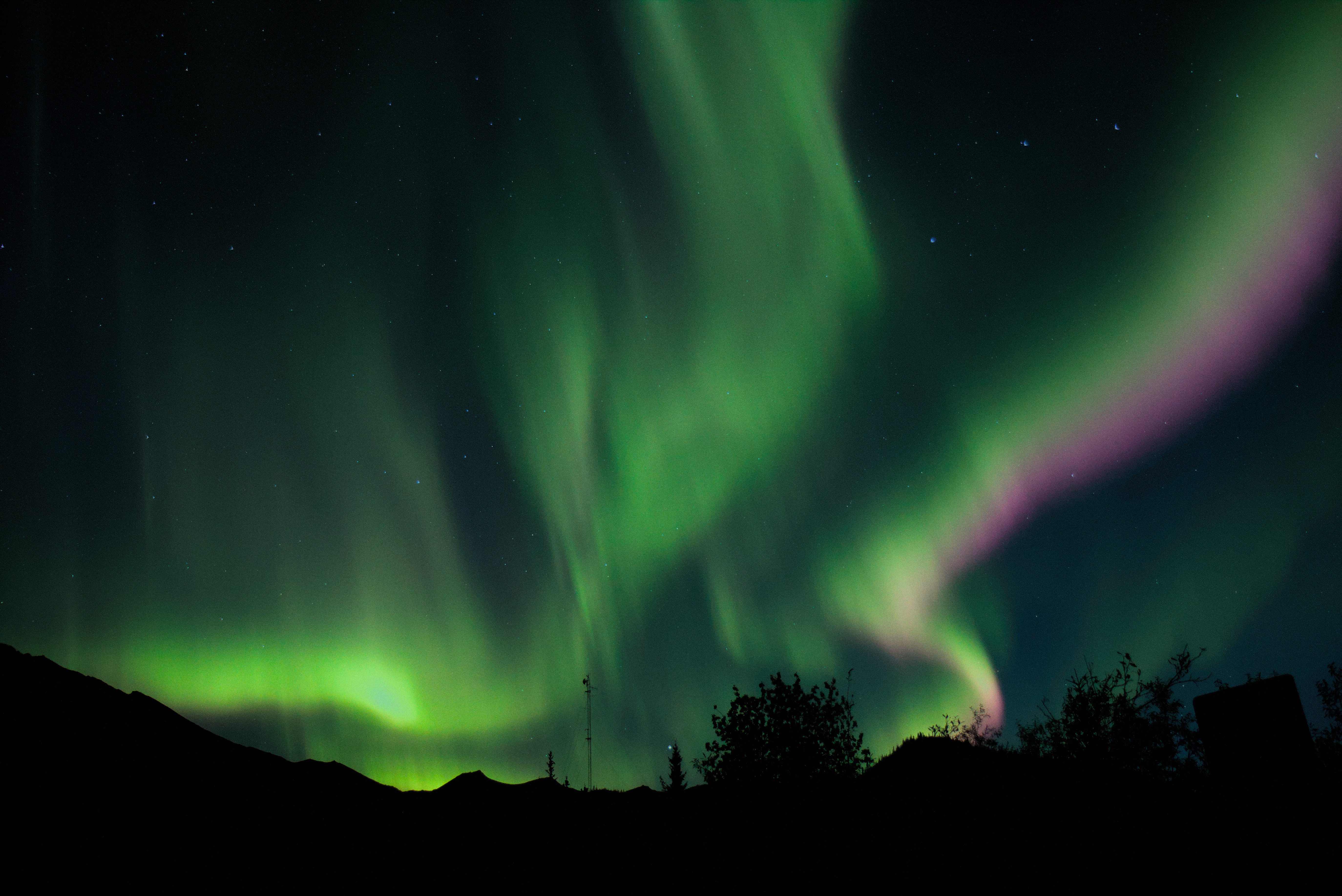 I think this loses quite a bit of the faint detail though.

There really was a lot of light in the sky at this point.

Interesting that your image shows both blue and violet on the rightmost streak of aurora.

I think pure blue is possible, but violet is more common (both caused by nitrogen atoms). At the time I could only see the violet. 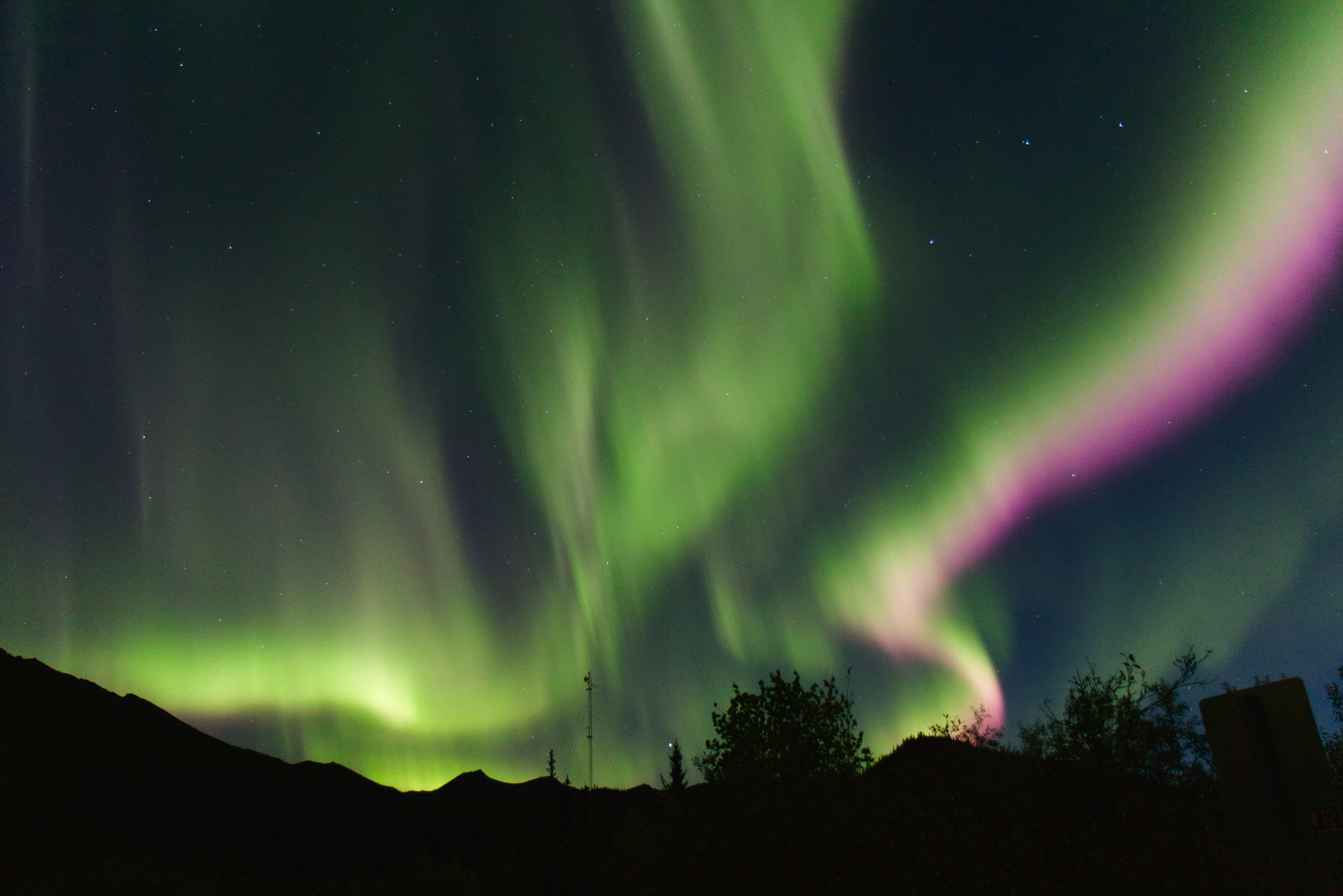 I don’t have the burden of knowing what these phenomena look like in real life. Love to see it for myself sometime.

Thats a pretty good take on it!.

Incidentally, for those into astronomy: In the top right you can see 5 of the bright stars that make up the handle of the constellation Ursa Major (aka the plough, the big dipper) The 4th star from the right is called Mizar, and is a double star which shows up pretty clearly on the photo. The fainter companion star is call Alcor and both are themselves double stars, although you need a decent telescope to see this.

I’m quite impressed that the lens resolved this pair of stars!

I think this loses quite a bit of the faint detail though.

There really was a lot of light in the sky at this point.

Yes, with just a curve to manipulate tone, it was a trade between color and the faint parts. I contemplated adding HSL saturation (the only color tool I have in rawproc), but to my thinking that becomes a colorimetric departure from the capture, so there…

I don’t think you do in discourse, the forum software, unless there’s an option I haven’t found. When your reply ends up directly underneath the post, the ‘replied-to’ arrow and person don’t appear in your post; when your reply is separated from the post is when the ‘replied-to’ stuff is inserted. Tool a bit for me to get used to that, after using threaded-vs-flat in dpreview…

This question can be read in at least 2 ways. Glenn addressed one of them and if that was what you wanted to know you can stop reading

You might want to know how to add a sentence/paragraph you want to comment on to your reply. The way I just did and the way Glenn did twice in the previous post. If that is the case:

If you select the text you want to reply to using the mouse Quote will pop up. Click on that and the text selected, including user info will be pasted into the reply box. You can do multiple selects, are not limited to quoting one user and can also quote yourself.

Good put, and the only thing I feel compelled to add is to make sure you have selected the spot in your draft at which you want a quote to be inserted before you go back to the post from which to select the quote. The quote tool happily inserts the quote wherever your cursor is positioned, even in the middle of your well-crafted missive…

Yeah, very annoying when you forget about that! 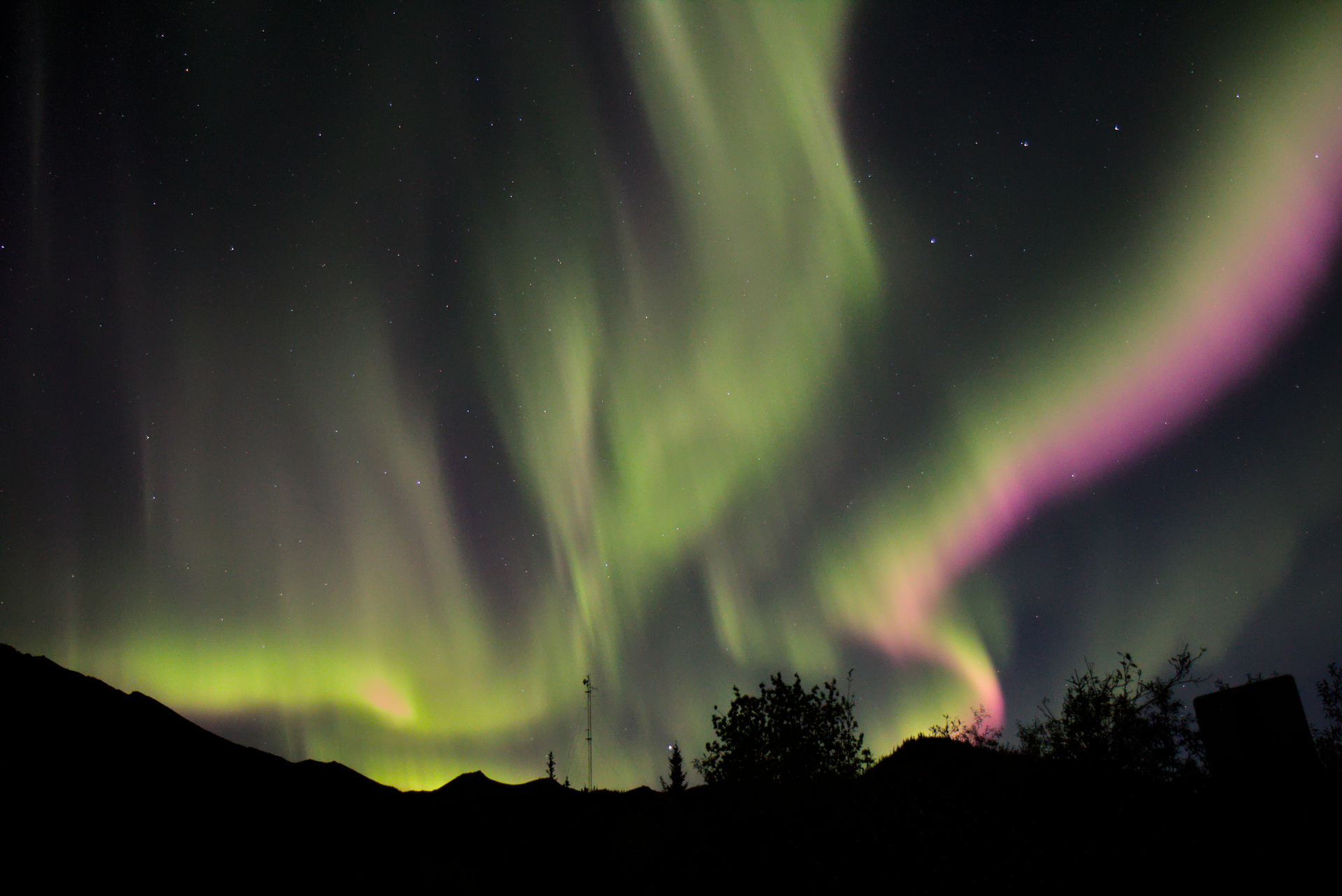 Yes I did master the quoting system with a bit of help from one of the system bots.

In fact a misplaced quote can also be cut and pasted in the correct place in your message.

Yes - an amazing evening, and this was not even the best shot I took! 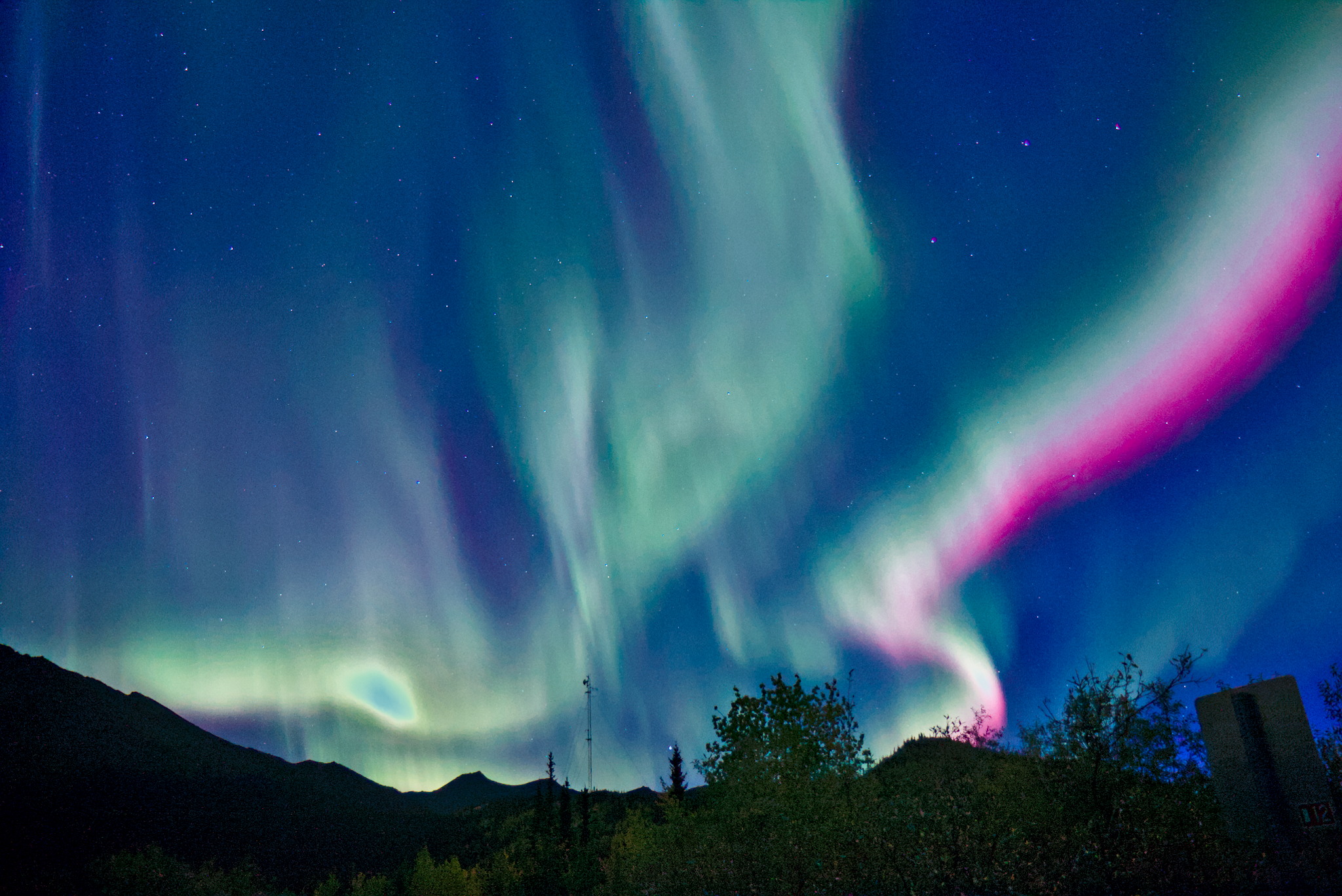