The image that is attached is an old production that I was the co-producer and editor on using Natron as the compositor. In the image script I had constructed a SpillMap based off an industry compositing guru Mr. Wright. If you can follow the flow, give it a try. I don’t have that script file any more but it is comprised of Shuffle Nodes and Merge Nodes. 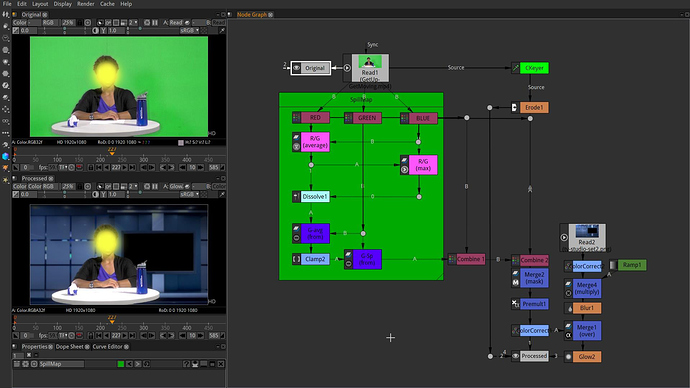