During a recent exchange of ideas with @gadolf it came out a good subject for a new thread.
It’s about night landscapes in which you’d take multiple shots for the sky, and one (or many) different ones for the foreground (especially when the foreground is feature-rich, not just defined by an horizon line).

First of all, please note I’m new about this process, I’m a little bit more than curious, let’s say.

Anyhow, I’ve uploaded an archive with 6 RAW files and 2 JPGs:

You find the archive here.

The author of these pics is @flick87, who recently joined the forum. The RAW files are posted with permission with license CC-BY-SA 4.0

.
I am the author of the JPGs processed images, they’re also released with the same CC-BY-SA 4.0

Speaking with him especially looking for FOSS in this topic, I became curious about this type of photography and started fiddling a bit with Siril. Even being totally inexpert, I was immediately struck by the quality I could get for the sky without a huge learning effort, by stacking the 5 RAW files in Siril. It is indeed a very nice tool.

However, what I found then difficult (or rather, tedious) is the long process of masking and stitching the foreground and the sky. When the foreground is rich and interleaved with the sky, as in the example shot above, the process may become extremely time consuming.

The question that came out discussing with @gandolf was: does it exist in the FOSS universe (either a software, a plugin, a sorcerer,…) something similar to Sequator, that performs the stacking and also offers tools to take care of the foreground extraction and masking?

I’ve never used Sequator, mostly because it’s Win-only and closed source, but @flick87 is familiar with it and confirms it’s working nicely for the foreground as well.

So, I’m wondering, out of curiosity, if it exist some open-source implementation for stacking, together with foreground extraction/processing.

I think this is a nice thread, it would be really helpful to find some sort of open source software for landscape night photography able to handle the foreground the easy way, like Sequator does.

I know there are some other utilities specifically designed for deep sky stacking, and Siril is one of them, which do their job, stacking multiple frames, even better than Sequator.

I have to admit I’ve only used Sequator for a limited period of time (I came across it recently) but its simplicity really blew me away, in terms of freezing the foreground of a night stack.
The learning curve is fast, you paint over your picture a mask to isolate the sky and in a matter of seconds it gives you the stacked image with a good noise reduction.
You can also forget to set all the other parameters and proceed to your favorite editor to finish the editing.

Attached you’ll find a quick example of what Sequator does in terms of stacking to those pictures uploaded in this thread by @billznn. 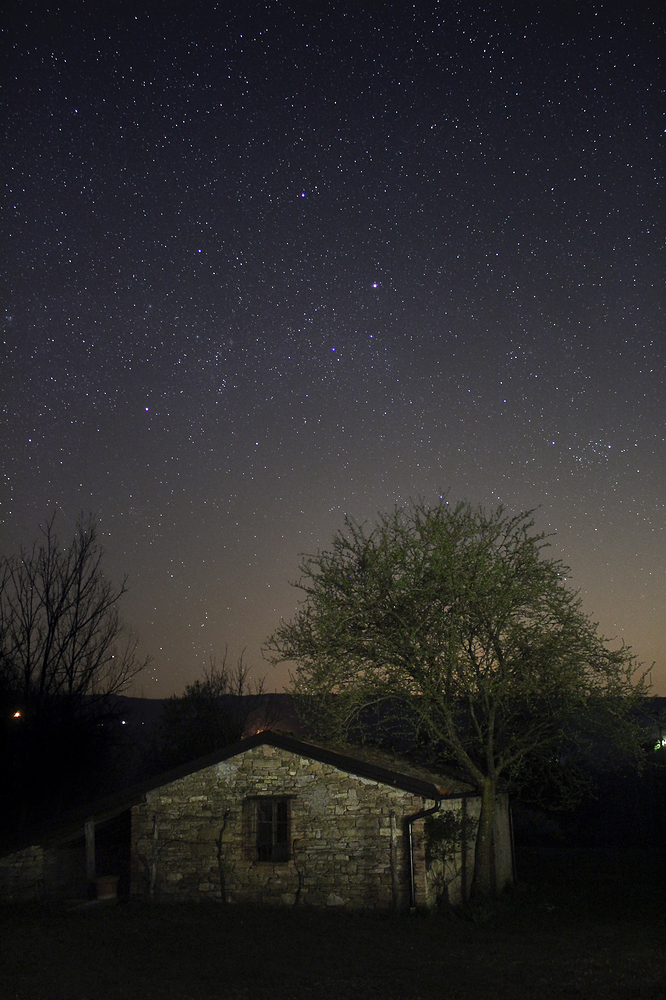 @flick87 Welcome to the forum!

Maybe the author can be convinced to open source it?

I had some contact with him per email, because there are some cases in which Sequator breaks the EXIF data in tif files. He was not very helpful. I ended up just writing a script to put the EXIF data Sequator strips back into the files.

The learning curve is fast, you paint over your picture a mask to isolate the sky and in a matter of seconds it gives you the stacked image with a good noise reduction.

The mask you have to paint is really approximate, and the foreground, even a complicated one, like in this case, is isolated quite nicely.

Maybe the author can be convinced to open source it?

Yeah, that would be good… But I also had the impression he’s not really fond of the idea.

Anyhow, I really wonder if there anyone else around that developed something similar, maybe a plug-in for GIMP for instance…