Popup Window to redownload and Install GIMP v2.10.18 on startup?

Started GIMP this morning to tweak an image and got an additional popup window telling me that although there wasn’t an “official” new version pushed out, that I needed to download GIMP and reinstall as there were some changes made. 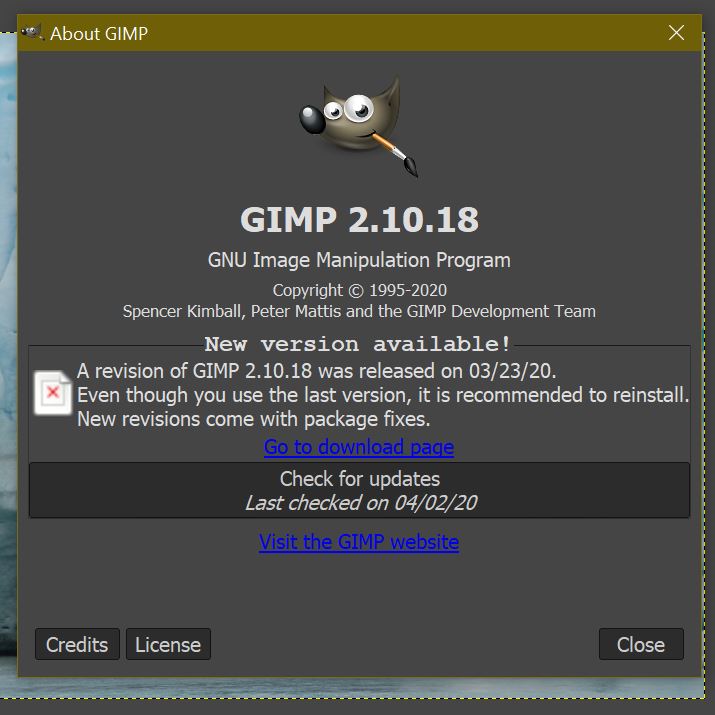 What’s this all about?

No worries. You won’t because you started it.

Similarly, look how the installer has -2 suggesting that this might be its second and third iteration.

Sure enough, here are the notes in the torrent:

Ok, cool. Thanks for the info.

Update check to notify users of new releases available
GIMP will now check every time on the start up if the version of GIMP you have is the latest one available. It will do so by pinging GIMP’s server for the version of the latest release, then comparing it to the one installed on your computer.
…snip…
You can disable this feature on the System Resources page of the Preferences dialog, and manually use the Check for updates button in the About dialog.