I just noticed this. Should be self explanatory. Using version 1.18.0 exe install. 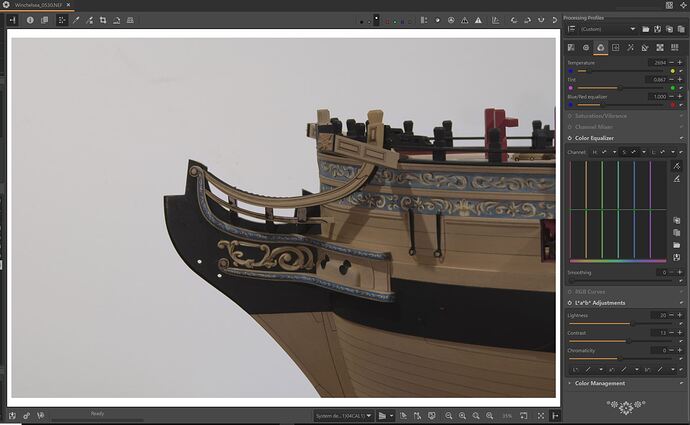 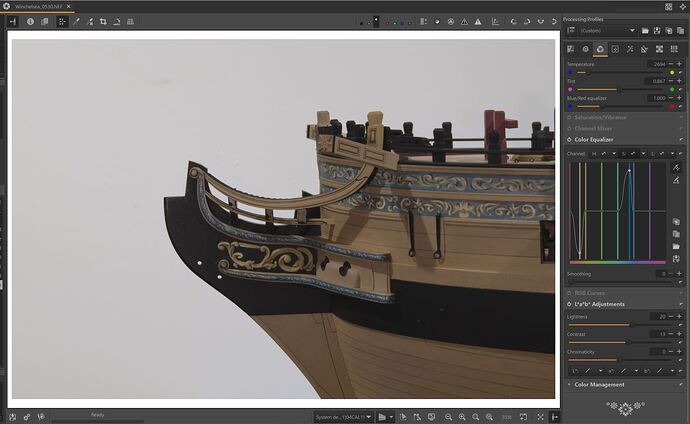 I’m afraid I need an explanation. Is it because the blue color on the ship didn’t change? To me it looks like the hue might be further to the right.

Nothing changes no what color I choose to modify on the “S” equalizer. The “H” and “L” work okay.

Yes it does. The red poles are less saturated.

An hour ago it did not work, now it is. Maybe it was a delay due to something. I have no idea.

It’s doing it again. “S” curve pick the blue tone in the frieze. No change. Am I missing something? 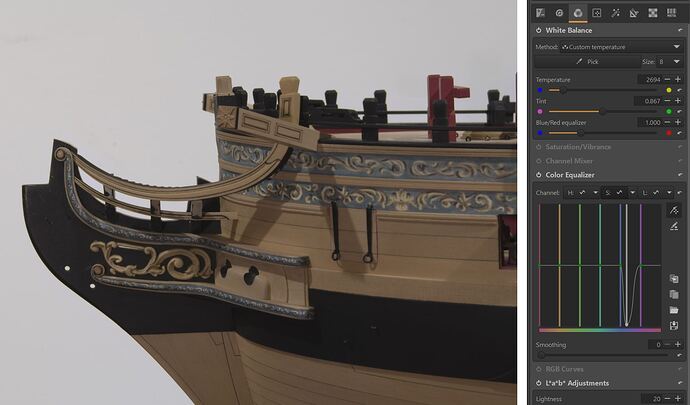 There seems to be less saturation in your latest sample.

Switching between your eq off image and your lastest sample:

As far as I can judge with these jpg artifacts, the desaturation seems to work. Looks like you need a broader band for this blue.

Look at these parts. Their blue is more saturated so you can see more effect on them. 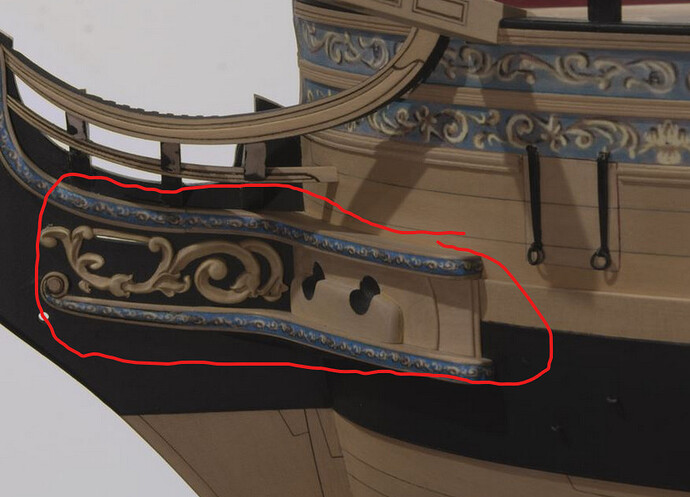 Well, here is what was causing me to post. These two edits are about the same. However, look how much more aggressive the RT equalizer is compared to the one in ART. Having not used ART in a while, I was expecting behavior similar to RT. I always thought that pulling the curve all the way down would de-saturate the color like it does in RT.
RT 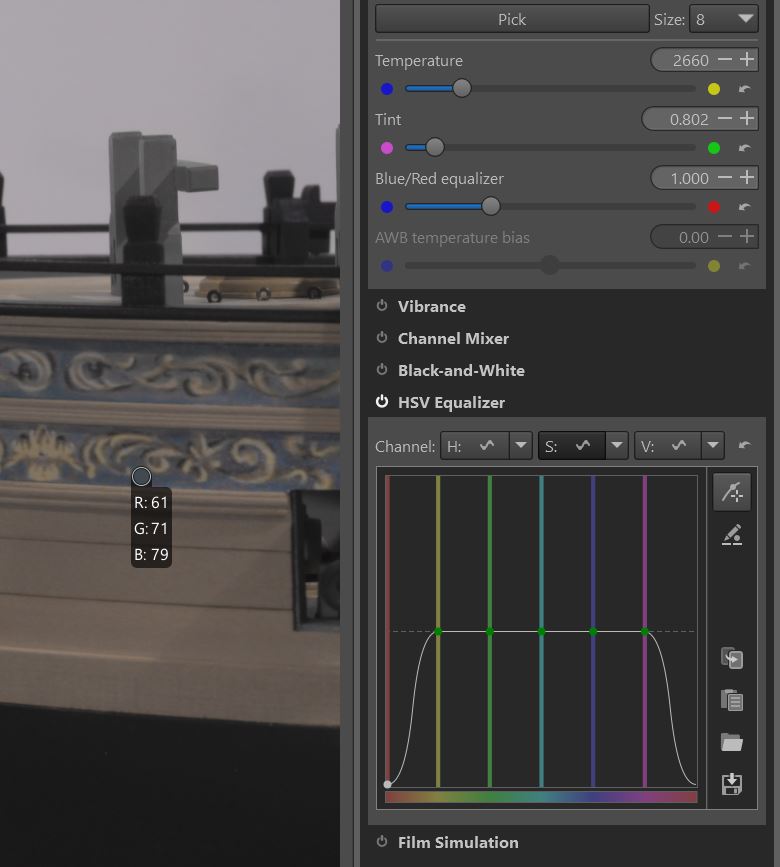 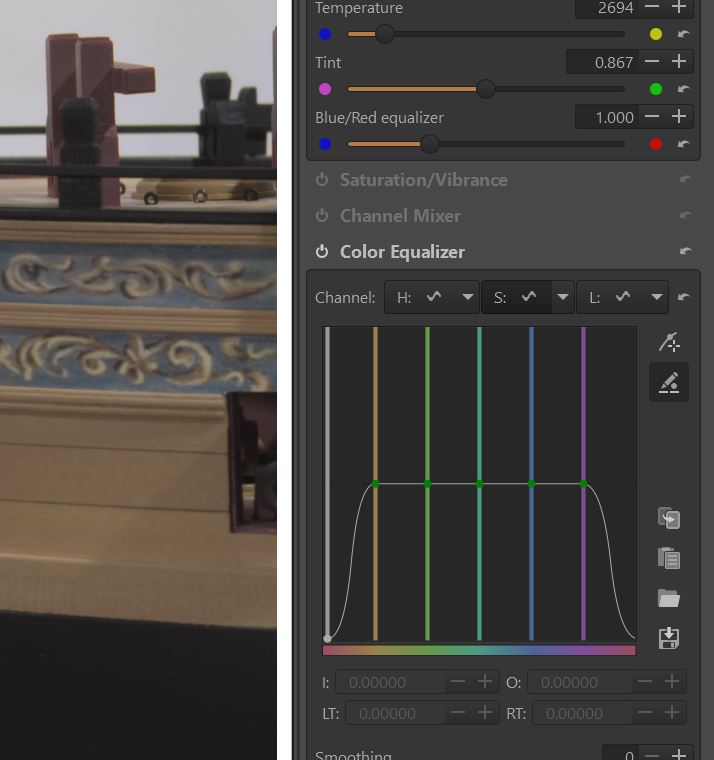 ART for me does basically desaturate them, unless I’m missing something: 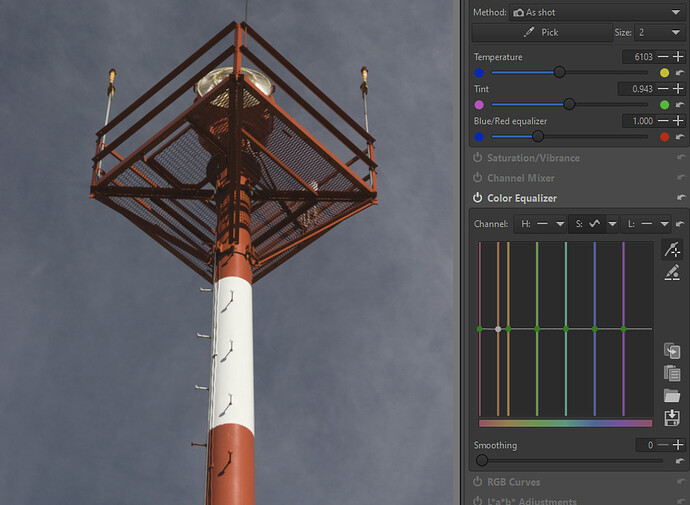 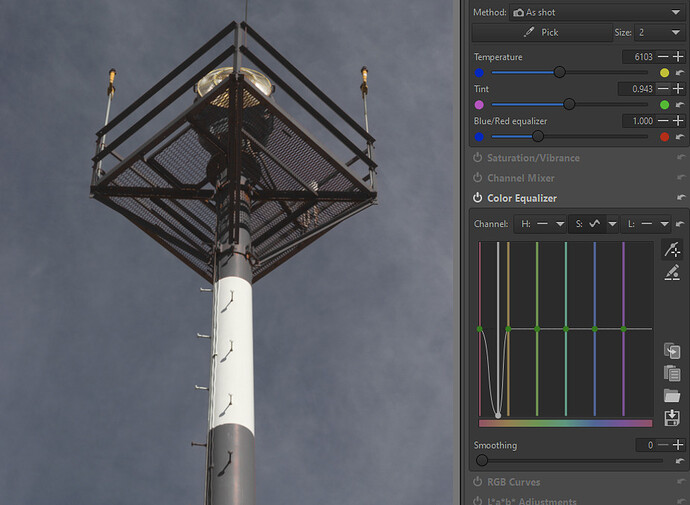 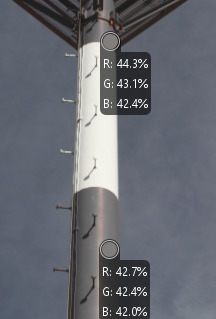 Not every last pixel was dead even but they’re pretty grey. I’ve not used RT in a long time, so I can’t compare.

I’m sure your not missing anything. I think that these two modules just work a little different from each other. They don’t appear to behave the same way. I will leave it to someone to clarify whether or not I’m missing something.

They don’t appear to behave the same way

and there’s no effort to keep backwards compatibility with it.
Specifically, the S curve has a nonlinear response, so it is more fine grained for small tweaks and more aggressive towards the end of the range

Thanks for clarifying. Btw; I was not complaining, just saw something and was curious about it.