Hi All. I haven’t posted here for a hot minute, but it’s nice to be back.

I run linux and recently updated to Ubuntu 20.04. The update didn’t go that well, so I had to reinstall a bunch of software. I use the G’Mic plugin with Gimp. One thing that I had set up before the update, was that when I used G’Mic, I somehow got it to pass along the options to the layer name in Gimp. This way, if I had a series of pictures that I wanted to use the same filter, I could refer to the one that was already done, and get the same effect out of the filter.

Here is an example from when I used the G’MIC “freaky details” filter on a Gimp project. This is the name of the resulting layer:

I can take that series of numbers on the end, and they correspond to the options for the freaky details filter. This was very useful to me.

Problem is that I can’t figure out how I got it to do that. Can anyone remind me?

I believe you set the layer name to verbose. 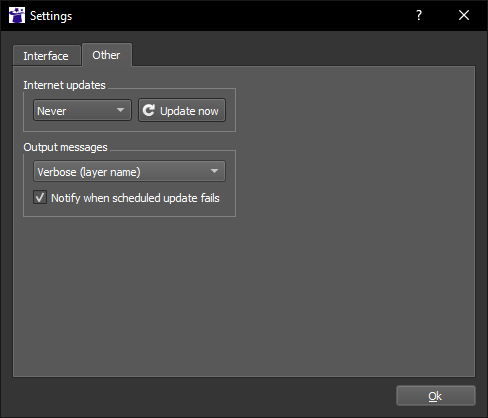