A few weeks ago I went to Joshua Tree National Park, a truly magical place. I’m not much of landscape photographer, but I was able to capture these, let me know what you think! 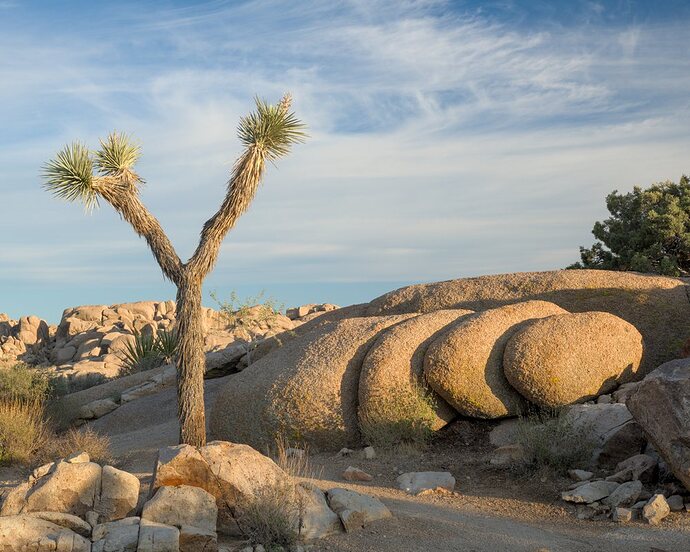 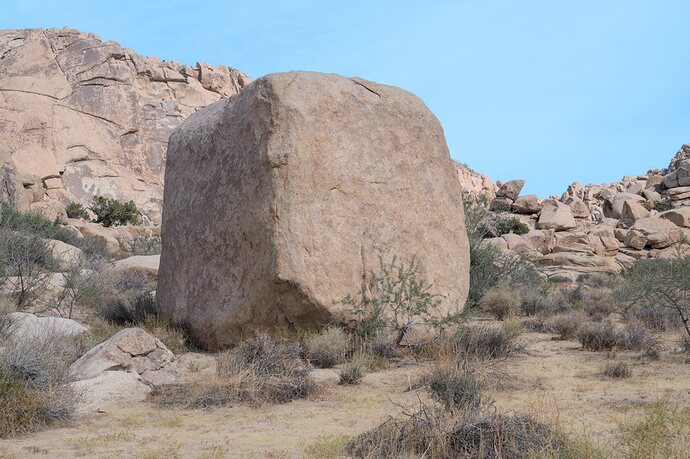 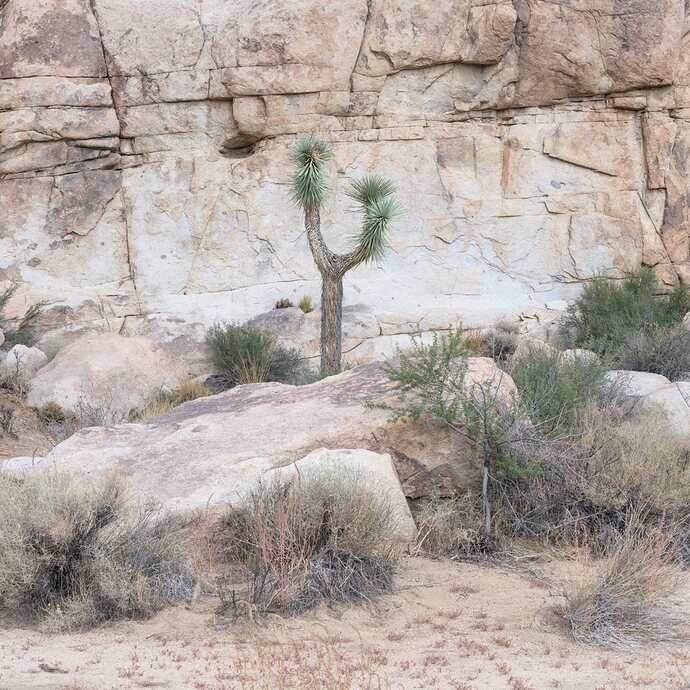 I especially like the light of the first image…

We talked about these previously on IRC and after seeing them again; I still like them.

The light in the first one, as mentioned, is indeed rather nice, isn’t it.

I do think that the third one would have been better/stronger with a 4:5 crop. Not taking away anything that’s shown right now, but include more of the foreground. Would make the transition in the bottom third of the image a bit more fluid and, as a result, having the tree placed a bit higher also works a bit better.

That’s just my opinion though, third one is still my favourite from these three, even with the 1:1 crop.

Besides the light, I like the texture, rythm and light/shadows in the rocks, in the first one. I like the composition 2.

In the third one, the tree smack in the center makes the composition feel somewhat static. There are no lines or zones of contrast to lead the eye.

I agree that - after the first two very strong compositions - the third is less so. However I disagree that there are no lines to lead the eye. The diagonals of the foreground rock surfaces, for example. Again, the background rock face above the tree has much more contrast than the washed-out face behind the tree.

@paperdigits, I wonder whether you could try a portrait crop, maybe eliminating just the one side or the other of the existing square? Thanks for sharing these very striking images!

I noticed those lines too, and I stared at them for a long itme

What mainly draws my eye, though, are the diagonals on the rock wall, above the tree, and while they are strong, they lead straight out of the frame, instead of leading to the subject. If the tree was in the top right corner, for instance, then I’d agree that the diagonals lead the eye to it.