This is the changelog for the release of the 2.4.0 version of the G’MIC software.
It lists all new features and changes done since the latest major version 2.3.0. 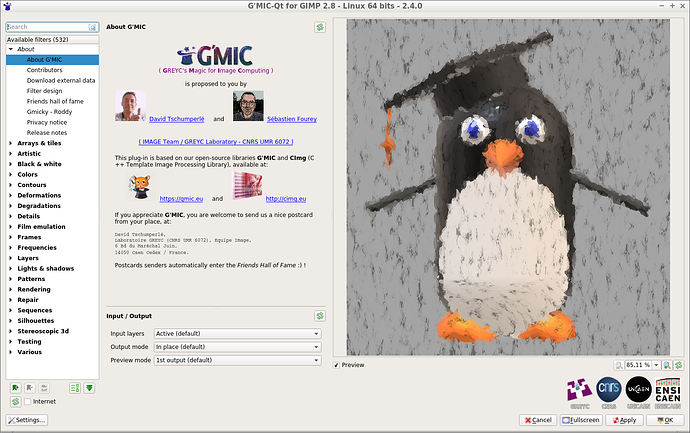 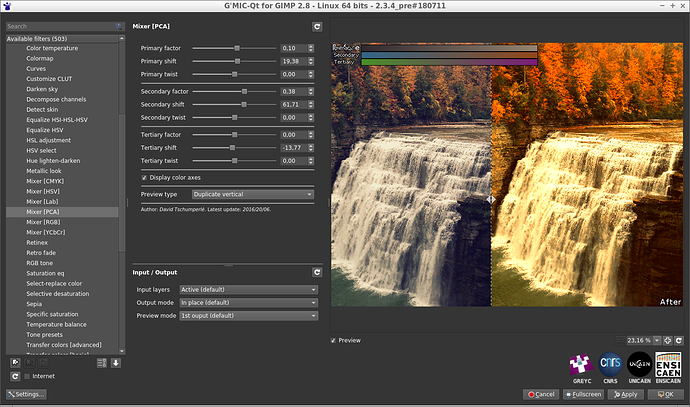 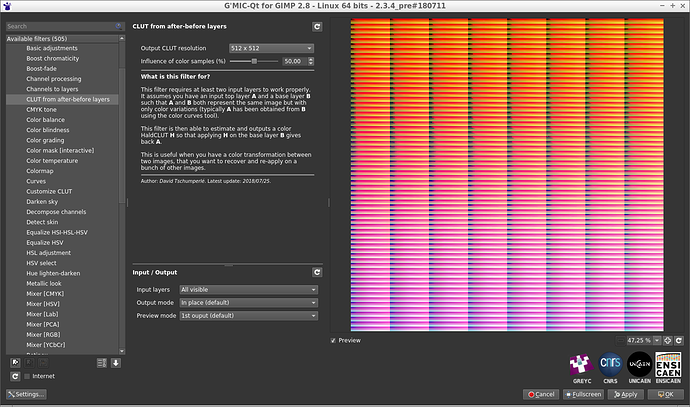 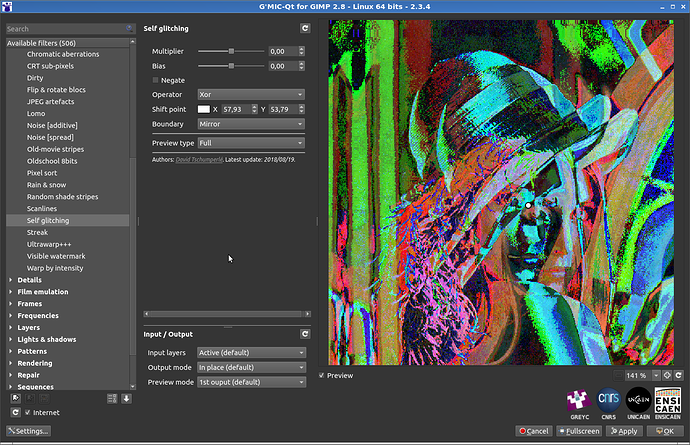 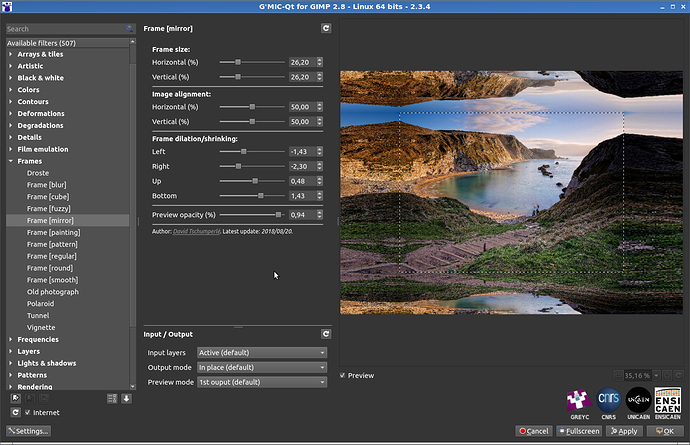 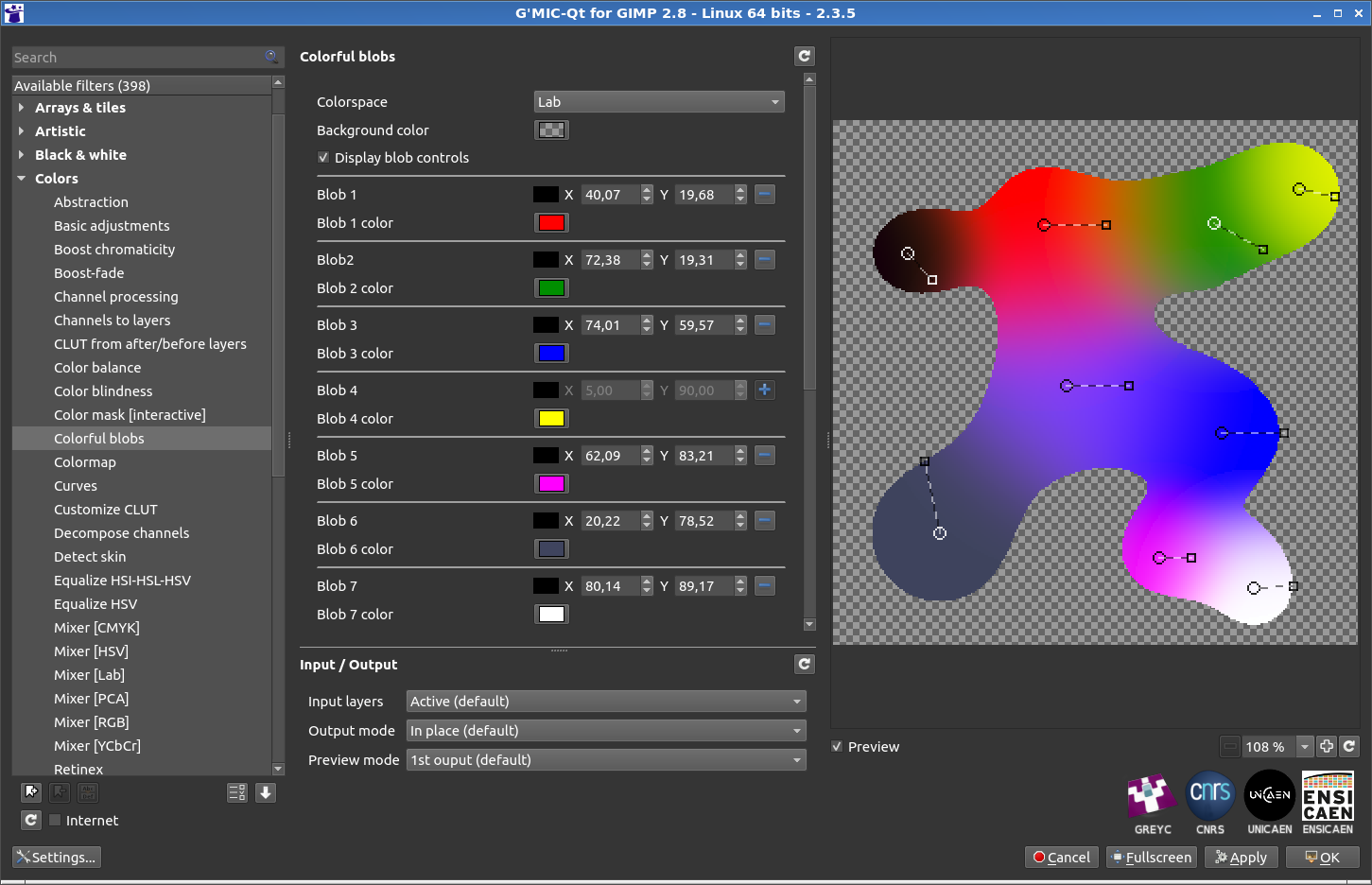 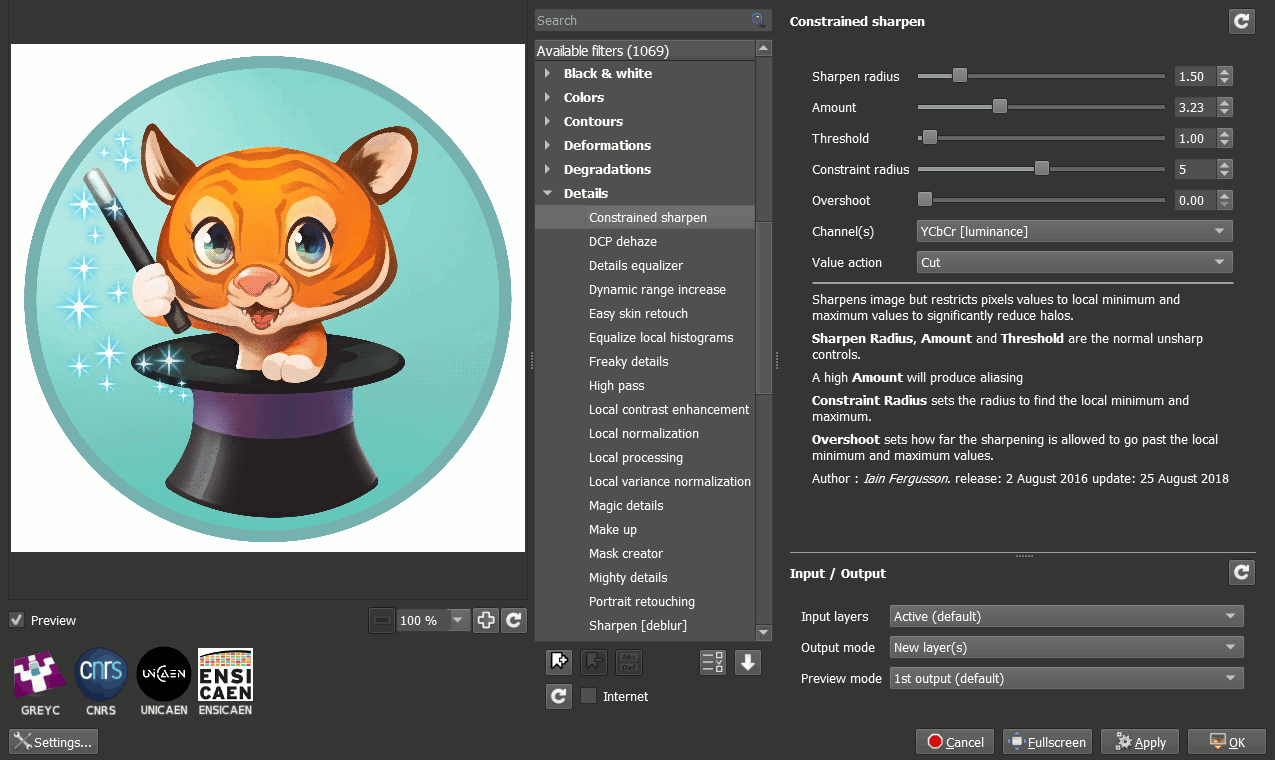 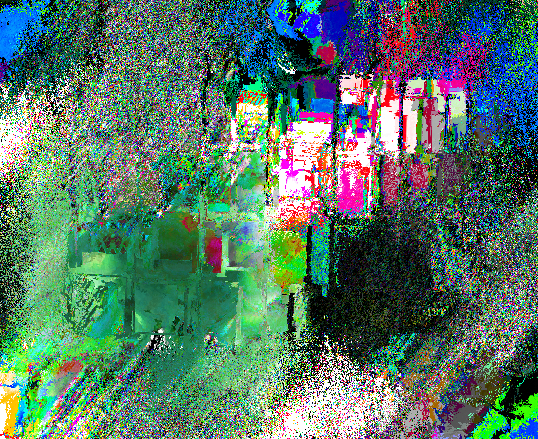 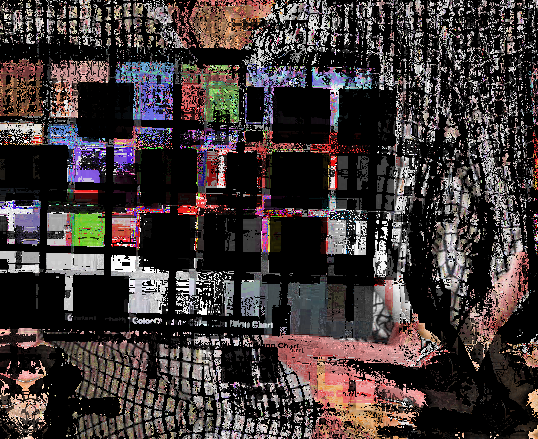 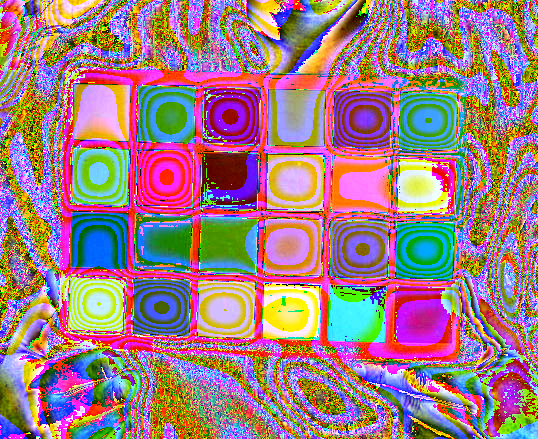 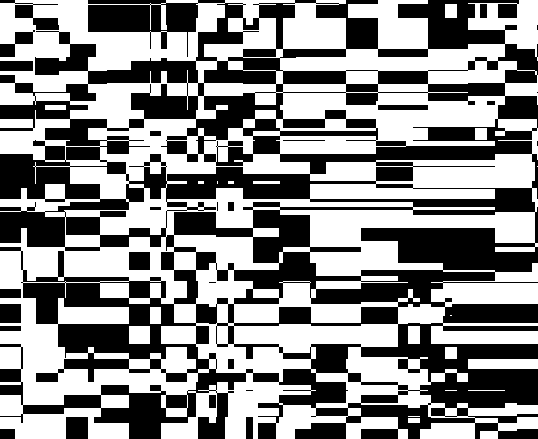 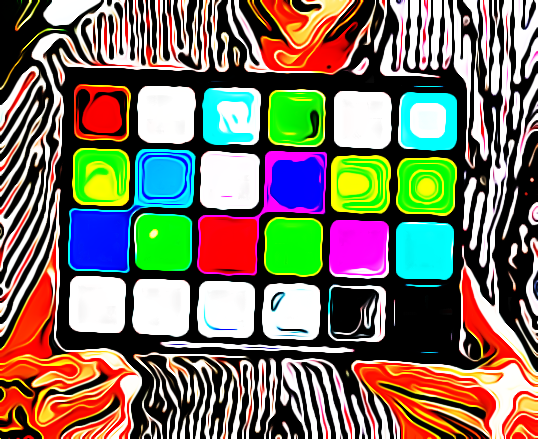 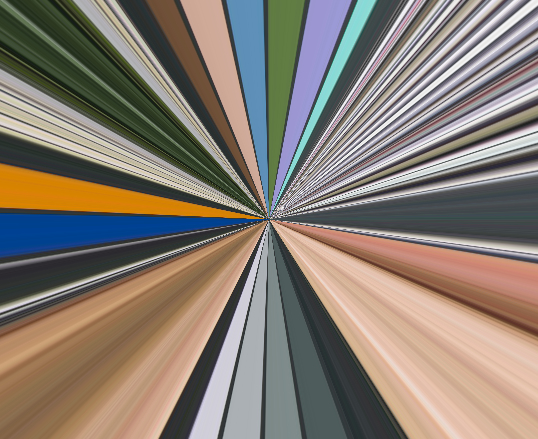 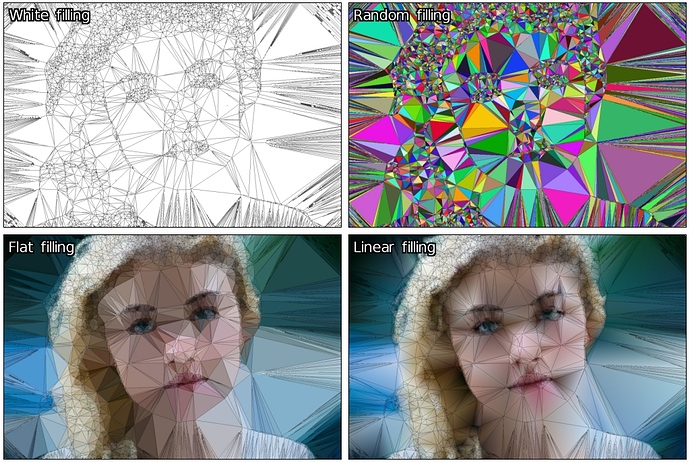 Split preview mode has been recoded from scratch

Awesome. I don’t remember: is there documentation on GUI related features?

Awesome. I don’t remember: is there documentation on GUI related features?

Not so much, the main doc is available in the header of the file gmic_stdlib.gmic.
Here basically, I’ve used the newly introduced point() parameter to provides a movable boundary for the split preview mode.

Could you add the inverse hyperbolic functions?

Could you add the inverse hyperbolic functions?

Interactive Window without having to go into interact mode on Julia filter? Does this mean I no longer need to go on separate window? Like for extract foreground, and eventually Quadredal or whatever that is that can be used to place skewed document into a rightfully placed one.

No, we have allowed one kind of interactivity in the preview window, with movable points.
Although this is already a big step forward :), it doesn’t cover all the interactive use cases.

For instance, it is not possible to conveniently let the user add an arbitrary number of points, which would be required for the Extract foreground and Colorize filters.

Ok, thank you for letting me know.

@David_Tschumperle, thank you for the “mixer [PCA]”. Awesome!

Question from a layman; “Can there also be curves based on PCA?”, so we can use:

I saw code from the “mixer [PCA]”, so I suppose this would be quite complicated.

Where have you been just out of curiousity?

Where have you been just out of curiousity?

On vacations, as may people do during summer

Incoming long post. Since filter devs (should I be considered one?) have been asked to post a bit more about their new filters to ‘on the road to’ threads like these concerning G’MIC, I’ll post my entire .gmic file as a text file and walk through the filters that I’ve added and updated:

I’ll be using this public domain image to demonstrate each filter.

UltraWarp++++ is an extremely-complicated filter which warps images multiple times, applying many different operations before and after the warping process and most importantly after each iteration. It can deface images very quickly and has many parameters which allow for precise ranges in which random values are passed to each of the commands that it uses within iterations. It can also be used to generate extremely-abrasive textures from scratch through a built-in plasma texture generator, though it’s at its best when distorting flat images with few colours and with alpha channels or masks.

Cascading Self-Glitching is similar but has a very different mechanism of image destruction, being based on the self-glitching filter which David made. For each iteration, it copies and shifts an image whose pixel values interact with those of the copied image through a given operation. It also operates on image values for different colour spaces, producing many jagged and distorted artefacts. Its main problem now is that it’s hopeless at treating the alpha channel correctly so I will be trying to fix that unless I forget about it somewhere because it’s fun to use it for making ridiculously-crunched images. It has over 600 channel mode and operator combinations. Also if anyone has any more ideas about operators, please give me some.

The Sawtoothers are modulo filters which operate individually on preset channels, manipulating values as if they are part of a sawtooth function. The channels can be smoothed beforehand to yield some unusual artefacts alongside the trippy colouring.

Rectexture generates random textures out of rectangles. It can make sharp black-and-white textures or multicoloured textures with optional warping to distort them enough to complicate them some more. It’s a bit broken with the alpha channel but set it to run on RGB (no alpha) and it’ll work fine.

Hard Painting is a simple combination of two other filters: painting and multiple iterations of graphic boost. It can be used to make very glossy and high-contrast images (which are perfect for UW++++ and CSG).

Rays from image is a specific and easy polar transform which generates multicoloured rays from the image corresponding to the point at which the rays originate (I found it while messing around with the polar transform filter). If the power is left at 5, it produces rays which roughly correspond with the directions of objects of the given colours at from that point.

That’s all I have for now, I’d love to see someone else turn these filters into something unbelievably-distorted and glitchy.

@David_Tschumperle Also if you have time and it’s easy enough, can you make rgb2pca a thing (with configurable twist options like in the mixer and maybe even an option for a number of channels?) That would be extremely-useful for all sorts of filters and it would go down a storm in the CSG one.

Since he asked us to describe new filters.

Testing > Modulus Operations
A simple filter which treats image as 8-bit and then apply arithmetic operations, and find the modulus of division by 255.

Question though to Joan, shouldn’t the credit also go to you.

I have seen that in a few places. It is only slightly irritating. I guess it would be nice. E.g., for my darken sky filter, I credited @Carmelo_DrRaw and linked to the thread that inspired it. It isn’t the same as his technique but I wanted to credit him and provide a way for people to give feedback in the future.

I don’t really care about any credit that I get. Sure, it might help to keep track of things so that people don’t falsely associate filters with the wrong authors but I only really came here to show my filters so that I’d get help and others would use and modify them further. I probably won’t be able to support too many people having issues with them either; I would like to remain a hobbyist.

@Joan_Rake1, a really convenient thing for me would be that you fork the gmic-community project: 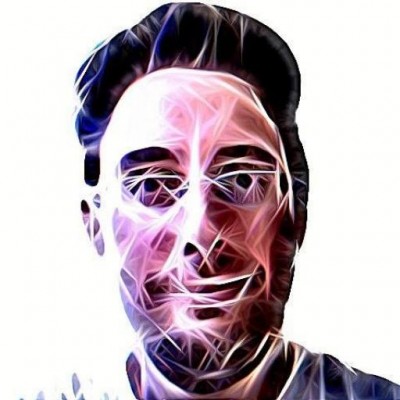 Community contributions to the G'MIC software. Contribute to dtschump/gmic-community development by creating an account on GitHub.

and then, create pull requests when you’ve done modifications to your .gmic file, located in include/joan_rake.gmic. This way, I could update it more easily (and thus, more often !).

I can do that if I learn how to use GitHub. I suppose it’s easy. I hope.