I’ve been using both GIMP & Rawtherapee (RT) to develop digital photo images. RT is used to develop raw files from the camera. Typically trying to get the image right with RT and then use GIMP for sizing to print and possibly adding text which may include some kind of border.

However, GIMP has a tool referenced by Color>Levels which has this somewhat remarkable one button feature referred to as “Auto Input Levels”. Because this very often makes an improvement I always exercise it in order to see what results. I’m sort of thinking that RT should be able to do something like Color>Levels but I haven’t figured out how.

Anyway I do pay attention to the clipping indicators in RT when developing the raw file, which is something that I think GIMP should have but, if so, I haven’t yet figured out.

Even though GIMP Levels tools produces a result that looks good on my display screen if I take the result back to RT it often reveals some extensive clipping. 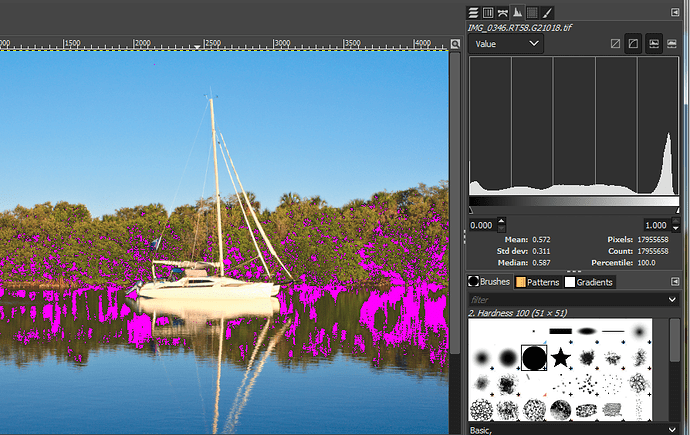 and then using RT as follows: 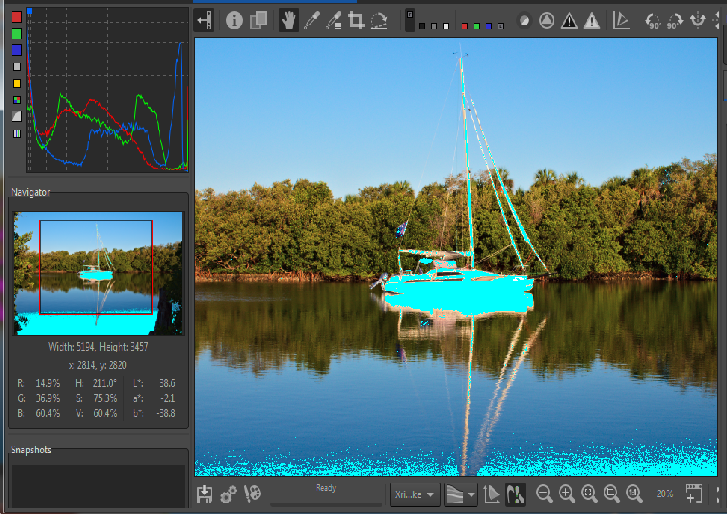 I’m confused! They seem to be offering completely opposite interpretations. I am a novice but what have I done wrong here. Which one is correct?

My apologies! It looks like I misunderstood how RT soft proofing works. As can be seen in the RT screenshot I didn’t have soft proofing enabled. My mistake was thinking that the button used used to “Highlight out-of-gamut pixels” pertained to soft proofing but I now think it only pertains to soft proof profile if the “Soft Proof” button is also selected.

A more accurate depiction of the image file soft proofed with RT follows: 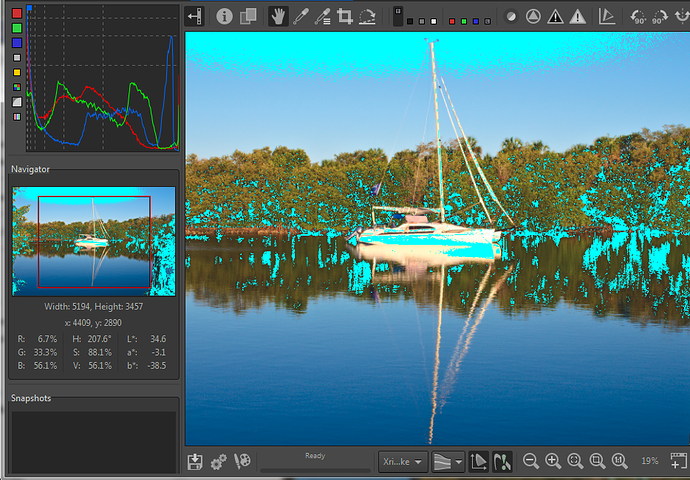 While it still differs from the GIMP interpretation, it is now sufficiently similar that I would NOT refer to it as inconsistent. It would still be nice to know why some of the sky and boat is considered within gamut by GIMP but NOT RT but I suppose the answer might simply be different code producing slightly different results. It still begs to know which is more correct?