Today, we released a new version (numbered 2.6.6) of G’MIC, including minor bug fixes (mainly better accuracy for the rendering of polygons and 3D objects), as well as a new filter Patterns / Symmetric 2D Shape in the G’MIC-Qt plug-in for GIMP/Krita/Paint.NET, which allows to draw polygons with various shapes on images.

To me, this version seems to be quite complete and stable. In the near future, we will continue fixing small bugs and maybe add some minor features (e.g. new mathematical functions in the expression evaluator), but probably nothing really outstanding.

We reached a point where major changes in G’MIC would require an investment of time that we unfortunately do not have anymore.

Of course, there are many ideas: We would like to add deep learning-based algorithms into G’MIC, rework on the interface of the G’MIC-Online web service, or make the G’MIC-Qt plug-in work better for Krita (this one needs attention because not all input-output features of the plug-in are implemented yet). We would also be super excited by the idea of integrating G’MIC-Qt into other open source software (Blender, MyPaint, Kdenlive, etc.) to provide them with a set of hundreds of ready-to-use image processing filters.

But the reality is that we do not have the human resources to do this.

For more than 10 years now, Sébastien Fourey and I have been developing the G’MIC software with passion, to provide everyone (photographer, illustrator, scientists,…) with powerful open-source software for image processing. As you may know, we have not counted the coding hours, partly carried out at the GREYC laboratory in Caen / France, but also (let us not hide it) at home, until unreasonable hours of the night. 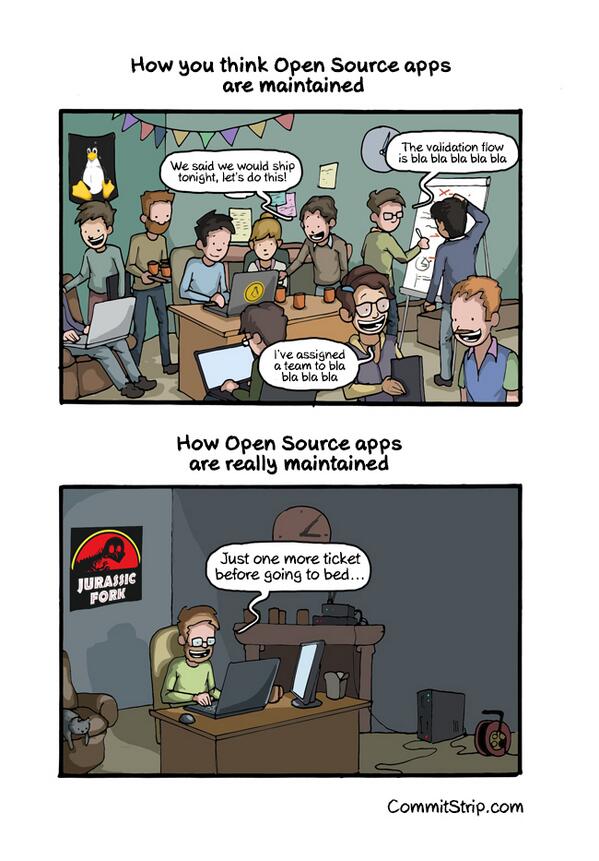 For my part, I think we have produced a significant software in the (narrow) field of “non-interactive” image processing. The possibilities of G’MIC are almost unlimited, since it integrates its own scripting language which is sufficiently complete to allow developments in many sub-domains of image processing (and here on the forum, I’ve seen many original contributions! Frankly, who still needs Python to do image processing

On the Internet, it is easy to find images where G’MIC has been useful, for image enhancement (noise reduction, contrast and color boost), assistance for drawing or colorization, video creation, etc. I use G’MIC daily in my research activities, to develop new concepts of algorithm, implement them, generate complex visualizations, etc. And I can say, this is a really useful piece of software! For instance, all algorithm implementations and figures appearing in my latest research paper have been done with G’MIC.

Since the beginning of G’MIC, I got support from the GREYC (my research laboratory) as well as the INS2I institute of the CNRS (INS2I even financed Jehan Pagès’ work on G’MIC + GIMP during one year). I can never thank them enough. G’MIC has become more or less one of the laboratory’s showcases in terms of software development,
and I frequently make demos to visitors or on trade show stands, with a great pleasure. 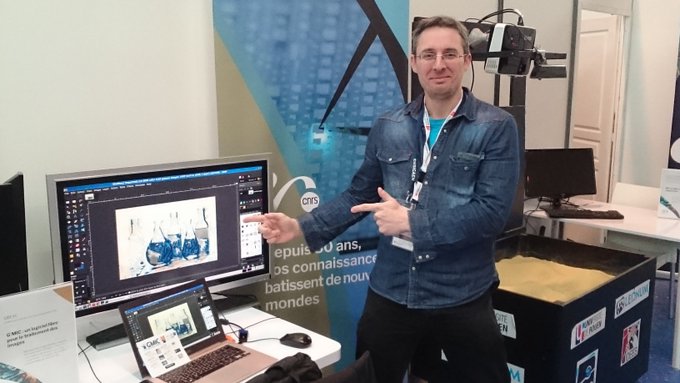 But maintaining and developing free software like G’MIC is almost a full-time job, and Sébastien and I have other important side activities in our laboratory that we must focus on: Research (mainly writing publications and promoting them), teaching (courses at the ENSICAEN engineering school), supervising students (Master or PhD level), seeking funding, etc.

In short, I am personally at a stage where I feel I now have to focus on other important aspects of my research work, to help my career progress.
Nevertheless, I managed to write and defend my Habilitation à Diriger les Recherches (HDR) last October, while continuing to actively develop G’MIC. But I can’t keep up this pace indefinitely (after all, a day has only 24 hours

). I have many other projects, that are on stand-by for the moment, in which I would like to get involved.

At the beginning of 2019 and with the help of the LILA association, we had set up a donation page for the G’MIC project in the hope we could be able to finance an intern to work on the software from time to time, but the donations collected are far from allowing it (it will eventually help us extending the gmic.eu domain name for an additional year). Of course we know it is difficult to raise money to develop free software, especially for software like G’MIC specialized in a narrow field, so we’re not completely surprised.

To summarize, we will probably take a break from the development of G’MIC for the next months, and mainly take care of its maintenance.
The time saved will allow us to develop other research activities (publications, supervision, and so on).

And if, in the future, we can find more substantial funding and/or contributing developers, we will be able to reconsider the addition of new major features into G’MIC. We’ll see about that!
By the way, I would like to thank all the contributors (and there are many of them) who have helped the project in one way or another. You have allowed the project to evolve in a positive way to where it is today.

For the time being, I may simply suggest you update your G’MIC with this very nice 2.6.6 version! Of course, we’ll keep you informed of the project evolution as soon as we have any news!

All the best @David_Tschumperle. Being a researcher myself I know the pressures of publish or perish environment. A magnificent effort in developing G’MIC

. Cheers mate and here’s wishing you all the best again for the “responsible” phase of your life

Not the best news for G’MIC perhaps, but I hope a bit of a relief for yourself

Such a massive amount of work and ingenuity in such a small program/library, you can surely be very proud of it. It’s going to be difficult to tear yourself away I bet!

It’s going to be difficult to tear yourself away I bet!

That’s not the plan actually

As long as I’ll continue to use it for my own research, be sure I’ll cherish and take care of it!
(I’ll just probably slow down developing new features and filters requested by others, sorry about that!).

Many thanks for this wonderful piece of software ! I use it since the time of GreyCStoration and G’mic (for Gimp) has become an essential element of my photographic workflow.

I know you have spent over the years a zillions of hours on gmic and that deserves an enormous respect. I can image though that one has to makes choices in life, after all scientific research has priority over the gmic project of course.

I wish you both all the best in your post-gmic life, and one more time many thanks !

Best of luck with all your endeavours, thanks for the best software EVER!