I need to report a certain progress. After learning basics of the scene referred workflow, I can handle most pictures no problem now. Both on my XT1 and A7C. My typical approach is, when I am not happy with out of camera jpeg, I use it as certain reference and work on raw to get to levels I want. However once a while I run into situation when I just cannot get raw to being even close to jpeg. I am attaching the mystery pictures and asking for a rescue.

Now in this specific example, getting to even basic colors seems to be impossible. Not sure if is vibrance or saturation of especially green leaves and flowers. Would appreciate a basic edit.

Are you using the default input profile from DT or your own ICC…any calibration of monitor or camera??

Thanks for the challenge!
I couldn’t get it quite the same as the jpg. Those yellows on the flowers in the jpg are classic ‘clipped’ yellows and dt doesn’t really ‘do’ those. At least with me.
What do you think? 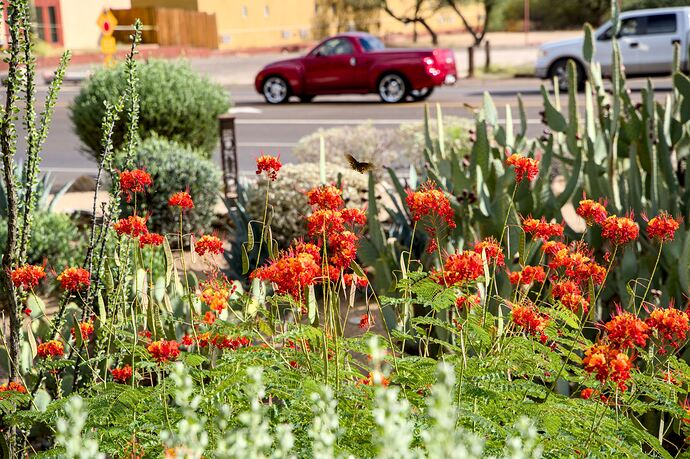 My jpg export looked different from the view in dt… not sure why. I’m not good with colour management.
I tried changing output color profile to adobergb to try and it looks better. 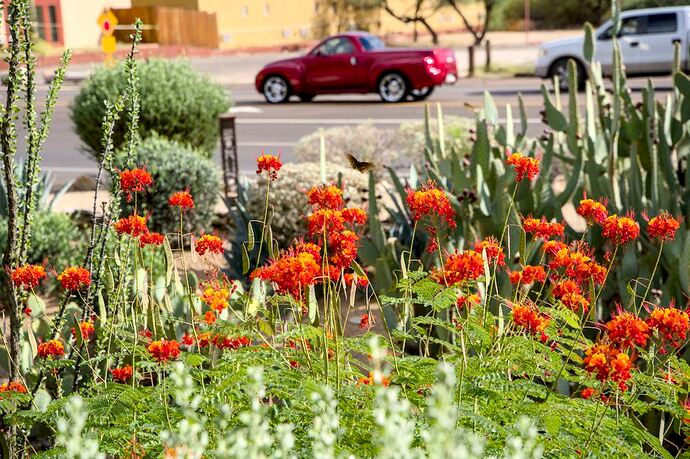 I have the same problem with my Sony a7M2.

Which tool do you use to get the correct white point? And do you know why darktable fails to get it properly?

I think its just something with rawspeed and I think its being worked on but its eazy enough to check…exiftool…
Are you on WIN or Linux??

The base curve and a few tweaks gets close I think… 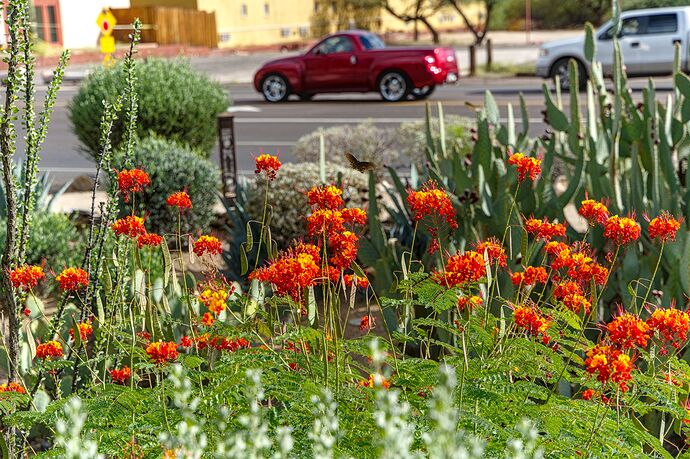 Are you on WIN or Linux?

Both, but mainly Linux 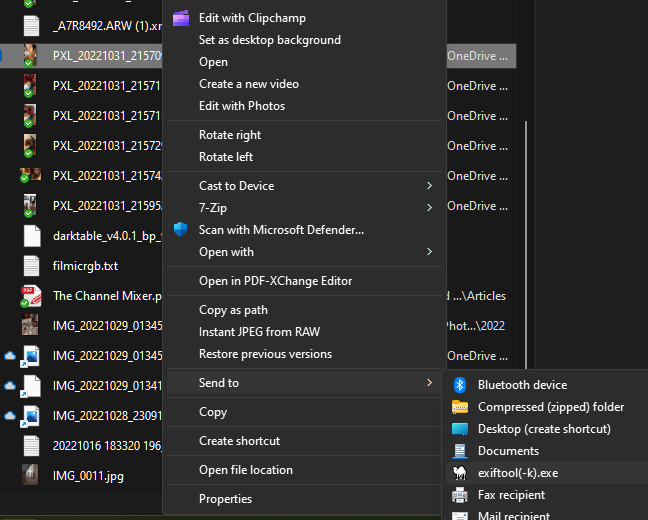 I think also xnview is available for linux and it has tab that uses exiftool to display the data as your browse… Powerful Image Viewer· XnView MP | XnView.com

Linux guys will likely give you better advise

Any chance you have a color card??

No, I still don’t have one

Thank you for all insights and edits. I need to study it further. Steven’s edit is closer and Todd’s closest (but takes several seconds on Mac M1gen1 to render). I attached cropped/combined image including out of camera: 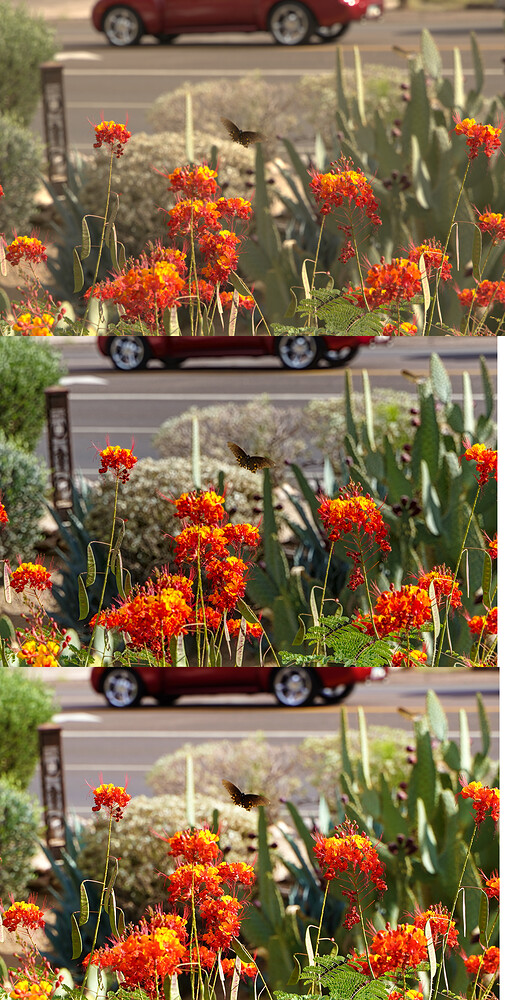 Being just a hobbyist I do not use a color card. I am just intrigued by Sony’s color science, how they automatically achieve such results.

Also, colors on that attached composite image generated by "
convert" from exported jpegs in max quality match those in DT no problem. 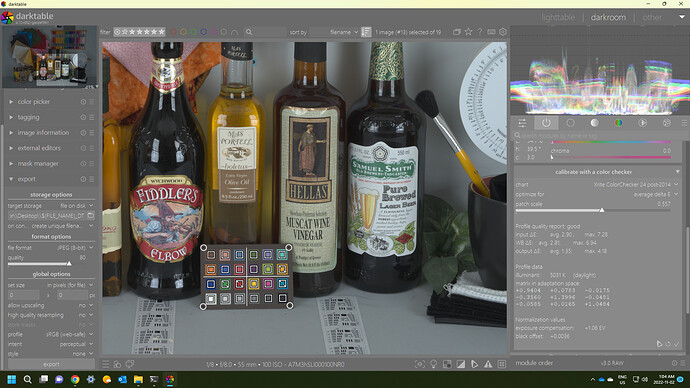 So applying and changing default exposure to the calculated value of 1.06 gives this image…

No filmic or other modules are in use here just modern WB. There is a nice improvement in the accuracy… 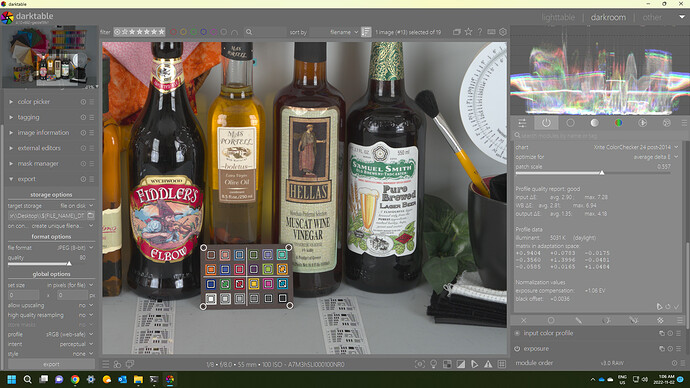 If you want to try it you can import the preset and try it…again most accurate at 100iso and ~1EV…
channelmixerrgb_Sony Iso 100 1.06 EV.dtpreset.txt (1.1 KB)
Rename before importing by dropping the txt extension…

I have the same problem with my Sony a7M2.

Which tool do you use to get the correct white point? And do you know why darktable fails to get it properly?

It also happens with older models (I use an A68, for which exiftool also reports a white point of 15360). Sony puts the white point in the makerdata section of the metadata. That part is poorly (read: “not”) documented and not always fully read by the libraries involved, or dt doesn’t know which tag to ask for.

It seems that the correct white point is always 15360, so it’s easy enough to create an auto-applied preset for the “raw black & white point” module with that value (I limited the preset to my camera model, but it looks like the same preset would be valid for most or all Sony models) 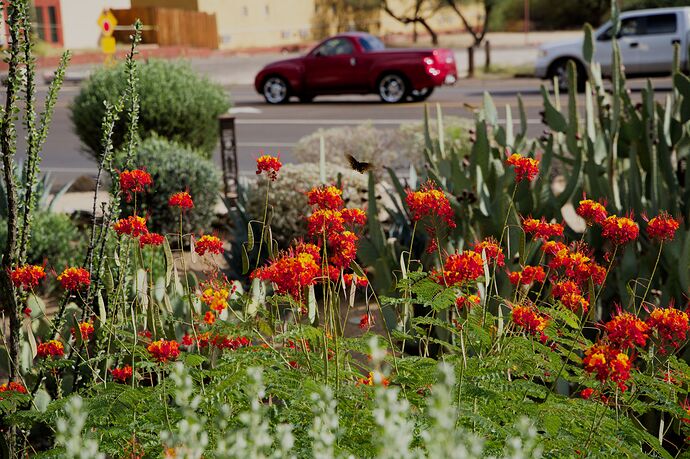 @priort a lot of thanks for the advice with the exiftool! I’ve jus tested it and the images look better! Now I regret to have bought a C1 license

Being just a hobbyist I do not use a color card. I am just intrigued by Sony’s color science, how they automatically achieve such results.

It’s actually because they were computationally lazy and did a per-channel lookup with their tone curve. It’s a common practice, but has a flaw known as “hue twisting” - most of the time you don’t see it, but sometimes it causes weird behaviors and that’s the #1 reason why some people complain about “sony colors”

The new sigmoidal tone curve module written by @jandren is pretty close to RT’s “Film-Like” mode in its hue/saturation behaviors, but with some additional tweaks/improvements. To use it you’ll need to run a build that is the absolute latest and greatest dev build from git.