In 2017 I was contracted by Pursuit (formerly Brewster) to provide ten of my father’s historical images of the Columbia Icefield for a permanent wall display at the Icefield Centre. Since some of them were to be printed over 10 feet (3 m) wide, I needed to shoot multiple images on each shot with my Nikon D800, and stitch them together in Hugin. Work done entirely on open source:
Kubuntu, RawTherapee, Hugin and Gimp.

Here’s one of the shots, which I digitized from the original 3x4 inch B&W negative… The skier is Gertie Wepsala, the Canadian women’s downhill ski champion during the late 1930s. This was in 1939 while she was summer training for the 1940 Olympics. Just weeks after this shot was taken, WWII broke out, cancelling the Olympics and ending Gertie’s Olympic dreams. 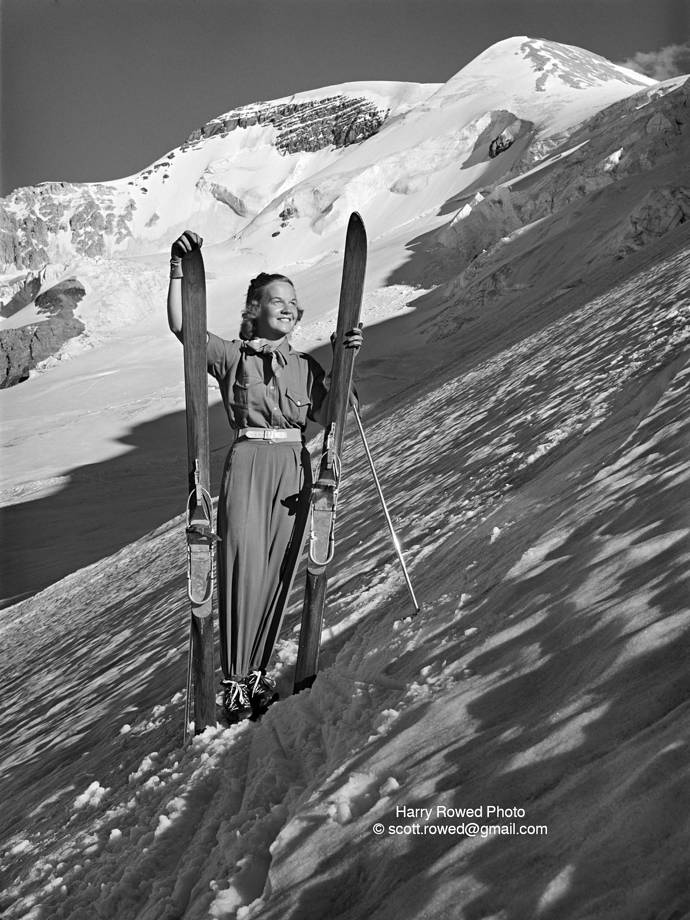 Your father’s photographs are so cool! I’m glad you’re working to help preserve and distribute them so others can enjoy.

More of these images on this website I put up. https://harryrowed.ca/