I have an issue opening some of my .RAF (lossless compressed) format files from my Fujifilm X-T4. There is a strange crop applied to some of my images when I open them in RawTherapee. I do not have this issue with alternative Raw processors using the identical image file. I cannot discern a pattern as to what is causing this issue as It only happens to some images 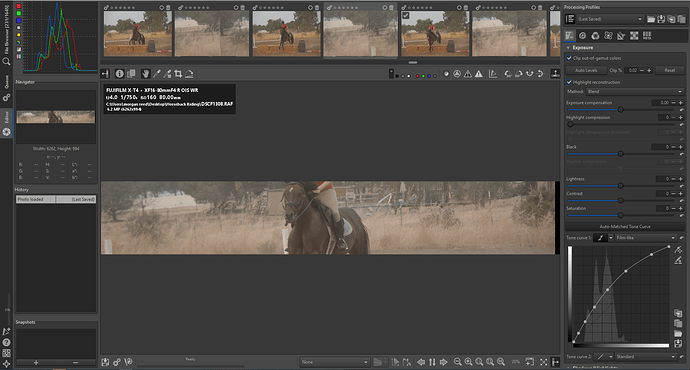 It seems similar to the issue described in this post: Issue with opening RAF (Fuji) raw format files in RawTherapee, however, as I am on version 5.8, updating RawTherapee is not a viable solution.

Any help would be much appreciated.

as I am on version 5.8, updating RawTherapee is not a viable solution

It’s good you found the other thread. Really the only way to solve this issue is to wait for 5.9 to be released (no concrete date yet), or to use a nightly build from here: Release Automated Builds · Beep6581/RawTherapee · GitHub
The issue has been solved in those. See here: Partial decoding or wrong dimensions of X-T30 files · Issue #5709 · Beep6581/RawTherapee · GitHub