I captured these scenes two nights ago in the south of Sweden - the first photo was about 20 minutes before sunset, the second one about 10 minutes after. I used #software:hdrmerge to combine the brackets and #software:rawtherapee to process them. 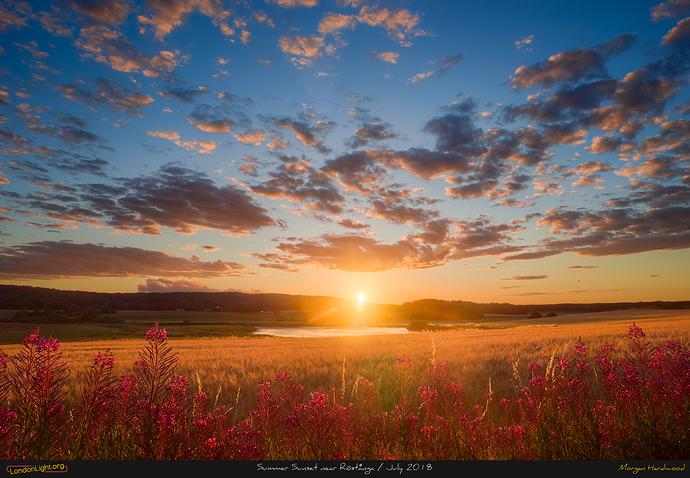 As the sun dipped below the horizon the golden color faded from the clouds and for a few minutes they lost their depth. However, another few minutes later they burst into red flame from below. 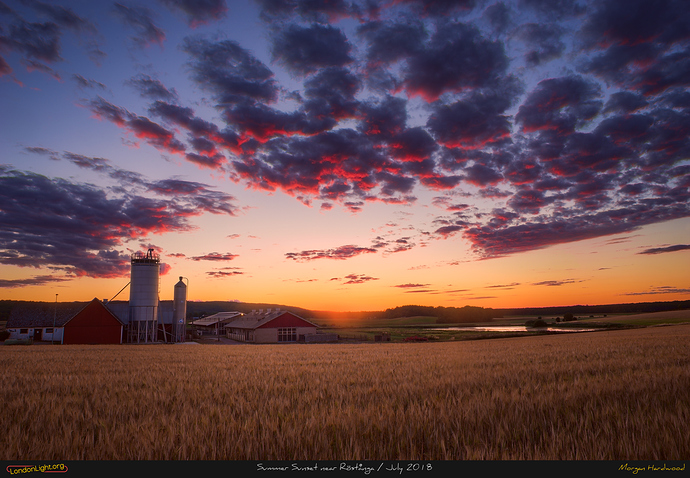 The red in the clouds of the second image is wonderful.

Yowza. Can I come to Sweden?

Only if you stay in Europe afterwards

The red/violet, whatever they’re called, in the foreground of the first image, really adds a pleasant contrast. Very nice!