I have a vision for this photo, but having a hard time figuring out which modules to use. I’m also trying to stick with strictly scene-referred modules.

The sun’s rays shooting through clouds and the reflection in the water look nice. I’m trying to enhance the contrast between the red/orange from the sun vs. the gray of the ocean/sky.

It looks like it might have highlight clipping, but I’m not getting raw over-exposed indication (Sony white point 15630). Could be a perfect ETTR exposure

General feedback on my approach? Things to try different? Ideas to increase contrast between the sun rays and the sky and to enhance the reflection in the water? 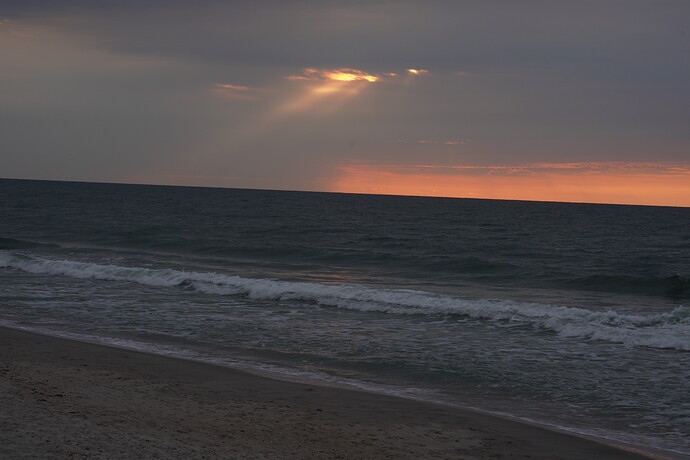 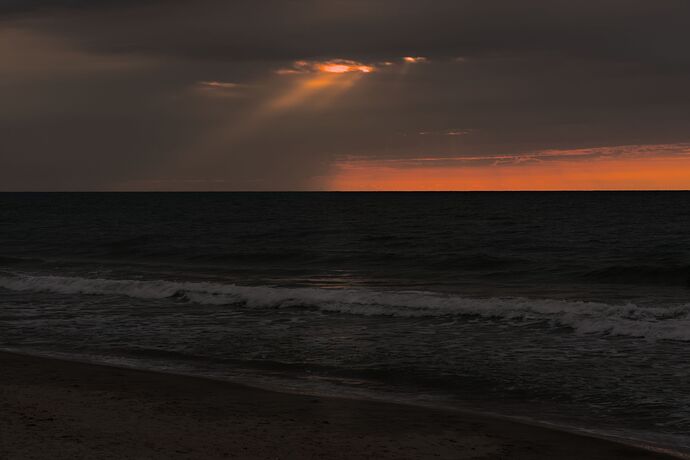 You need to explicitly state the license you want to release your image with. eg. Creative Commons — Attribution-NonCommercial-ShareAlike 4.0 International — CC BY-NC-SA 4.0

Here is my attempt. I definitely broke the rule about scene referred modules. I often like the look that the shadow and highlights module produces. I wait for the day that AP replicates this module’s behaviour in a scene referred way, but in the meantime I often use this module. It gives a different look to the tone equalizer module, which I often use in conjunction with shadow and highlights.

I did a second exposure module to darken the sunlit in the top of the sky, but I blended this using a simple gradient like many landscape photographers would do using graduated neutral density filters. 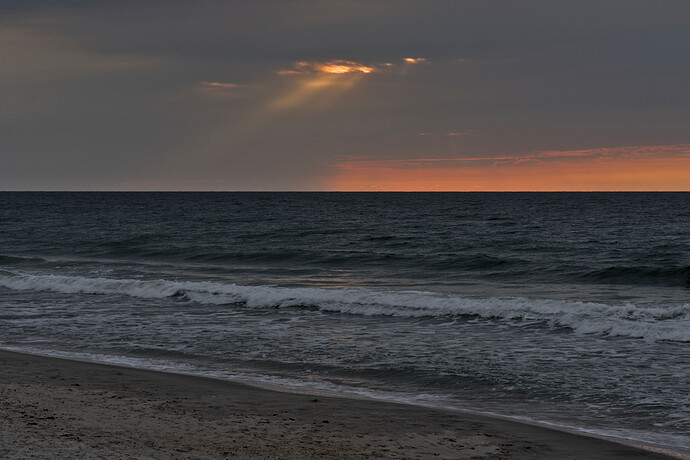 Thanks for the image! Here’s my version. I’m using my favorite method - using the sigmoid contrast slider in per channel mode to provide saturation and local contrast, and tone eq to bring the shadows and highlights back into… range I guess. Apart from that, there’s diffuse and sharpen providing local contrast, two instances of color balance rgb, one masked to the foreground including the waves to add contrast, the other doing mostly color grading (I think). Happy to answer any questions! 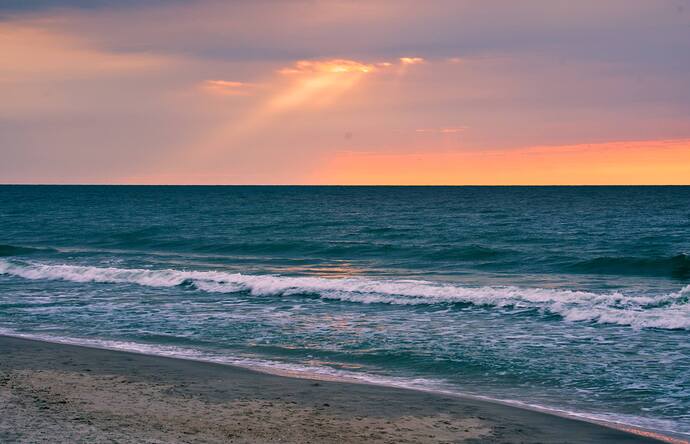 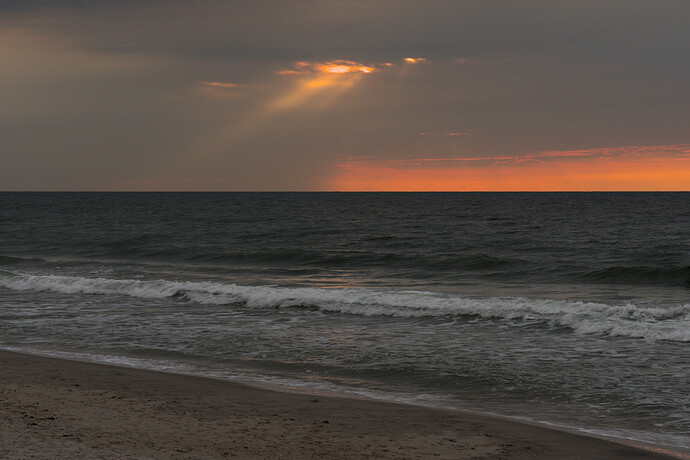 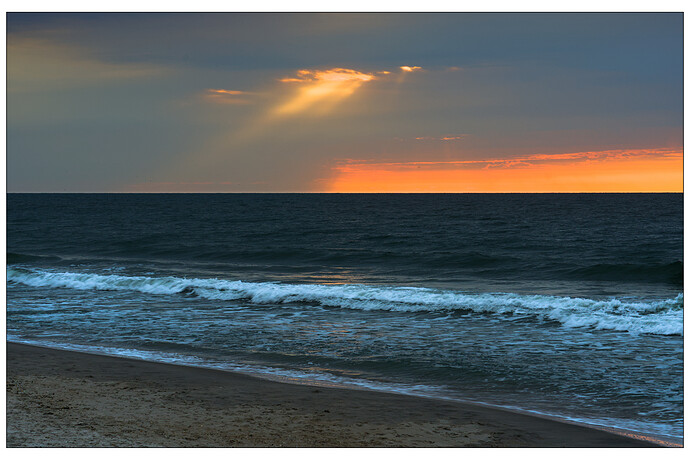 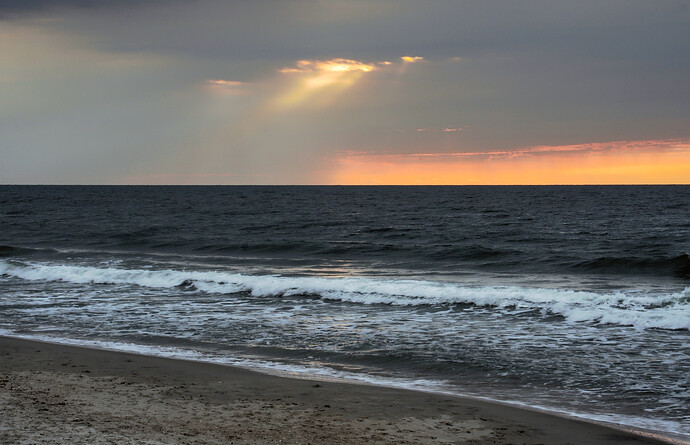 I don’t use the sigmoid module much yet because I have been using filmic for so long it is hard to change. However, when I have used it I notice that it has richer colors than filmic. Desaturation of color has been a criticism people have levelled at filmic before. This sigmoid version has much more orange than the filmic version I posted earlier.

I still committed the mortal sin of using shadow and highlights module. 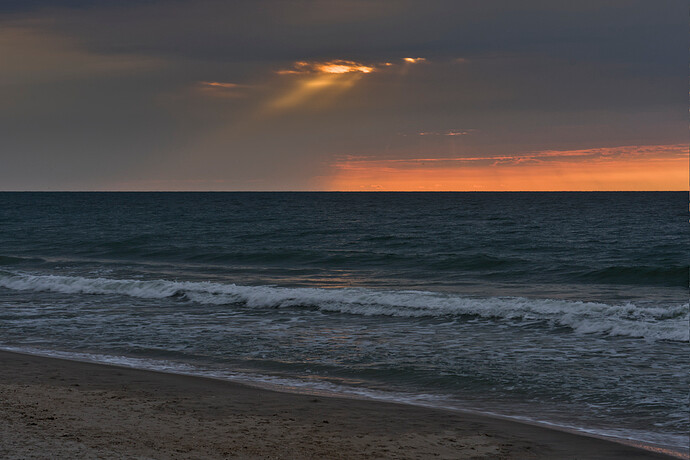 @Terry ,This is great. With this much cloud cover and ~an hour after sunrise, it was dark. I don’t remember monkeying with the exposure compensation. Great job bringing out the reflection in the water and adding blue to separate it more from the sky.

This is all sigmoid’s doing, not mine. I was just the monkey pushing the buttons. Sigmoid brings out more color than filmic, although after filmic you can use modules like color balance rgb to increase the colorfulness. I would have applied a preset of this module by default in both my edits here.

(no offense! use the tools, that give you the results!) 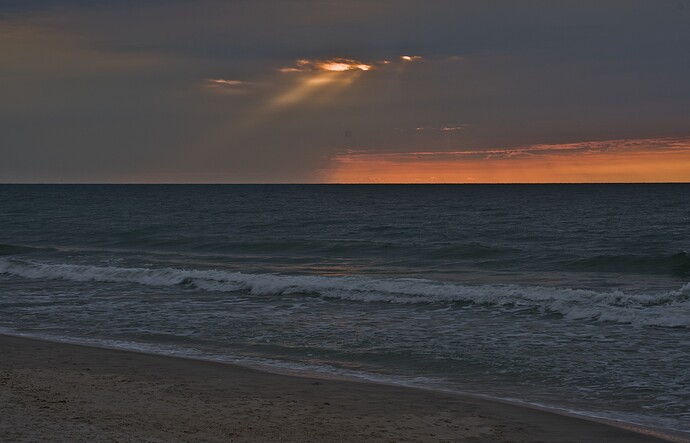 I did not use the S&H module though

There are other options to the Shadow and highlights. I often use tone equalizer. Tone equalizer affects just the brightness whereas shadow and highlights can affect contrast and color saturation in the shadows. I often like the pick me up that S&H module gives. I know that AP is very critical of the S&H module, but it the finally look which counts and not the science behind it. After all the shadow and highlights feature is found in all good commercial software for a reason. But DT just gives so many great alternatives for achieving the same sort of effect.

Your result is very similar. Mine has possibly slightly more color and that may or may not be desirable, but that is typical of the S&H module. 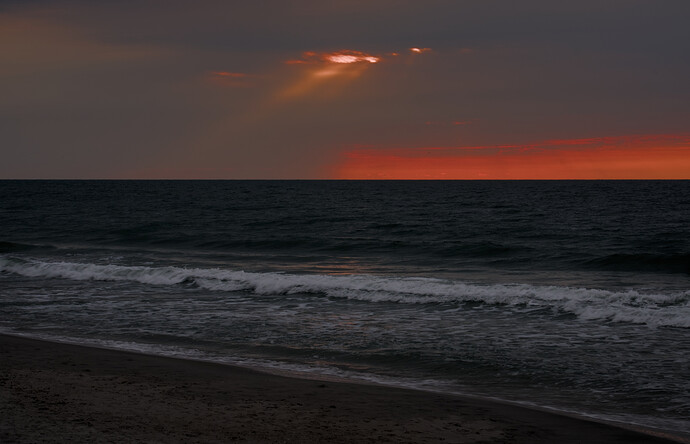