SVG objects with masks not appearing

I am having an issue when reading my vector files into Natron. Any object in the SVG file that has a mask applied to it, will not appear in my project. Natron Knows the object is there, but for some reason is unable to display it. This is just an example file. The stuff I am working with is far more complicated but for demonstration purposes this is essentially the same issue I am having. 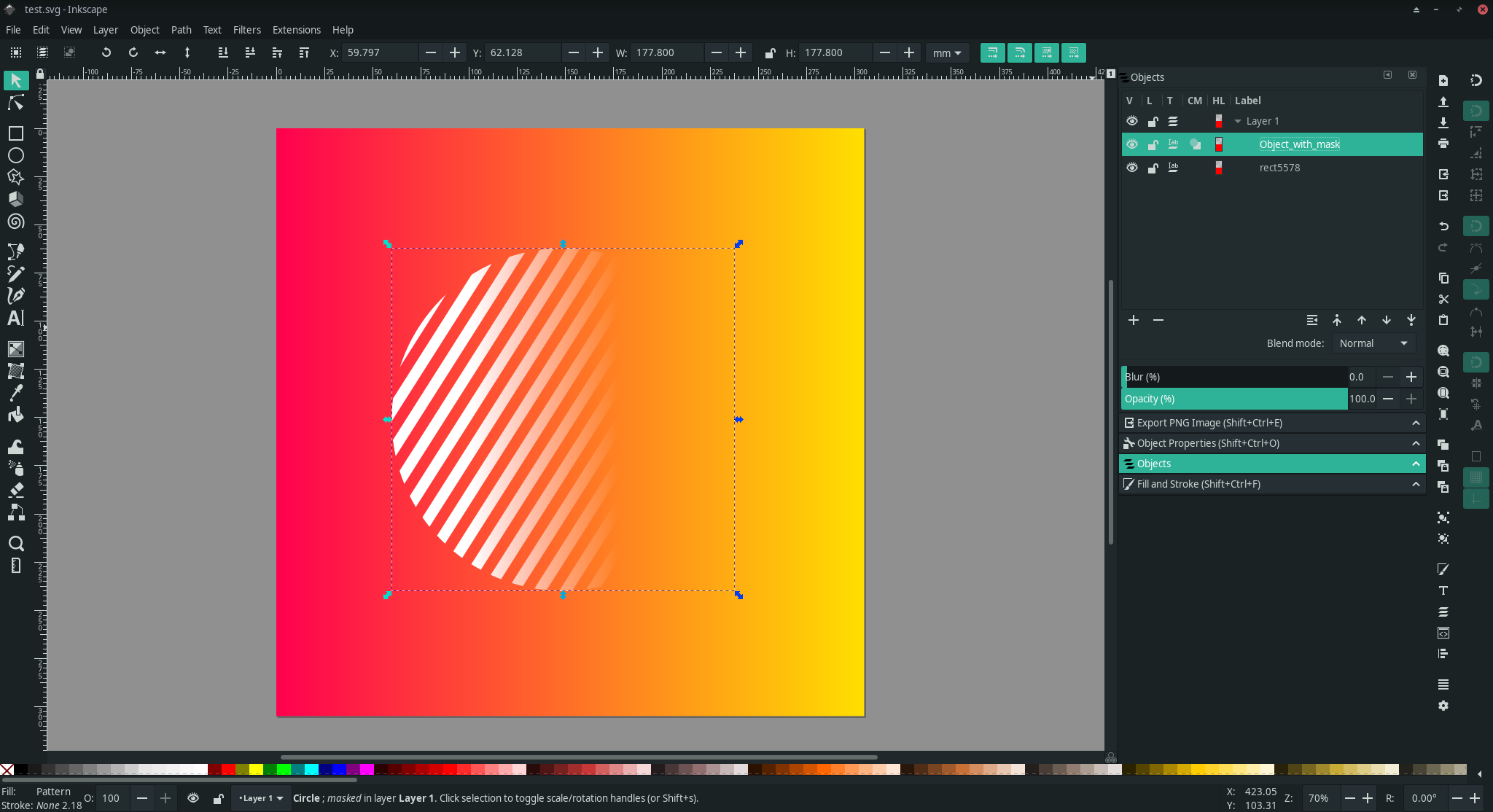 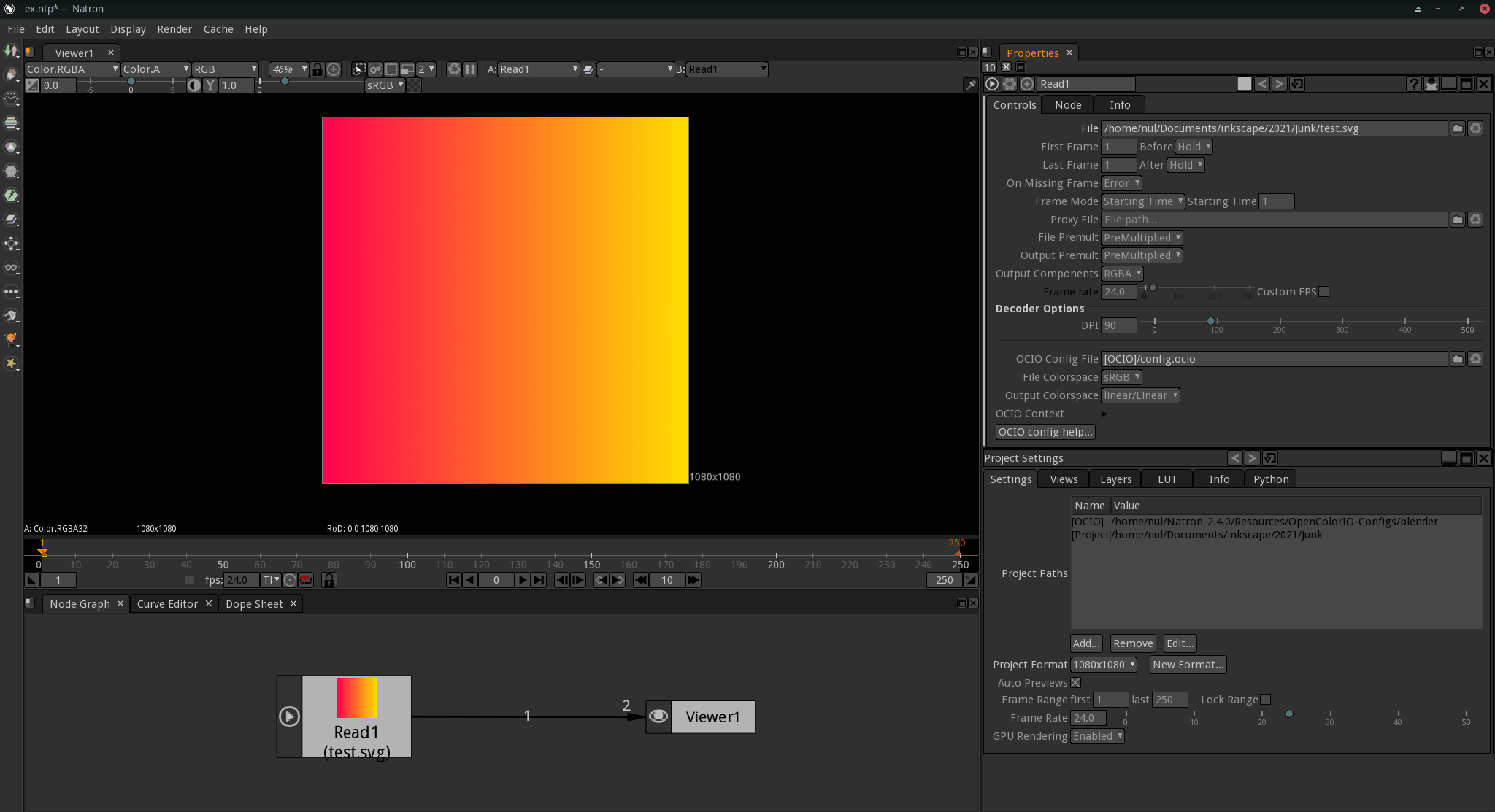 Is it actually even possible to do this? Or is my best option to read in the unmasked object and try to remask it in Natron? I have played around with this idea a little bit but have failed to achieve satisfactory results. I am totally new to Natron so I might just be hoping it can achieve what I want without actually understanding what is going on so if someone could possibly explain what is happening I would be really appreciative. Thank you!

Edit: Just to alleviate any confusion, the circle object and its corresponding mask have been converted to paths before importing into Natron. In case any one is curious I have been using Natron to animate vector art I have designed in Inkscape.

Hey, thanks for the quick reply. I am assuming you are talking about the example SVG? Here it is.

edit: I guess you can right click that and save that icon? However something interesting happened when I shared it… No matter if it is opened in the browser or in Inkscape itself, The object in question in the newly shared file disappeared again… Strange. Perhaps this is a question I should be taking to Inkscape instead.

Try putting the SVG in a zip file and upload.

I just tried opening some other SVG files containing masks into my browser for shits and giggles, and I am indeeed running into the same issues as if I imported them into Natron.

I just tried opening some other SVG files containing masks into my browser for shits and giggles, and I am indeeed running into the same issues as if I imported them into Natron.

I’m note able to read the other layers, they are empty. Natron uses librsvg for reading, might be a limitation in that library.

Interesting, I will investigate this further. Thank you for your time and that tidbit of info.