The colour of bricks with sharing my mistake

I have been playing around with my camera “recipes” more extensively and switched to shoot RAW + JPG. Having such comparison, I was initially really disappointed, becasue we were told so much about darktable’s “sanitized” and precise colours.

To give an example, let’s have a look at the walls made from bricks: 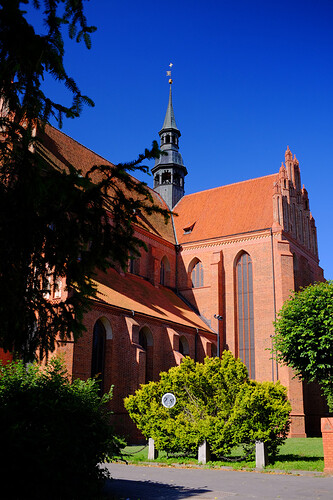 Out of camera JPG, based on Velvia film simulation.

I know it’s Fuji, I know it’s Veliva, so saturated and so on. But darn, the bricks look so good to me compared to darkatble rendering: 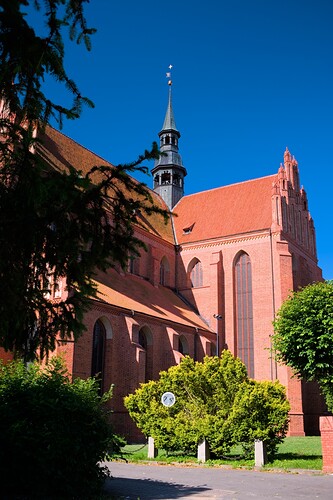 Quite default darktable look, only minor tweaks in Filmic and boosting colours with Colour Balance RGB. 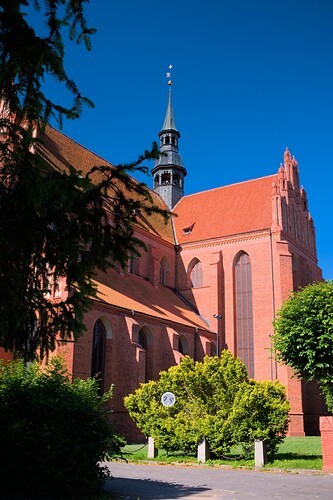 Well, I thought: "It’s just the way it is. Maybe darktable isn’t as solid in rendering colour as it is believed or perhpas my mind is playing tricks on me - the issue of so called “memory colour”. I went few times to carefully check how I see the bricks in different lighting. Everytime they looked warm yellowish, which seemed logical as summer sun was shining on them.

“Hmm… Stuff happens. I know how to change particular colour. New instance of colour balance, parametric mask, hue shift and so on…”

But later, on another image, I happened to click one thing.
It turned out, that trusting the defaults, I was missing the step of checking Colour Calibration module, and to repair the bricks, all I needed to do, was to change from the default: 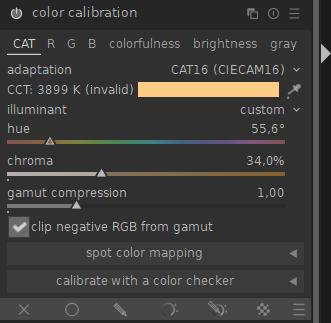 just to Daylight, nothing else: 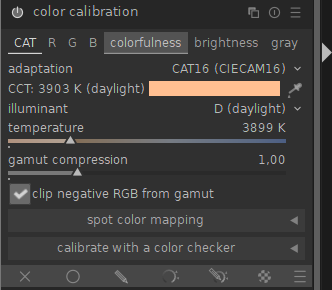 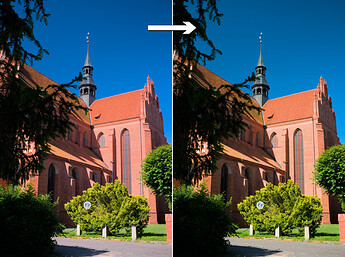 Bottom line: If the colours look off to you, always check the Colour Calibration and try to change the illuminant

The file to play for everyone:

If the colours look off to you, always check the Colour Calibration and try to change the illuminant

But for this image, you know the illuminant: it’s daylight. The only variable left is the time of day, to set the temperature…

You should never use the defaults. The default is just a starting point. The manual explains the developing steps.

Exposure and white balance are needed in darktable and other software outside of ai magic stuff.

Yeah, I know the manual almost by heart.

What is strange though, why Colour Calibration read “custom illuminant” in such a simple scene.

Or why my camera embed that info and CC read it.

Edit:
Yesterday I took two photos one by one, just slightly reframing. One had custom illuminant set by default, the other - daylight.

By default you should be getting essentially as shot wb. If that wb falls close enough along the line to be given the designation of daylight it is…if it is outside that boundary then it gets labelled custom. I am a bit puzzled because switching in and of it self between custom and daylight should do nothing…it will only present hue and chroma sliders rather than the temperature ones…

Some time ago I found that if I set color calibration (and it’s funny, this has to be done manually) to as shot in camera (the default being, strange enough, custom), I get better colours. I now have an auto-applied preset for that, so I forgot about it. Note that it was not applied to my sunflower edits in the other thread, because I didn’t do them on my main PC, which is where I’d set up the preset.

Really good idea with that preset!

It could be of great use to me, as I find my X-T1 doing excellent work with auto white balance most of the time.

I’ll include it to my auto applied preset pack

Do you think this is true for every camera or variable wrt impact or providing a different WB. I find myself doing it at times if the image looks off or is a tough one …just to confirm I am starting from as shot and I rarely if ever notice a difference…I guess just another thing to look at maybe from a selection of playraw images??

In theory, going from any setting to custom should be lossless: custom being able to represent everything the others can, but giving you more control. However, on some pictures, I’ve noticed differences when switching between the other setting and custom. I guess the algorithm is OK, but the limited precision of controls available via the UI results in slight changes.

Fuji’s 16MP X Trans 2 sensor had such beautiful default colors… I understand modern raws have a lot more benefits, but you have to work them a lot more most of the time. Makes me want to get a used X-E2S or an X-T1, but I already have two cameras, more than enough 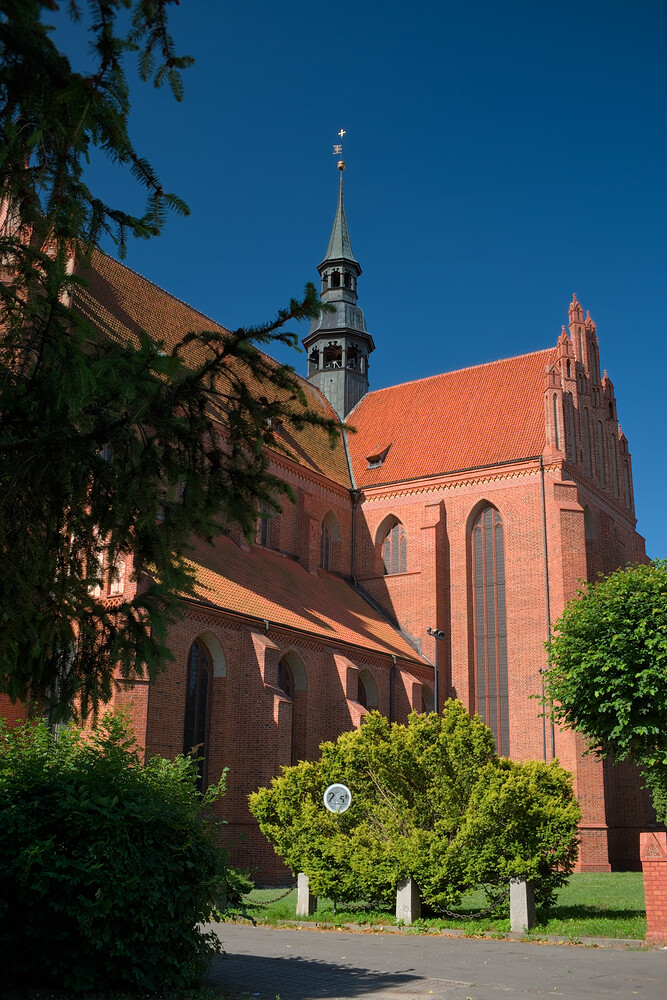 Indeed it had. Still has

What is strange though, why Colour Calibration read “custom illuminant” in such a simple scene.

Or why my camera embed that info and CC read it.

Edit:
Yesterday I took two photos one by one, just slightly reframing. One had custom illuminant set by default, the other - daylight.

How does the color calibration decide the illuminant? I see only one way to do it (other than the user pointing to a part of the scene and basically saying “this is neutral gray”): pick the illuminant so that the (weighted?) average over the whole scene corresponds to neutral gray.
So a scene with one strong predominant colour will get an illuminant neutralising that colour.
Same in a scene with an average colour: that colour will be neutralised…
Whether the scene is simple or complex doesn’t matter.

Slightly reframing the shot can change the balance between different parts in the scene, so one is within tolerances for daylight WB, the other isn’t (there’s a hard cutoff…)