The Myth of the Exposure Triangle

A good explanation doing away with the appalling, false notion of the exposure triangle.

Oh, this guy is so totally wrong. Of course, he gets some concepts correct, but draws some wrong conclusions, and he gets some technical details wrong, while he is nitpicking about the use of technical terms that are not as clearly defined as he makes people think. Here are some examples:

Only starting after 25 minutes of click-baity ranting, he relativises and sais the truth: The exposure triangle is a learning aid and one should not bee too dogmatic about it. The second half of the sentence I interpret as one should also teach the other stuff (e.g. ND filters, use of flash, etc.), but that does by no means reduce the usefulness of the exposure triangle. Only when it is used correct, of course.

Edit: I forgot to mention that what I wrote above does not say that concepts such as ETTR are not valid, they are indeed, but in my daily practice I have hardly the situation of too much light, such that ETTR is simply no option given that I want to control depth of field and motion blur.

Plus, I added the AD conversion to the text above to make it more clear.

While the triangle isn’t perfect, it does help people to understand the basics. I think this guy’s model of moving a target up and down a wall fails worse than the triangle.

model of moving a target up and down a wall fails worse than the triangle.

Especially, it may make people think that noise and signal are separate things. But noise eventually is only a deviation between actual value and measured value, whose behavior over a large number of samples may be described statistically. Given the wall target analogy, one may grow the grass on the arrow to shift the model closer to what actually happens

Yes, the triangle is not perfect, especially as people tend to interpret more into it than it actually is. But after such a rant, I expect people to come up with something better, what is not the case in the video, as you mentioned.

I can’t lie… I watched five minutes of this, said “what is the point?”, looked at the run time of 26 minutes then stopped watching.

I watched five minutes of this, said “what is the point?”, looked at the run time of 26 minutes

For some reason, I hit that same point and pressed on regardless. I thought, “maybe there’s some nugget of value coming up”, but at the end I realized I had just lost 26 minutes of my life.

I rarely watch videos because they are time consuming[1]. It is easier to skim words than scrub a video.

@vato What did you find compelling about the video? Seems to be a consensus that it is bogus.

[1] Unless it is by our awesome forum members, in which case I would watch one or two of them time permitting.

I taught computer science for a while, and I found a simple explanation of the mechanism usually communicated better to more people than an analogy. Indeed, I’ve observed folks confounding people with “creative” analogies.

The exposure triangle attempts to put a frame of reference to the relationships of mechanisms at the apexes. One of those, “if you scooch this setting, the other setting needs to be reversed-scooched to make a Correct Exposure” relationships. The thing that seems to rile up folk is the inclusion of ISO, because it doesn’t have the same relationship to controlling the light as the other two. Indeed, it may be the root of a lot of “ISO 6400 is quite noisy” assertions - the ISO setting itself isn’t particularly noisy, what it does is allow one to make an observable picture with less light, and it’s the “less light” thing that manifests the noise, putting the measurements around and under the sensor’s noise floor.

FWIW, learn the individual mechanisms of aperture, shutter speed, and ISO amplification, and you won’t need a triangle to grok their relationships.

Agree. I would say that if the person has an audio background, a volume knob is a really good audio analogy to ISO.

Of course you can reduce light with an ND filter, but that has no side effect, so it does not make sense to have it in the triangle.

He is videographer. I suppose this is the reason why ND filter is part of his mess. ND filters are frequently used in video making. If you want to shoot your video at shutter speed 1/50 s, employing ND filter is the only way to expose properly in bright day light. Faster shutter speed will give motion blurlessness you don’t want, dimmer aperture will lead to too large dof and/or bad image quality and ISO you cannot get low enough.

General advice how to set ISO in camera, what to do in post instead, is next to impossible give if you do not specify the camera model used to capture the image. There are 3 common cases which are:

There is also a practical reason to rise ISO in camera to a decent level if necessary: the preview images. Otherwise you cannot really examine images on location and at home you have to first process full size jpegs from raw images.

I think the video is a bit provocative and lengthy but not really wrong in content.

But when I saw this video,I asked myself again, what the iso setting really does. I have read different things about it and only the camera manufacturers might know the whole truth

Perhaps the hardware experts here can shed some light on it. Especially, I would be interested to know, if the analog signal in any digital camera is influenced by the iso settings. The second question would be what exactly happens between the A/D conversion and the saving of values as a RAW file regarding the “gain”. For example, I have read that the raw digital values are multiplied iso-dependently, so that a better “digital resolution” can be achieved with respect to low and high signal conditions. In my opinion this would only make sense, if the dynamic range of the sensor is higher than the stored intensity values (e.g. 12 or 14 bit) allow. Otherwise, different iso settings, while manual locking aperture and exposure time, would deliver exactly the same final result.
I hope my technical babble is understandable

The exposure triangle has been around for a long time for a reason. It works. This video is more noise than signal.

Especially, I would be interested to know, if the analog signal in any digital camera is influenced by the iso settings.

Bill Claff has preserved an article by Emil Martinec (physics prof, UChicago) that has a couple-of-sentence description of the general operation of a digital imaging sensor:

Scroll down to “2. Sensor read noise”. Spoiler: “After the exposure, the accumulated photo-electrons are converted to a voltage in proportion to their number; this voltage is then amplified by an amount proportional to the ISO gain set in the camera, and digitized in an analog-to-digital converter (ADC).”

Now I’ve read assertions by others that some cameras do the ISO amplification after the ADC as a digital multiplication. Thinking about it, with high-bit-depth readouts (>= 12bit), I don’t think there’d be a keen perceptible difference in the outcomes of the two methods. That’s the deal, though; an analog gain can be more precise than the quantized result of a binary multiplication…

The analog amplification (ISO) is aimed at adapting the signal voltage range to the input dynamic of the ADC.
If your ADC output use only a few bits You will add a quantization noise to the signal noise that can be viewed as posterisation on sufficiently uniform areas.
Post ADC multiplication cannot bring any benefit. I think it is part of post processing done inside camera to generate a jpg.

As thouroughly explained in the paper of Emil Martinec, it is better to increase exposure than to increase ISO.

Thank you very much @ggbutcher for the link. So, to answer my own questions

, there is definitely an analog amplification depending on iso. However, there might also be a multiplication of data after ADC, e.g. for Canon cameras extended iso (which seems more or less useless).

As thouroughly explained in the paper of Emil Martinec, it is better to increase exposure than to increase ISO.

@gaaned92: Yes, maximizing the amount of light (avoiding saturation) is the best way to increase S/N ratio. I always try if possible

. Howver, I found it interesting, that Martinec states, that if exposure can not be changed, one should use the highest iso possible without overexposure. Although, there might be no benefit on very high iso depending on the camera.

For example, I have read that the raw digital values are multiplied iso-dependently, so that a better “digital resolution” can be achieved with respect to low and high signal conditions

Do you have a link to that? I cannot really understand what could be a better digital resolution.

Some readings I found 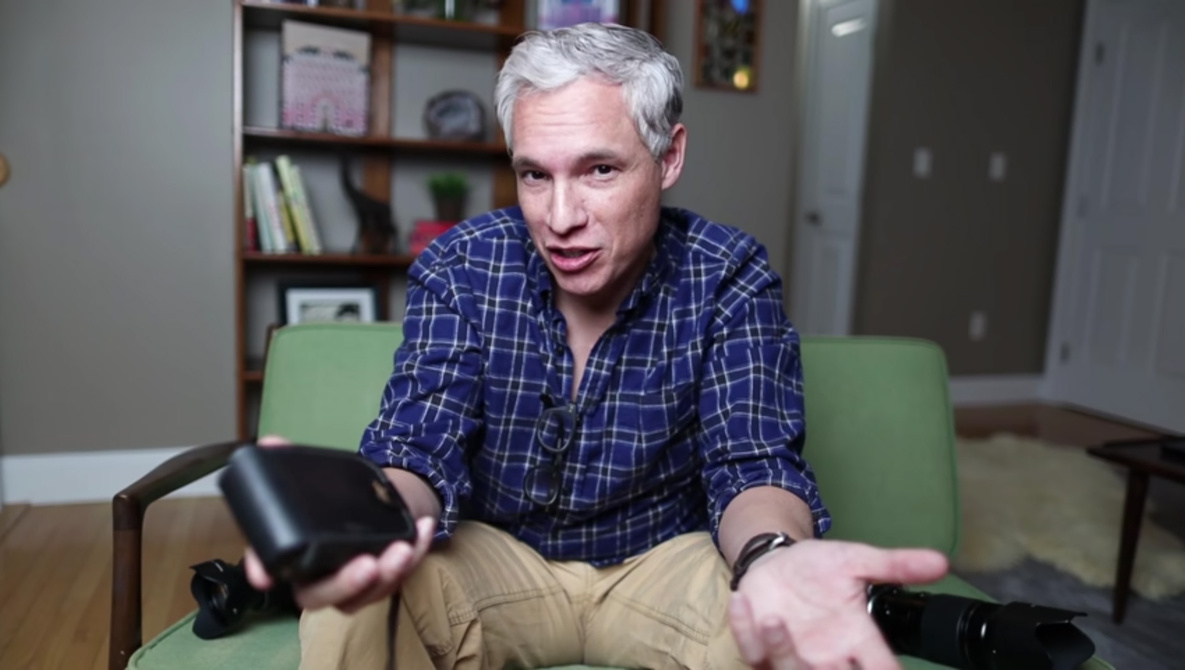 ISO is known as one of the exposure factors. The higher the ISO the more brightness. Camera manufacturers are even boasting about how high their ISO is going when they want to sell you a camera.

It depends on the camera in question, the build quality and the state of the circuitry. In general I am comfortable to a certain ISO limit because I know my camera and processing.

Do you have a link to that? I cannot really understand what could be a better digital resolution.

Unfortunately not. I can not remember where I read this. For me it sounds illogical, that’s one reason why I asked here.

Thank you for the video link. This partly contradicts the Martinec paper. While the former says, there is an analog pre ADC amplification and maybe some digital post ADC multiplication, the video states there is only post ADC manipulation.
I suppose it may depend on the camera model, with newer cameras tend to be “iso invariant” and only use post ADC multiplication.
Here a link to an overview with regard to “iso invariance”. I will also test my camera with regard to noise at different iso settings.

I found a good review on the topic here, but it is written in German. This paper claims that there are different types of sensors around, some of the newer ones “iso invariant”. In these sensors the ADC is done directly on the sensor chip without only analog gain amplification according to iso setting. Some of these sensors are not totally invariant but have for example two internal settings. The author discusses advantages present and not present when using these new high dynamic sensors.
I also learned, that my “low-end” Canon camera is definitely iso variant.