Which parameters should I use converting my tiffs (with RawTherapee or dcraw) to ensure my hdrs are properly linearized and the colorspace (RAWs are in AdobeRGB) is handled correctly? The hdrs will be stitched into a spherical panorama used for cg lighting purposes, hence I am worried about accurately reconstructing the scene illuminance.
Preferrably the .tiffs would have a gamma curve applied to make better use of the available bits for underexposed images and improve denoising. What exponent/slope does LuminanceHDR expect for the ‘gamma’ response curve mode?
Also, is there a way to write compressed .exr files from the command line?

thanks for your help! 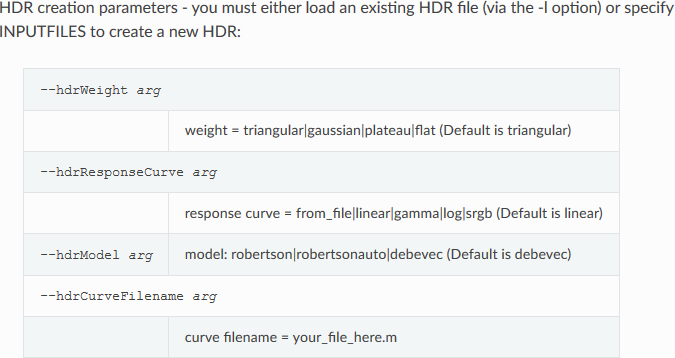 It is kind of confusing because I can’t tell whether linear is referring to the input files or the tone mapping. Based on the flow of text, I am leaning toward the input.

Yeah, I already use the hdrResponseCurve arg. but still cant get convincing results.

By that I mean I still fail to create a hdr image that I can reproduce the unclipped exposures from (for validation). With photomatix this works perfectly out of the box - it seems to read the response curve from the embedded .icc profile. My result with LuminanceHDR is off both in terms of tone curve and color.

The colorspace handling in general is a mystery to me - do I have to stick with sRGB or is there a way to use eg. Adobe1998 as input/output colorspace?

I did dive into the code a bit and found the curve definitions. Gamma seems to use slope 4.0/exponent 1.7, the others are self explanatory. So maybe I’ll finally get at least the tonal range right. 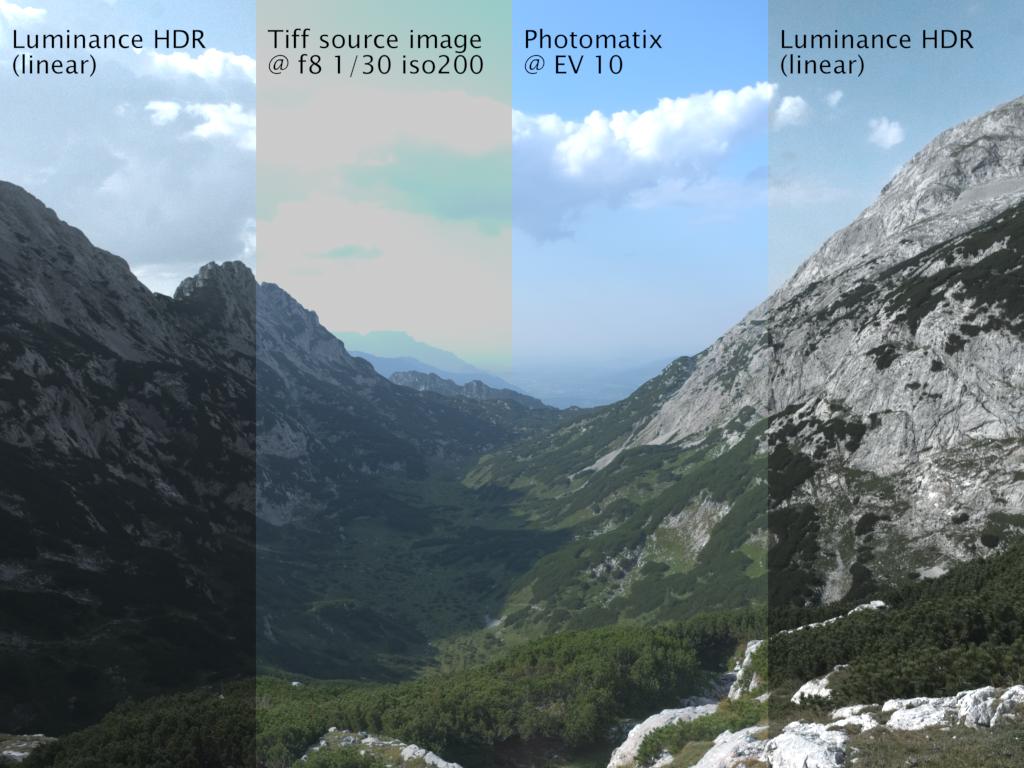 Better have @fcomida answer your questions.

RAWs are in AdobeRGB

The raws are not in AdobeRGB, they are in the camera’s space as represented by the input profile.

Can you explain the problem more clearly?

Thanks for your response - I will clarify:

I hoped to answer some of your questions by verifying a few things empirically, but the only thing I managed to verify is that there are bugs afoot.

I want to make sure my (automated) hdr pipeline centered around LHDR and RT outputs values as close to the scenes absolute values as possible.

I believe the response of most cameras is linear. Some raw files contain a “raw curve”, which I suppose might result in the raw files being non-linear, though I haven’t verified whether this affects what you’re doing. I’d guess it does.

I am capturing in AdobeRGB

You’re capturing in whatever gamut your camera has. The colorspace setting in the camera affects only the embedded JPEG preview, not the raw file.

It should. There are two ways of doing this in RawTherapee 5.7:

The resulting TIFF images appear correct when viewed in Geeqie without using a color profile - a TIFF saved using a ProPhoto gamma=1.0 output profile looks differently as expected when compared to one saved using a ProPhoto gamma=2.2 output profile. The actual pixel values are different and the profiles describe that, so when the images are viewed using the embedded profiles they look identical. So far so good. 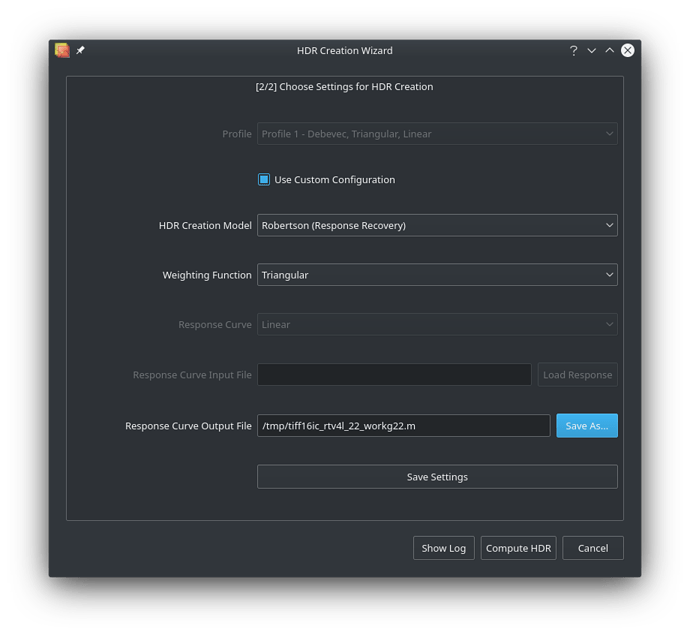 The resulting camera response curve files differed between each other in the “log10(response Ir)” column, but I haven’t succeeded in plotting a meaningful chart using LibreOffice. All three charts appear linear, here’s one: 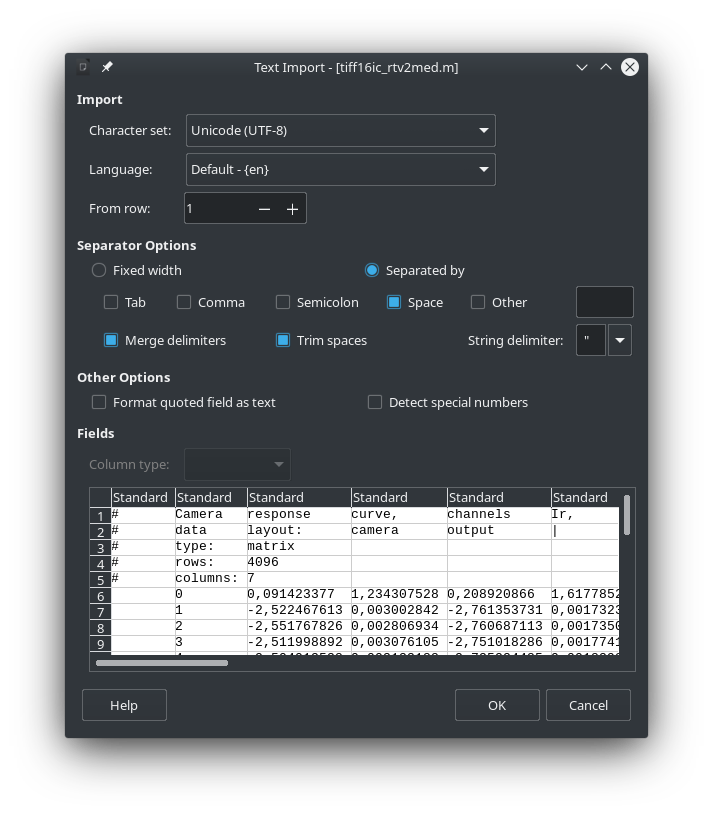 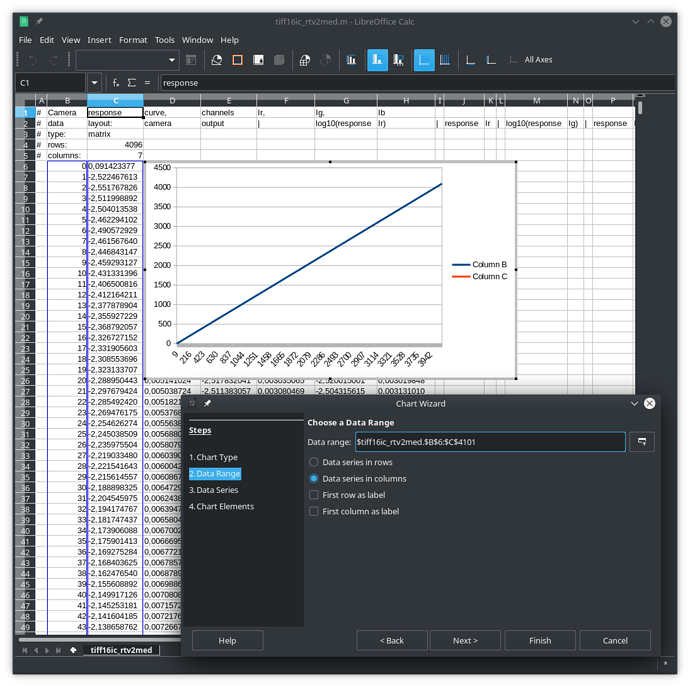 If anyone knows how to calculate camera response curves in a program which is known to work correctly in Linux, do tell.

@Elle is good at this stuff but she doesn’t use this forum anymore. Her email is below

@color Welcome to the forum! I won’t be the best person to clarify this for you; I will let someone else more fluent than I. If you would like a response from @Elle herself, please send her an email. It should be “ellestone (at) ninedegreesbelow (dot) com”.

If the tiffs have a gamma curve not equal to 1.0, they wouldn’t be linear.

an estimated response should show at least some noise tho.
Anyways, I seem to get very similar response curve estimations regardless of the tone curve I apply to my tiffs (linear or whatever gamma/slope). This might indicate the sensor of my Sony A99V reacting nonlinearly
Still got to average the response of different sets together to reduce error noise and analyze the impact of ISO on the curve. And maybe test it with another camera.
I capture 55 images at 0.3ev apart. 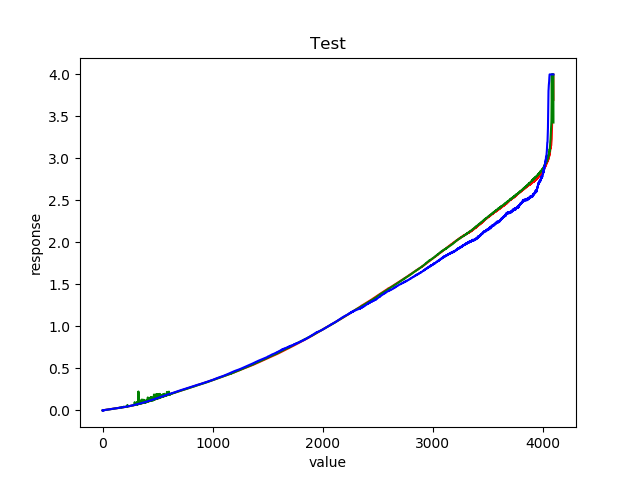 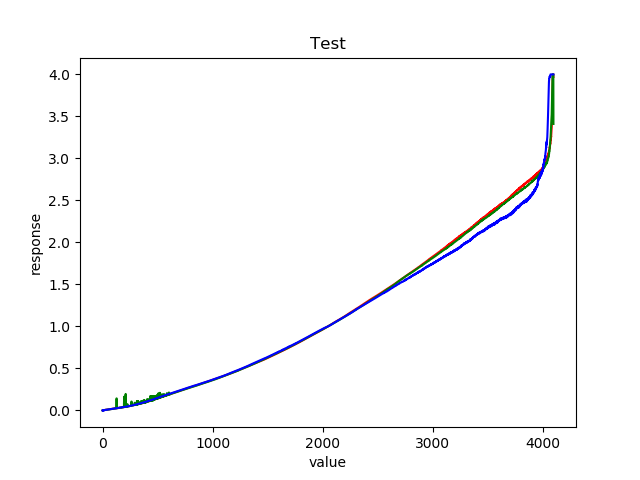